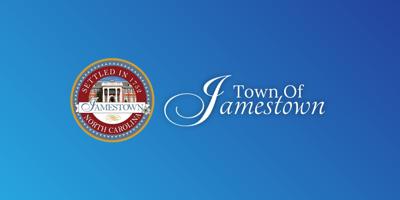 It happened again: no decision on annexation, rezoning or the development agreement for the property at Guilford College and Mackay roads was made by the Jamestown Town Council at its Nov. 15 meeting.

All three public hearings were continued until the Jan. 17, 2023, Council meeting.

“We continue to work with D.R. Horton on these items, a couple of language issues on the development agreement, “ said Matthew Johnson, town manager. “We’re still working on details. We hope that we will have that resolved and put out for public consumption for the final draft agreement. We would like to give ample time for the public to review.”

Johnson stressed that the agreement is not finalized until the Town Council votes.

Marc Isaacson, attorney for D.R. Horton, thanked the Council for their patience.

“This has been a long process and we continue to work diligently,” Isaacson said. “There are a number of moving parts. We had a productive meeting [the previous] Friday and we are continuing to work through a number of technical issues.”

He made the analogy of putting the existing Land Development Ordinance over the development agreement and over the property to see how they align.

“This is a complicated property, 467 acres. There are certain requirements in the ordinance that are impractical to comply with [given] such a large piece of property,” Isaacson added. Horton’s engineer and Jamestown Public Services Director Paul Blanchard have been discussing ways to approach those issues to comply with the LDO.

During the public comment period, several speakers noted that across the country D.R. Horton is being sued for shoddy workmanship and other problems. This is not what is needed in Jamestown, one speaker said.

The matter first came before the Town Council nearly a year ago, on Nov. 16, 2021. Developer D.R. Horton, Inc. owns the property, formally known as the Johnson Farm, and plans a 1,500-unit residential community, including 500 apartments, on the 466.7-acre site. The holdup has been the long back-and-forth process of formalizing a development agreement.

The Planning Board approved D.R. Horton’s request to rezone the property to Planned Unit Development (PUD) Nov. 8, 2021, prior to the Council meeting.

The Council also continued the public hearings for annexation and rezoning from Windsor Homes for property located at 4718 Harvey Road. Windsor Homes representative Charlie Hall said the company has not received a reply from NCDOT on the traffic analysis. He added that the original plans have been changed. The six units along Harvey Road would not have driveways opening onto that road but rather from a new road constructed on the back of those units. Windsor is considering removing 2.5 acres of commercial business as well. This will be submitted to NCDOT and will have an impact on traffic.

In other business, the Council voted 3-1 to approve amendments to the town’s solid waste ordinance. The amendments are necessary as the town will switch from trash bags to rollout containers sometime in 2023.

“The intent is to keep the same level of service,” Blanchard mentioned several times.

However, this will mean solid waste will only be collected once a week, rather than the current twice a week schedule.

Yard waste and recyclable items also will be collected once a week.

Residents may still place bulky waste such as toilets, carpet, sofas, etc., at the curb for pickup a minimum once a month. Homeowners may contact Town Hall to request pickup.

Several people spoke during the public comment session. Some liked continue use of the bags. Another mentioned some people are not physically capable of rolling a container to the street. Councilmember Rebecca Rayborn pointed out Article XI of the ordinance states arrangements can be made for the physically disabled.

One reason the change is being made is the safety of the employees riding the trucks. According to CNBC, refuse and recyclable materials collector jobs are the fifth most dangerous job in the United States, ranking higher than ninth-place construction workers. Waste 360 ranks solid waste haulers as high as third on the list of riskiest jobs.

New trucks with grab arms eliminate the need for workers to touch trash bags and hang off the side of a truck.

Councilmember Martha Wolfe noted it is hard to get employees to ride on the back of a truck.

The Town plans an information campaign to residents and businesses prior to the change to rollout carts. The updated ordinance will be available under Downloads, Ordinances on the Town’s website, https://www.jamestown-nc.gov.