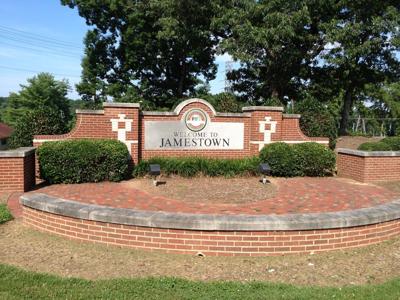 The Freedom of Information Act (FOIA) is often called the “law that keeps citizens in the know about their government.” The website www.foia.gov states, “Since 1967, the FOIA has provided the public the right to request access to records from any federal agency. Federal agencies are required to disclose any information requested under the FOIA unless it falls under one of nine exemptions which protect interests such as personal privacy, national security and law enforcement.”

FOIA not only applies to federal agencies, but to local municipalities as well, like Jamestown, where citizens can request public records. Town staff must address requests in a reasonable amount of time. This is in the interest of government transparency.

But in Jamestown’s case, a recent onslaught of requests have taxed staff and prompted a proposed update to the Town’s public records policy.

“There used to be 5-10 requests a year,” said Interim Town Manager Dave Treme, “but we have received 36 since June 2020 – 30 of those from the same person who has a High Point address.”

These records apparently relate to development on the Johnson farm property. With many of the requests being of the “any and all” type, Treme believes there could be over 10,000 emails to the Town involved in just one request and involves hours of staff time to find the information. The emails are stored off-site and the computer company managing storage must use a keyword search to find documents.

Treme said Weiner and others have amassed approximately $20,000 of staff time working in the requests since June 2020 and as of two weeks ago, all but five requests have been filled.

“The Town does not have enough staff or other resources to honor those requests, which have created a backlog,” Treme said.

When a public record is requested, it can be made anonymously, so the fact that the recent number of requests was from a High Point address should not be a factor.

Once Town Clerk Katie Weiner fills the requests, they must be approved by Treme and sometimes a department head or Town Attorney Beth Koonce, to determine if any parts are confidential and should be redacted. N.C. General Statute Chapter 132 outlines requirements for public records.

It adds up to many hours of staff time. However, Weiner can handle some requests very quickly.

“I take pride in getting these things to people as quickly as I can,” she said. “We want to be as transparent as possible.”

Assistant Town Manager/Planning Director Matthew Johnson added that a reasonable amount of time for some any-and-all requests could be as much as six months. Treme noted that everyone has other duties to perform.

“It’s not like we’re trying to withhold it, but its compound, complex and voluminous,” he said. “We’re all working on it but I can’t stop being the town manager and try to pound that out.”

He doesn’t mind spending four hours researching a request, but for more than that, the Town of Jamestown might charge $31 per hour for additional time spent. This is covered in the proposed policy under “IV. Special Service Charge for Extraordinary Public Records Requests.” It will be included in the Oct. 19 Town Council packet which should now be available on the Town’s website.

Johnson said a specific date range or request narrows the search down quite a bit.

Treme submitted his new public records policy to the Town Council in September for review, with discussion scheduled for the Oct. 19 meeting, although it will not be on the agenda until November. Both the new policy and the current one, which went into effect May 15, 2012, note that if a request requires extensive use of information technology clerical or supervisory assistance by Town staff, then a special service charge may be assessed, in accordance with NCGS 132-6.2

The 2012 policy states, “A request is deemed extraordinary when, in the Town Manager’s opinion, a request would unreasonably interfere with a staff members primary duties or requires the assistance of more than two hours from a contractor engaged by the Town.” The proposed policy changes the time limit to “more than four hours.”

Copies of the current public records policy and request forms are available on the Town’s website, www.jamestown-nc.gov under downloads.