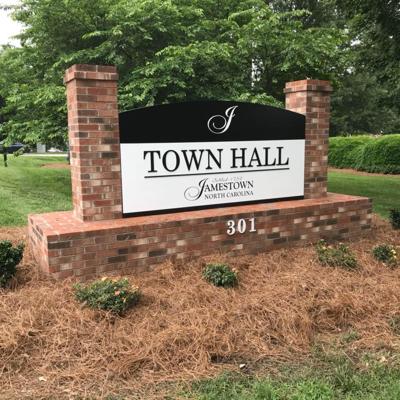 There have been several news reports by various media noting some municipalities would have elections this fall and some would not. It is confusing, even to the point that the Guilford County Board of Elections stated on its web page that Jamestown would not hold elections, then reversed itself on the same page that the town would hold elections.

To be clear, Jamestown will be having elections Nov. 2 for mayor and Town Council. That may be the only clear thing about the upcoming election.

If more than two candidates file for mayor or more than eight for Council, there must be a primary October 5.

This year will be the beginning of staggered terms for the four councilmembers, based on an ordinance adopted by the Council May 21, 2019.

Thus, a maximum of half of the Council would be elected every two years.

The next election of the Jamestown mayor would be held in 2025.

The Town Council discussed the possibility of staggered terms for several months in 2019. At the time, members believed a change could be effected for that year's election but a petition was received in opposition, delaying implementation until the 2021 election. The Town Council held a special meeting July 5, voting to place the amendment to the charter calling for staggered terms on the Nov. 5 ballot. In November, Jamestown voters approved the amendment 59.67 percent to 40.33 percent.

• It ensures continuity of leadership. Under the old system of all councilmembers eligible for re-election every two years, an entirely new council could be disruptive to staff and citizens alike.

• It allows councilmembers a greater likelihood to see projects through from inception to completion. Projects often take more time than two years to implement.

• Staggered terms reduce the power of "voting blocs" or special interest groups/political action committees from staging a complete takeover of Council leadership in a single election.

• It also reduces the possibility that voter wrath over a single controversial issue will cause a drastic shift in Council leadership.

This was the first time the Town's charter was been amended since 1981.

Former Councilmember Georgia Nixon was the only member to retain her seat following the 2017 election. Additionally, Lynn Montgomery was elected mayor that year over incumbent Keith Volz. Montgomery believes this change "was always needed."

"I see it as more value to the town staff because of the continuity," she said 2019, "I've been on several Councils that have had changes. When we change, the staff has to figure out what we're dealing with, what we're about."

It is not known if any of the current councilmembers or mayor will seek re-election.