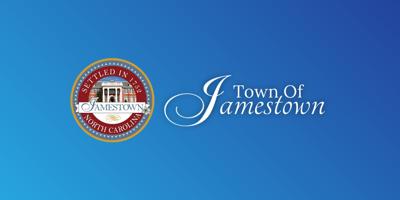 Will the seventh time be the charm for three public hearings on the property along Guilford College and Mackay Roads? Public hearings for annexation, rezoning and a development agreement are all on the Town Council’s agenda for June 23.

The delay has been caused by continued work on a development agreement for the property now owned by D.R. Horton, which requested the agreement. The company is working on the plan with the town staff, town attorney and land use attorney Tom Terrell. An incomplete draft was available in the January Council packet.

At the April 19 Council meeting, the hearings were continued until June, as representatives from D.R. Horton, the company’s attorney Marc Isaacson, Jamestown’s Land Use Attorney Tom Terrell and a few audience members filled many of the normally empty seats in the Civic Center that night.

“Sometimes, taking a long time on a project is a good thing,” Terrell said of the development agreement. “This is not a small project. This started months ago. We met with D.R. Horton and we made it very clear the Town is looking for a type of function and a type of quality out of this project.”

Isaacson requested the continuance on behalf of the property owner, stating D.R. Horton disagrees with parts of the draft.

“We believe we’re making progress, but there are a few key components and open items,” Isaacson said. “I don’t think any of us, especially a home builder, would enter into an agreement such as this. We want to get this right.”

Also on the Council’s agenda is a presentation by Tigermoth Creative of a new marketing video. Marketing of the town is part of the Town’s Strategic Plan, which is also on the agenda for updating approval.

Under business, the Council will consider approval of a Jamestown Golf Clubhouse Facility Use Policy. The group will also consider an offer from George Ragsdale for property located at 304 R1 East Main St. This is a 0.53-acre land-locked strip behind Main Street businesses Simply Thai, Wells Fargo and Flare’s Boutique.

Following the regular session, the Council will go into closed session to discuss matters related to attorney-client privilege regarding 2216 Guilford College Road as well as a personnel matter.

Due to conflicts, the June meeting has moved from its regular Tuesday position to Thursday, June 23. The public is invited to attend the 6:30 p.m. meeting in the Civic Center at Town Hall.

The meeting will be streamed live on the Town of Jamestown’s YouTube page. www.youtube.com/c/TownofJamestownNC and will be available on the Town website following the meeting.