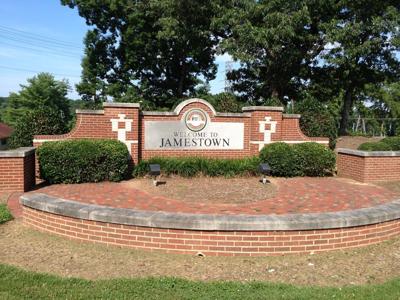 D.H. Horton Company has managed to do something Diamondback Investment Group could not – have the former Johnson property rezoned from Agricultural to Planned Unit Development (PUD) by the Planning Board. The Town Council will make the final decision at a later date.

The Planning Board met seven times in four months in 2020 before denying Diamondback’s rezoning request for approximately 466.7 acres along Guilford College and Mackay roads in November of that year. The Council denied the request in February 2021.

The Planning Board took less than two hours to make the most recent decision.

According to the new Comprehensive Plan adopted in October, the Planned Unit Development zoning district “is intended to be used as a tool to permit the design and development of innovative and integrated neighborhoods on a larger scale than can be adequately regulated by the conventional regulatory structure of the general zoning districts. Such developments will typically include a wider range of housing types than is typically seen in most conventional residential developments, and will generally include some nonresidential uses in a centralized area that is connected to the overall development. Planned Unit Developments also will typically include an integrated transportation network, with robust facilities provided for bicyclist and pedestrians, along with significant amounts of open space and recreational amenities.”

A majority of the rezoning portion of the Board’s meeting was background and advice presented by Tom Terrell, the Town’s land use attorney, Community Planner Seth Harry, who led the community in property visioning workshops in September, and Planning Director Matthew Johnson.

Terrell reviewed the Planning Boards role in a rezoning request and said they were “the keepers of the Comprehensive Plan,” which is a blueprint for future development and land use.

“But don’t look for 100 percent consistency,” Terrell said. “Your role is to review and comment.”

Harry’s visioning workshops brought a concept design for the former Johnson property, which developers were not bound to follow. Representatives from D.R. Horton attended the workshops and listened to the community’s concerns and preferences, resulting in a rough plan submitted to the Town in October. Johnson overlaid this plan with the suggested plan from the workshops and they were very similar.

“This is quite possibly one of the largest issues to come before the appointed and elected leaders of our town,” Johnson said. “We all understand that rezoning is contentious.”

Johnson spoke on how this rezoning request was different from the one presented by Diamondback and noted that he believes Diamondback was acting as a broker for the property, which at the time was still owned by the Johnson family. The family sold the property to Diamondback in June 2021 and the company turned around and sold it to D.R. Horton.

“There are several minimum standards that will apply, the [PUD] ordinance allows quite a bit of flexibility,” Isaacson said, noting that PUD and a development agreement create this flexibility.

D.R. Horton has requested the Town provide a development agreement for them to follow.

Although the exact plan has not been submitted to the Town, Isaacson said there will be a variety of housing types – single family attached and detached, with some townhomes. The number has not been determined. The company is working with a local history buff to provide information not only on the community but on the Johnson family itself. Access points from Guilford College and Mackay roads also have not been determined.

Isaacson repeatedly said the development would be of high quality.

There was very little public comment during the public hearing, nor did board members have many questions and comments. In the end, the rezoning request was approved unanimously.

The Town Council held a public hearing on Nov. 16 regarding annexation of this property but was expected to continue the hearing until the Dec. 21 meeting.

In other business, the Planning Board unanimously approved updates to the Land Development Ordinance, primarily relating to sign regulations, nuisance abatement and minimum housing standards. The Council held a public hearing on the updates on Nov. 16. The result was unavailable at press time.

The Planning Board meeting may be viewed at www.youtube.com/c/TownofJamestownNC.

Once a plan is finalized for the former Johnson property, a development agreement will be attached to that property. This agreement must be followed no matter who the owner is.

The current Land Development for Jamestown defines a development agreement as: “An agreement between the Town of Jamestown and a developer pursuant to NCGS 160D-1001 for a large-scale development with a lengthy build-out period and having a public-private partnership component involving mutual financial interests.”

“We tell the developer what we want,” said Interim Town Manager Dave Treme. “D.R. Horton [the current owner] is willing to work with us.”

“A development agreement is a voluntary contract between a local jurisdiction and a person who owns or controls property within the jurisdiction, detailing the obligations of both parties and specifying the standards and conditions that will govern development of the property.” (Municipal Research and Services Center of Washington) (MRSC)

The agreement assures the developers that development regulations which apply to the project will not change during the term of the agreement.

The UNC School of Government defines development agreements as “the contracts that vest rights to develop a specific project for an extended period of time subject to the terms and conditions in the agreement. … they vest rights in the existing regulations applicable to a specific parcel to the mutual benefit of the landowner and the public.”