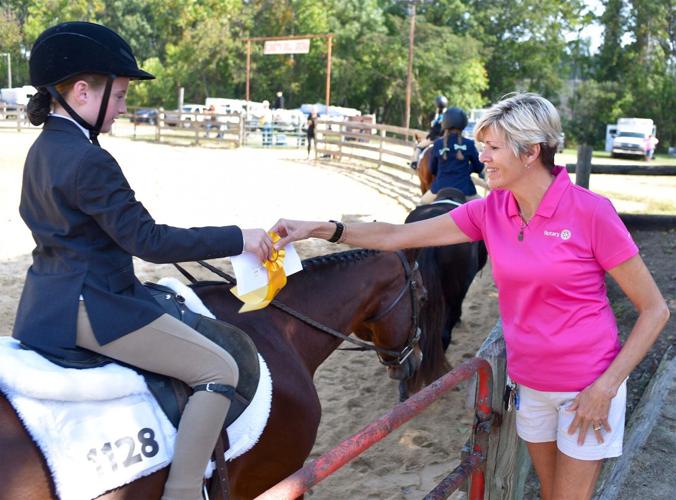 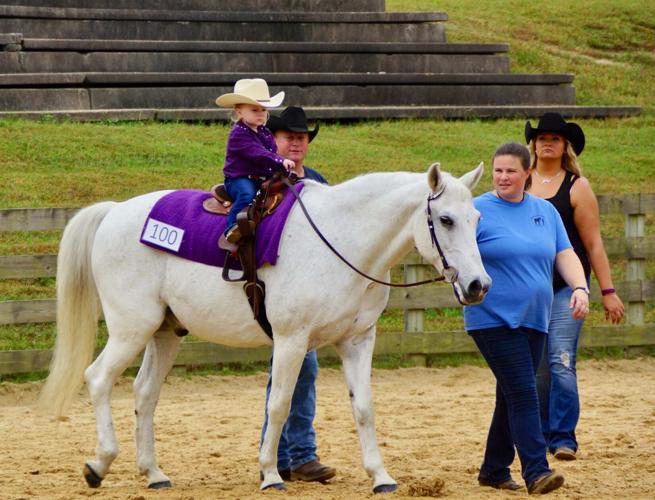 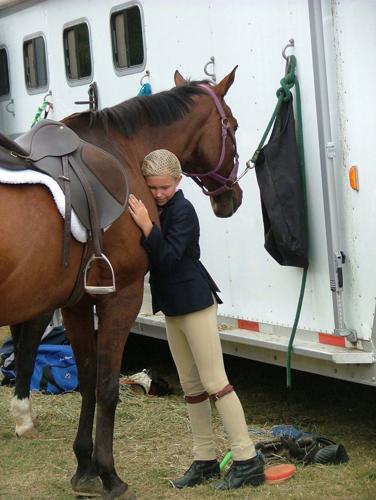 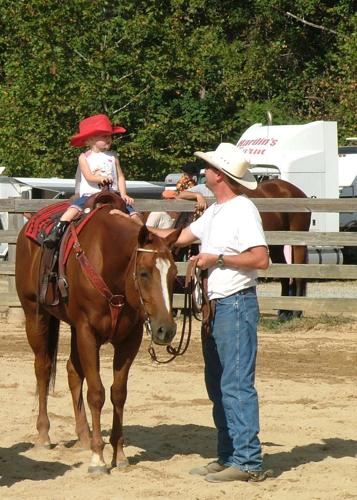 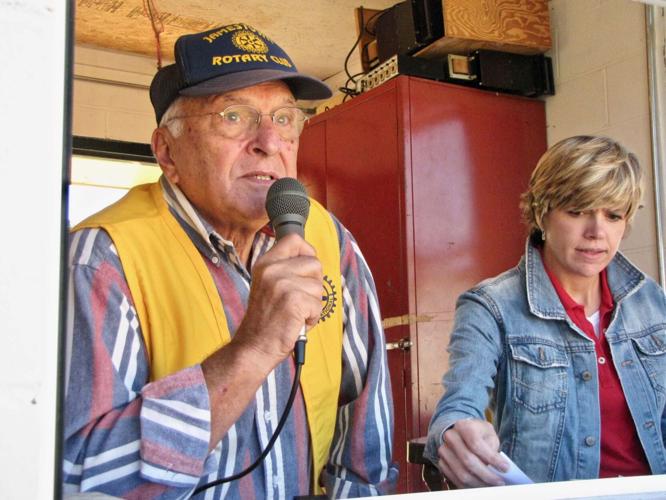 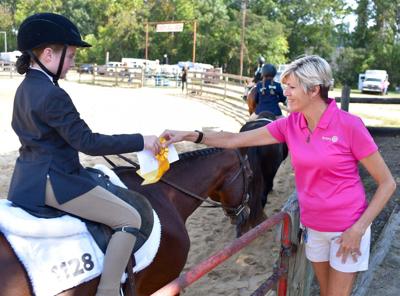 A new decade is underway for the Jamestown Rotary Club Horse Show as it approaches its 61th event. For the past 60 years members of the Jamestown Rotary Club have participated in the annual fundraiser and this year will be no different. They will be at the Piedmont Saddle Club arena at 8001 Leabourne Road, Colfax, on Oct. 1 to help participants and spectators enjoy the activities. The fun begins at 10 a.m. and continues throughout the day.

A total of 49 classes will be judged in Western and English style. Some participants do both. Each one competes for points from the Piedmont Horsemen’s Association to count toward awards at the end of the show season.

“The horse show serves a two-tier function,” said Michael Greth, Rotary member and chair of the event for the past three years. “It is an opportunity to get revenue to support charities, non-profits and schools in our area, but also to enhance community presence. It is a fun, family event and this year we will have drawings to give away approximately $900 worth of gifts to people in the bleachers.”

Although the goals for the Jamestown Rotary Club have remained the same throughout the years the event itself has seen several changes. It started when Bob Moore, a member of Jamestown Rotary, and Vance Proctor, president of the local Grange chapter, were riding horses together and came up with the idea for the two groups to present a local horse show. With the help of Piedmont Saddle Club, the only group with a portable ring, the long-standing event began.

Several years later, when the Piedmont Saddle Club and the Grange withdrew their sponsorship of the show, the Jamestown Rotary Club took over sole responsibility of conducting it. Moore and fellow Rotarian Bob Whisnant built a portable ring for the club’s use. Originally held at High Point College Athletic Stadium, the show later found a home at the Jamestown Public School athletic field for many years.

The horse show once included music from local bands and singers, and even a dog show held during lunch break as an additional form of entertainment.

Several years ago, the venue for the horse show changed to the Piedmont Saddle Club arena, where there is both an indoor and outdoor show area. The various events transition from one to the other. What was once more of a rodeo atmosphere is now strictly part of the Piedmont Horsemen’s Association show circuit. Judges are rotated from year to year.

“The horse show is more for the participants now,” Greth said. “The competition is on a point system and at the end of the year the riders with the highest numbers of points win awards.”

The beautiful horses and the communication between riders and their mounts are still exciting for spectators to witness, however.

“It is interesting to watch the younger riders focus as they compete,” Greth said. “They are in control.

“One of the most interesting entries I saw was a dog sitting in the saddle as the horse was lead around the ring by the participant,” Greth added. “I asked the judge how she planned to grade it and she just said she would figure it out.”

Admission to the horse show, as always, is free but passes to the event will be presented to local school children to promote the activity. Each child who attends will receive a ribbon from a past show.

“We started that last year,” Greth said. “We received some historic ribbons from the estate of Bob Moore and still have a few of them left. We will give them away and when we run out will give newer ones. The kids enjoy getting them and it is a trend we want to continue.”

The horse show is one of two main fundraising events sponsored by the Jamestown Rotary Club.

“One hundred percent of the money we raise goes back into the community,” Greth said. “Covid slowed things down, but last year was better than the year before and we think this year will be even better. Club members spend lots of time getting sponsorships and we hope to have at least $8,000 to distribute as needed.”

Take Hwy. 68 north. Pass the airport and I-73. Leabourne Road will be on the left at GTCC’s Cameron Campus.

Stein Not Above the Law

Lawyers and police officers are supposed to know, enforce, and obey the laws. Here in North …