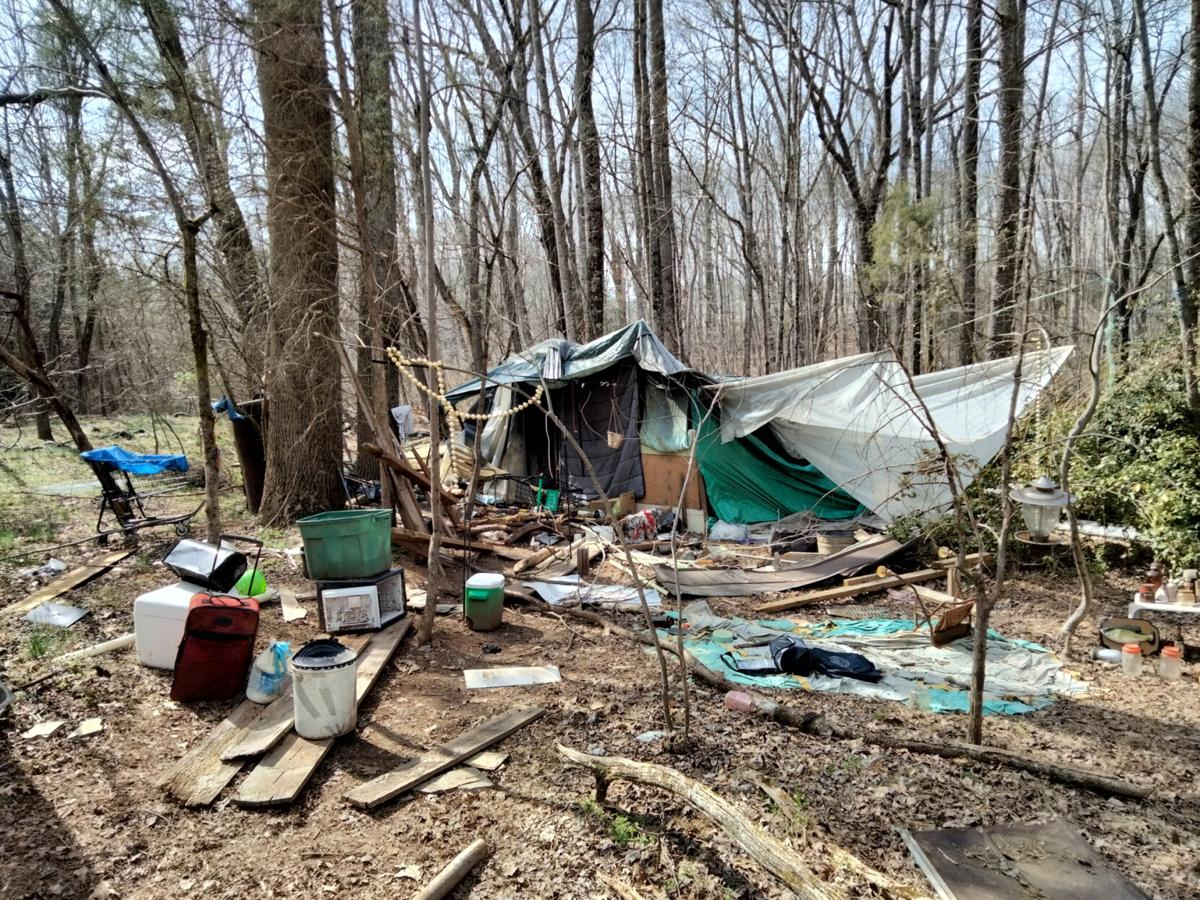 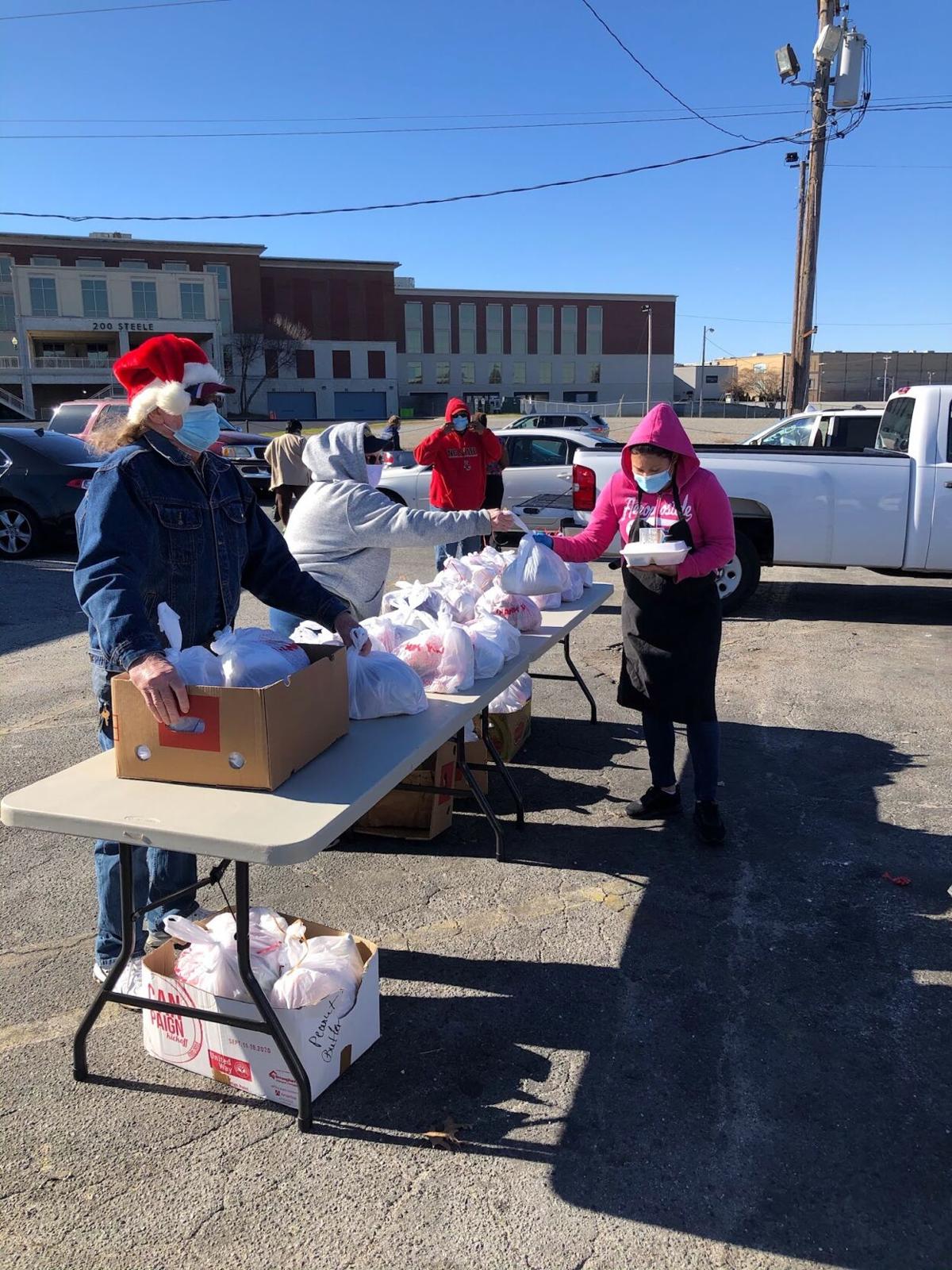 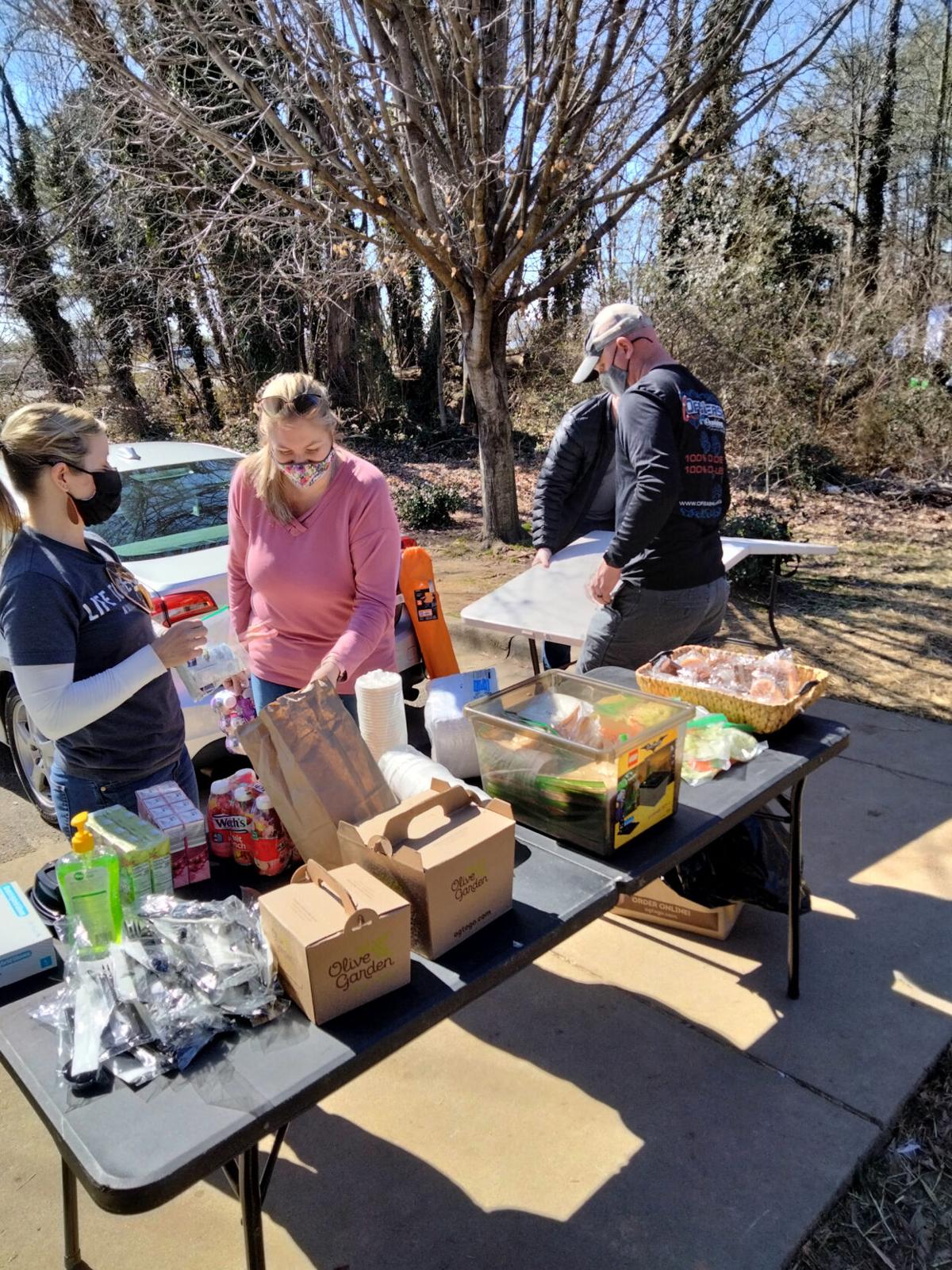 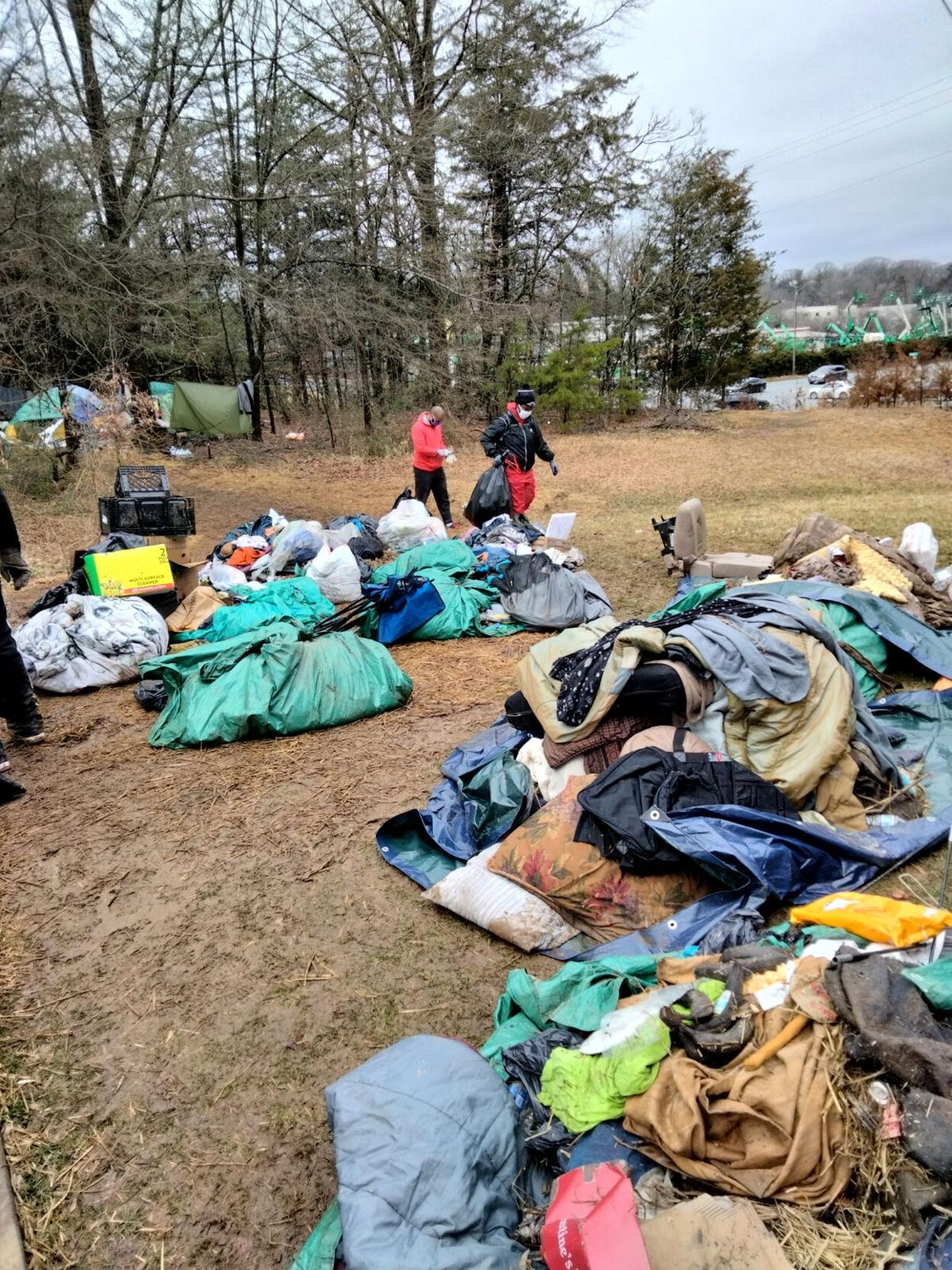 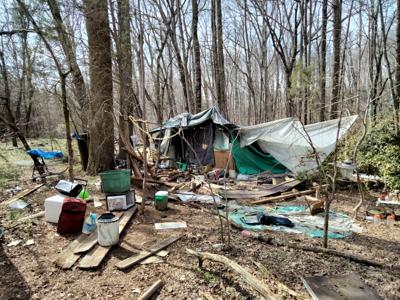 This is Part 1 in a series of in-depth articles looking at homelessness and housing insecurity in the Triad’s three largest cities, its impact, and what can be done to help alleviate the issue.

While many and their loved ones have faced trying economic times within this last year and a half, one thing that has become even more prevalent has been the disparities among different populations and subpopulations among the nation and the Triad. These disparities include inequities when it comes to health, education, employment, and housing. They are the same inequities that have always been around yet are now highlighted since a light has been shined on them.

The Triad’s Housing Crisis, or lack thereof, is one of those inequities. Last year’s economic fallout, rolling recession, and sudden job loss found not only hundreds of thousands of Americans jobless but homeless as well, along with their families. North Carolina and the Triad weren’t indifferent to that devastating blow.

Realistically, many of these people just joined the already Invisible People who have clung to the corners of streets with “Help Me” signs and who have littered clearings with tents and makeshift shelters to provide alternatives from a sleepless night on the cold, damp ground or a warm yet dangerous situation.

From Tenant to Tent

Data from the U.S. Department of Housing and Urban Development (HUD) shows that there were an estimated 9,280 homeless individuals in the state of North Carolina in 2020, compared to 9,314 in 2019. The reports are based on Point-in-Time (PIT) information provided to HUD by Continuum of Care (CoCs) Homeless Assistance Programs. Traditionally, the PIT Count provides a count of sheltered and unsheltered homeless people on a single night during the last ten days in January, along with the assistance of some CoC Homeless Assistance Programs to provide counts by household and subpopulation based on the PIT. Due to the pandemic and COVID restrictions, many areas and agencies did not conduct a full PIT this year, so many areas are having to work off the data from 2019 or are limited in their 2020 data.

In 2019, the Winston-Salem/ Forsyth County CoC reported 454 people described as homeless on any given night, according to the National Alliance to End Homelessness (NAEH) state dashboard. That number would equate to 12 people being homeless out of every 10,000 of the area’s general population. Between 2007 and 2019, Winston-Salem/Forsyth County CoCs total homeless population and sheltered population decreased by 10 percent, while its unsheltered population showed no change, according to the NAEH dashboard.

Again, the report includes a summary of other populations that often contribute to many individuals being homeless, including those who are severely mentally ill, have chronic substance abuse, those battling with HIV/AIDS, domestic violence victims, veterans, unaccompanied youth (between the ages of 18-24), parenting youth (between the ages of 18-24) and their children.

While the numbers indicate homelessness in the Triad has decreased, a drive down any of the central city streets or a wait at a longer-than-normal traffic light will show you a different story. So whom should we believe?

Michelle Kennedy, executive director of the Interactive Resource Center in Greensboro, said that the reported Point in Time numbers are traditionally notorious for “undercounting” and doesn’t take into account that many have found some sort of temporary home during that time frame.

“Experts estimate PIT counts may be off as much as 50 percent. It is held during the last week of January, which is problematic because, during colder weather, more folks are in some type of temporary situation to avoid the cold- resulting in a lower count. Simply put, if you’re relying on a PIT count, you’re using bad data,” she said.

Ryan Ross, executive director of Open Door Ministries in High Point, said that the men’s shelter served a total of 84,000 meals to the community and sheltered 498 men within the last year, noting like Kennedy, that those numbers are down from previous years.

“It’s because the guys are staying longer, and we are not allowed to be at full capacity,” he said. “Right now, we can only house 30 at a time. We have seen a lot of guys come through our shelter this year, but also, there are more guys on the streets.”

Ross said he and his staff think it’s due to the housing demand increase and that many, due to the pandemic, have planned to stay where they are instead of moving like they usually would. The agency frequently assists with housing placement, whether it’s transitional or permanent, along with housing homeless men.

“This limits those with low and fixed incomes. Typically, we try to help clients get into something they can afford while they work and save to move to something that might cost more but is a little nicer,” he said. “With the pandemic, those housing opportunities are more limited. Even the cost of boarding houses has increased.”

From Supervisor to Sidewalk

The Triad is behind when it comes to pandemic economic recovery in comparison to some of the states’ more prominent and more affluent cities. According to the North Carolina Justice Center, the scale of the economic harm “has not been met with an adequate policy response.”

One example given in its February 2021 report is that state Unemployment Insurance benefits began running out in the latter part of 2020 while there were still not enough jobs available. By November of last year, fewer than 75,000 North Carolinians were receiving continuing UI benefits while more than 300,000 were actively looking for work, according to the report. Though federal benefits have assisted in filling the gap, the center states in the report that “more state and federal aid will be needed” to help families get over the latest financial recession.

“This crisis is targeting North Carolina’s worst-paid workers and most economically disadvantaged communities with eerie precision, even while a lot of people who were doing great before the pandemic never missed a paycheck,” said Patrick McHugh, research manager with the North Carolina Budget and Tax Center.

As of January 2021, there were 297,599 people actively looking for work in the state in comparison to the 10,130,000 looking for work in the nation. Between February 2020 and March 2021, the Greensboro/High Point metropolitan statistical area lost 20,800 jobs or 5.7 percent, and the Winston-Salem metropolitan statistical area lost 5.2 percent jobs, a total of 14,200 jobs, according to the state Budget and Tax Center.

The loss of those jobs is a significant contributor to the growing, albeit undocumented, homeless population in the Triad.

For Ross and Open Door Ministries, most of their clients were employed by temporary agencies in the area with the hope of becoming full-time employees someday. During the pandemic, there was a long period of time that companies, through those temporary agencies, were not hiring employees.

“Our clients are not ‘essential workers’ usually, so this made job placement incredibly hard. We are technically a 30-day housing shelter. Which means in the past we get guys in, try to get them jobs and some form of stable housing within a month,” Ross said. “With the pandemic, we have allowed guys to stay much longer. This means we have a set amount in our shelter, but there are those on the street that we just can not get in as rapidly as we have in previous years.”

Kennedy agrees that many labor streams, especially the service industry work sets, dried up when the pandemic started.

“Many folks do day labor or work temporary jobs. Those employment streams virtually disappeared during COVID,” she said. “Many other folks who were marginally housed found themselves facing homelessness as their employment situation deteriorated.”

Ross said that substance abuse and mental health issues have been a mitigating factor on many people choosing to live unsheltered versus the alternative, and said that it’s a continuing concern.

“We are seeing many guys that just are not wanting to be sheltered or are not able to live in a structured environment where drugs and alcohol are not allowed. This leaves guys on the streets that are in need of help, but we are having a hard time reaching.”

Ross said that while it’s the agency’s goal to try and feed everyone who asks, this last year has been an especially tough one. He also acknowledges that it won’t stop him or his staff from trying.

“We try to house and feed everyone that comes to our door, but over the past year, that has been hard. We have added a new mobile meal program to try to reach more people,” he said. “Our goal is to feed and house all those that need it, and we will continue to work hard every day to accomplish this.”