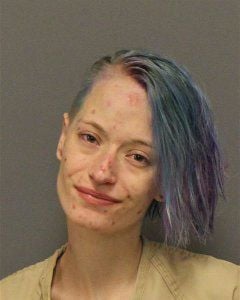 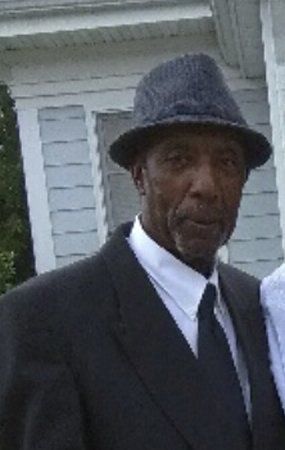 Her and her twin’s driving records include seven crashes, three DWIs in four years

On May 30, 22-year-old Gwynne Macdonald Furches of Greensboro veered off East City Boulevard and fatally struck 72-year-old Elijah Edward Coppedge as he walked toward East Florida Street near the intersection with Aster Drive.

According to the incident report, Furches did not stop after hitting Coppedge but attempted to swerve back onto the roadway. Instead, she slid into a luminary pole and crashed through a wooden privacy fence at 14 Aggie Ct.

On June 3, a prosecutor told Judge Becky Brown that Coppedge had been struck so hard “his bones were sticking out his knees.” She also said that Gwynne Furches had been told, “you’re going to kill someone if you keep doing this” after a previous collision.

According to court records, Gwynne Furches was driving while impaired in both the 2018 incident and last Thursday’s fatal one. The prosecutor described how Gwynne Furches claimed to be unaware she’d hit the man whose body, unnoticed by the Aggie Court resident who called 911 and the first officers on the scene, was discovered by the firefighters who arrived minutes later.

The prosecutor said that Gwynne Furches, who does not have a driver’s license, claimed to be her identical twin sister Jessa Furches.

The alleged deception was only discovered at Wesley Long Hospital, where Gwynne Furches was taken because she was “acting erratically” and “rolling around on the grass,” when a police officer arriving at the hospital said, “that’s not Jessa, that’s Gwynne.” According to the prosecutor, this is the second accident at which Gwynne Furches has claimed to be Jessa Furches. The first was on Feb. 13, 2018, when she swerved off Southbound I-85 and into a tree and was allegedly warned about the danger of killing someone if she continued to drive impaired.

On June 12, Gwynne Furches will make her first court appearance on charges from that earlier accident, in which the accused offenses are Driving While Impaired, Reckless Driving to Endanger, No Operator’s License and Resisting Public Officer.

The charges from last week’s fatal crash are more severe, with Gwynne Furches facing up to 20 years in prison. They include Driving While Impaired, No Operator’s License, and Felony Death by Vehicle.

The prosecutor said, depending on lab results, the Felony Death charge might be upped to “B2 Second-Degree Murder” on July 2, the date scheduled for Furches’ second court appearance on charges from last Thursday’s fatal crash. North Carolina law states that a Second-Degree Murder charge can be brought when death results from “an inherently dangerous act or omission, done in such a reckless and wanton manner as to manifest a mind utterly without regard for human life and social duty.”

Jessa Furches also has a court date this month. On June 27, she is scheduled to appear on charges of Driving While Impaired and Failure to Reduce Speed. An event search on the Greensboro Police website shows her as having been arrested on those charges at W. Gate City Blvd. and Fulton Street on March 11 of this year.

The event search function on the Greensboro Police website shows both sisters involved in five crashes since 2015. That figure does not include the three DWI incidents described above. According to police reports, Jessa Furches was the driver in three of those five crashes, with Gwynne Furches as the driver in the other two. In at least four of them, the other sister was a passenger.

On March 13, 2015, a 1996 Oldsmobile driven by Gwynne Furches rear-ended an automobile driven by Maissa Mbaye on S. Holden Rd. According to the incident report, Gwynne Furches “stated she looked down at her phone`s GPS for a brief moment” while Mbaye was slowing down for a vehicle turning in front of him. The vehicle belonged to the twins’ mother Jamie Furches. Jessa Furches was a passenger.

On Feb. 24, 2016, a 1992 Chrysler driven by Gwynne Furches ran a red light at W. Friendly and N. Lindell hitting a car driven by Rick Louis Shapiro and spinning it into one driven by Savannah Lindsay Driggers. The Chrysler was owned by Jessa Furches, who was also a passenger.

According to the incident report, Shapiro told the officer that the Furches’ vehicle left the scene, but returned before police arrived. The report described Gwynne Furches as “emotionally distraught, crying and unable to perform the task of moving the vehicle to a nearby parking lot.” It stated that she was “screened roadside for impairment, but none detected.” She was charged with Failure to Stop at Red Light and Speeding.

On Nov. 23, 2017, a 2004 Toyota Camry driven and owned by Jessa Furches and carrying Gwynne Furches as a passenger struck bicyclist Andrew Lee McNeil at the intersection of Elm Street and Friendly Avenue. According to the incident report, Jessa Furches claimed McNeil had suddenly merged in front of her, but McNeil claimed he was going straight ahead and was not in front of the car when it struck him. McNeil went to the hospital, but there is no record of charges filed.

On Nov. 13, 2018, Jessa Furches rear-ended a car driven by Casey Leigh Wermuth near the intersection of North Elm and Tankersley Drive. According to the incident report, Jessa Furches said that she had been distracted by an argument with her passenger Gwynne Furches, and did not realize the vehicle ahead of her was slowing down. The car, owned by Jessa Furches, was the same 2007 Chevy Impala that Gwynne Furches was driving when she fatally struck Elijah Coppedge six months later. The incident report indicates no record of charges filed.

On Jan. 28, 2019, a parked car belonging to Wesley Adamson Gilbert was struck by a hit-and-run driver at 547 S. Mendenhall St. CCTV footage placed the 2007 Impala belonging to Jessa Furches at the scene. According to the incident report, Jessa Furches claimed to be unaware of the collision. Insurance information was exchanged, and no charges filed.

On June 3, 2019, Jessa Furches and her mother Jamie Furches wept in court while Judge Brown described the felony charges against Gwynne Furches, who could also be seen crying on the jail monitor. Jamie Furches told the judge that the family could not afford an attorney or her daughter’s $500,000 bond, which, at the prosecutor’s request, the judge raised from the previously set $200,000.

Jamie Furches told the judge that Gwynne has cystic fibrosis and diabetes, that she requires a feeding tube and 15 daily medications, and that she has been hospitalized four times this year, “But this isn’t just about Gwynne and our family.”

Reading from a prepared statement, she said, “I want the family of Mr. Coppedge to know that my heart and soul hurt so much for their loss and I feel shame and embarrassment on behalf of Gwynne’s actions and the choices she made that night.”

Jessa Furches told WFMY that “Gwynne is not a bad person, but she made a horrible mistake and she does need to pay the consequences for this mistake so she can learn.”

Any such lessons will be too late to help Elijah Coppedge. According to Hargett Funeral Home, his homegoing celebration will be held Monday, June 10, 2019, at Love & Faith Christian Fellowship at 4344 Blackberry Rd. Visitation with the family will begin at 11:30 a.m., followed by the noon service. Interment will follow in Lakeview Memorial Park at 3600 N. O’Henry Blvd.