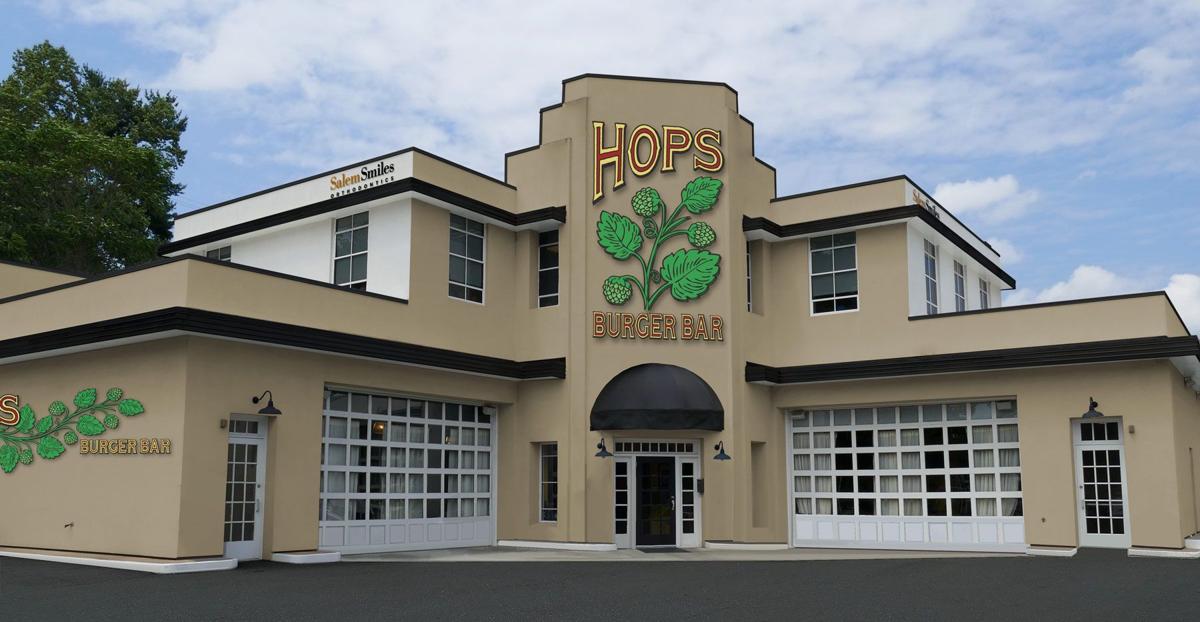 A Greensboro-based and nationally acclaimed burger joint is expanding to Winston-Salem’s West End in spring 2019. Hops Burger Bar is adding its fourth location at 901 Reynolda Rd., formerly known as the location of Carmine’s 901 Grill.

“That is one of the most eclectic, beautiful buildings I’ve seen in North Carolina,” said Hops co-owner Chris Martin of the new location. “And it is sitting right on the corner of Northwest Boulevard and Reynolda Road.”

Martin said he and Hops co-owner David Essa admires the history and architecture of the building.

“That is our brand, and that is exactly where we want to be in a structure like that,” Martin said. “And there is a lot of history with it. That was the original Quality Oil Company headquarters.”

Martin said the West End is growing and that this opportunity for him was “too good to give up.”

“We just got very fortunate with this being in the right place at the right time,” Martin said.

Martin said he loves the arts district and can’t wait to meet the rest of its artistic community.

“That location is what we were waiting for,” he said. “When it came around, even as quickly as it did, we just had to jump on it. We couldn’t let that go by.”

Martin assured that there is plenty of parking spaces available for patrons. He said, in total, there are over 100 parking spots and three parking lots up West End Boulevard.

“In that respect, this one is a lot different than the other three [Hops locations],” he said with a chuckle.

Construction is set for January and is set to open in spring 2019, which comes right in time for summertime patio season. Martin said the patio would seat 24 people and the two garage bay doors (which were the original doors used by Quality Oil Company)  lift and open during the spring, summer and fall seasons.

Martin said that the menu would remain the same and specials will be uniform with the other locations. He said there are no more plans for further expansion.

“Our brand awareness is very high in Winston-Salem and the surrounding area,” he said. “We feel this is a great place.”