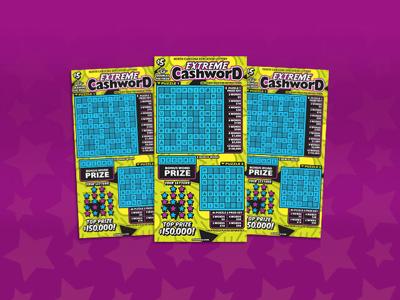 RALEIGH – Aweis Mohamed of Greensboro thought he had won $1,000 on a scratch-off ticket but, much to his surprise, it was worth a whole lot more.

“My heart just dropped!” recalled Mohamed when he realized his big win.

After a long day at work, Mohamed, who works as a manufacturing technician, stopped at the Penny Saver on Lees Chapel Road in Greensboro to try his luck on a few Extreme Cashword tickets.

Mohamed claimed he prize Wednesday at lottery headquarters in Raleigh. After required federal and state tax withholdings, he took home $110,864.

“I had to see it to believe it,” he said. “I told myself to stay positive and stay humble and if it’s your time, it’s your time.”

Mohamed said he plans to use the prize money to pay off the mortgage on his house.

Ticket sales from scratch-offs like 100X The Cash make it possible for the lottery to raise more than $725 million a year for education. For details on how lottery funds have helped all of North Carolina’s 100 counties, click on the “Impact” section of the lottery’s website.