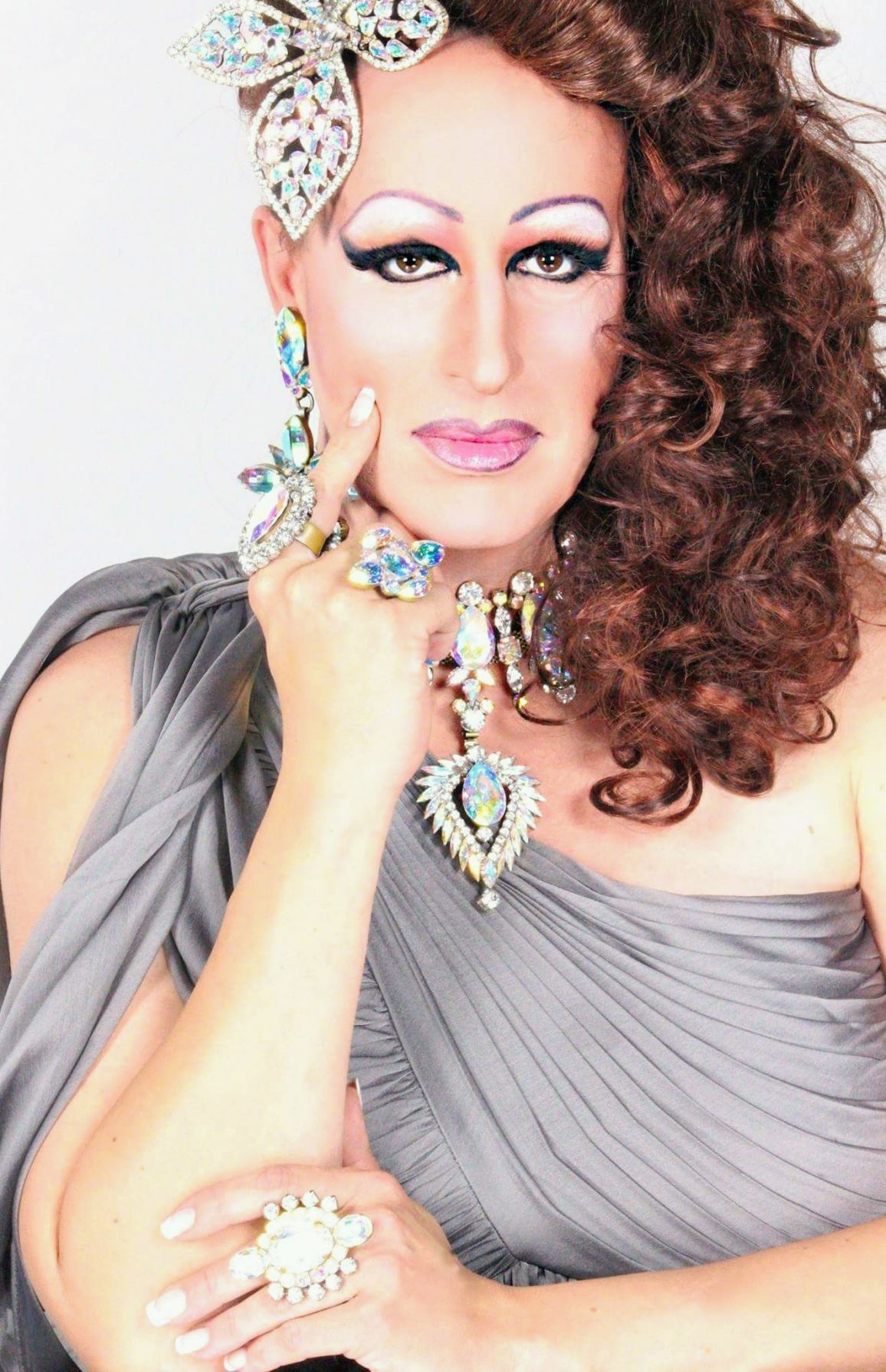 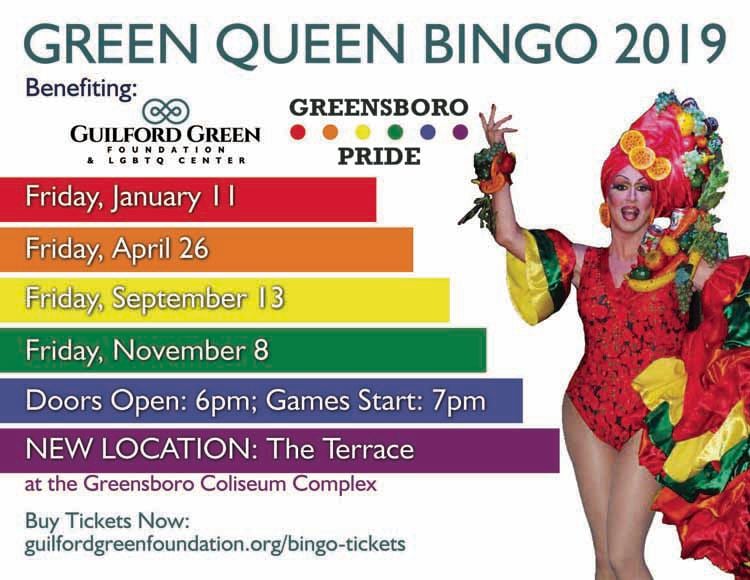 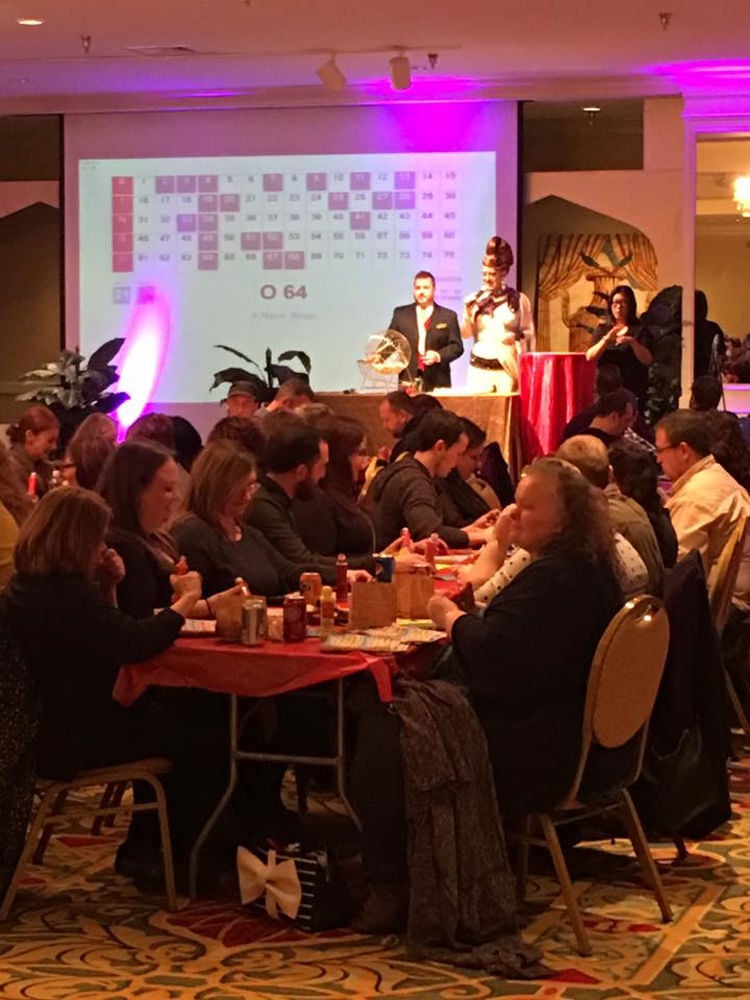 Guilford Green Foundation’s Green Queen Bingo is back and announced its 2019 dates. This year, GGF partnered with Greensboro Pride with a goal to bring Greensboro’s LGBTQ community and its straight allies closer together.

“[Green Queen Bingo] has always been a great community event that brings together the LGBTQ community and our straight allies to raise money for Guilford Green Foundation, and just to have fun playing bingo with drag queens,” said Jennifer Ruppe, the executive director of the Guilford Green Foundation and LGBTQ Center. “In my opinion, that is the best way to play bingo.”

Ruppe said attendance for Green Queen Bingo is usually between 300-400 people. She said she is excited that GGF and Greensboro Pride decided to partner for 2019 and onward because she believes that they would be more efficient in raising money and providing LGBTQ events to the Greensboro community. Ruppe said the funds raised would go mainly to support grants given out by the foundation, the LGBTQ center, and also support the Greensboro Pride festival.

“So 2019 kicks off a new partnership with us, and we see it as a win-win,” Ruppe said. “We get to bring together two major organizations in the community, and hopefully reach even more people and raise even more money to give back to the community.”

Ruppe said that Fuscia Rage (aka Brian Coleman, vice chair of Alternative Resources of the Triad and secretary of Greensboro Pride) would be the Green Queen host and that there would be 10 games of bingo with cash prizes for winners along with drag performances in between.

She said the evening would be broken up by an opening performance from drag queens, and performances after every two sets of bingo.

“I am very excited to be back again this year as the Green Queen,” Rage said. “I am just very excited that GGF and Greensboro Pride has this opportunity to be able to come together and involve more of the community.”

Ruppe said since all the performers are volunteers, she could not advertise who would all be in attendance and performing, but there are usually five or six performers at each bingo event. Ruppe said tips are strongly encouraged because performers are donating their time and resources.

“All the queens that do the Green Queen Bingo are all on a voluntary basis, so this is all of our own time, talent and it all goes, of course, to a good cause,” Rage said. “Crystal Frost and I have attended and participated in every single bingo with the exception of about five in the very beginning. We are very much bingo veterans. Crystal Frost is our Duchess of Protocol; she keeps us in line and makes sure we don’t get too rowdy.”

Ruppe said after each game there is a cash prize and it typically starts small and increases with each game. The largest prize is $100.69, and that all cash prizes are a dollar amount plus 69 cents because “it is just a funny number in bingo.”

“We have special balls that cause reactions, such as B7 or B4, where [attendees] will bang on the table and act like a little kid,” Rage said. “Of course, everyone’s favorite bingo ball is 69, and we all know the reaction that should get.”

“A lot of our bingoers, they don’t have the opportunity to get out to a regular [drag] show, typically at a bar or nightclub somewhere. And what we have used bingo as is a form of teaching tolerance and understanding,” Rage said. “There is a misconception that all drag queens want to be girls, and that is not necessarily true. It is an art form; it is a character that you portray. Especially now, we are blurring those lines of social norms, and what is acceptable and what isn’t acceptable. I think this is just another way to instill in our local society a bit more tolerance and understanding, and just to have good fun.”

Ruppe and Rage said ticket sales and sponsorships are how the event raises money, and that local business or organizations can sponsor each game of bingo.

“It is expensive to look this cheap, as Dolly Parton said,” Rage remarked. “Support your local LGBTQ organizations, businesses, and allies that are so wonderful to us and continue to provide us with places to do this. Come and have a good time, this is a place to let your hair down.”

The dates for future Green Queen Bingo are April 26, (which Rage said would be a “seeing double,” celebrity theme) Sept. 13 (which would be right before Greensboro Pride, and have a summer theme) and Nov. 8, (which Rage said will have a “holiday-mash up” theme).

“Please participate,” Rage said of the upcoming bingo on Jan. 11 and future bingo dates. “Wear your rainbow attire, your colors to represent your ally status or rainbow to show your LGBTQ pride. Dress like your favorite celebrity in April, wear your beachwear in September and then holiday festivities, ugly sweaters, Halloween costumes [in Novemeber]. We always encourage people to participate in whatever the theme is, it just makes it more fun.”

Green Queen Bingo is open to all and takes place Friday, Jan. 11 from 6 to 11 p.m. at The Terrace at the Greensboro Coliseum Complex, 1921 W. Gate City Blvd. Doors open at 6 p.m. and the game starts at 7 p.m. Tickets are $15 for general admission or $12 for students or government with I.D., and can be purchased online at www.guilfordgreenfoundation.org/bingo-tickets/. This is an all-ages event, but the recommended age of attendees is 15 and up. The next fundraiser benefitting GGF is the GRAWL Brawl X: Cupid’s Revenge on Feb. 16 at Gibb’s Hundred Brewing Company (504 State St.) from 7 to 10 p.m.