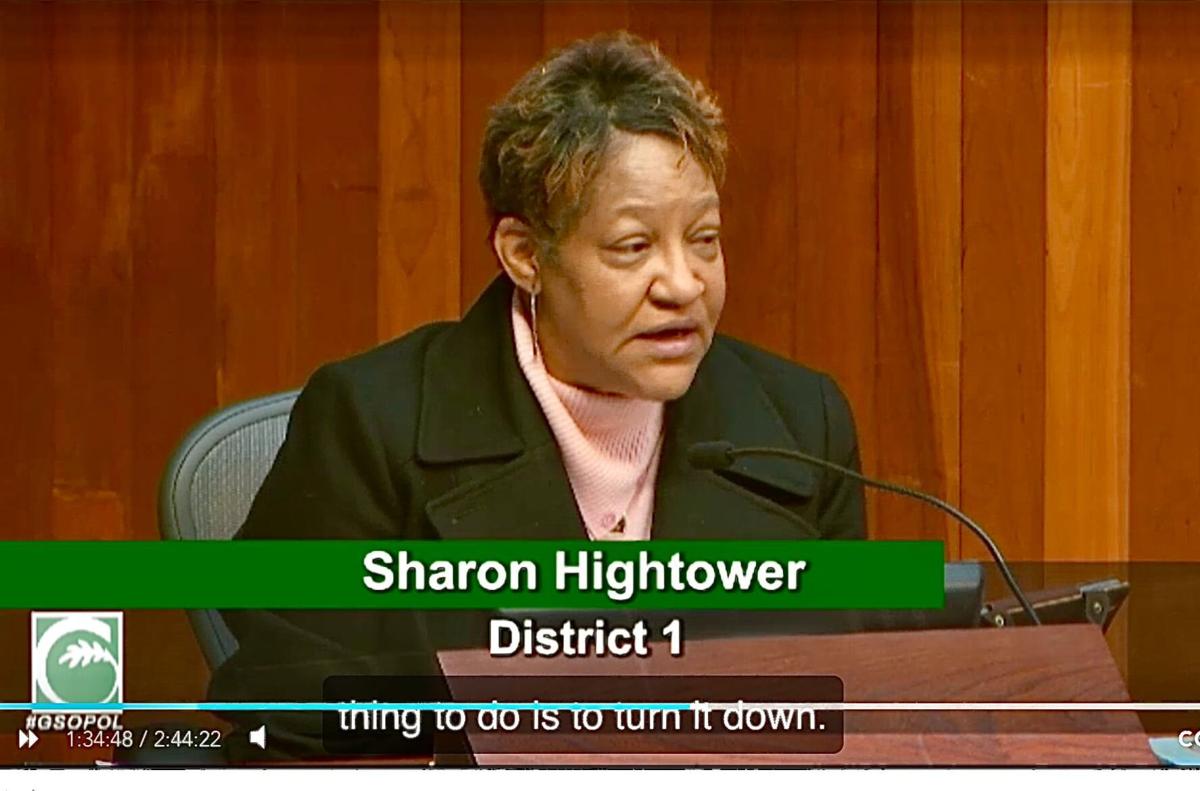 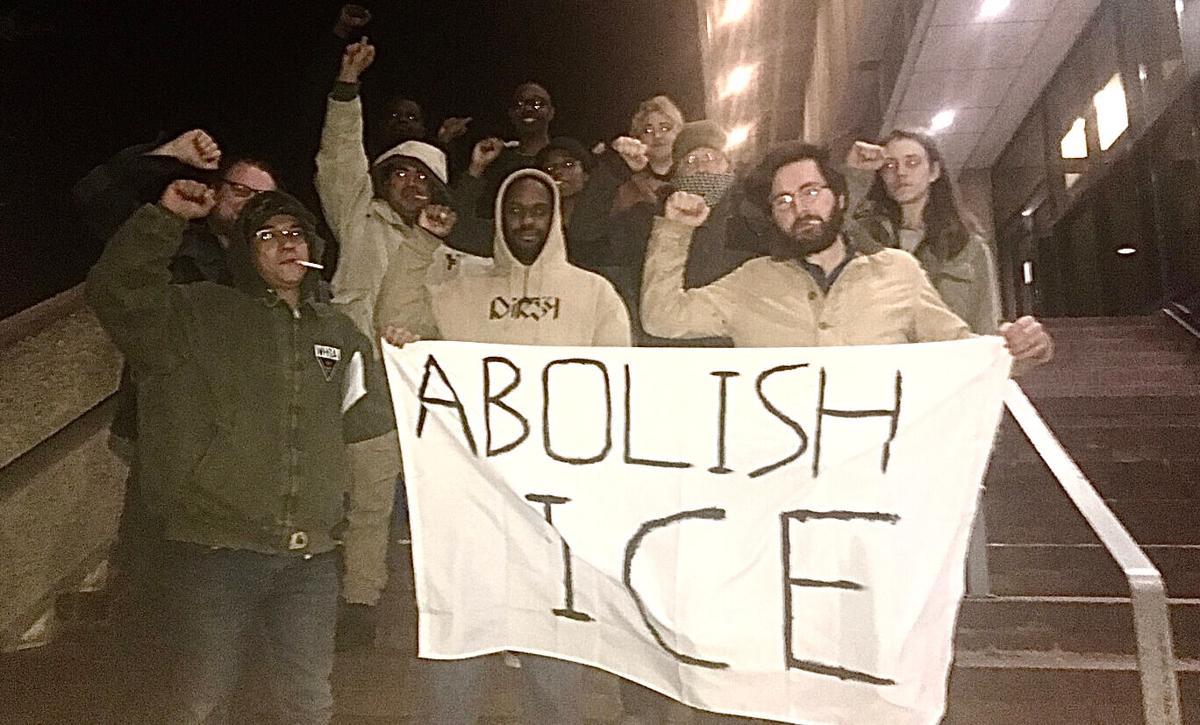 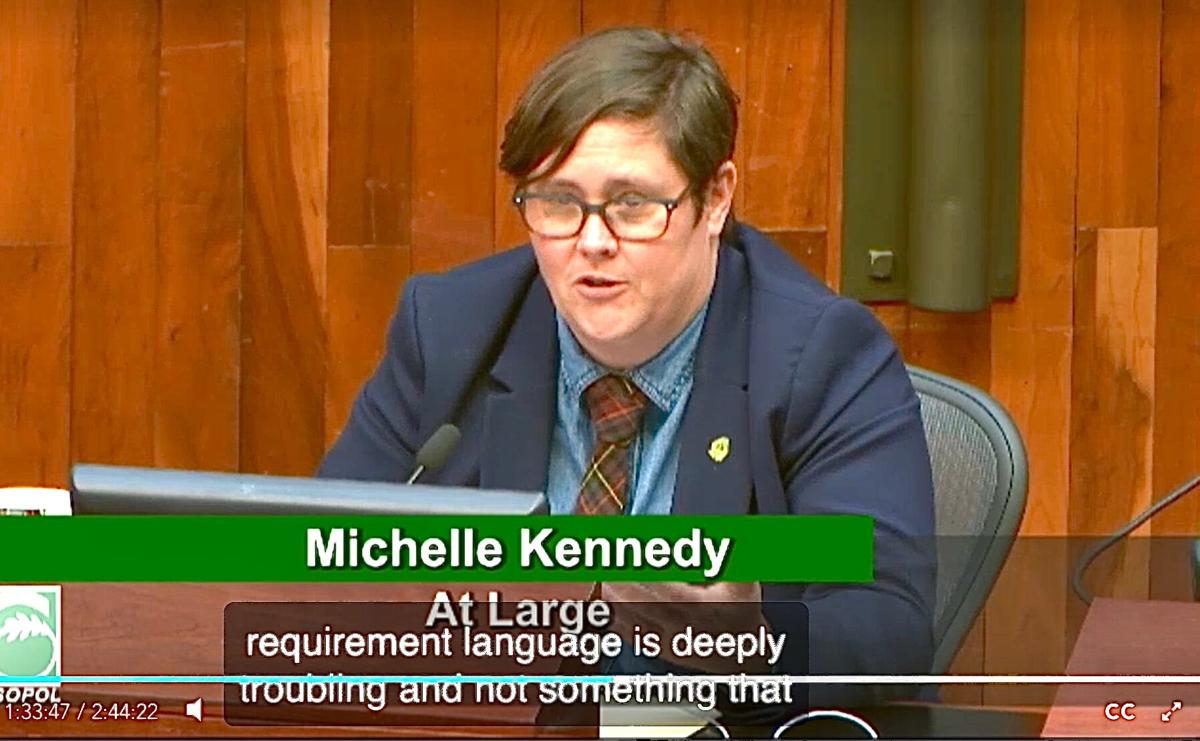 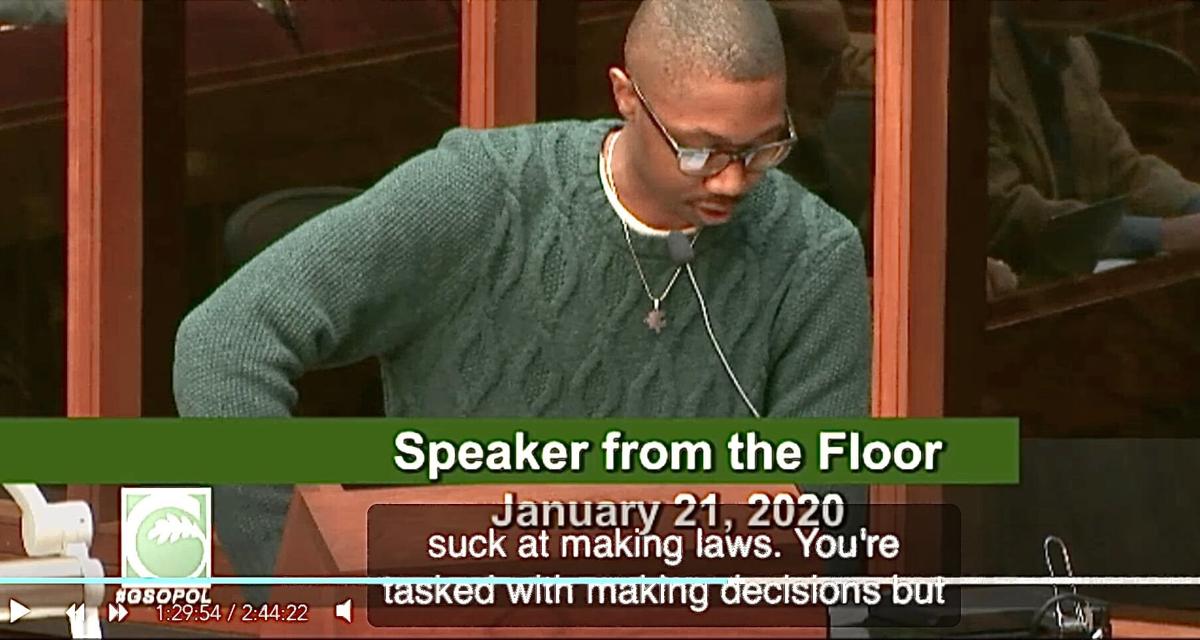 On Jan. 21, the Greensboro City Council voted 5-3 to refuse a controversial Judicial Assistance Grant (JAG) that would require cooperation with Immigration and Customs Enforcement.

At their previous business meeting on Dec. 17, 2019, the council voted to hold a federally-mandated “public hearing” on the grant, in what Mayor Nancy Vaughan later called a confusingly-worded resolution that left some council members unsure if that vote itself was the actual hearing or if they had voted to hold a future one. Both Mayor Nancy Vaughan and City Manager David Parrish later said the “the vote was the hearing,” with Vaughan explaining to YES! Weekly that it gave the council “the ability to decide whether or not to accept the grant.”

While the vote that the mayor and city manager called “the public hearing” happened quickly and without description or comment, it subsequently became the subject of consternation and debate.

On Dec. 19, 2019, At-Large Representative Michelle Kennedy told YES! Weekly that she was concerned that accepting the grant might require cooperation with what she the “most ethically bankrupt” federal agency.

“I would not support anything associated with ICE,” Kennedy said.

At the Jan. 7 Town Hall meeting of the Greensboro City Council, Billy Belcher of the Working Class and Houseless Organizing Alliance (WHOA) asked the council, “Am I correct in understanding that your vote last month was to accept the grant?” As reported, council members then discussed with the city managers and the city attorney just what they had voted to do. Thirty minutes later, Parrish said that, on Jan. 21, the council would vote whether to accept the grant and that there would be an opportunity for public comment.

At Tuesday’s meeting, four speakers urged the council not to accept the JAG money. The first was Hester Petty of Democracy Greensboro, who stated that “ICE has the power to break up families and deport undocumented residents, people who have made their homes here and worked here, often in underpaid and unsafe jobs that U.S. citizens won’t do.”

Petty acknowledged that the Greensboro Police Department “does not actively collaborate with ICE and store immigration status information,” but expressed concern that “some reference to immigration status might find its way into GPD paperwork.” If that happened, Petty said, “and ICE were to ask for that paperwork, the GPD would be bound by the JAG grant contract to turn it over.”

Petty acknowledged the claim made by At-Large Representative Marikay Abuzuaiter that Greensboro has been receiving these grants for years. “But as we have seen in the last three years during the Trump presidency, ICE has been given extraordinary to detain undocumented immigrants and it has been getting increased access to local police and sheriff’s departments. Can you trust that they will continue to stay out of Greensboro’s affairs as they have done in the past?”

The next three speakers were from the WHOA, who conducted a protest before the meeting on the steps of the Melvin Municipal Building.

First was Rachel Wieselquist, who stated that four people had died while in ICE custody in the past three weeks. “Just because our city manager’s office contends there’s no current practice of the Greensboro Police Department cooperating with ICE does not guarantee any future non-cooperation.” She pointed out that several council members had campaigned as progressives, “with direct language in your platforms about immigrant rights.”

The Greensboro Police Department, “does not require more money for secret and unnecessary projects like militarized civil emergency unit which was established without almost any public accountability,” Wieselquist said. She also criticized the apparent confusion over this subject at previous meetings, which she called “a shameful and embarrassing testament to the incompetence of the city manager and council.”

Next was Sean Brandt, who said that, regardless of the grant’s intentions, it “creates an open invitation for ICE and other racist predatory government entities to come into our community.” He then quoted page 15, Item No. 31 of the JAG application PDF, which states that a municipality receiving the funds “may not restrict or prohibit a government entity or agency from sending or receiving, maintaining or exchanging information regarding immigration status.”

The final WHOA speaker was Cameron Crowder, who also accused the council of not understanding their own resolutions.

“Why are we reading between the lines, but you guys cannot even be expected to read the full text of whatever you’re voting on? Increasing the police budget seems to be the only decision you consciously make, so how do you unconsciously accept a grant that allows police cooperation with ICE?”

Council members then made statements before voting. District 5’s Tammi Thurm said she was against the resolution, but asked whether the grants they had accepted in the past had the same provisions and whether those provisions lasted in perpetuity or for the lifetime of the grant.

Parrish did not address the history of the ICE-related provisions, which were added by Jeff Sessions in 2015, but said they would be in effect for the lifetime of the grant, meaning a fiscal year.

Kennedy called the grant “not something I can support,” but said that representatives from Siembra NC have told her their organization does not believe “there is a real meaningful way currently for the City of Greensboro to collaborate with ICE.” But, Kennedy said, “the Jeff Session requirement language is deeply troubling, and is not something that I can be comfortable with.”

District 1’s Sharon Hightower agreed. “If I have voted for those things in the past, I apologize, and I will repeat what I have said last time when you know better, you do better.”

Mayor Pro Tem Yvonne Johnson also said she wouldn’t vote for the grant. “If we are a welcoming city to everyone, this is not consistent to me with being that.”

Abuzuaiter, a longtime supporter of the GPD, made the most passionate speech in favor of the grant, citing her own work with Greensboro’s immigrant and refugee community, particularly in creating the Faith Action ID Card. “This has been a collaboration with our police department in order to help make our immigrants and our refugees feel more secure in our cities. This is not to obtain their information, this is not to ask them their legal immigration status, and I can say that, for certain, this is a collaboration between our immigrants and refugees and our police department.”

At that point, WHOA member Luis Medina, seating in the audience, shouted: “Stop-and-frisk and prison gates do not make our cities safe!”

“All right, out!” said Mayor Vaughan, who ordered security to remove Medina. She would later eject WHOA member Nate Rosenberger. When Wieselquist protested that Rosenberger was being ejected for shouting without being warned first, as stipulated in the code of conduct announced at the start of the meeting, she was also ejected.

District 3’s Justin Outling noted that his grandfather moved to the United States from St. Vincent, and in New York, “helped many many immigrants come to our county,” with the result that “the predecessor of ICE made a visit to his home to figure out what exactly was going on.” Because of this, Outling said he empathized with points made by several speakers and council members.

“I understand the other reasons that have been articulated by some for not supporting the item, that they don’t want to touch anything that has anything to do with ICE, but here I don’t see that as being a conflict, because it’s not a matter of the city cooperating or not cooperating on this particular point. We don’t have information to give ICE. Moreover, my understanding would be that, if somehow, they wanted to force us to do it, my expectation would be for the police to stick with their existing practice and it would continue to be a non-issue.”

District 4’s Nancy Hoffman agreed. “I don’t feel at all that there’s any jeopardy to our immigrant community. In addition, we share this grant with High Point and the county sheriff’s office, and refusing it would require them to go back and reapply for the grant.”

Mayor Nancy Vaughan said that the very reason she wasn’t going to vote for the grant. “I am confident that the Greensboro Police Department does not collect, store or share information on immigration status, but I am uncomfortable on what the sheriff’s department collects and stores, and that gives me a little bit of pause, as we are accepting this grant jointly.”

District 2’s Goldie Wells was absent. The council voted, with Abuzuaiter, Outling and Hoffman voting to accept the grant and the mayor, Kennedy, Hightower, Johnson and Thurm voting against. The motion failed 3-5.