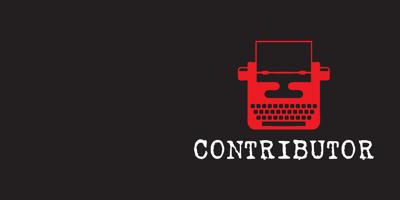 Please my friends, Don’t let the media lie to you! We were there along with others from our church, and the violence was coming from ANTIFA supporters dressed in MAGA clothing. (We have more videos). We peacefully assembled outside the capitol to voice our protest against this fraudulent election and pray for America! Keep the faith!

Key’s post included a smiling selfie of herself and a bearded white man standing in front of the Capitol building. In the background, the mob can be seen swarming up the steps, bearing TRUMP signs and banners.

On Thursday afternoon, this reporter sent Key a Facebook message asking her what videos or other evidence she had for this claim. She responded by stating she did not wish to be interviewed.

By Friday morning, Key had removed her post, but not before screenshots of it had been shared thousands of times on Facebook.  Many of those sharing it, including several Black organizers and members of the Facebook group Greater Greensboro Politics, called for a boycott of Key’s virtual business.

Others defended her post as free speech and said that she should not be boycotted for traveling to Washington to express support for President Trump, as there was no evidence of her having joined the mob storming the Capitol complex.

Some of Key’s critics responded by arguing that Key not only photographed herself smiling while Trump supporters in the background swarmed the capitol steps, but that she accused the MAGA mob who forced their way into the building and fatally bludgeoned a police officer of being “Antifa,” but never posted the evidence she claimed to possess, nor even described having witnessed anything that caused her to make such a claim.

Her Facebook post stated that she and her male companion “were there along with others from our church.”  Her profile does not identify her as part of any local congregation, but a Greensboro church was among her “Likes.” This reporter called the church’s phone number and left a message describing Key’s post, asking if they had sent a group to DC on Wednesday and if they’d seen any evidence of “ANTIFA supporters dressed in MAGA clothing.”

Neither that phone call nor YES! Weekly’s messages to the Facebook pages of that church and its pastors were returned, but within an hour of those inquiries, the church’s Facebook page was removed.

By Saturday, Key had removed any mention of her online business from her personal page. She also removed the church from her list of “Likes.”

The baseless claim that the rioters who violently stormed the Capitol Building on Wednesday were disguised as “Antifa” has circulated widely on social media, in many cases by QAnon conspiracy-mongers such as attorney Lin Wood, who on Thursday was permanently banned from Twitter for claiming the Capitol siege was “staged” (prior to those claims, other conspiracy theories promoted by Wood have been retweeted by Clint Stonebraker, director and founder of The Insight Program, the subject of YES! Weekly’s Jan. 6 cover story The [Hate} Group).

On Jan. 6, Wood tweeted that the man wearing buffalo horns and tattooed with Nazi symbols in the photos taken of the Capitol siege was “Antifa” and was “at the AZ BLM rally in June.”

The man in that photo is Jake Angeli, whom the Arizona Republic recently described as “a long time QAnon supporter” and “a fixture at Arizona right-wing political rallies over the past year.” The uncropped version of the cropped photo shared by Wood (and by various neo-Confederates and white supremacists in the Piedmont-Triad) shows that Angeli was holding a QAnon sign as a counter-protester at the BLM rally.

Another tweet by Wood claimed, “Indisputable photographic evidence that Antifa violently broke into Congress today to inflict harm & do damage.” Wood’s “evidence” was a photo of another bearded man taking part in the Capitol siege, which was posted side-by-side with a photo of a very similar-looking man from the website phillyantifa.org. But the photo on that site was alleged to be a neo-Nazi, not a “member of Antifa.”

In reality, multiple people arrested during Wednesday’s attempted coup are known MAGA activists. One such is Jay Thaxton, a North Carolina Proud Boy, who was charged with breaking the DC curfew. Prior to the Capitol riot, Thomas May, whom this writer has observed multiple times brandishing a Confederate flag and hurling racial epithets at Black Lives Matter supporters in Graham (and who carried that flag at the Dec. 12 Proud Boys rally in DC), had his @TheRealThomasM1 Twitter account suspended after he posted about his plans to stomp “Antifa” members with steel-toed boots at the DC Trump rally and tagged Triad anti-racist activists in those tweets.