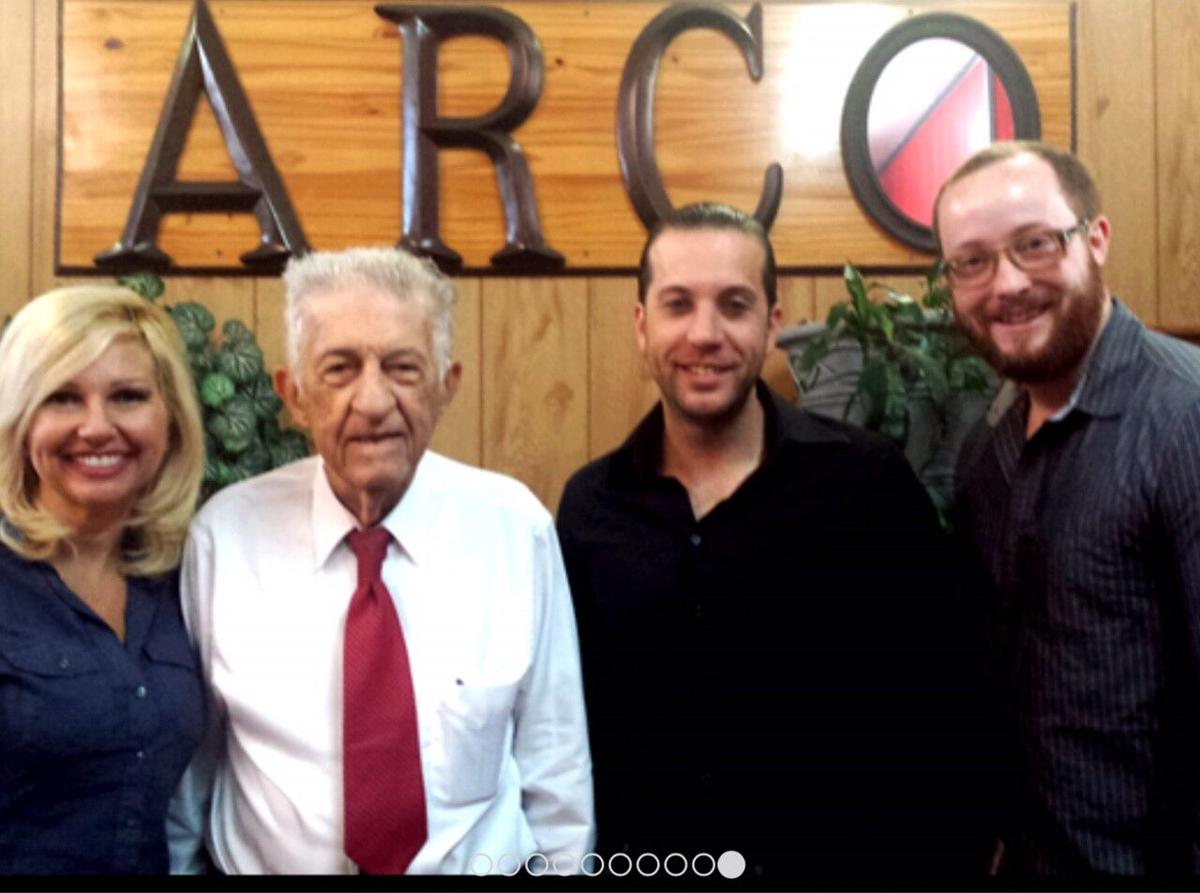 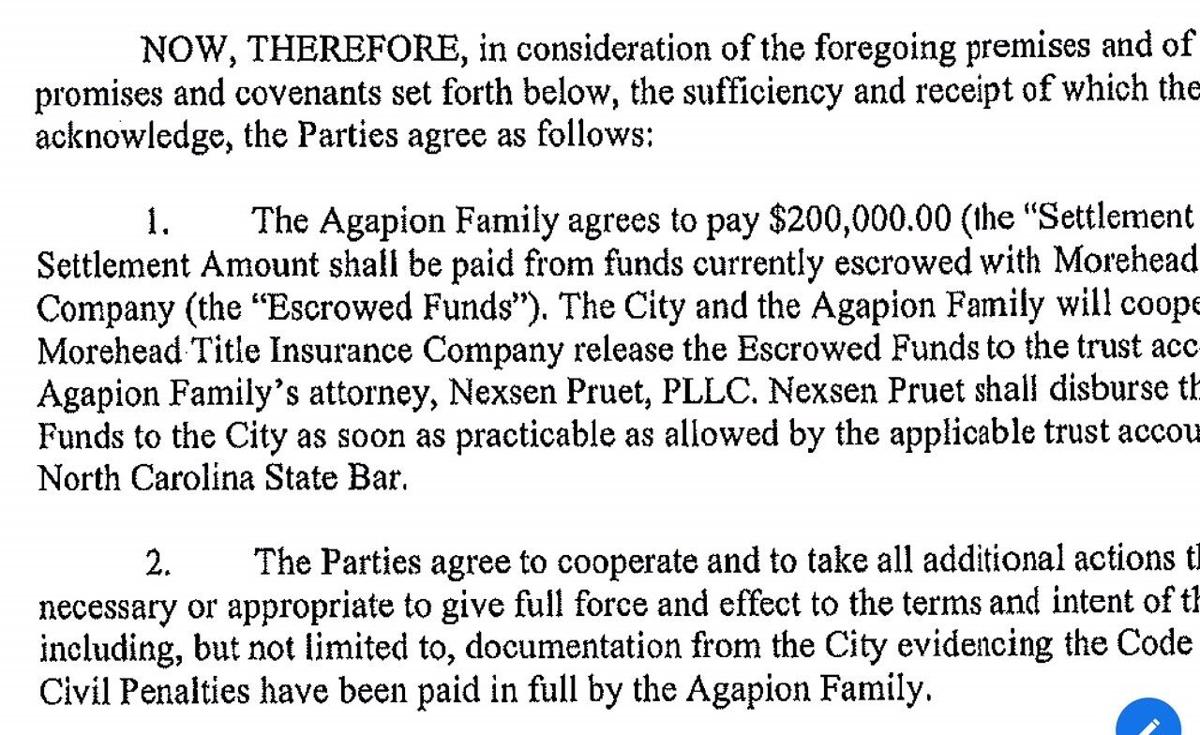 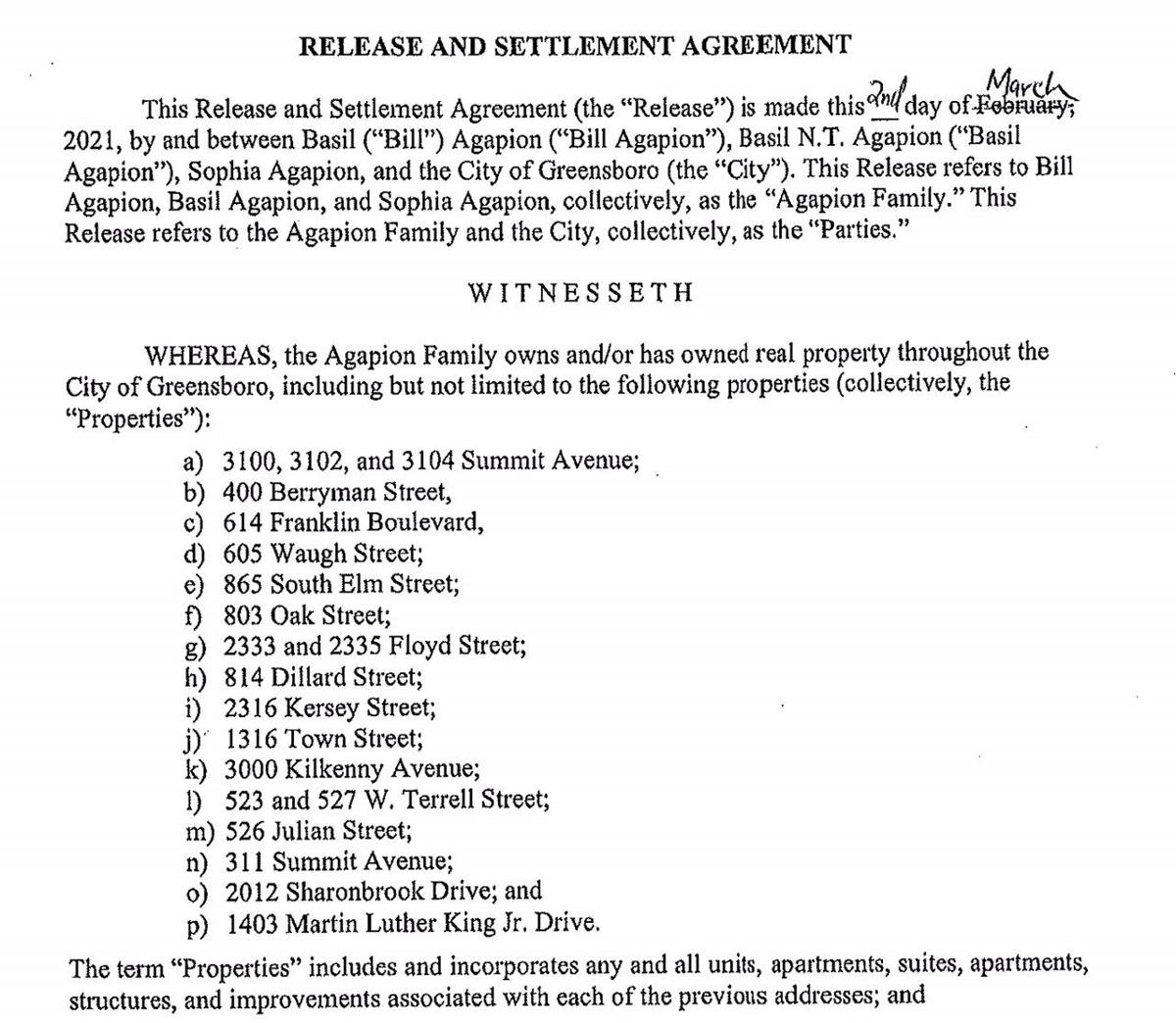 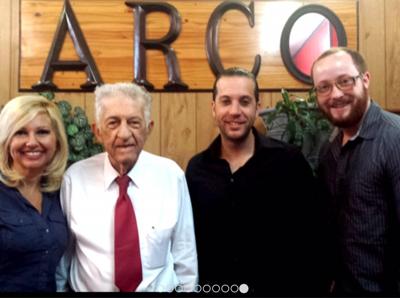 As previously reported, the City of Greensboro filed suit against the realty company Arco, owned by the Agapion family, in August 2019. The lawsuit was not over the long history of deaths at Arco properties, the most infamous of which was the tragic 2018 fire at a Cone-Summit apartment complex, in which five refugee children from the Democratic Republic of Congo died. Instead, it was to recover over $682,000 in unpaid fines.

The lawsuit was announced with press conferences and speeches. In March of this year, it was quietly settled for $200,000, less than a third of what was allegedly owed. According to Mayor Nancy Vaughan, the reason for the low amount was that “some evidence had been misplaced” by city staff.

Now YES! Weekly has acquired a copy of the Release and Settlement Agreement finalized between the City of Greensboro and Bill, Basil, and Sophia Agapion on March 2, 2021.

The document then states that the City “unconditionally and irrevocably releases, waives, and forever discharges the Agapion Family from all claims, demands, actions, causes of action, penalties, fees, charges, assessments, damages, and expenses, known and unknown, liquidated or unliquidated, that exist on the date of this Release and relate to the Properties [listed above].”

However, the document states that the City of Greensboro “does not release, waive, or discharge any claims by the City for any outstanding ad valorem property taxes,” any other claims that accrue after March 2, 2021; or any claims against anyone other than Arco founder Bill Agapion, his wife Sophia Agapion, and their son Basil Agapion. Although Bill and Sophia’s daughter Irene Agapion-Martinez was singled out for criticism by Mayor Vaughan in May and June of 2019, with Vaughan telling the press “I’ve had it with her and you can quote me on that,” Agapion-Martinez is not mentioned anywhere in the agreement.

Section 7 of the document states:

“The Parties further acknowledge and agree that this Release is a compromise of doubtful and disputed claims, and the payment and the releases specified in this Release shall not be construed as an admission of liability on the part of the Agapion Family, all of whom expressly deny any such liability. This Release shall not be construed or used as an admission by the Agapion Family or anyone else that the City's claims are true or accurate.”

District 3 City Council representative Justin Outling, who is challenging Mayor Vaughan in next year’s election, told YES! Weekly that he disagreed with the city settling on what he called “terms exceptionally favorable to Arco and the Agapions,” citing “the harm that they have imposed on our community.” Outling has not commented on the mayor’s statement about misplaced evidence but did say that not publicizing the settlement is an example of the “lack of transparency” for which he criticizes his opponent.

Outling’s comments, made when this writer interviewed him on August 27 for an upcoming article, were his first public acknowledgment or criticism of the March 2, 2021 settlement.

Andrew Young of the City’s Minimum Housing Standards Commission told YES! Weekly that he was angered by the settlement. Young gave YES! Weekly the following statement, which references the name of the man whose children were killed in the Cone-Summit fire, as well as those of Stan Wilson and Cynthia Blue. Stan Wilson was director of the city’s Neighborhood Development Department until Wilson’s March resignation. Blue is the manager of that department’s Housing Services Division and was the department’s Interim Director until former at-large city council representative Michelle Kennedy was hired to replace Wilson.

“As a commissioner appointed to the City's Minimum Housing Standards Commission in response to the Summit-Cone fire that killed all five of Mugabo Emmanuel’s children, I am pretty upset to know the city settled with the Agapions months ago without telling us. In March, we had a pretty dramatic resignation from the commission and later we all heard rumors of Stan Wilson's departure from Neighborhood Development, and Covid has brought its own pressures, but the news of a $680,000 'message’ being sent to slumlords being cut to $200,000 is a real bombshell. We were assured just a short while ago from Cynthia Blue that our role as a citizen commission in keeping residents safe and holding slumlords accountable was critical. Right now, I don't think so. This has got me wondering exactly how serious people are about safety, justice, and dignity."