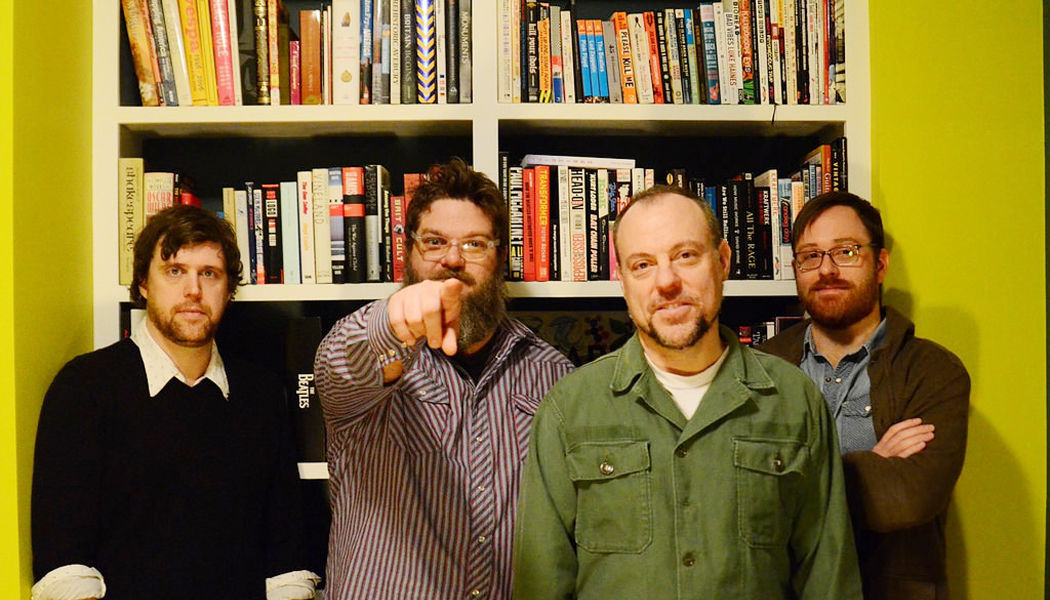 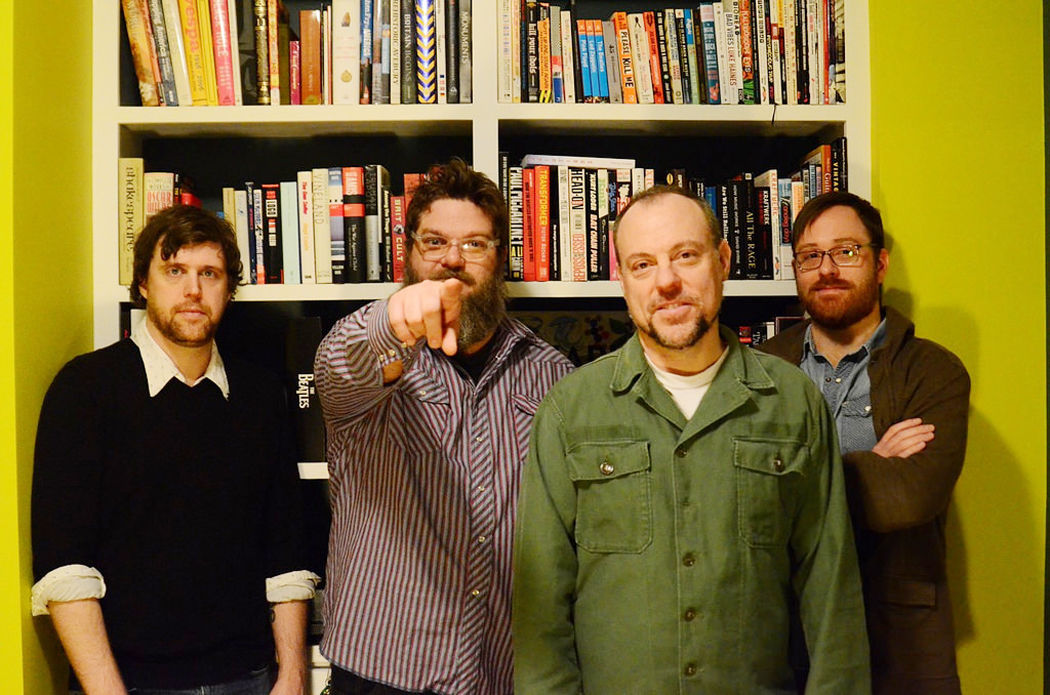 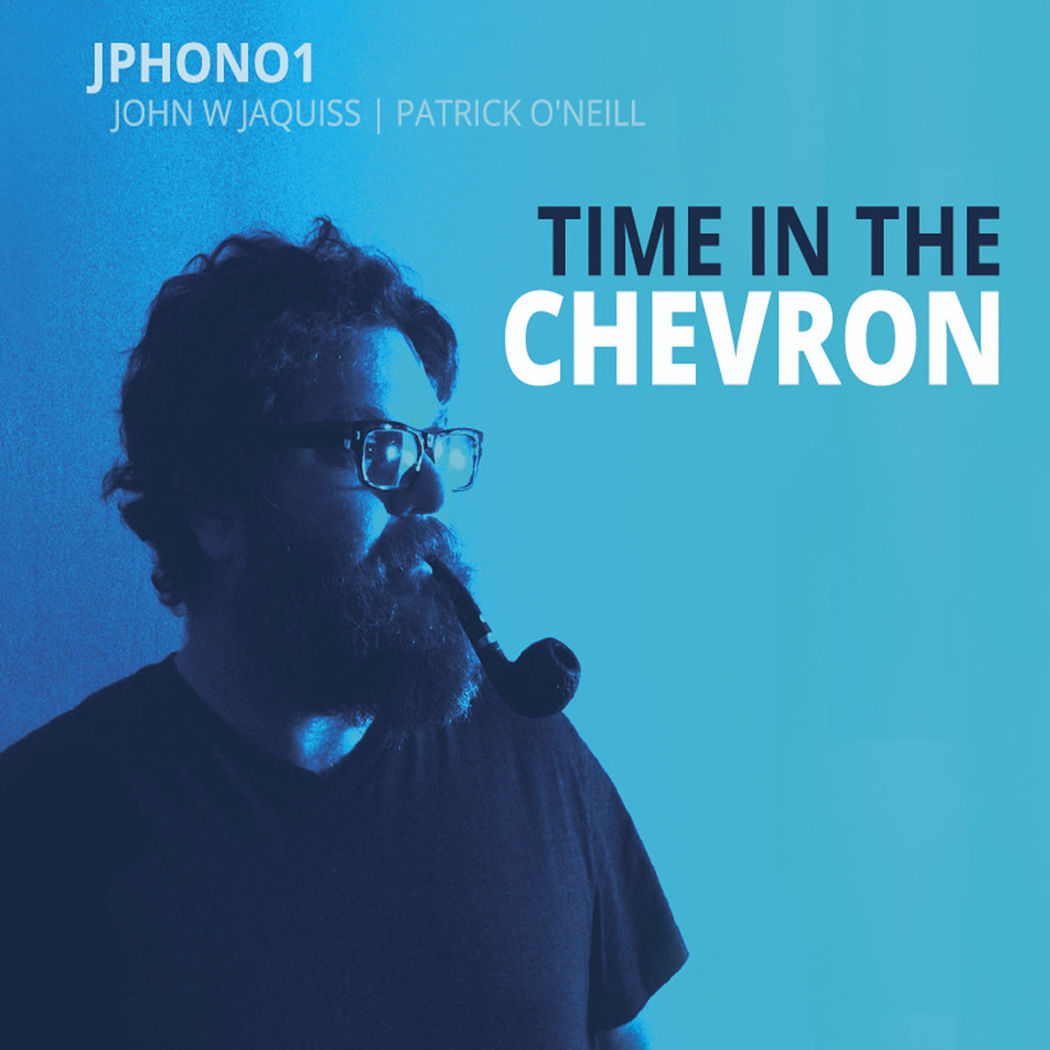 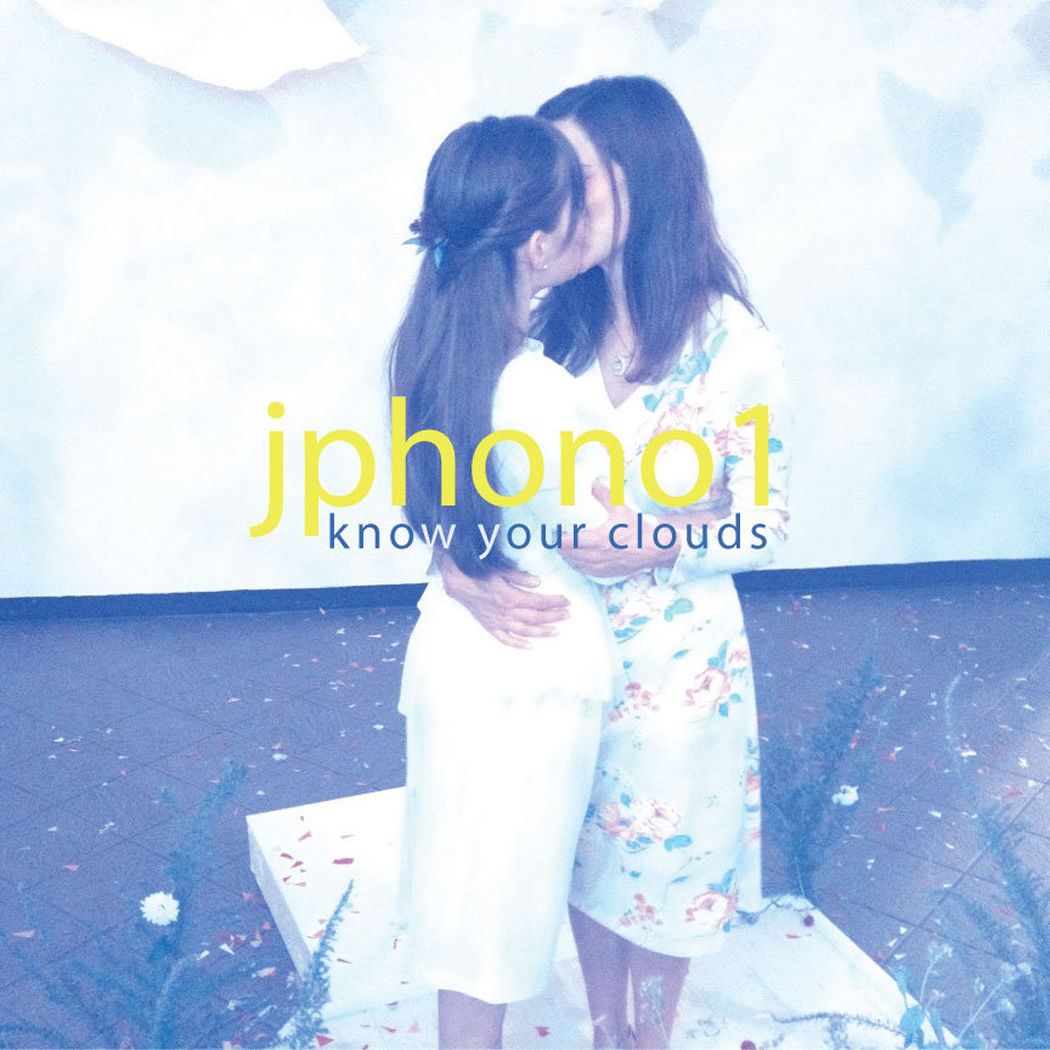 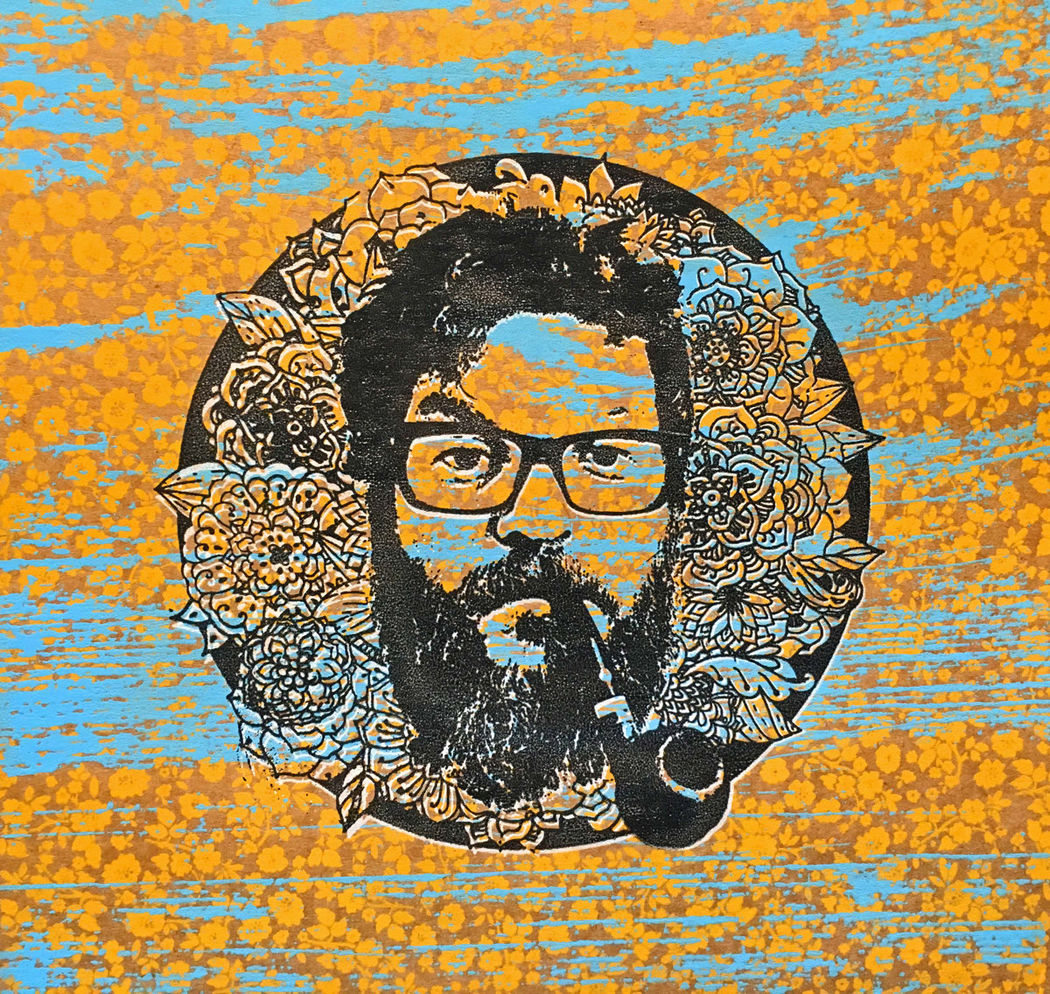 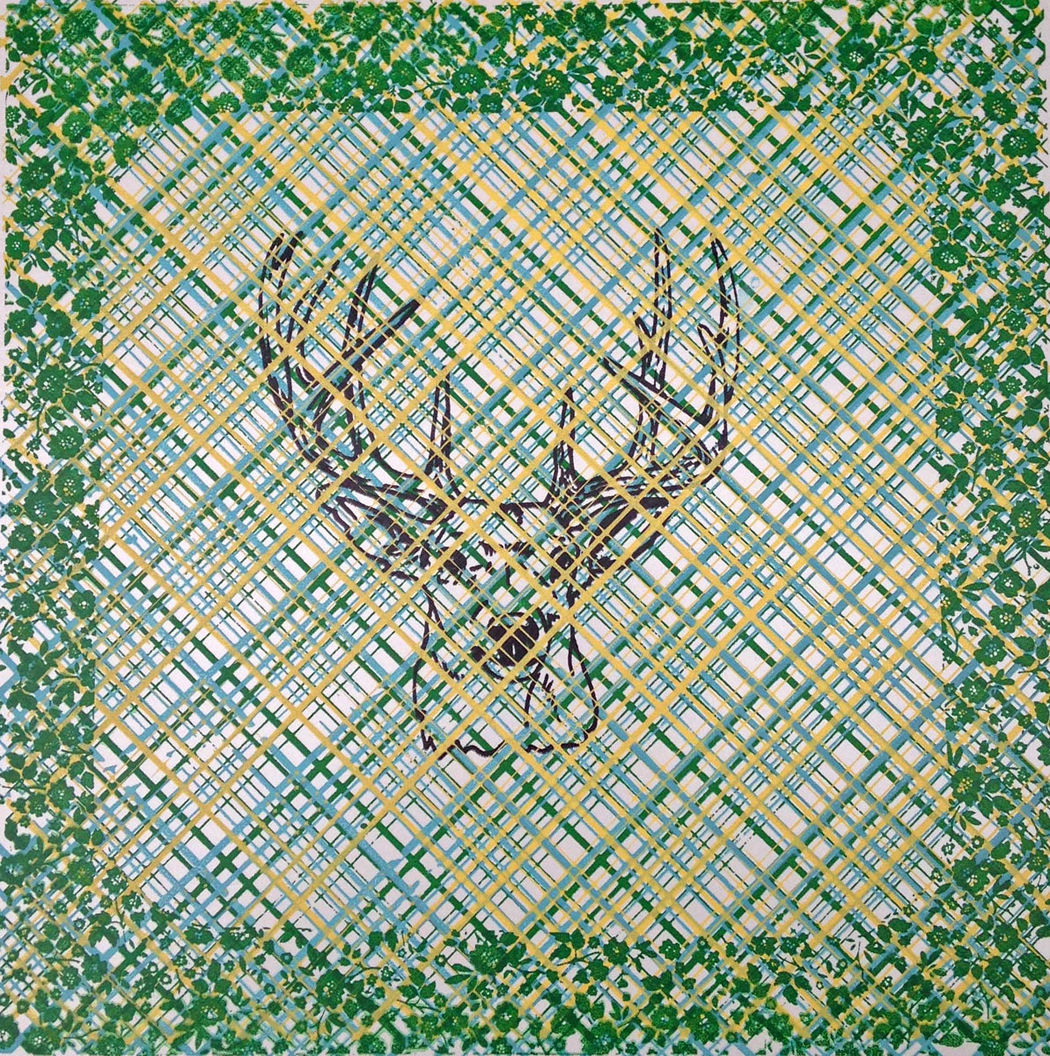 Chapel Hill-based musician John Harrison performs and records under the name jphono1. In a 21st century kind of digital-native spin on the whole band-name game, jphono1 is, as you might guess, a part of Harrison’s first email address. It has an anonymous username feel to it. Harrison, who is also into typography, graphic design and screen printing, said he likes the name as much for the way it looks as for anything the letters might mean or suggest. “I make visual art and stuff too,” Harrison said. “To me, the word ‘phono’ looked interesting, with all the Os and the O-shape in the P.”

Jphono1 plays at Greensboro’s On Pop of the World studio on Oct. 27. Harrison will be joined by his three-piece band.

Harrison, 44, said he remembers at the time looking at an old stereo receiver when selecting his email name and seeing the numbered phono outputs, and that caught his eye. Harrison grew up in Matthews, just outside of Charlotte, before spending some time in Wilmington and eventually settling in the Chapel Hill area about 20 years ago. He’s played in bands since he was in high school; some, like the Comas, of which he was a member, had national success. When it came time for Harrison to make his own solo project, he wanted a name that didn’t feel encumbered by implications and weighty meaning.

“When I first started thinking about my own music, without a band, I didn’t even know what kind of music I was gonna do,” Harrison said. “So I wanted something that didn’t really conjure up too many premeditated situations.”

The kind of music that Harrison ended up making under the jphono1 name is fittingly enigmatic, not over-eager to ingratiate itself, willing to wander around in a pleasing atmospheric haze and to shift gears in surprising ways if need be. There are buzzing open-tuned acoustic guitars and drones, and a sort of cloudy sonic fog that drifts through the songs.

Some artists — and some people — work hard to be likable, to be relatable and connect to others. Others figure that if there’s going to be a meaningful interaction or a bond, there’s not much one can do to force it. You can’t manufacture chemistry. Harrison has evolved toward the latter perspective.

“I started to feel more like, here’s my thing, and it’s out there, and if you stumble upon it, maybe it’s going to be a little more interesting than me beating you over the head with it,” Harrison said.

Harrison isn’t a beat-you-over-the-head kind of guy. On the cover of his most recent jphono1 record, Time in the Chevron, he’s sporting a big lumber-jack beard and smoking a pipe.  He presents the look — part sailor, part French intellectual — of someone way more inclined to ruminative pondering than to sharp, clinical precision. (“I do smoke a pipe,” he said. In case anyone thought it was just a style prop.)

This album is the first jphono1 release that finds Harrison in a band setting, as opposed to playing all the instruments himself. The first song on the record, “Codes,” contains the repeated lines “We never tried to crack your codes, we just let everything go.” The next song, “Feedback Is Strange,” opens with the line “Slipping through the light on your floor, what I feel, I can’t say.” Lurking in these songs is the idea that getting to the bottom of things, or articulating a definitive perspective, is possibly a mistaken goal. Harrison seems to be saying ‘Why pin the butterfly to the wall as a specimen when you can stand back and watch it fly around?’

If most traditional songwriters present their lyrics as the centerpiece of their songs, with musical ideas discretely placed behind the words, in a supporting, background mode, Harrison sort of tips the balance in the other direction, with many of his songs seeming to revolve, in a way, around the slippery, sometimes, raga-ish guitar lines. “Castles,” another song on the last record, waits about two minutes into its twangy riff before the vocals come in.

“I put a similar weight to all of it,” Harrison said. “I try, I guess, to have something to express, but I don’t feel it’s expressed any different from the way I’m playing guitar.”

Harrison has a fondness for music that cycles back around on itself, blossoming in an organic fashion. The subject of sitting back and taking in life’s contours is one that recurs as well.

“I feel like I write about the same three or four things in a million different ways: just being present and being aware of how temporary everything is,” Harrison said.

A few of the earlier jphono1 recordings don’t have vocals. One can hear traces of early, Atom Heart Mother-era Pink Floyd or, more recently, Steve Gunn or Kurt Vile on some of these songs. Liquid slide guitars, rippling echoes, high notes plinked on a piano, phantom noises, and layered vocals all contribute to the atmosphere. Or, in other cases, programmed beats and keyboards drift into acoustic guitar settings.

To my ears, Harrison’s music — and his whole style — seems to be partly invested in keeping people guessing, making the case that searching is as good as finding.

“I’m a big proponent of the mystery because that’s what I like about stuff,” he said.

Harrison said he and his band have mostly completed a new record, one that should be out in early 2018. It’s likely to be his most electric-sounding effort yet. Even so, Harrison said most of the material is hatched, in its initial stage, on the acoustic guitar, which he turns to as a kind of comforting daily habit — a little like his pipe — even if he’s not explicitly intending to concoct any songs on it at any given moment.

“I do play my guitar every day,” he said. “It relaxes me and calms me.”

See jphono1 along with Paper Machetes, Bryan Toney Trio and the Ringos at On Pop of the World studios in Greensboro, on Oct. 27 at 9 p.m.  Tickets are $7.