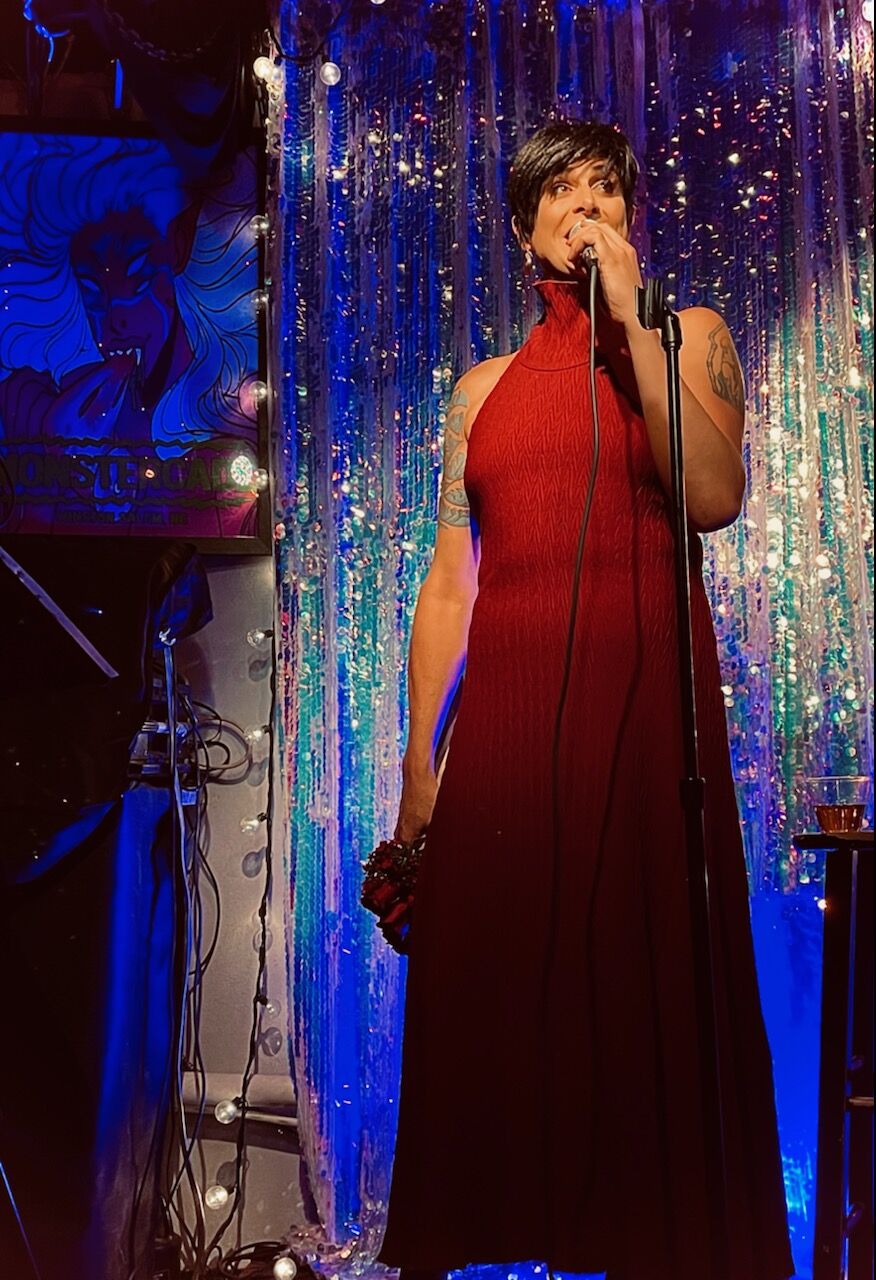 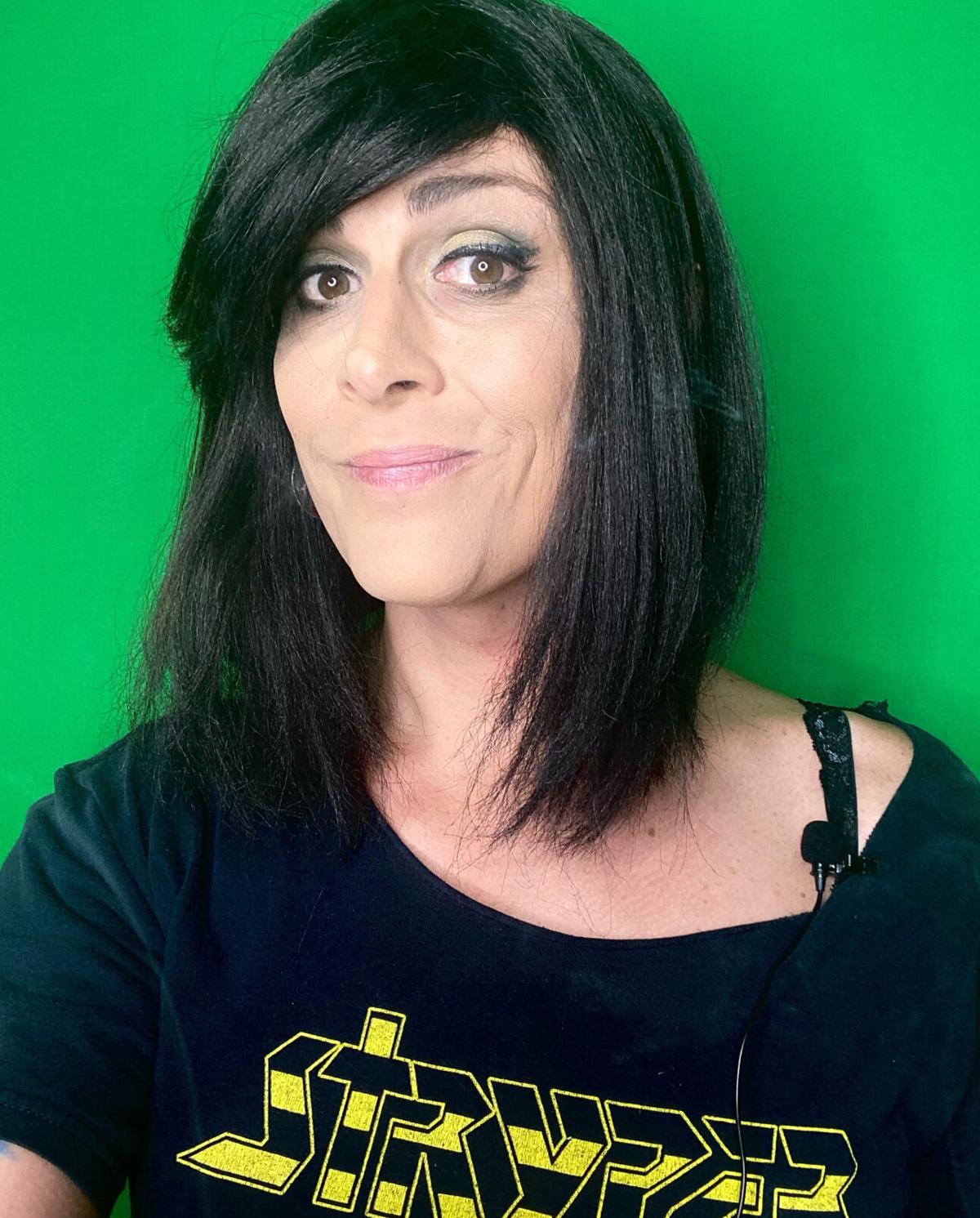 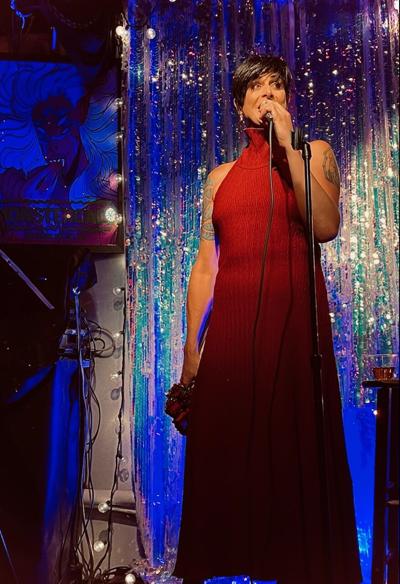 With a new comedy special under wraps, comedian Annie Lowe looks to take things to a new level.

“I’ve had too many ‘sometimes all you can do is laugh’ moments that I’d be a fool not to cash in on,” the Winston-Salem native said of what drew her to stand-up—a vocation she credits for refining her concept of self as she began transitioning gender into the woman she is today.

“I continued to work the same bartending job and perform at the same mics and shows through the whole thing,” she said. “It was sort of a trial by fire. Now I feel like I’ve gotten a pretty good grip on who I am—and what people see when they look at me—and have just started finding some great ways to use that to my advantage rather than just emotional damage control.”

And speaking candidly has been advantageous. “Since beginning gender transition, describing so much of my life in a shameless and literal way is hilarious, it turns out,” Lowe explained. “I try super hard to normalize my experience by making the usual moments more relatable and also not making fun or chastising anybody else in the process.”

It’s a process that began on a lark. “I did my first open mic about seven years ago while visiting a friend in Chicago,” she explained. “I was hooked immediately, and we went out to mics every day that week. The minute I got back home I started an open mic at Hoots, and it was all downhill from there.”

Keeping things rolling, Lowe initiated the Monday night comedy open mic at Monstercade. “It’s such a fun room with a good mix of comics and civilians,” she said, “and the bartender, Ian, plays the best walking music in the biz.” And on Wednesday, she often heads to Greensboro for an open mic at the Idiot Box, calling it the “cornerstone of my week since I started.”

Lowe draws on those ideas when conjuring a routine. “We’re all building character and ideally learning to be better people while we do it,” she explained. “It’s tough to get people’s attention and surprise them enough to laugh and it takes time figuring out how to do that in a way that doesn’t hurt, annoy or alienate people.”

“I like to keep things pretty light and talk mostly about myself,” Lowe noted of her material. “I’m on a journey of self-discovery that is superficially unusual, but I think everybody is on their own journey,” she added. “We’re alive for such a short period of time and everybody is trying to figure out who the hell they are and what they’re doing here. So if I can loop back from something trans-specific and tie it into something more universal—it’s funnier, and it’s also great advocacy.”

Living life through comedy, Lowe finds “putting every ounce of myself into trying to get strangers to laugh at me,” more than worthwhile. “People come up to me after a show and talk to me about their queer experience,” she explained. “People that have recently come out, or want to, as well as people who have queer friends and relatives tell me that my comedy made them feel seen.”

And it’s fostered a connection with fans. “I’ve been talking to a young man that just started hormone therapy about how wild of a ride it is,” she said. “I’m helping with their legal name change via Instagram messages. Cheesy as it sounds, that is my favorite part about all of this.”

In that vein, Lowe is excited for the “One Ma’am Show” comedy special she recently finished filming. “There aren’t a ton of trans women stand-up comics with comedy specials—I really think there’s an appetite for it. And I want to be the snack that sates it.”

Filmed over two rounds of shows at Monstercade, Lowe worked with Eric Trundy and folks at the Creative Businessmen Studios for production. “I’m still riding the high from that one,” she said. “Those fancy cameras made me look on screen the way I imagine I look in my head, I actually cried a little bit when I saw the footage.”

As their schedules began to heat up with the summer, things got a bit busy to continue filming beyond the current episodes. “That said, I do have a green screen and a ring light, so literally anything is possible,” Lowe noted, reflecting on a September of steady bookings. She’ll be taking a pause to travel through October and is excited to resume live shows in late November.

Be on the lookout for Lowe’s return, and the release of her “One Ma’am Show” Special coming soon.