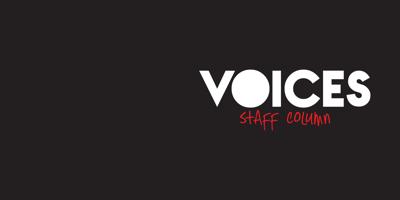 “Power at its best is love implementing the demands of justice, and justice at its best is power correcting everything that stands against love,” - Martin Luther King, Jr., from “Where do we go from here?” sermon, 1967

There were many ups and downs, tumultuous moments, and great causes of concern throughout the United States. We fought a worldwide pandemic that no one had ever encountered, held protests for black and brown men and women who realized that they couldn’t sleep, run or make purchases at a store without dying. We saw where the effects of police negligence and misconduct led to the police getting more time for putting bullets in walls instead of answering for shooting sleeping EMTs.

We saw the nation come together from one man’s call of “mama” in a matter of 8 minutes and 46 seconds where just four years earlier, in 2016, a kneel during the National anthem separated many people who didn’t believe that freedoms fought for, and thousands of lives sacrificed in war, included this right.

We saw more people with the double X chromosome throw their hat in the ring for their name to appear on the ballot to sit in the Oval Office, openly gay and trans members of Congress whose colors weren’t necessarily blue or red but the entire rainbow, politicians ignoring those Americans who placed them in office and a threatened repeated attempt at the 1860 state secession.

There were lies masquerading as facts straight from the highest form of government. At the same time, the unbiased watchdog of all things political was painted as a fake entity at its core by those using the very same amendment that allows agents of the press to do their jobs.

Yeah, 2020 was a dumpster fire full of QAnon conspiracies, virtual school days, and not enough bandwidth for students and parents in the same home. It was full of a boatload of maybes, hashtags, should of’s, and mind-numbing Zoom’s that we now know really could have been an email.

There were Christians NOT asking what would Jesus do? And just as many non-believers were quick to point it out —- while also not doing anything to better the situation.

Apathy and audacity seemed to be on clearance while empathy and common sense were in short supply. During a time where everyone should’ve been caring for each other, and it seemed that the nation best known for its individualism kicked it up a notch. Forgetting its original roots of being a “refuge for all immigrants” and its ideals of opportunity, equality, and upward social mobility for children and families from all cultures and backgrounds.

In a nutshell, there were some times where we seriously failed as humans.

As the calendar page turns on to 2021, we seem to be waiting for a magical wand to transform situations, systems, and silos. As if it could wipe away the graffiti of rage, hate, and brokenness that supremacy has too long been allowed to vandalize our nation’s soul with.

It’s time for us to be willing to continue the work of building a nation that is actually built on justice, opportunity, and equality versus on the backs of those who can’t afford to be anything but the hired help. It’s time for us to give voice to those whose voice may get lost in the crowd or who may not be able to speak the language. It’s time to provide an opportunity to those who’ve not only shown that they can do the job but exceed all expectations and that they should be paid accordingly regardless of gender.

It’s time to become just as united as a country as we claim to be in the name. That’s why this special issue is important. To show that love from different folks in different ways is important to our society, and mental health, as a whole.

After a year of fighting for justice in the face of unbridled hate, I’m hoping for a time of love and healing. I’m hopeful that even those who hate have someone they love enough that they’d want to leave a better world for. Someone who they care about so deeply that they want to see things change so their loved ones may have a chance to enjoy what others have fought for and died trying to get to.

For that to happen, we have to build upon the work that has already been completed. Breaking down systems that we know are wrong and holding people, and ourselves, accountable for their missteps and blatant discriminatory practices and biases.

Am I looking for utopia?

I am looking for a day better than yesterday. I’m prepared to do what I need to do to make sure my loved ones are guaranteed a better shot at this mixing pot that should be full of culture, ethnicities, opportunities, democracy, and other fundamental rights guaranteed to every American regardless of how they got here or how long they’ve held their citizenship or permanent address.

In the words of Tobe Nwigwe, the remixed words of Teddy Pendergrass’s “Change the World,” “the world won’t get no better if you just let it be. We got to change for you and me.”