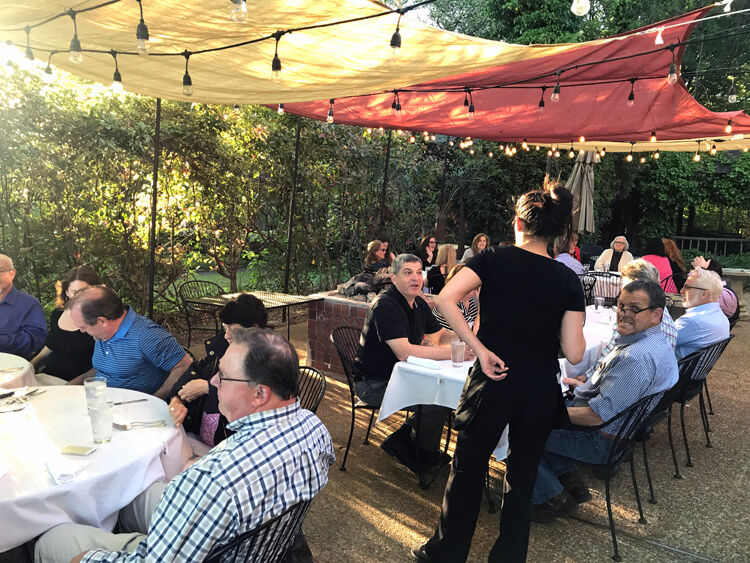 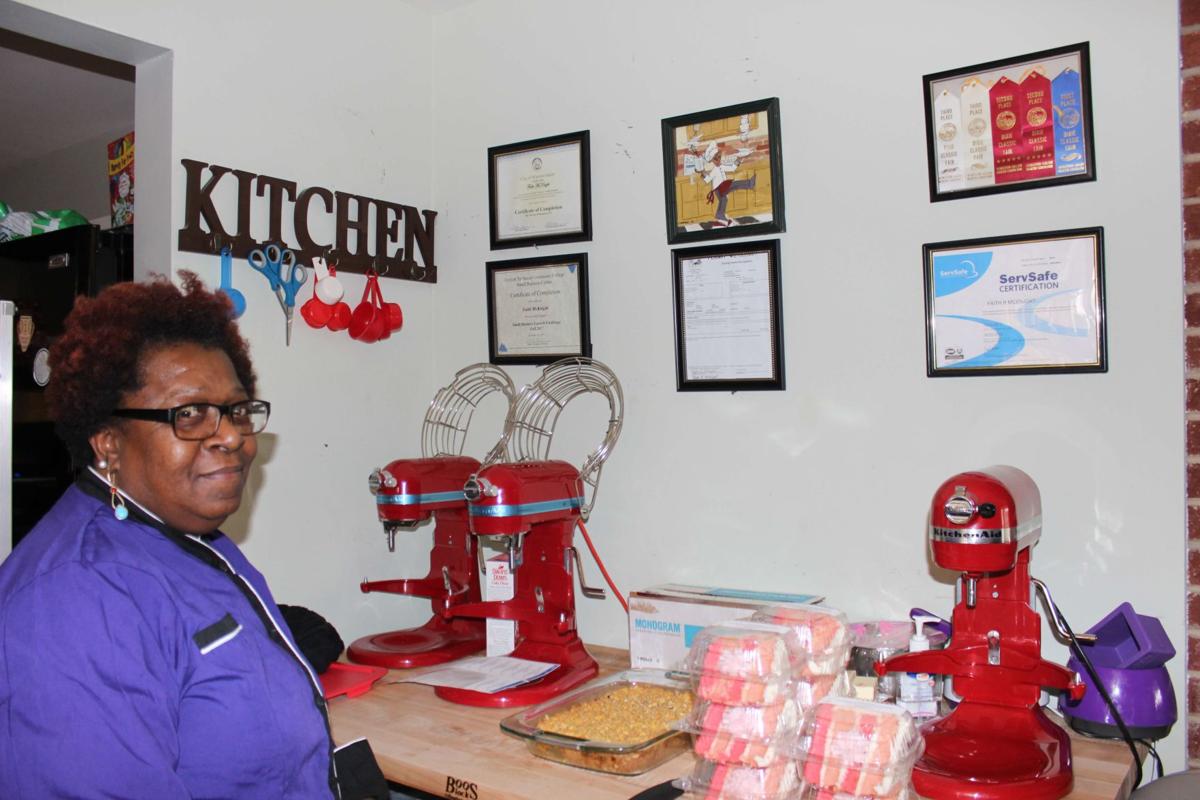 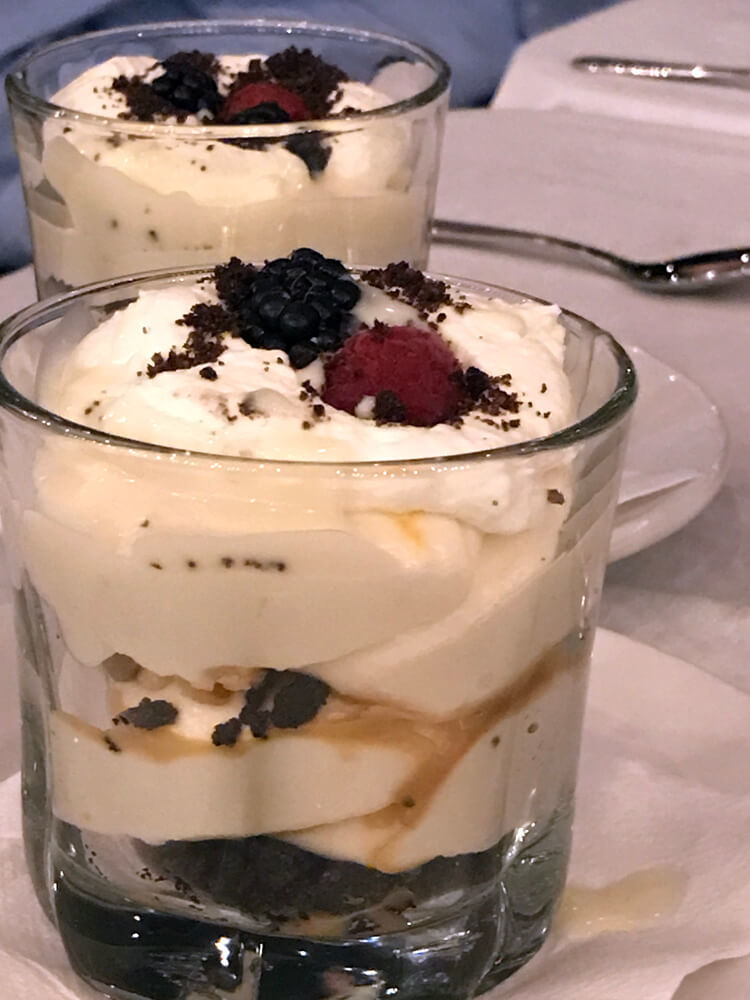 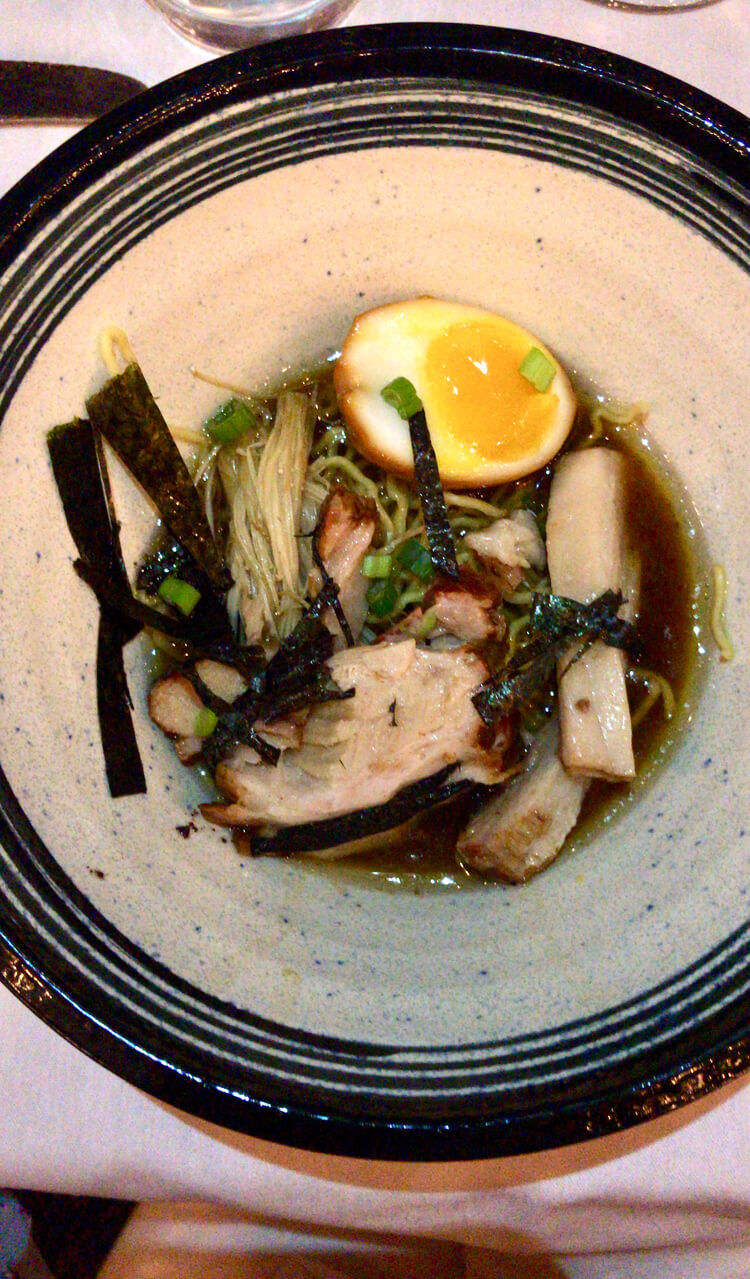 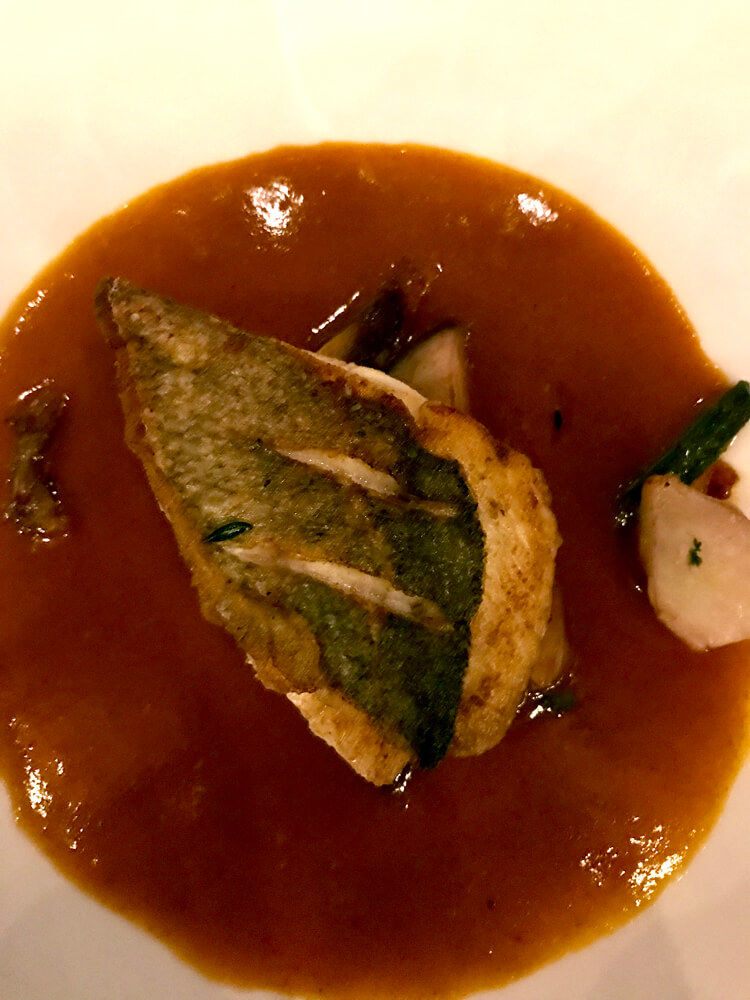 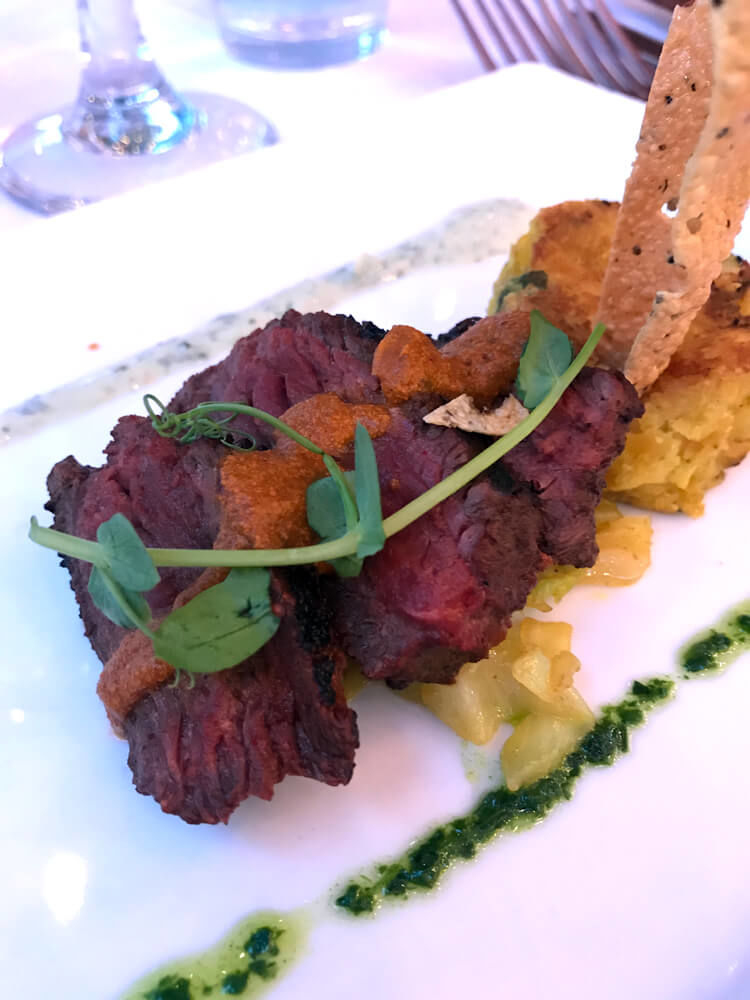 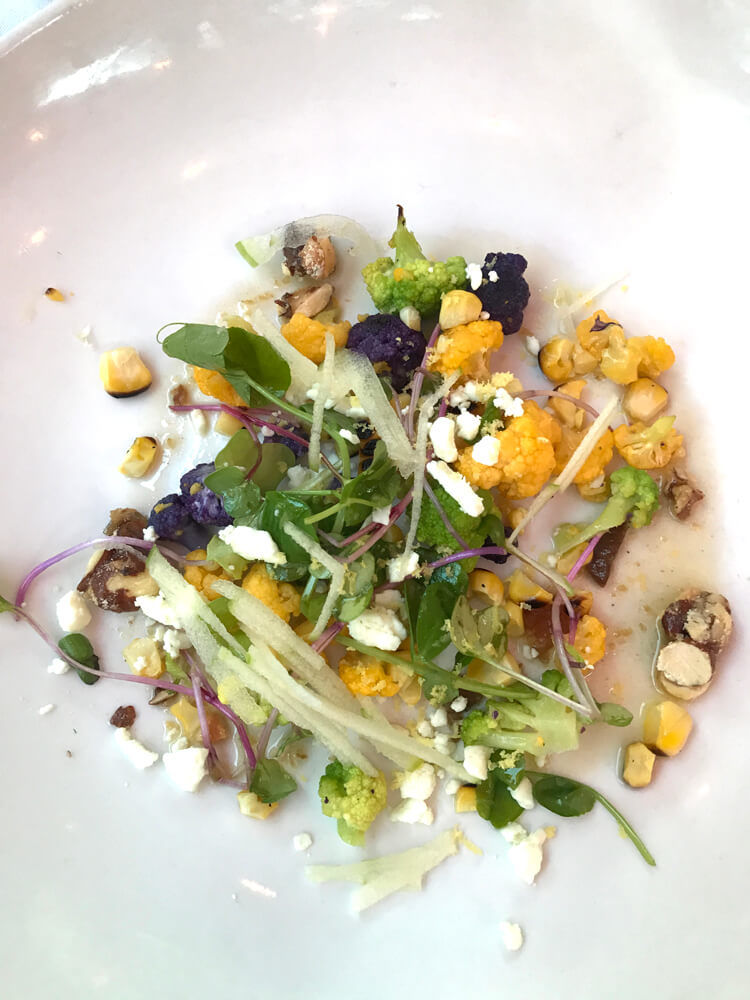 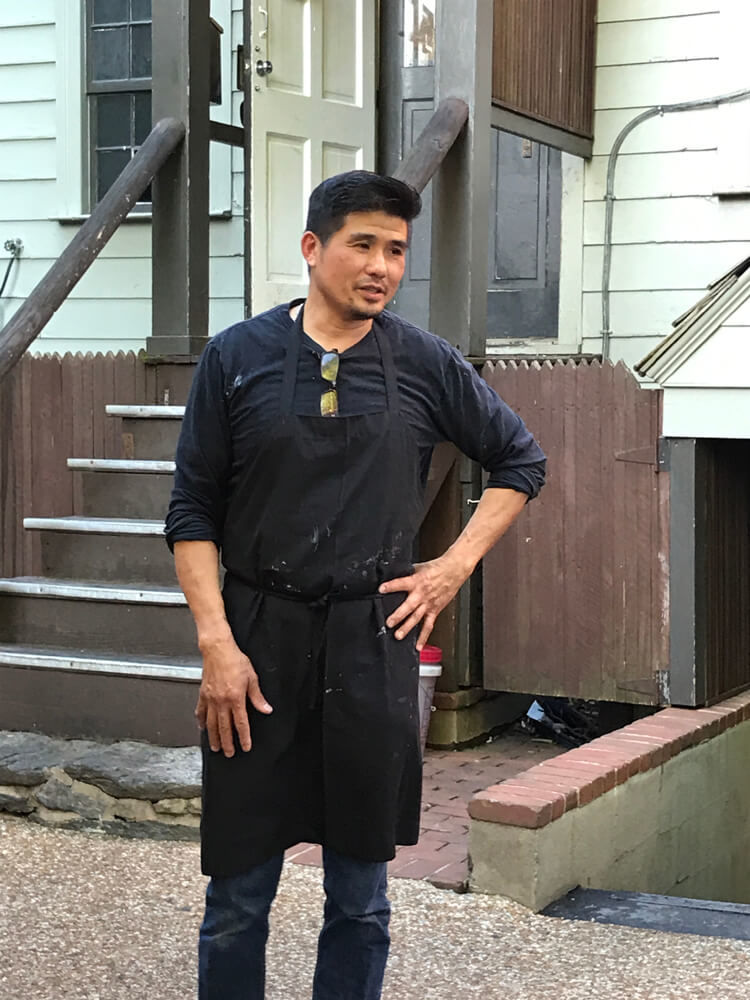 Chef Freddy Lee has been stealthily creating extraordinary cuisine for nearly three decades as the chef for his restaurant, Bernardin’s, located at 901 W. 4th St. in Winston-Salem. The restaurant celebrates 27 years this year, which is no small feat for a restaurant these days.

Quiet and a bit shy, with a complete lack of bravado that you might expect from some chefs, Lee and his brother, Terry, are a stronghold in the Winston-Salem dining scene. Before there was a popular downtown, Bernardin’s, at its unassuming shopping center location on Jonestown Road, was the go-to for that “special night out” for anniversaries, proms, and romantic dates. Back in the day, a restaurant in a shopping center was the thing to do, Freddy told me. Then, nine years ago, the Zevely House, which had enjoyed its iconic status as a restaurant in the Historic West End, became available. The Lee brothers moved the restaurant into the 200-year-old Moravian style house, and it was as if Bernardin’s at the Zevely House was always meant to be.

“Downtown was starting to really happen back then, and we thought the West End would be a perfect location, it was more central and nearer to everything.”  More businesses, bakeries, the ballpark, and condos added to the happening little neighborhood vibe.

The romantic atmosphere of the purported “oldest home in Winston-Salem” also adds to the already elevated masterful dishes coming out of the Lee kitchen. White linen tablecloths and a full place setting in the dining rooms give it an intimate feel, and service is always top-notch.

Freddy was born in India and raised in New York. As a teenager, he started working in fine-dining restaurants in the city and after high school and graduated from the Culinary Institute of America.  Although he learned a great deal about French culinary techniques in school, it’s on-the-job training that he’s found invaluable.

“You learn some basic skills from school, but it’s working at different restaurants and with different chefs that you get the most experience.”

Freddy worked in New York City in restaurants (such as Tribeca Grill) and California for a bit before he and Terry followed family members to Winston-Salem with the intent to open Bernardin’s, and they’ve considered themselves North Carolinians ever since.

Bernardin’s was the location of a recent Chef’s Table, which was so popular that it sold out in a matter of hours.  Thirty-two guests were welcomed on the beautiful Bernardin’s patio where Freddy embarked on an adventurous, culinary tour of flavors from around the globe with local ingredients.

Listening to Freddy talk about this dish was fun and made me want to replicate it. The complex flavors of the lightly roasted cauliflower along with a sweet crunch of roasted nuts were a fun take on a salad.

Did you say “kangaroo?” Yes, I did. Bernardin’s is kind of famous for its kangaroo dish. What does it taste like, you may ask; it’s slightly stronger in flavor than beef but not as gamey as venison. It’s very lean, very clean and you should have it at least once.  Freddy’s preparation of this classic Bernardin’s dish is lovely and lets the flavors of the meat shine.

The light and flaky fish was pan-seared with crispy skin in a simple, earthy, and smoky broth.

A true crowd-pleaser, this dish was light and flavorful with the jammy egg.

This little dessert had it all: fluffy, whipped and sweetened cream cheese layered with chocolate, coconut, and berries with hints of orange.

“Dive straight down and pull it up for the perfect bite,” Freddy told us.

And perfect it was. I’d go back for that anytime. I’d go back for any of it. Guest John McPherson, who’s attended several Chef’s Tables said, “I love how the chef has taken us all over the globe with this meal.”

Every course was exquisite. Some versions of the dishes served at A Chef’s Table are dishes that have made or will make an appearance at Bernardin’s at any given time. Lee said he loves to work with a different game and changes his more adventurous offerings based on what quality ingredients he can get.

“I like to work with emu and bison and different kinds of seafood,” he said.

Lee encourages taking the leap when dining out.

“Many people order off the menu, but sometimes they’ll want to be surprised. That’s the best way to eat, really. Order different entrées and share them.”

The Lee brothers also own Bernardin’s Charlotte and Blue Fin in Columbia.  Freddy also has partnerships in other restaurants as well: Trade Street Diner, Bleu Restaurant & Bar, and Cowboy Brazilian Steakhouse. How he has time to cook in addition to looking after all these restaurants is a wonder.

However, now with his children grown, he enjoys quick trips with his wife, even out of the country, but never for very long.

“I like to get out of the restaurant and travel and eat fast food,” he said with a laugh. “Opening restaurants is stressful but to me, I love to cook, and it comes easy. I will always be cooking.”