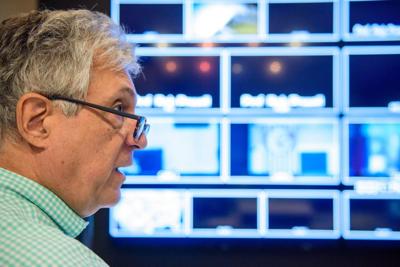 It was a sunny Tuesday morning as Joe Michaels, then director of the Today Show, prepared for a live concert at Rockefeller Center. A helicopter was in the sky, a camera was on the roof of 30 Rock and the crew was in place.

Al Roker was talking to guests on the plaza, Katie Couric was in the production room and Matt Lauer was interviewing Richard Hack. The show was going according to plan and it seemed like an ordinary day.

At 8:46 AM, then Executive Producer Jonathan Wald’s phone rang.

Joe Michaels said, “The first phone call was from Jeff Zucker, our former executive producer, who was, at the time, the president of NBC. Jeff was at a meeting downtown at one of the hotels and heard some noise, heard people talking about it and called to alert us that something was going on.” 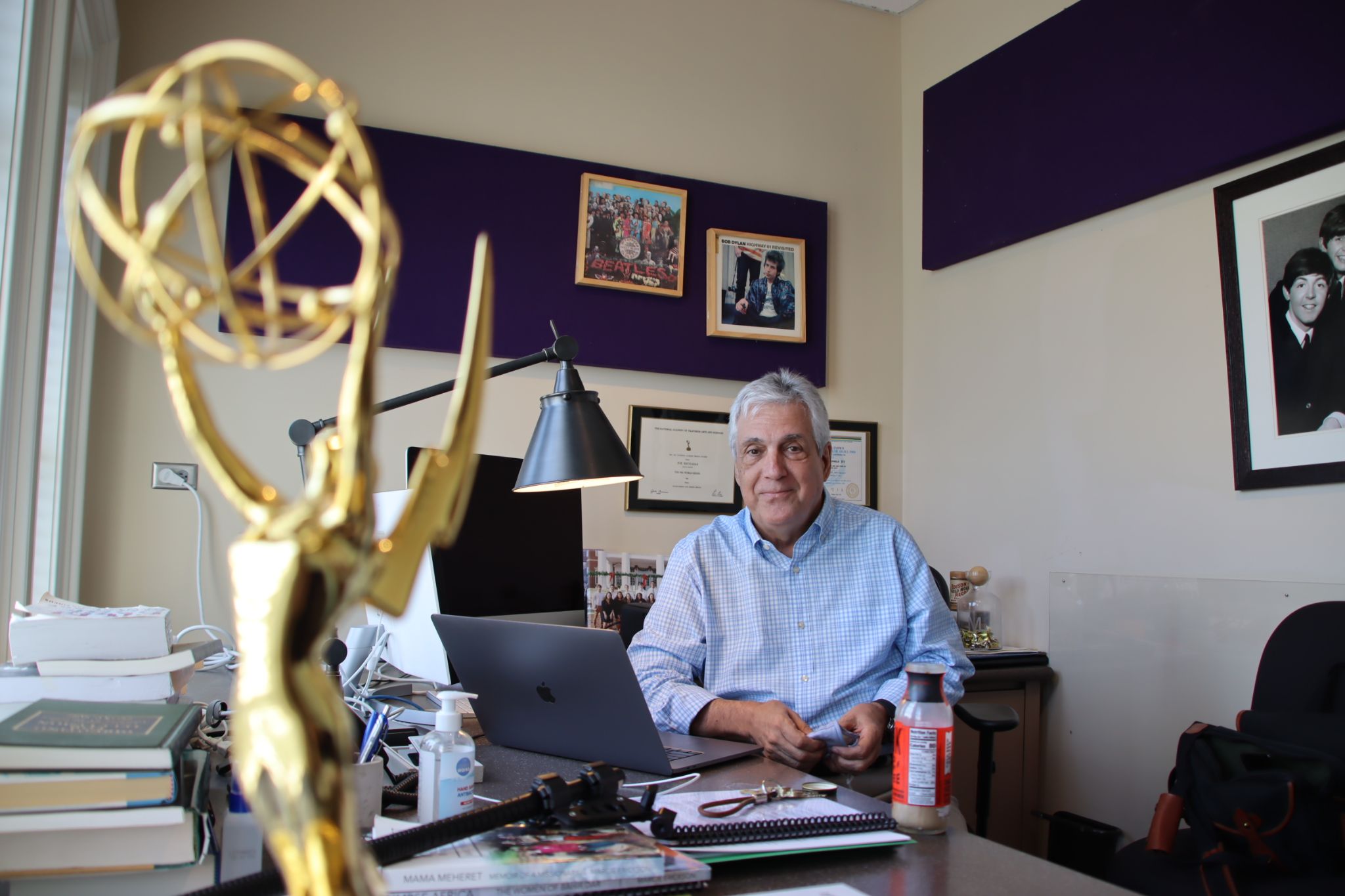 Starting his career with NBC in January of 1974, Michaels has won eight Emmys, covered stories from the Columbine Shooting to live brain surgeries and directed over 5,000 episodes of the Today Show. However, he said nothing prepared him for this moment and what would come after that initial call from Zucker.

Wald told Lauer to go to break and the 2 minute commercial became the time to figure out what happened. It was in these 2 minutes that one control room in the basement of a New York City skyscraper would become the place that controlled what people knew and when.

“We didn't think it was a big national story because planes had hit buildings before,” said Michaels. “I don't want to say they're local stories, but they are kind of local stories. A small plane hitting the World Trade Center. We didn't know what we had. We didn't see it until I got the pictures.”

There was no strategy, there was no script and there was no telling what may happen next. Michaels was the man with no plan, something that rarely happens in television news.

Lauer and Couric were live on air and had just reported that a small plane had hit the North tower when the pilot of the helicopter up to film the now cancelled concert radioed Michaels.

“My chopper pilot was listening to the program and he heard us reporting that a small plane hit the building. And he said, ‘You've got to correct that. The hole in the building is enormous. A small plane would have never done that.’ That's when we took it more seriously,” Michaels said.

As time went on, Michaels and his team tried to get more information.

“Obviously we ramp up with phone calls, back decks filled with segment producers, calling people, trying to find stuff out,” said Michaels. “NBC News keeps a formidable amount of equipment in Long Island City. They scrambled their trucks to get over there. So that's all happening within 15, 20 minutes.”

A new message from Michaels’ pilot came in. Another plane was on the horizon. Little did they know, this plane was United Airlines Flight 175 which would soon hit the South tower.

As millions of people ran from the World Trade Center, first responders and journalists ran toward the flames trying to help people get to safety and get informed respectively. 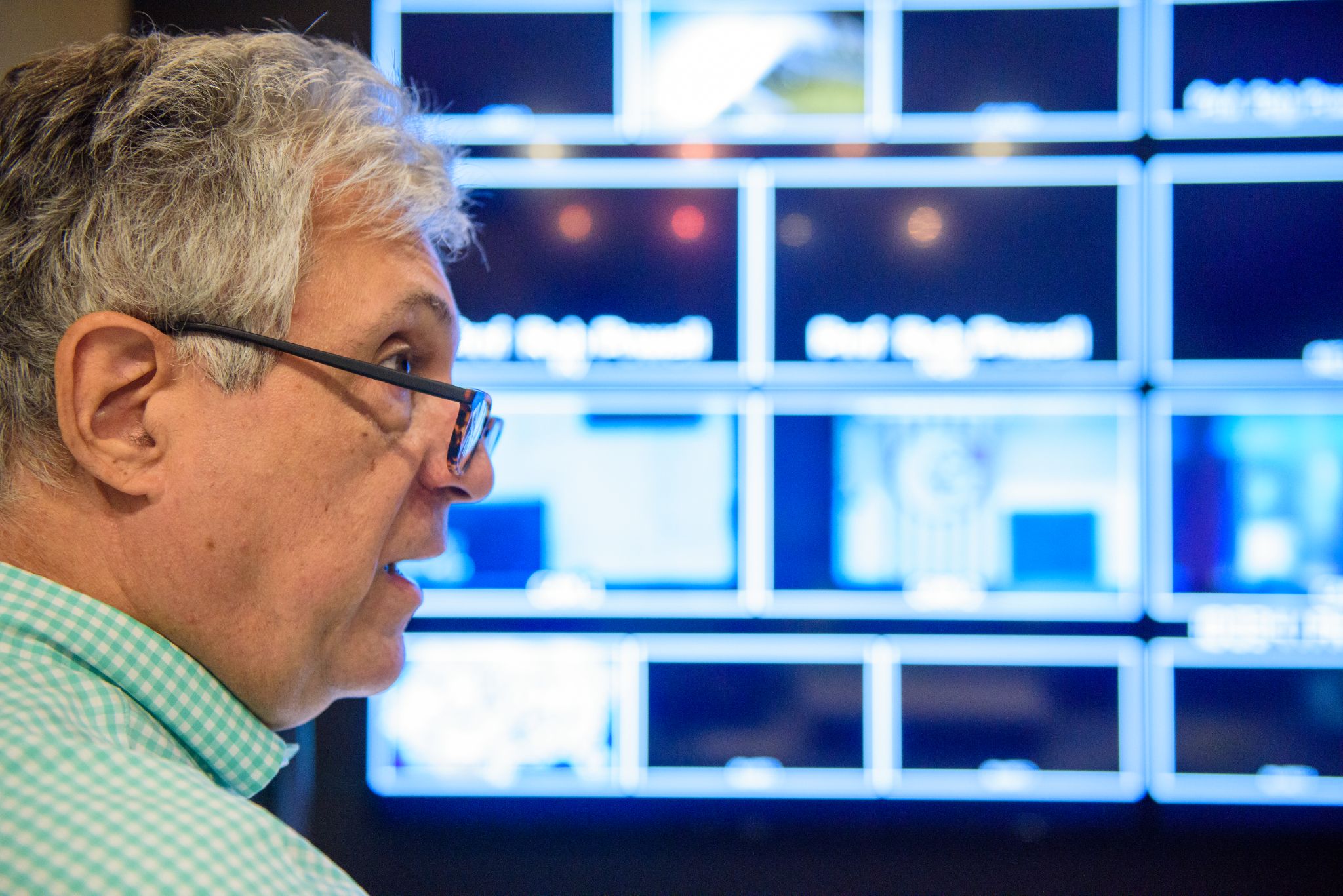 “We probably had about 18 to 20 people in [the control room] on any given morning. On this morning, by the time we really got going after the second plane hit, I would guess there were probably 40 or 50 people in there on phones trying to help out,” Michaels recalled. “[It’s] really incredible when you think about it. People who were home came in, people who were across the street in their office came in, the newsrooms across the street swelled up with as many people as they could bring in.”

When Katie Couric said the word intentional, those in the control room realized the magnitude of this event. According to Michaels, the realization of the full extent and impact of September 11 was gradual, but hearing that word, the confirmation that this was not an accident, was gut wrenching.

Talking about the feeling inside the control room, Michaels said he believes that the crew he was with on the morning of September 11, 2001 was more focused on getting information out than their own safety.

Yes, Michaels believes there was fear. It’s even been reported that Lauer passed a note to a producer informing them to call his wife and tell her he loved her. However, Michaels firmly says that no matter how scared the team was, they were unwavering in their efforts to stay live and report the truth, something which was difficult in the unfolding situation.

Michaels vividly remembers one call from that morning. As one of his producers walked down the street, she described the sight of the North and South towers on fire. Frantically talking, she walked down a block, came to the next avenue, and the South tower was gone.

Michaels had just cut away from a shot of the towers from New Jersey. By the time he cut back, there was only one tower left standing.

When the North tower had collapsed, Michaels had begun to take his eyes off certain monitors. Although he saw close ups of individuals jumping from the towers, he refused to show it on live television. In fact, he said he told the helicopter pilot to pan away as he did not want to see these images on the monitors anymore.

Michaels said, “There were people that were in a control room and one particular producer who lost her brother in law, but didn't realize it until I said to her, ‘Did you check on your brother in law?’ And she broke down because she realized he was on the [top] floors.”

Today, Michaels reflects on the night of September 11, in his hotel room, overlooking Central Park. He remembers the sounds and sights of military jets flying over the park all night. As he looked out the window, he knew the world had changed.

When asked if he would ever forget the sights, sounds and fears of that day, Michaels simply said “No”.

Michaels is now High Point University’s Broadcaster in Residence and an Associate Professor of Media Production and Entrepreneurship. He uses his experiences to help craft the next generation of directors and filmmakers. However, his memories from September 11 and the lessons he learned are something he will never forget and will always pass along to those too young to remember.

“Last week when I heard ‘the 20th anniversary’, I got a pit in my stomach. I don't think you ever forget stuff like that. You know, people say, ‘I remember exactly where I was when that event happened.’ Well I was there. And I feel like it was yesterday.”

Joseph Maronski is a junior at High Point University, pursuing dual degrees in journalism and political science. Besides holding leadership roles on campus, Maronski spends much of his time volunteering in the community.