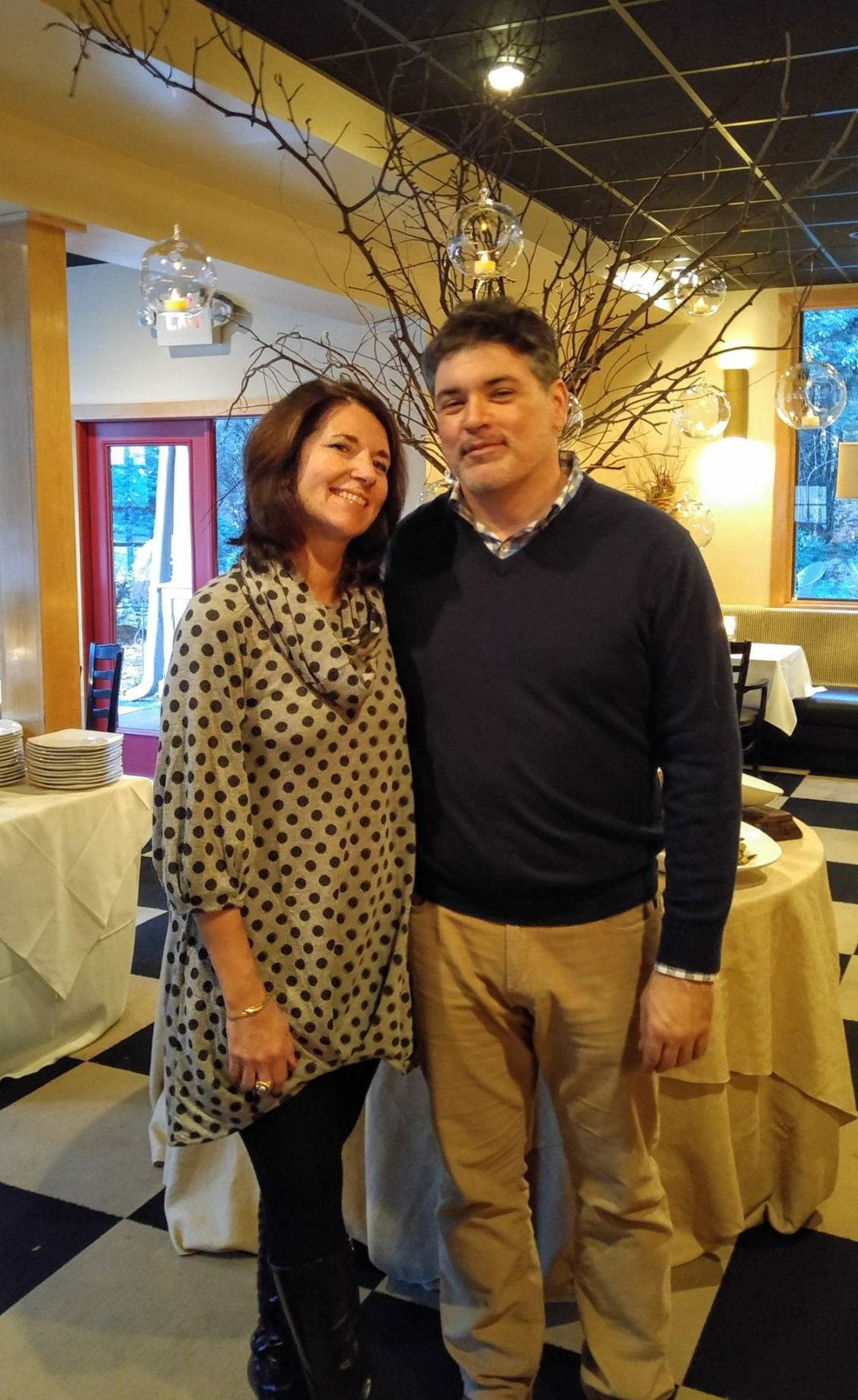 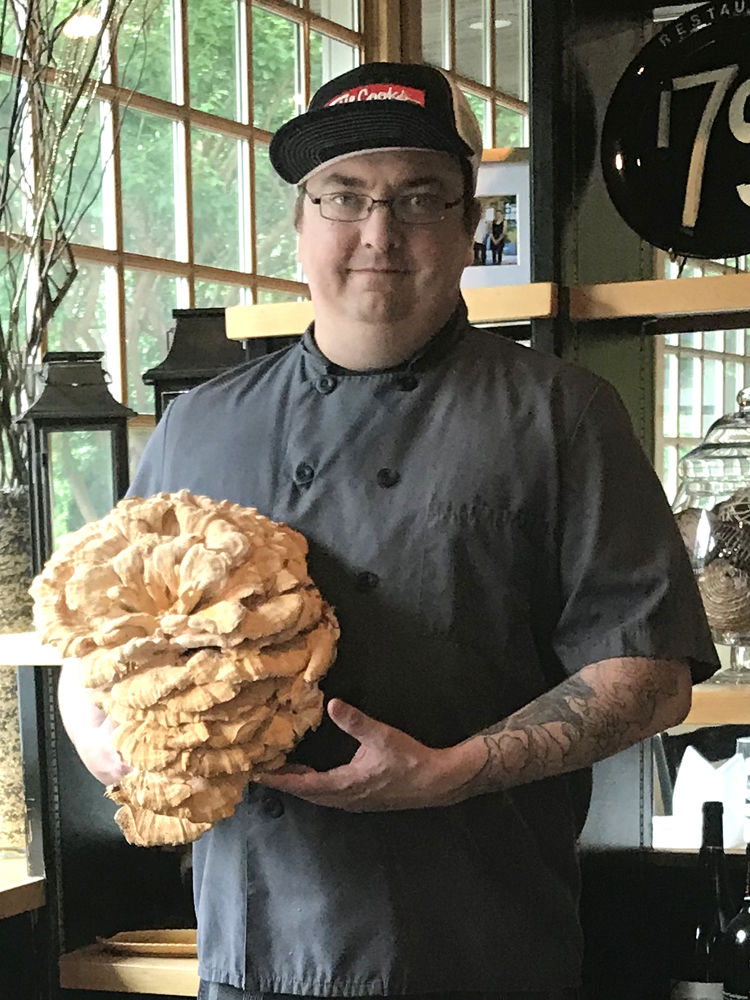 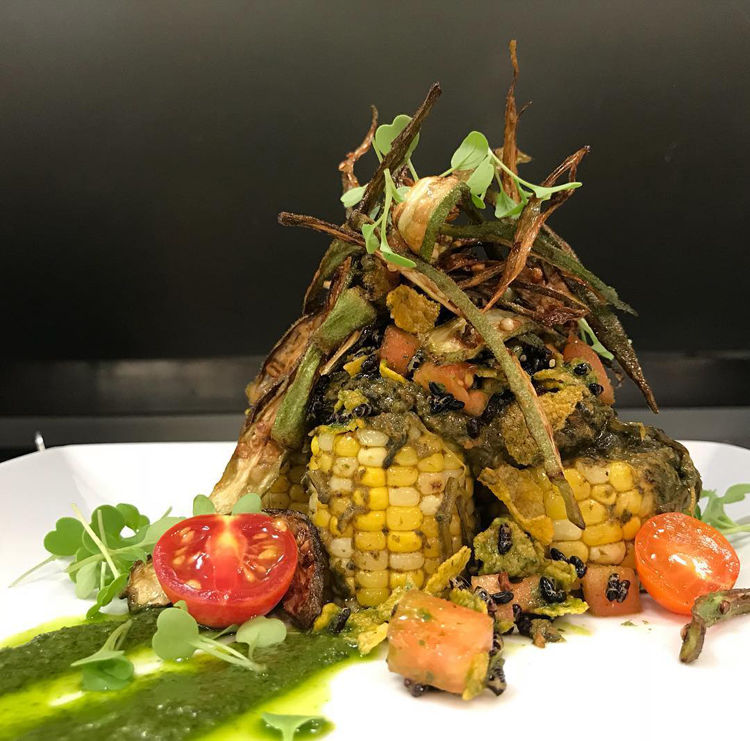 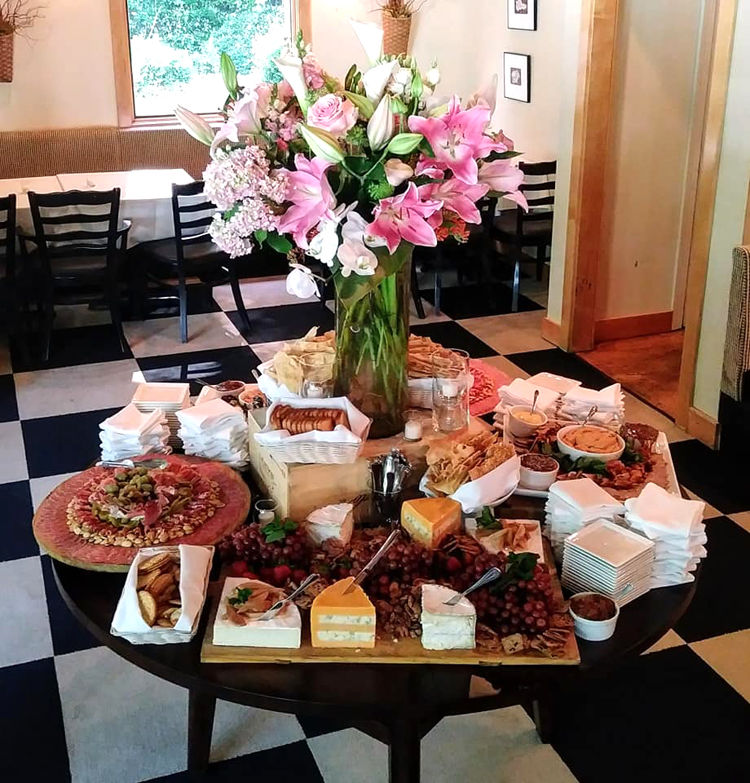 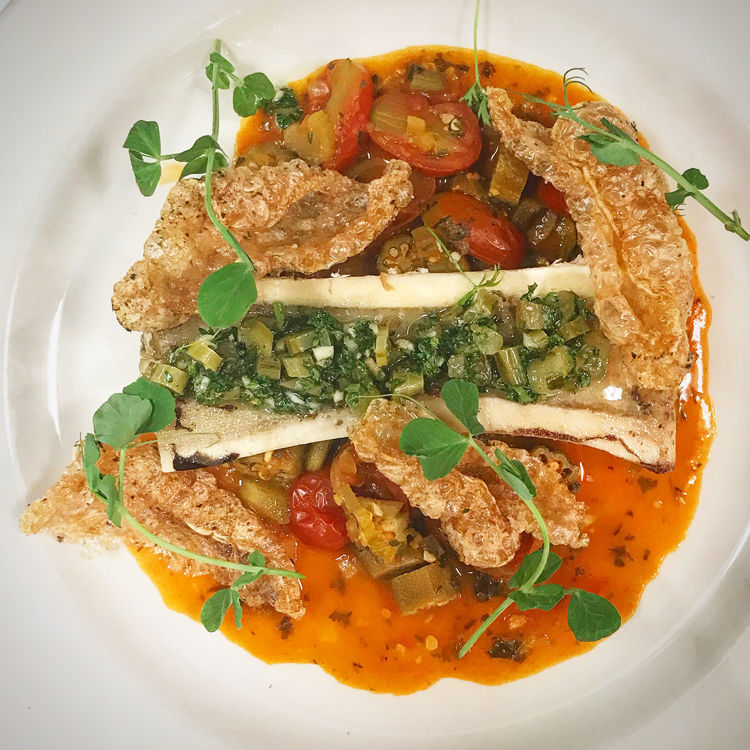 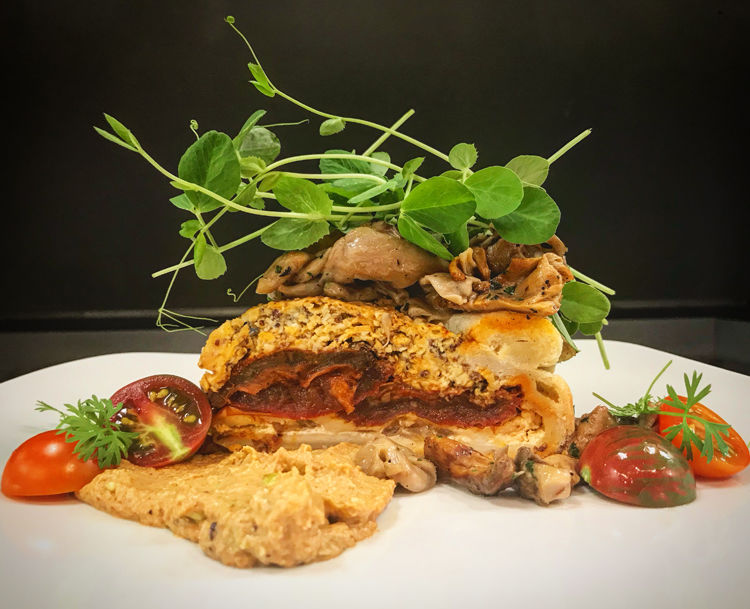 It’s not easy being amazing.

Actually for 1703 Restaurant and Catering, being amazing is easy. Because within its walls labor the nurture and love of Joe and Molly Curran, and Chef Curtis Hackaday, one of the Triad’s most creative chefs.

The restaurant, located on Robinhood Road in Winston-Salem, has been striking an arrow through the heart of foodies for 18 years. Before opening 1703, the Currans worked at Roaring Gap Club, and during the off-season of November to April, they catered.

“After the season in 1999, we started looking for a space in Winston-Salem,” Molly said. “The space at 1703 Robinhood Rd. became available, and we took it over in June 2000. After months of renovation, we opened in October.”

Fortunately, the restaurant already had a good base of catering customers.

“Opening a restaurant is always nerve-wracking, but we had a group with whom we had a relationship,” Molly said. “This made the transition a little easier. Our regulars have been loyal to us for 18 years, and we are very grateful to them.”

Molly said the catering/restaurant relationship is great synergy. “We continue to see people in the restaurant who were introduced to us through catering, and we are catering to first-time party givers who know [us] only from the restaurant. It’s a nice balance.”

Those regulars and new fans keep coming back because of the quality of the food, which all started with Joe. Now, Hackaday is at the helm in the kitchen, and his creativity and finesse are nearly unmatched. Hackaday started as a waiter when 1703 opened. He left for a few years, returned to wait and cook and became Chef de Cuisine six years ago.

“Curtis was thrown to the wolves when he was promoted in 2012,” Molly said. “We were getting ready to go up to Roaring Gap to take over a restaurant on the property. Our chef walked out a week before we were set to go. Curtis stepped in and was better than we could have imagined.”

Molly said Hackaday had been given much flexibility to be creative with his menu items, but that’s only part of his job.

“Sometimes parties come up quickly, and he has to navigate the purchasing and manage the prepping for the parties, all the while creating the masterpieces on the plates of the restaurant tables. It can be annoying with the last minute additions, but he is virtually unflappable. We are his biggest fans.”

Hackaday, who’s a full-time dad as well as a chef, is a huge supporter of local agriculture and loves to try new, innovative approaches to local ingredients.

“We use three farms on the regular: Harmony Farm, Fair Share Farm, and Shore Farms Organics. I speckle in other farms if they have something I want and can’t get from the main three.”

The result of his close relationships with farms is wildly imaginative, visually stunning tapas and entrées.

“It’s easy to plan menus when the farms start raging,” Hackaday said. “I look at their product list and see how I can make this different and accessible.”

Hackaday is also a mushroom expert and has foraged and picked 50 pounds of mushrooms this year.

Margie and Bill Imus own Minglewood Farm and Nature Preserve, where Hackaday has donated his talents at their farm-to-table fundraising events.

“He is one of the most creative chefs and makes some of the most beautiful plates of cuisine in town,” Margie told me. “He is truly an artist in many ways. We saw right away Curt was all about seasonal, local produce, and knowing his farmer.”

Eighteen years of success for a locally-owned restaurant is no small feat. 1703 isn’t part of the downtown scene and despite me including them in a list of West End restaurants, they’re technically not in the West End (close enough though). Mostly, 1703 considers themselves a neighborhood restaurant.

“The neighbors are our captive audience,” Molly said. “We know them and recognize them and bend over backward for them because we value their continued business. We vary our menu daily based on the chef’s creativity, which keeps our ideas fresh. Our regulars like it because they can come to dinner for two nights in a row and have a different dining experience.”

The Currans also attributed their success to very low turnover of their waitstaff.

“They are the face of our business, but more importantly, we feel they are members of our little family,” Molly said. “It takes a special person to be able to do all that is required to wait tables at 1703, and we appreciate all they do and their loyalty. As a result, they stick around.”

Often, when a catering business opens a restaurant, the restaurant struggles. However, 1703 has embraced the dynamic.

What’s not so easy for 1703 is being just far enough away from “the local food scene” that though the eatery isn’t exactly forgotten about, it is often not talked about. Something I’ve noticed in the past is that when local media and foodies talk about restaurants, lots of downtown is mentioned, and somehow 1703 is left out. Sometimes, we can’t help it. It’s hard to tell someone what your favorite entrée at 1703 is when the menu changes so often. The restaurant isn’t part of the downtown vibe, which can also be isolating.

“We definitely feel left out of the hype surrounding downtown,” Molly said. “We’ve been in existence long enough to remember when there was no scene downtown. We are grateful for the energy surrounding the downtown restaurants because it has changed the dynamic of Winston-Salem. Downtown has come a long way, and we’ve been here the whole time.”

Winston-Salem is a glowing community of restaurants, and it should not be downtown versus everyone else. The Currans said they strive to be a part of that.

“When one of us is successful, there is potential for everyone to be successful.”