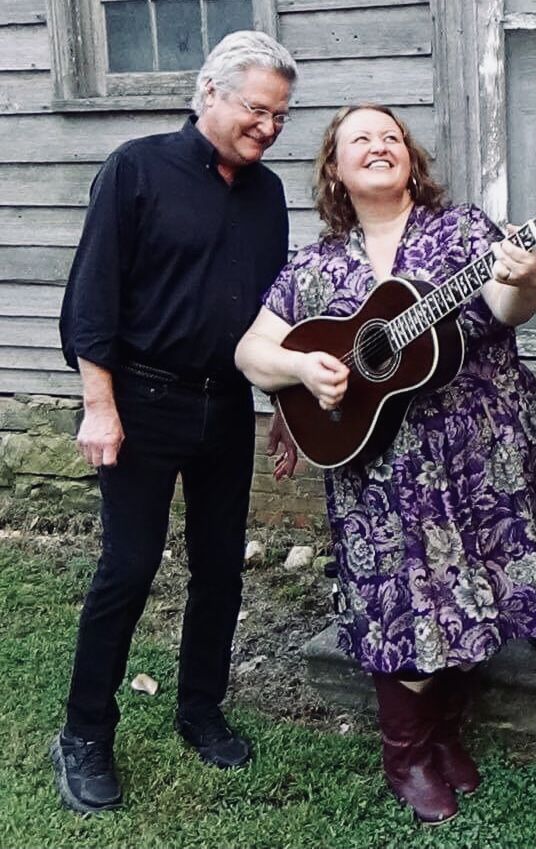 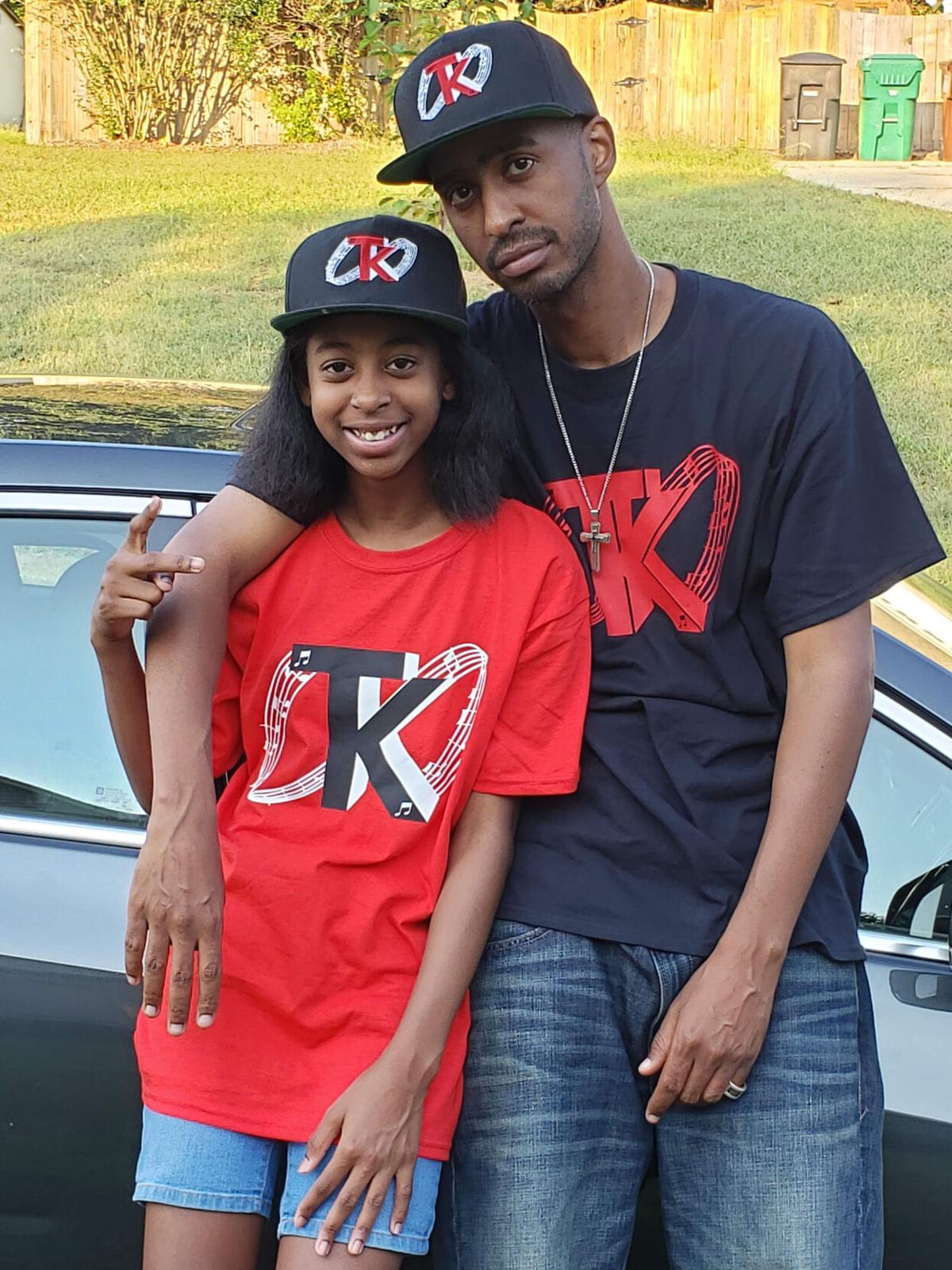 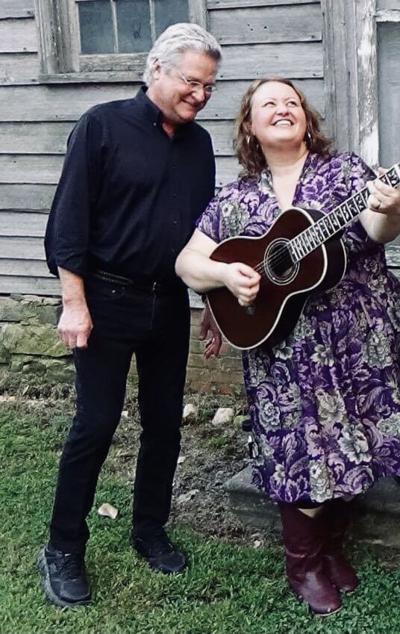 Sweet-hearted songbird Laura Jane Vincent and teenaged-rapper TK Free are two Triad artists following in their father’s musical footsteps while blazing their own trail of tunes along the way.

Fourteen-year-old TK Free credits her father, Nas Freeman (aka Nas-T), for her adlibs, work ethic, and stage presence. “Being around all his friends that do music has made it easier to pick up and learn new songs,” she explained, noting the perks of growing up with a musical dad.

The rising ninth-grader has been rapping steadily for the past five years and started writing songs around 2018. She released her first record, “TK’s World,” in April.

With his daughter dropping albums before she even hits high school, Nas-T is a proud papa. “TK’s a reader, so converting her feelings to music and hearing how it comes out is always shocking,” he said of watching her talent develop. “I know grown folks who don’t possess her level of content.”

Nas-T himself began playing music as a kid, starting with drums as a preschooler and becoming a rapper by his teens. “It’s stuck with me through the years,” Nas-T noted. His latest albums, the “Redemption of Life” EP (2016) and “B Free” (2019,) are arguably more adult-oriented and feature his experience working with producers like C. Boogs, Superior Tek, Magiconthebeats, ShowdownBeats, D.R.U.G.S Beats, Grim & Tre Magic; and artists including Drox Czen, IllPo, Shad Rack, Bionik, Tre Magic, Ed E. Ruger, and Cy Extra Money.

“Our music will always be different,” Nas-T said of the contrast in his daughter’s work. “She’s growing up in a different era, and while our thought processes are different, we’re similar in that we both stay true to ourselves.” Free agreed, dropping the lyric “pops said don’t be one of the fakes” on the track, “Told You,” on which Nas-T is featured.

Turning to inspirative artists, they both enjoy the lyrical work of J. Cole; and find their greatest influence in each other. “She thinks she’s better than me,” Nas-T noted, “which pushes me to grind harder.” He also credits Free for keeping him connected. “As I’m getting older, she helps me understand how the youth thinks, which allows me to make songs for everyone—not just my era.”

While Free acknowledged her father’s inspiration for the better, she’s also a teenager. “My dad is very annoying,” she said, reflecting on their time in the studio, “and he has too much energy.”

Accordingly, “TK’s World” opens with an appropriately teenaged track expressing frustrations with siblings and burgeoning independence, along with preferences for hoodies, Nintendo, and choice snacks like BBQ chips and Mountain Dew.

It’s an overall family-friendly endeavor, featuring the perspective from a girl growing up (with a noted love of candy) who’s looking forward to her future on “Choosen,” looking back on brain-freezes and bike-rides in “Havin Fun” and looking around at the pitfalls of a pandemic childhood in “Come Thru.”

As for Father’s Day itself, the pair looks forward to watching the AAU Basketball tournament, with a possible cookout. Even as they share a love of music, the Freemans put family first. “We don’t really talk much about our own music,” Nas-T said. “We try to keep these times about family.”

Family time for Laura Jane Vincent is a bit different. “I’m sure we drive the rest of our family a little crazy with all the ‘shop talk’ at dinners and holiday tables,” she said of the conversations shared with her stepfather, songwriter and guitarist, Al Simmons. “We constantly share ideas, jokes, dreams, and plans when we’re together. “

An active solo artist (and member of the folk trio, Berryfield,) Simmons spent the 1970s and 80s in the southern rock band Rockinhorse before joining Vincent’s family.

“My mom started dating Al when I was about 13, and I liked him immediately,” Vincent explained of their introduction. “He seemed genuine and unique—and he was very funny. Plus, there weren’t any other musicians in my family, so I was excited to find out he played guitar—I finally had someone I could talk to about my biggest obsession.”

As they grew closer, Vincent learned of Simmons’ background as a professional musician. “I just started asking all the questions about the industry and performing and playing,” she said. Twenty years later, she remains grateful for the insight that’s proven a cornerstone in her career.

“I learned a lot as a teenager attending gigs with Al,” she explained. “It not only gave me a front-row seat to watch him and his friends perform so well together, but I also learned about the sound equipment, setting up a stage, merchandise, band etiquette, booking shows, and getting paid.”

Beyond nuts-and-bolts around gigging, Simmons also fostered Vincent’s passion for songwriting. “Al showed me an entire universe of singer-songwriters that I never knew existed,” she said. “He encouraged me about my own art in a way that my family couldn’t—his opinion came from the perspective of an experienced musician. That approval made me feel like I could really do something with music as a career.”

As the pair bonded over poetry and folk music, particularly that of Bob Dylan, Vincent was introduced to Simmons’ fold of notable musicians—a circle in which she’s grown into on her own right. They share friendships and influences with artists like Mike Gaffney, a revered songwriter whose passing they recently honored on-stage, together, during a tribute at Doodad Farm.

These days, as a seasoned musician herself, Vincent values the input they’re able to share. “I think we both value and seek the approval of each other in a real positive way,” she said. Their next shared appearance will be billed as “Laura Jane Vincent with Al Simmons” at STARworks Cafe and Taproom on July 17.