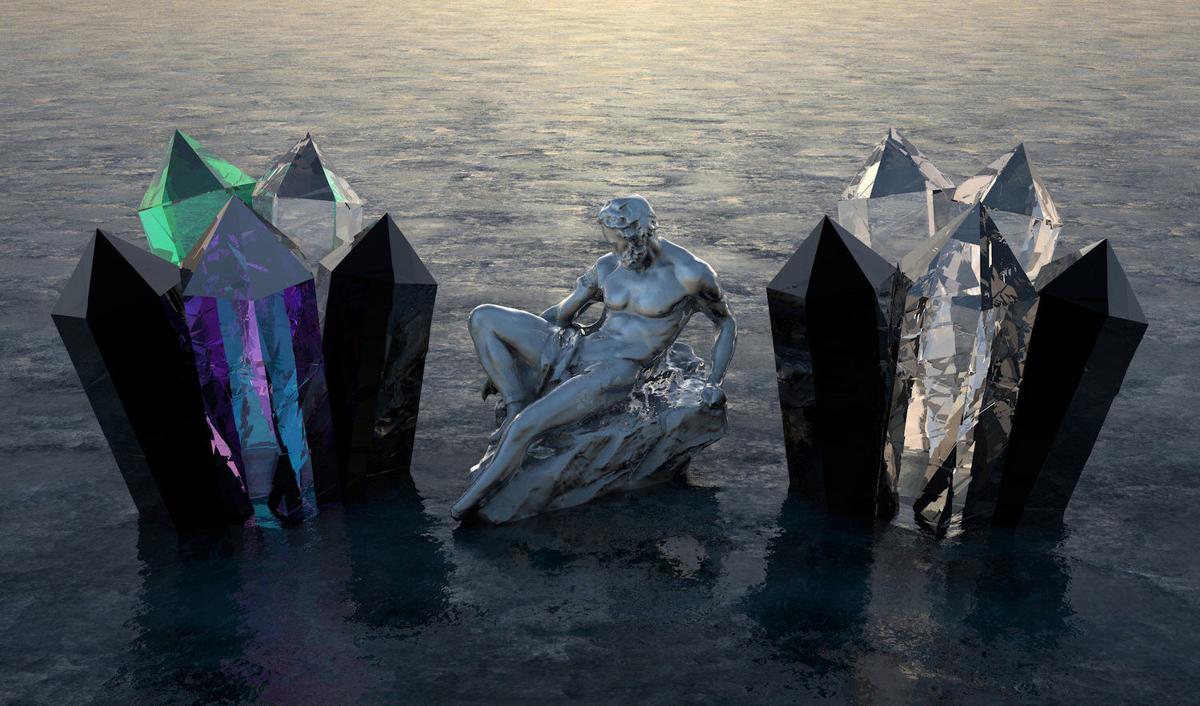 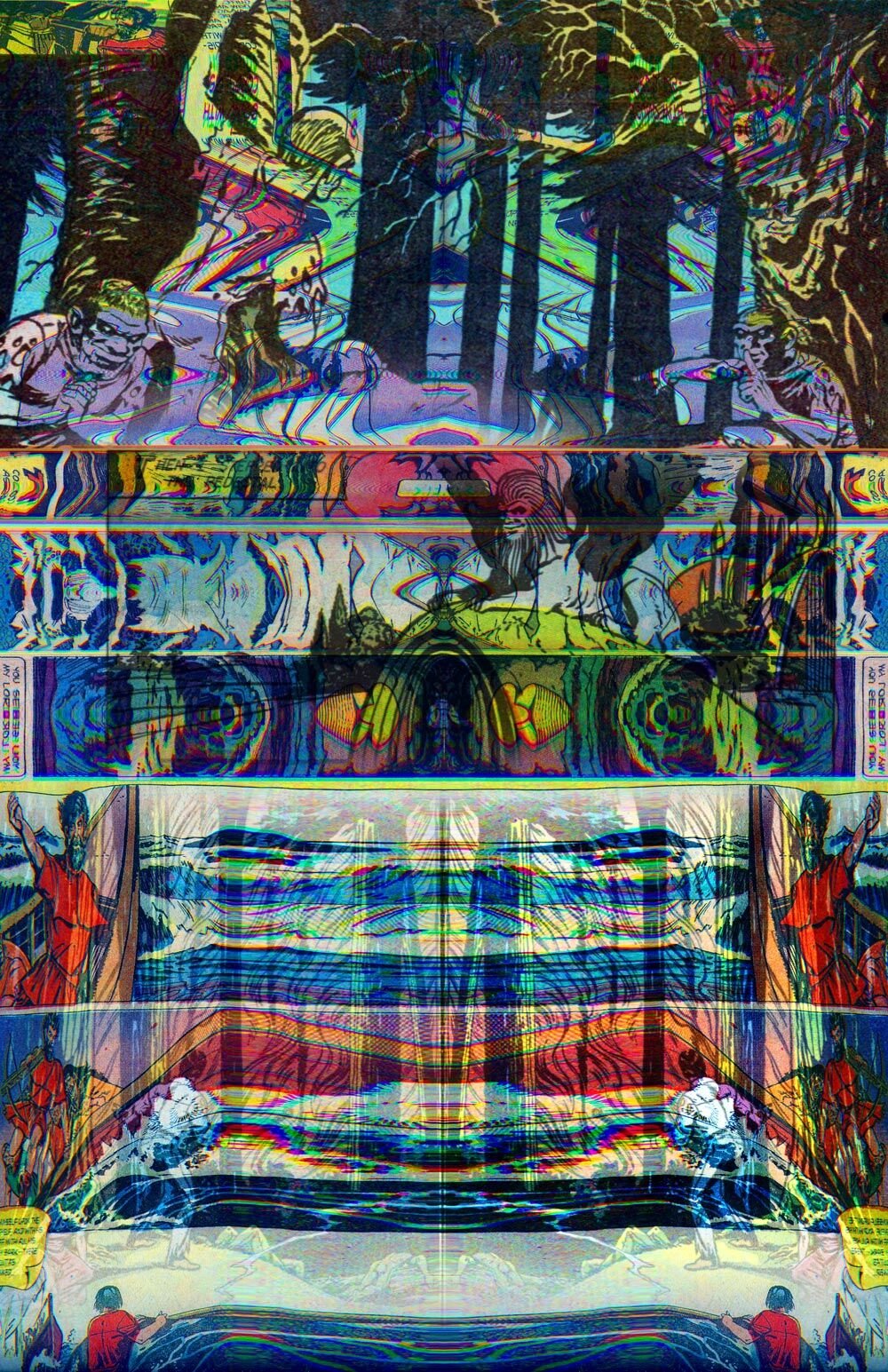 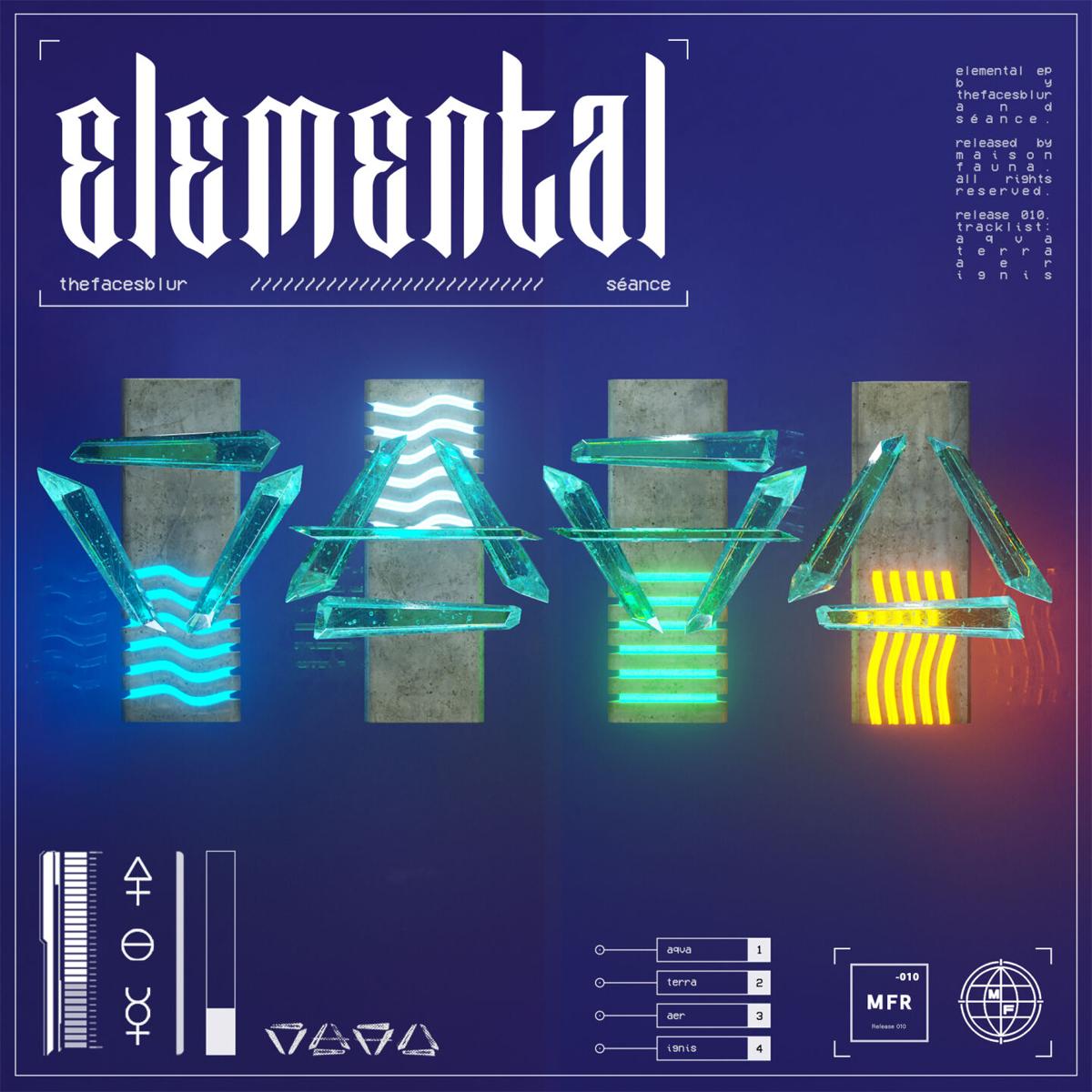 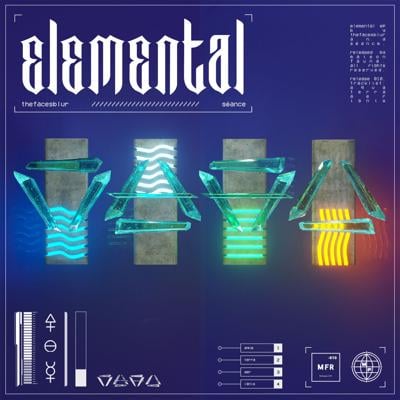 An immersive gallery experience, blending 3D art and motion graphics with music from the light technician and musician ‘thefacesblur’ will run for the final week of the Liminal Projects exhibit at SECCA, from April 28 to May 2, with a special “house music and cocktail party” in celebration on April 29.

‘thefacesblur’ is the moniker of technical artist and producer/DJ Adam Graetz, who draws “from the darker corners of electronic music,” to produce and DJ house, techno, and electronic music across a wide variety of sub-genres.

As a self-taught 3D artist and motion designer, his skills developed through producing live visual performances (or “VJing”) to accompany live music and events. “My VJing experiences in my college days helped prepare me for creating hypnotic and mesmerizing renders to be used on stage and in music videos,” Graetz explained.

Currently based out of the Triangle, Graetz grew up in Greensboro, where he inherited his dad’s audiophile nature. “Music and visual art have always been an intertwined experience for me personally,” he continued, “from a young age, I had a strong visual connection to music- often associating specific colors and textures with certain songs I loved growing up. It almost felt like a synesthetic experience.”

Graetz blends the two for a fully immersive experience at SECCA, which will feature a curated soundtrack playing along to 3D rendered visuals. “As an artist whose work is usually relegated to warehouse raves and live music venues, it’s refreshing to be able to show my work in a more controlled, focused, and elevated environment.”

General themes flowing through the installation revolve around ethereal features and world-building ideals. “It’s all imagining new futures,” he said. “A lot of the 3D work and music for the show leans towards retro-futuristic nostalgia.”

Elements of animated visuals and tracks from the new “Elemental EP,” a new project from a pairing known as “thefacesblur & Séance,” will be featured in the show.

The EP serves as a debut from the two Triangle producers, providing a multimedia presentation of original tracks and accompanying visuals, each carrying an elemental presence. “Séance and I are both highly interested in sci-fi, alchemy, and occult aesthetics, so we decided to fuse it all together with this release.”

“The tone and feeling of each track attempt to embody the energy and atmosphere of each corresponding element,” Graetz noted. Musically, inspiration came from “house music legends such as Frankie Knuckles and Mr. Fingers, as well as some contemporary deep and lo-fi house producers such as DJ Seinfeld and Hot Since ’82.”

Graetz’s preferences of combining media elements and renderings worked themselves into themes explored on the album, defining the EP’s visual language. It’s a language fans of the Fifth Element will find familiar, as expressed in the “elemental stones” featured throughout the EP and accompanying works.

Their multimedia approach extends to merchandise, which includes a limited edition bundle of the EP along with 3D Resin Printed elemental stones, hand-crafted by Brian Livingstone. Each stone comes with a USB inside with all hi-res audio files; remix stems, and album art and animations. Holographic stickers and tickets to a planned Livestream A/V experience round out the package. The stream, filmed from Life Is Art studios, will air May 1 via DICE.fm. With more releases planned, the pair isn’t stopping.

Graetz continues reveling in immersive experiences, pointing to his work in Body Games, the Triangle group known for pushing “club bangers for introverts,” who released the world’s first video g-album, “Super BodyGames RPG,” in the summer of 2020. Developed by head Body Gamer Dax Beaton, players accessed tracks along a quest for “tune runes” amongst a background of a lovingly reproduced video game version of Carrboro, NC.

As for live performances, Graetz looks forward to returning to the Triad for the eventual resurrection of “Dance From Above” events—where he’s been both a resident VJ and host DJ.

“Dance from Above is like family to me,” Graetz noted. “I love those folks and fully credit them with getting me into dance and house music proper.”

While Graetz awaits the return of parties, he’ll keep working on his projects, including two solo dance albums, visual releases, and more work with Séance.

An immersive gallery experience at SECCA, presented by thefacesblur, runs April 28-May 2, with a house music and cocktail party on April 29. “Elemental” a new EP by thefacesblur & Séance, is available via the Maison Fauna webstore.