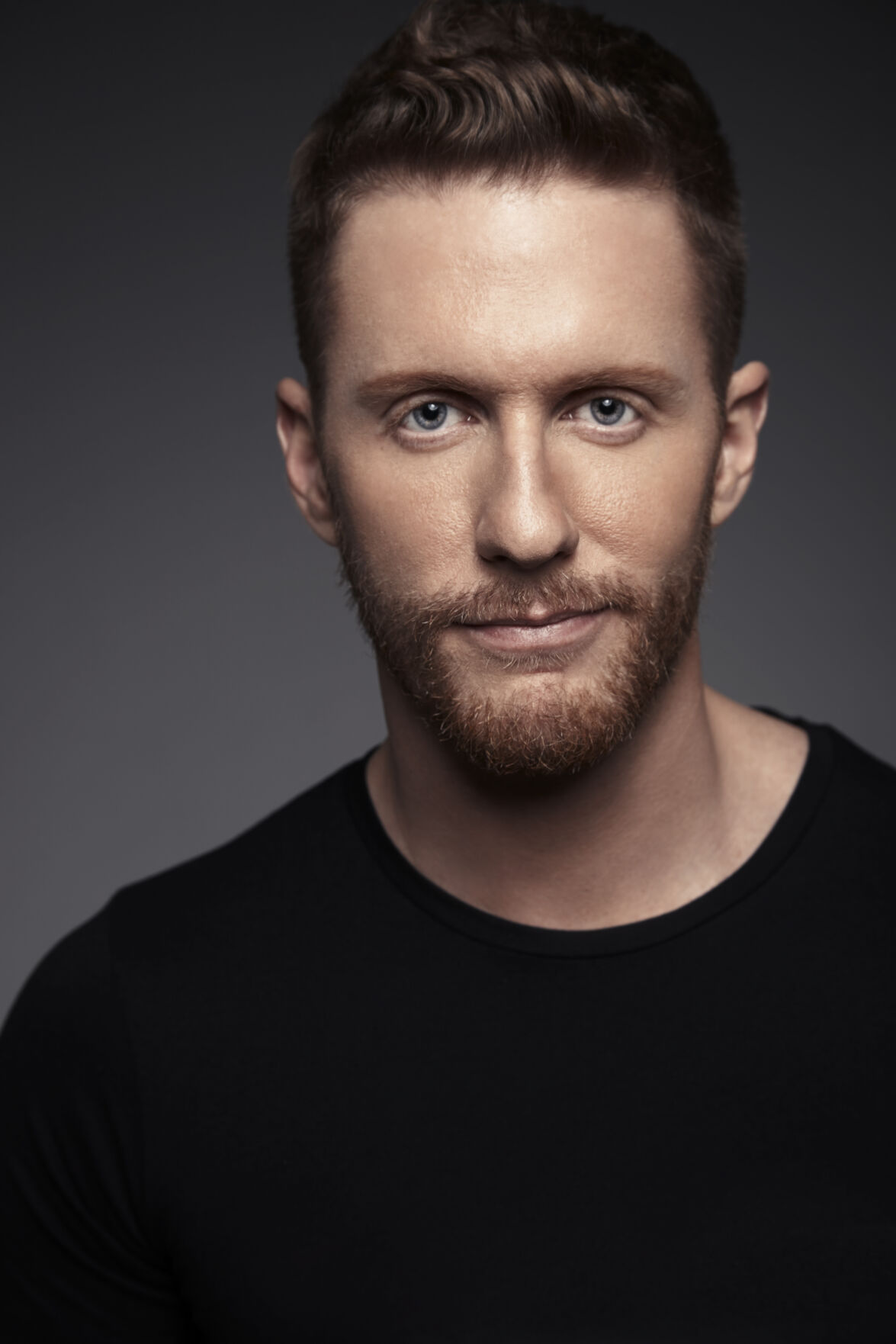 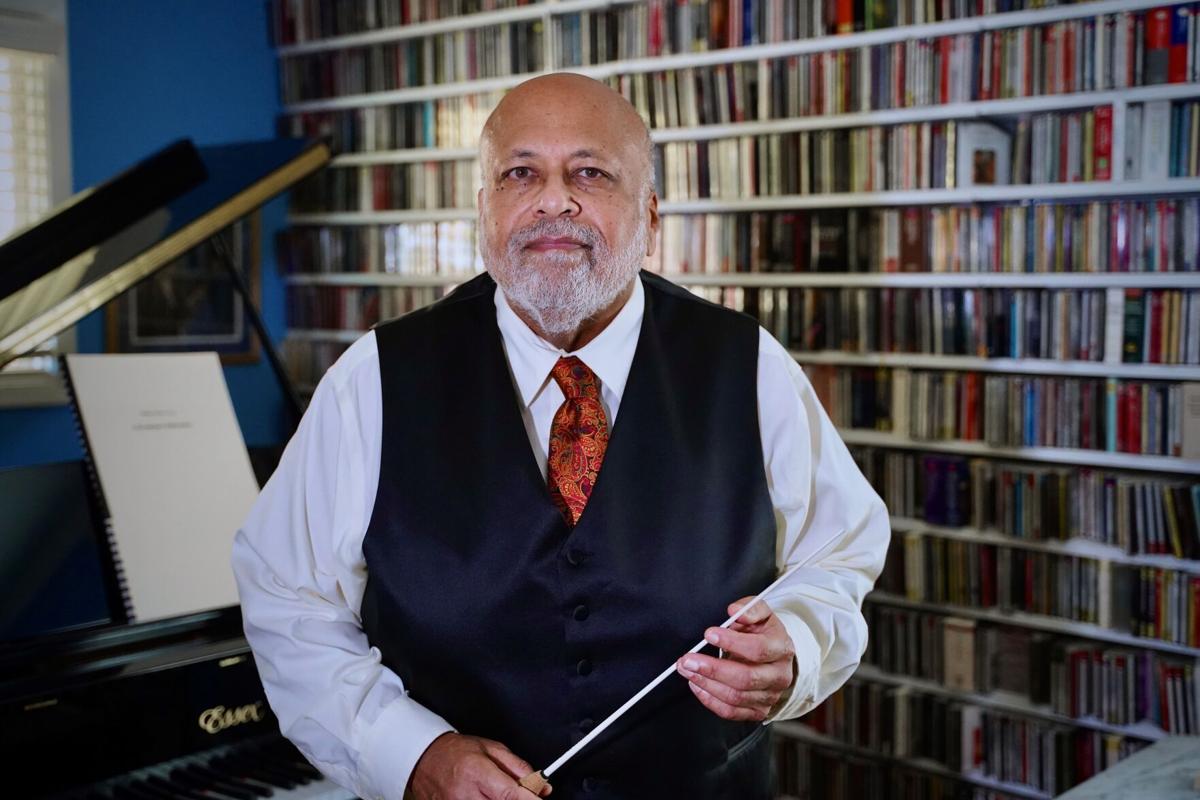 WINSTON-SALEM, N.C. (November 11, 2021) – The Winston-Salem Symphony is delighted to kick off the holiday season with A Carolina Christmas with the Camel City Jazz Orchestra. This popular holiday concert will beback in person this year and will be conducted by Guest Conductor William Henry Curry and Karen Ní Bhroin, Assistant Conductor of the Winston-Salem Symphony. The concerts will take place on Thanksgiving weekend—Sat., Nov. 27 and Sun., Nov.28, 2021.

Building on the enormous success of the Big Band sounds of last year’s A Carolina Christmas Unwrapped streamed from The Ramkat, the Camel City Jazz Orchestra and guest soloist, baritone Timothy McDevitt, join the Symphony to spread holiday cheer. This year’s show will add the lush harmonies and colors of strings to the mix of festive Christmastime favorites.

A Carolina Christmas also includes a selection of popular and traditional holiday music including “You’re a Mean One Mr. Grinch,” “Santa Claus is Coming to Town,” “White Christmas,” “March of the Toys” from Babes in Toyland,“March” from The Nutcracker Suite, a Christmas sing-along, and much more.

“The Winston-Salem Symphony’s A Carolina Christmas is a perfect start to the holiday season,” Maestro Curry said. “I am excited to help conduct these festive concerts because they present the best of the holidays. I am so excited that the Camel City Jazz Orchestra will join us, bringing their wonderful big band jazz sound to make the holiday music even more fun. And yes, there will be a visit from Santa Claus!”

This is the ninth season for the Winston-Salem Symphony’sbelovedholiday tradition A Carolina Christmas. Concerts will take place on Saturday, November 27 at 7:30 p.m. and Sunday, November 28 at 3 p.m. at historic Reynolds Auditorium, located at 301 North Hawthorne Road in Winston-Salem. Tickets begin at $25 and are available by calling the Symphony Box Office at 336-464-0145 or online at wssymphony.org. Please note, all patrons attending Winston-Salem Symphony events must present proof of vaccination or a negative PCR test, and masks are required. For more information, visit wssymphony.org/covid19.

Maestro William Henry Curry was appointed Music Director and Conductor of the Durham Symphony on May 7, 2009. For 20 years Maestro Curry was the Resident Conductor and Summerfest Artistic Director of the North Carolina Symphony. He came to the North Carolina Symphony by way of New Orleans where he served as Resident Conductor of the New Orleans Symphony. A native of Pittsburgh, Curry started conducting and composing music at age 14. His first major appointment was at age 21 when he was named Assistant Conductor of the Richmond Chamber Orchestra. On the same day, he was called in to replace a conductor who suddenly became ill for a performance of Beethoven’s Ninth Symphony. Maestro Curry’s unexpected debut was hailed by the critics and audience alike. He went on to serve as Resident Conductor with the Baltimore Symphony for six years (1978–1983) and with the St. Paul Chamber Orchestra for two years (1983–1985). Maestro Curry has conducted over forty orchestras. He is also a composer, and his works have been played by many of America’s finest orchestras. On June 13, 1999, the Indianapolis Symphony premiered his work, “Eulogy for a Dream.” This work, based on the speeches and writings of Dr. Martin Luther King, Jr., was a tremendous success and received a standing ovation. This piece was broadcast nationally in January 2000 on the National Public Radio program “Performance Today.” Maestro Curry is also committed to new music and has conducted premieres by, among others, Schwantner, Bolcom, Foss and Hailstork. The range of artists Maestro Curry has worked with in his career run the gamut from Zubin Mehta and Aaron Copland to John Williams and Ella Fitzgerald. In addition, he has been a beacon for promising young musicians both as an instructor at the Peabody Conservatory and the Baltimore School for the Arts, and as a mentor. For more information visit durhamsymphony.org/maestro/.

American baritone, Timothy McDevitt, has established himself among the industry’s most versatile young performers of today. His unique ability to thrive in the worlds of both opera and musical theatre is clearly represented by his diverse schedule throughout the United States and abroad. Throughout the pandemic shutdown, he maintained an active schedule of recording and concert engagements, while developing two new works; “ERWARTUNG” {Expectation} for New York’s Ludlow House and “Dear Edvard” with the York Theatre Company. He was also seen on season two of the AppleTV series Dickinson and Bernstein’s “Mass” for PBS Great Performances. The 2019 season included his debut in Germany as Harry Easter in “Street Scene” at Oper Köln, Maximillian in “Candide” with the Philadelphia Orchestra alongside actor Bradley Cooper, “Call Me Madam” with NY City Center Encores, Bruce Ismay in “Titanic” in Greenville, Zelenka’s “Missa Omnium Sanctorum” with the American Classical Orchestra, and a return to Ravinia for the revival of Bernstein’s “Mass” with the Chicago Symphony. On the opera stage he has starred in “Les Mamelles de Tirésias” at both the Théâtre Royal de la Monnaie and the Festival d’Aix-en-Provence, “L'Isola Disabitata” at Alice Tully Hall, “Zaide” with the New World Symphony, “La Fanciulla del West” with the New York City Opera, and “Les Enfants Terribles” with the North Carolina Opera. His numerous theatre and concert credits include the Emmy Award-winning “Carousel” for Live from Lincoln Center and the New York Philharmonic, “Guys and Dolls” at Carnegie Hall, “West Side Story” with the NHK Symphony in Tokyo as well as the Philadelphia Orchestra, “South Pacific” at Ash Lawn, “The Secret Garden” at Baltimore Center Stage/Cincinnati Playhouse in the Park, “The Dreyfus Affair” at BAM, “Thou Swell” with the NY City Ballet, Bernstein’s “Mass” with the Philadelphia Orchestra, and several appearances with NY City Center Encores; “Brigadoon,” “Me & My Girl,” “The New Yorkers,” and “Lady be Good. “His discography includes “Mass” on the Deutsche Grammophon label, “Brigadoon” and “Lady be Good” with Ghostlight Records, and “Roberta” on New World Records. McDevitt is a native of Reading, Pennsylvania, and a proud graduate of Juilliard.

About the Camel City Jazz Orchestra

Camel City Jazz Orchestra is a nonprofit organization dedicated to celebrating and perpetuating the uniquely American art form of jazz.

Established in 1946, the Winston-Salem Symphony is celebrating its 75th anniversary and is proud to be one of the Southeast’s most highly regarded regional orchestras. Today, the Symphony inspires listeners of all ages throughout the North Carolina Piedmont Triad with a variety of concerts, education programs, and community engagement initiatives each year.

The Symphony’s 2021–22 performance season, aptly entitled Kaleidoscope, celebrates everything that a live orchestra can be and every color that it can create. The Classics Series includes a wide range of powerful music showcasing virtuoso guest artists, orchestral masterworks, recent compositions by living composers, and much more. The Music that Pops Series includes crowd-favorites Steep Canyon Rangers, the return of A Carolina Christmas, and a celebration of film music. As part of the 2021–22 season, the Winston-Salem Symphony is launching the Ignite Family Series, which is an interactive experience created for the whole family. Subscriptions and single tickets are on sale now and can be purchased online at wssymphony.org or by calling the Symphony Box Office at 336-464-0145.