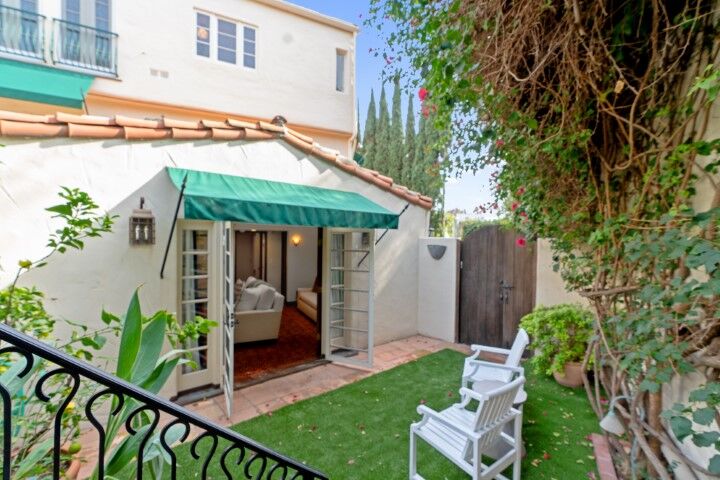 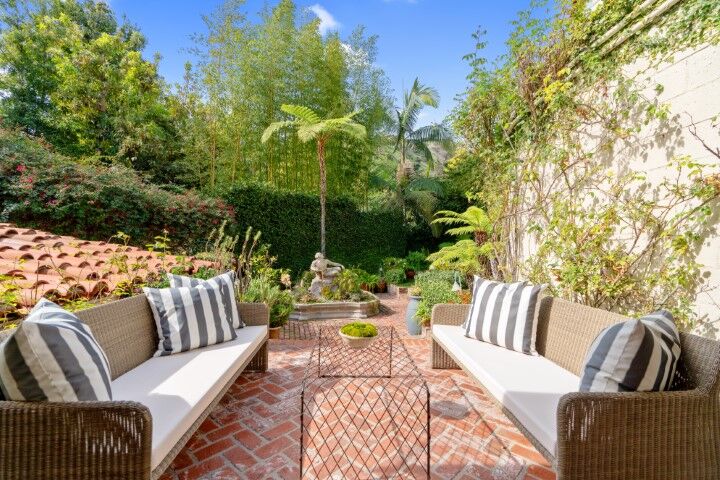 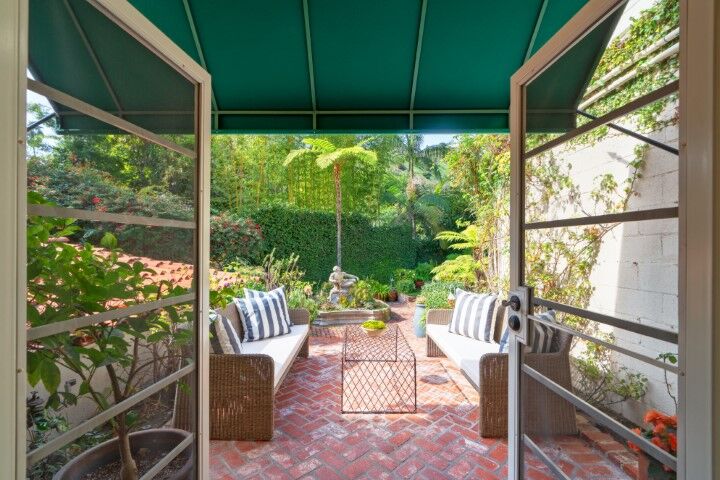 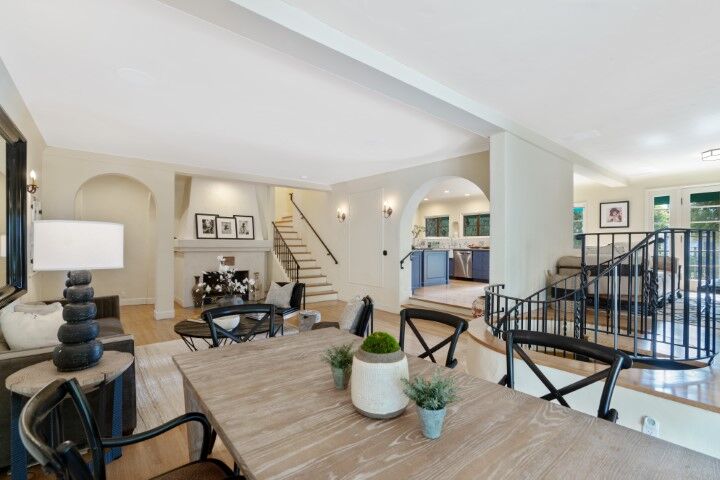 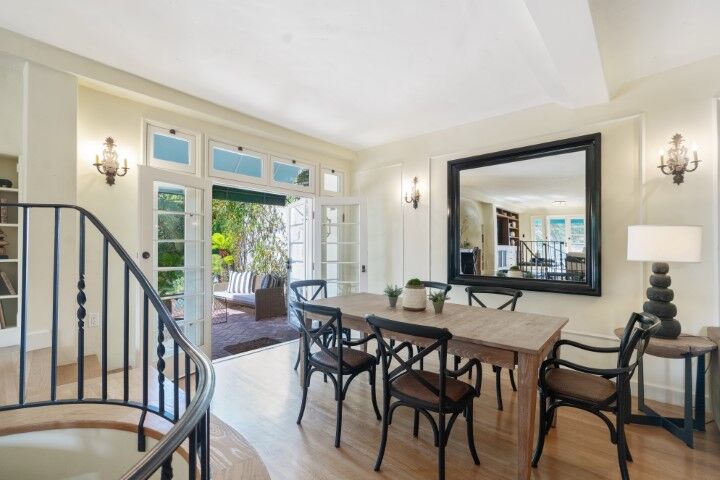 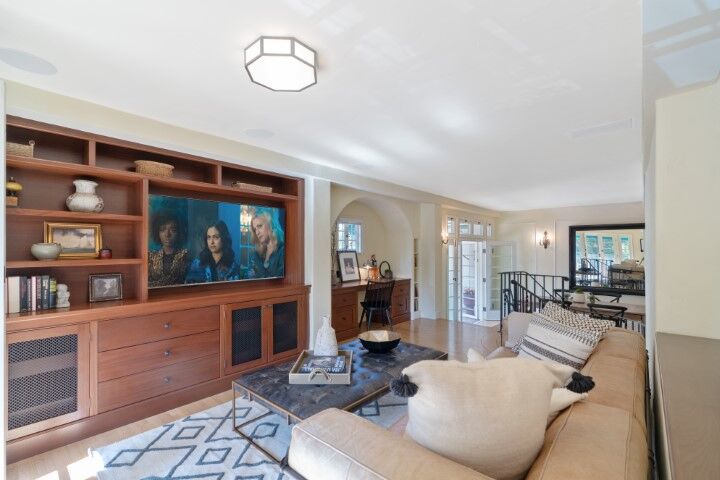 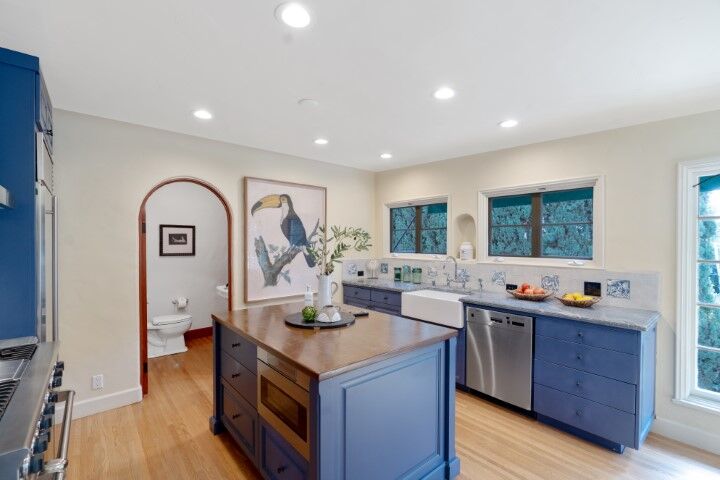 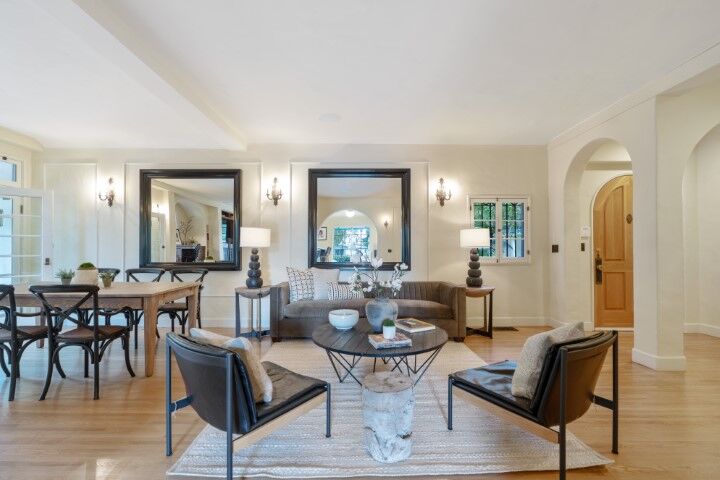 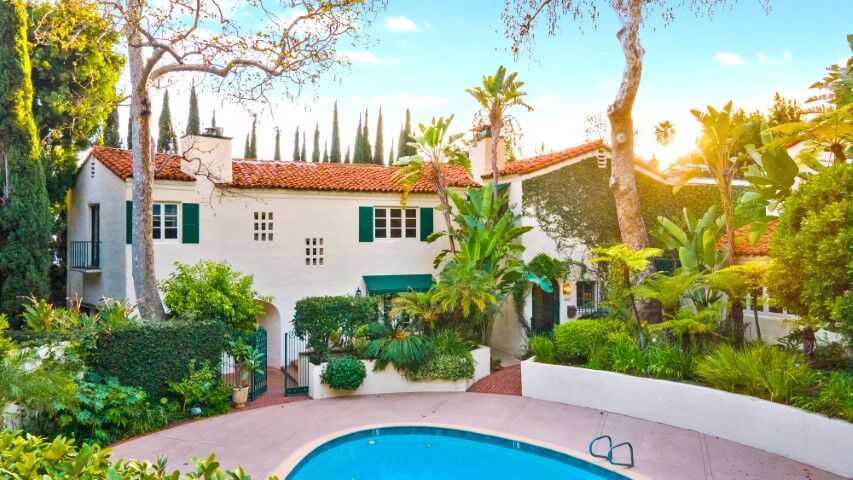 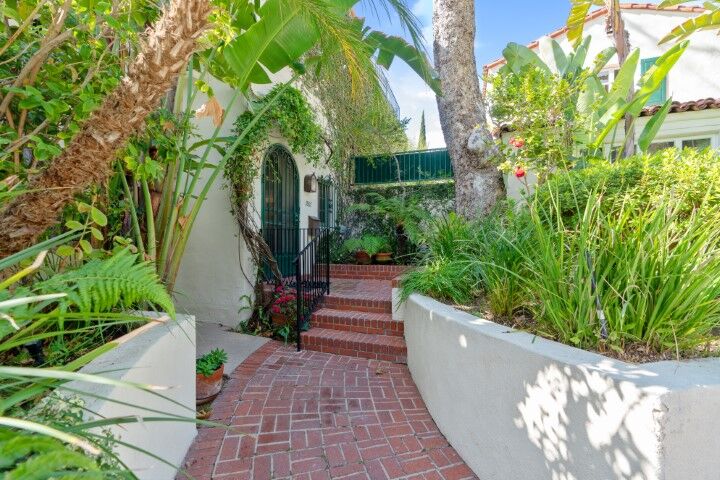 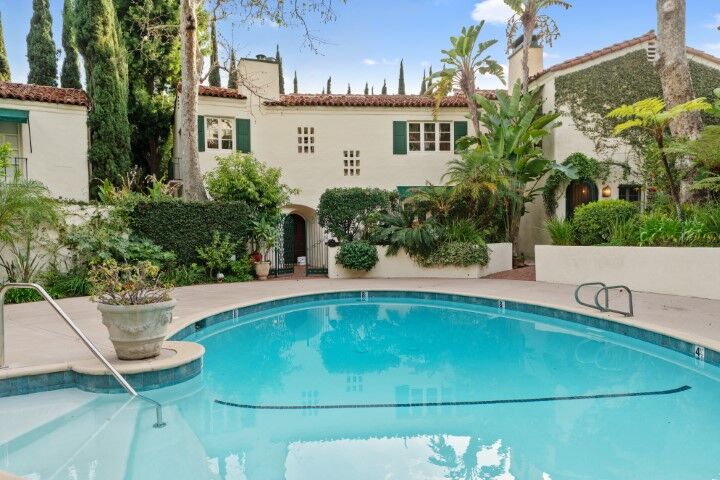 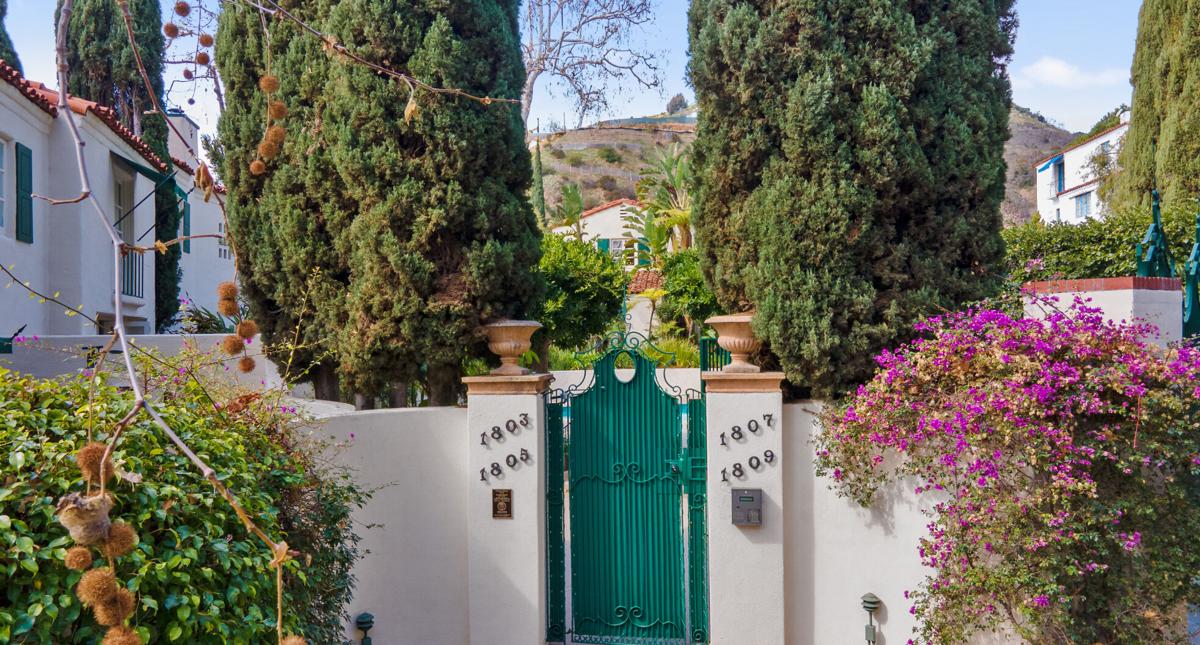 Once home to Margaret Hamilton, the actress who portrayed the Wicked Witch of the West in The Wizard of Oz, and listed as a Los Angeles Historic Cultural Monument, a Los Angeles villa is new on the market at $2.4 million.

Located near Hollywood’s Sunset Strip, Courtney Villa was built by architects George J. Adams and Frank H. Harding in 1926. Later, after MGM released The Wizard of Oz in 1939, Ms. Hamilton purchased the largest of the villas. Margaret’s 49-year film, radio and television career created a need for a Hollywood residence, although she also spent time on the East Coast. She died in 1985 at age 82 in New York.

The current owners of the townhouse are Roberto Aguirre-Sacasa, an American playwright and screenwriter, and Barclay Stiff who is Roberto’s production stage manager. The couple completely restored and updated the 3,035-square-foot townhouse in a contemporary style. Though it is part of a complex with a shared Old Hollywood pool (water not good for witches) and cabana, the home is very private with a walled-and-gated private entrance and garage, rear lushly planted terrace, and even its own roof deck. The home has three bedrooms, three-and-a-half baths, spacious living and dining rooms with wood floors and a fireplace, a sunny eat-in kitchen, an office and den. The complex has achieved historical status as Los Angeles Historic Cultural Monument #445.

In an ideal location, the townhouse is close to the Hollywood studios, restaurants, clubs and bars, in the heart of the L.A. action.

Jill Galloway of Compass, Beverly Hills, is the listing agent.