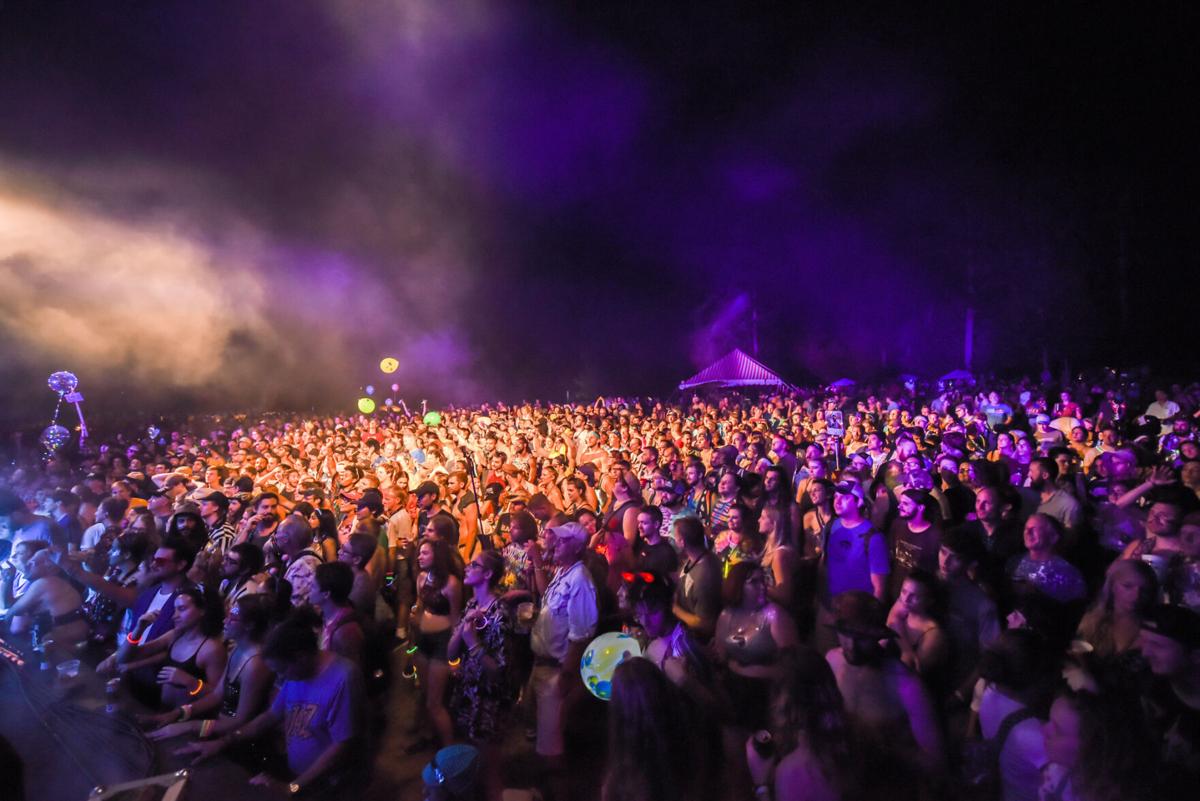 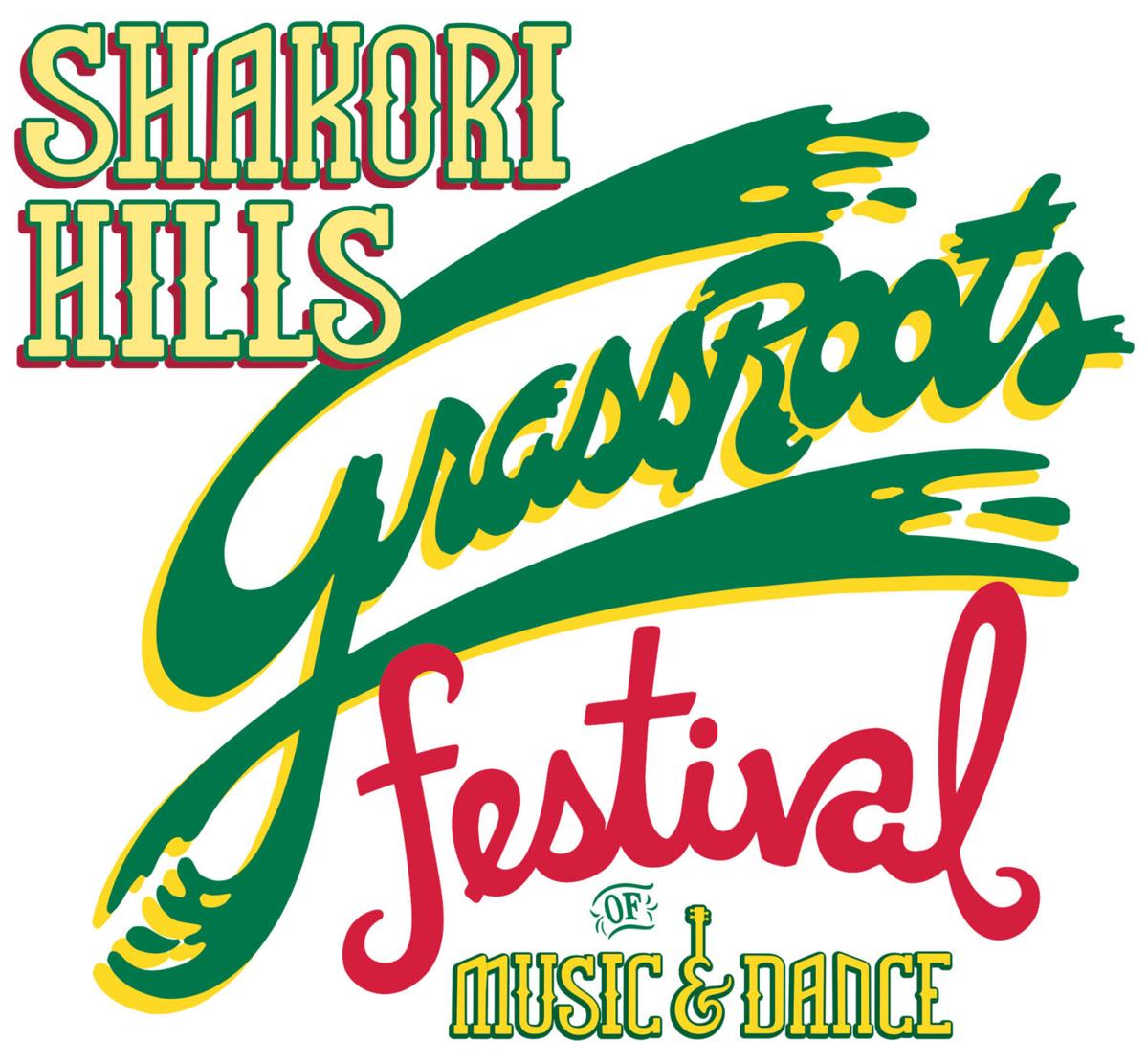 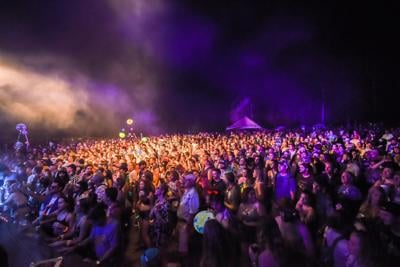 Triad folks headed to Shakori Hills will see some familiar faces out in them Pittsboro pines as the 17th annual Shakori Hills Festival of Music and Dance returns Oct. 7-10.

“After having to cancel the past three festivals, we are beyond the moon to be able to welcome back our festival friends,” organizers said of the bi-annual event that brings a weekend of music and dance to a sprawling 75-acres of farmland with a handful of stages, tents, and vendors galore.

Headlined by flagship artist, Donna the Buffalo, Shakori Hills is a sister festival to the Finger Lakes Grassroots festival the band started in 1990 to benefit a local AIDS organization in Ithaca, New York. Shakori Hills began in 2003; and serves as a fundraiser for arts and music programs in the Chatham County area, while promoting traditional and contemporary roots music and dance from the world over.

Donald Gaye, esteemed sound man and barista supreme (who serves both these days at Common Grounds), has been along for the Shakori ride for “about a dozen years now,” back in his days as a sound engineering student at the GTCC Entertainment Technology program.

Starting as a production volunteer, Shakori helped Gaye hone skills from mic placement to stage lighting, all the while “meeting friendly and fascinating people,” he said. Turning toward his work as a stage manager, he’s relished working the various Grassroots festivals up and down the east coast. And while he thanks Grassroots for the opportunity to travel, it’s the friendships he’s developed at Shakori that matter most. “Despite this being my hometown, I’ve met people I might not otherwise have,” he said. “I always look forward to new challenges and rewards with each Shakori, but the best part will always be the people and the music. That‘s where the fun and joy is found.”

Greensboro viola virtuoso and music instructor, Kasey Horton, agrees. “Shakori is my music home away from home, and has been since 2010,” she said. For the upcoming festival, she’ll perform with an array of artists through the weekend, including the “soul diva mind explosion” that is the Emily Musolino Band on Thursday and Friday at the Grove Stage; with Asheville psych siblings (and one-time Wahoo’s regulars) the Travers Brothership on Friday at the Meadow Stage; and with Appalachian funk-rockers, Dr. Bacon, at Carson’s Grove on Saturday night.

The Shakori opening ceremony will commence to the tune of Greensboro’s Africa Unplugged, with Djembe Master Atiba Rorie, Thursday on the Meadow Stage. The group will also close out the Cabaret Tent Saturday night, with Winston soulster Sonny Miles, in the slot right before.

Fresh from an appearance on the Martha Bassett Show, Miles’ Shakori feature will cap off a banging festival season for the rising R&B artist that’s included slots at the IdeasCityWS Festival, Hopscotch Music Festival, Summer in tha Carolinas, and Festival for the Eno.

The Greg Humphreys Electric Trio will groove out Carson’s Grove on Saturday night. It’s been a few years since Humphreys called the Triad home (in bands like Hobex and Dillon Fence;) and even more since the now-New Yorker made his music debut covering the Clash at an R.J. Reynolds high school talent show. But with a song in the new season of Netflix’s “Outer Banks,” he’s looking forward to “seeing missed friends,” sharing his latest “bedroom pop” record Spanish Steps, and playing live with his band for the first time since March 2020.

Meanwhile, Charlie Hunter and Sam Fribush have been hitting the pavement since their Triad return. They’ll play as the Sam Fribush Organ Trio with Charlie Hunter and Chuck Pickney on Thursday at the Meadow Stage. Fribush will spend the weekend in something of a Shakori sandwich: heading back to Greensboro to perform with Hiss Golden Messenger at SCRAPFEST in LeBauer Park (and with his own outfit for the afterparty at the Flat Iron) on Saturday, before his Sunday show on the Meadow stage with Chris Boerner and Matt McCaughan.

For folks not quite finished shaking their Shakori shoes, South Florida’s Roosevelt Collier will bring some pedal-steel back to the Triad for a show at the Flat Iron on Oct. 10.

And as things move into the spooky season, Shakori Hills and Cat’s Cradle are partnering to host a “Horror in the Hills Halloween Party,” featuring two days of haunts, horror movies, camping, and live music to celebrate Dante High’s latest album. With Greensboro’s hip-hop educator, Rowdy, as event emcee, flyers designed by Parts Unknown staple, Chris Ferguson; and a “bloody brunch” from Sengoko, the Triad has more than a few hands in the mix.

Get to shakin’ as the Shakori Hills Grassroots Festival of Music and Dance goes down Oct. 7-10. Horror in the Hills will reign on Oct. 30 and 31.