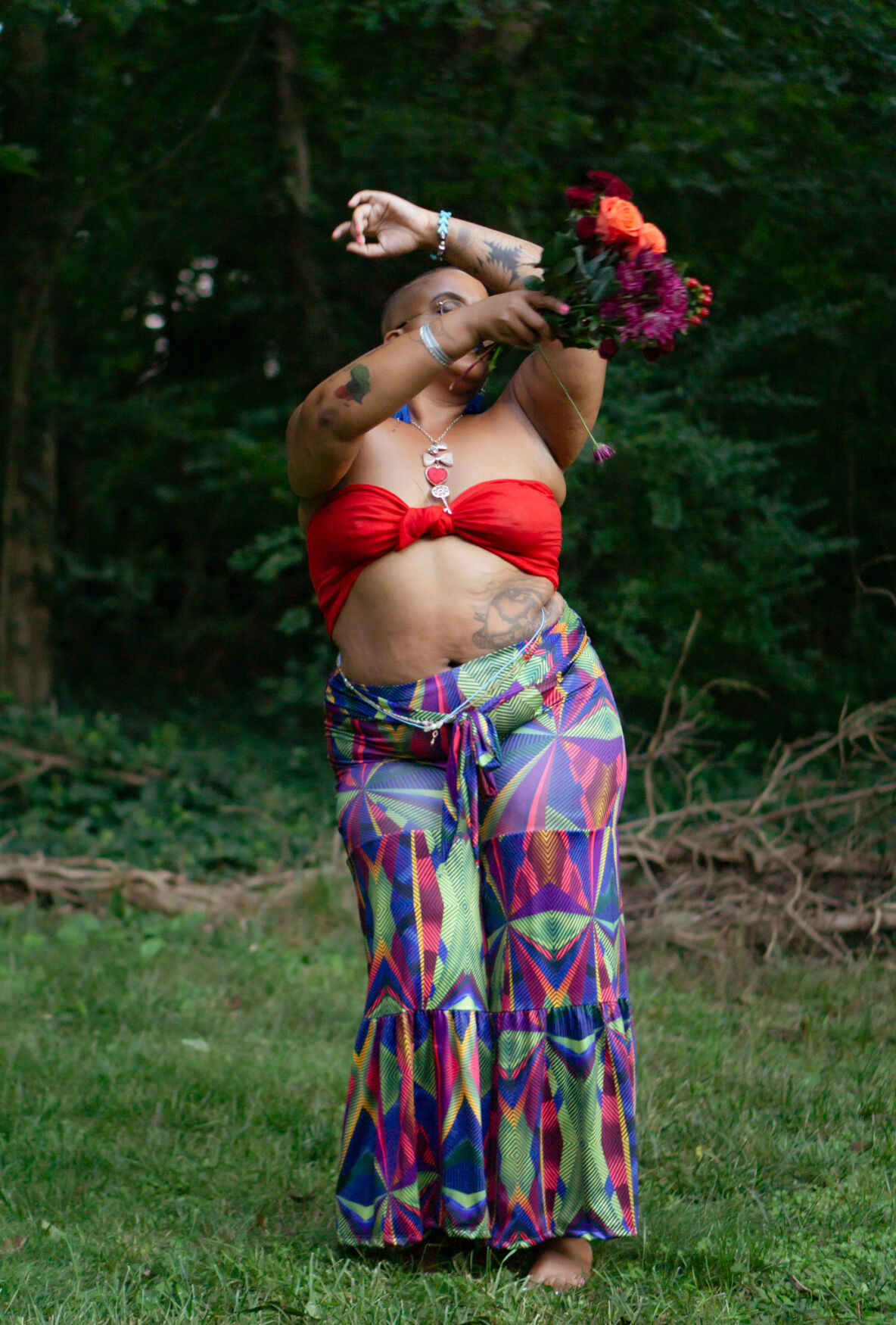 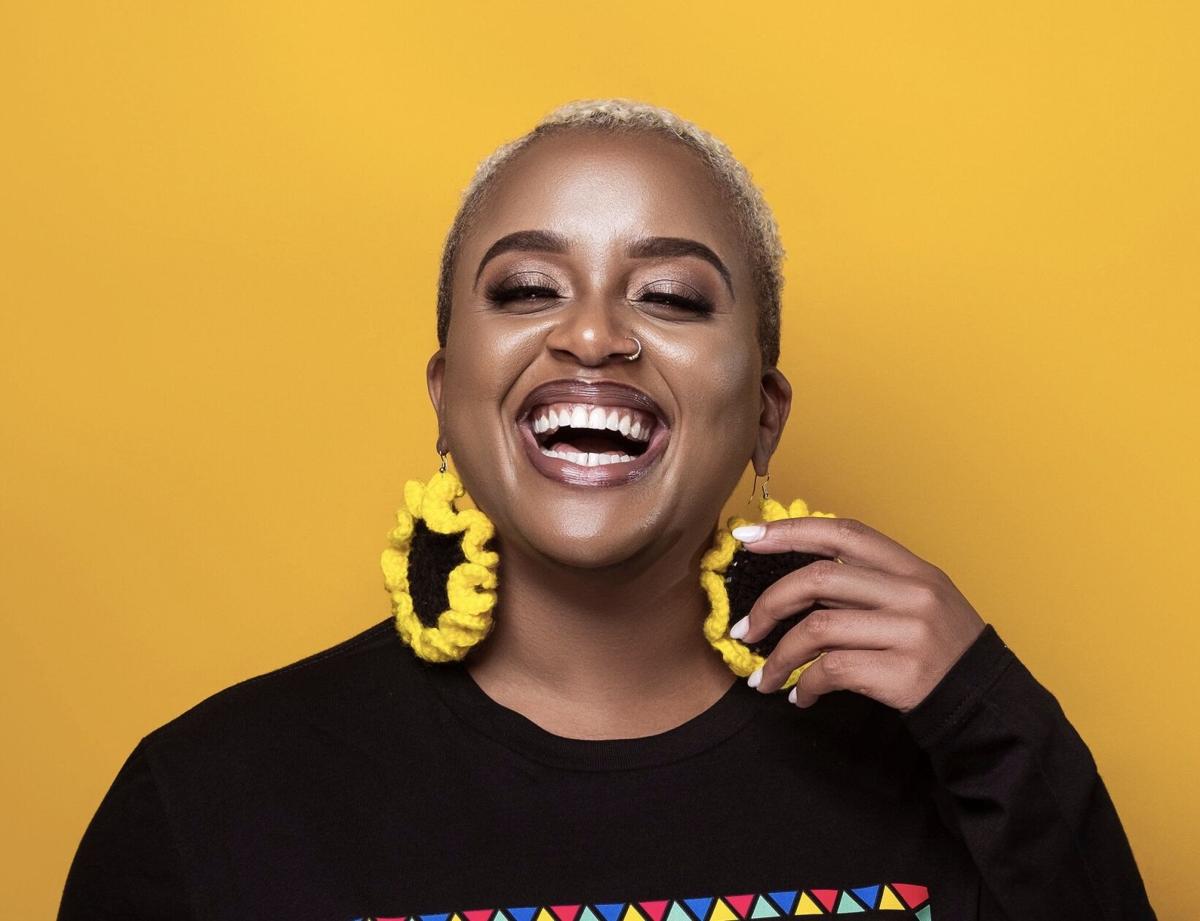 SunQueen Kelcey and the Soular Flares look to reignite the stage as part of the Carolina Theatre’s Ghostlight concert series with Sonny Miles on Oct. 24; and by hosting MASK ON!, an outdoor Halloween concert, on Oct. 31.

Kelcey Ledbetter, the vivacious 30-year-old behind the SunQueen moniker, is celebrating all sorts of returns these days— to both the stage, and the sun of new eras— as she reflects on milestones and ground yet to cover.

“I’m honestly so excited for my 30s,” Ledbetter said, “I’m more motivated to learn, reach my goals and create happiness.”

Expressing gratitude for “having made it this far,” Ledbetter discovered herself as a musician in her 20s: following trauma and a house fire in her teens, she relearned the guitar at 21 before ultimately arising as a solo artist and frontwoman for the Soular Flares.

“My music is a part of my growth as an individual, so it’ll always be a reflection of my evolution,” she said in her style: perky, confident, and grounded. “I dream of touring internationally. But that’s all I’m gonna say about that— I don’t wanna talk myself out of my goals.”

With global fires in the distance, self-love remains ever present in Ledbetter’s foreground— embodying an extension of her artistry, which she carries as a mission: “I’m Black, fat, queer and fine as hell; and I’m proud to say that shit.”

“I’ve followed my own path to self-love,” she continued, explaining her process, “the journey isn’t linear and steps I took to love-on myself may not be the same for others. But I enjoy connecting and giving back through my music, especially when it comes to the body-positive, fat-positive, and radical self-love communities.”

Turning toward motivation, Ledbetter praised the power of laughter and rest. “You can’t work endlessly and expect to still originate ideas,” she noted, “you’ll burn out.”

“A lot of artists felt they weren’t doing enough during the shutdown,” she continued, “but it’s just the opposite: we’re all working to survive. And whatever that looks like, that’s work to me.”

Survival rings in Ledbetter’s latest work: “Thick Thighs Save Lives,” a bopper single on which she broadens big-love. “I think about how people get so upset when they see big people in love with their bodies, but we all deserve to love the vessel we’ve been given.”

The song serves as a more inclusive expanse of her “Thick Girls Do It Better,” release. “I wanted to make a track for every plus-size baddie here and abroad,” she explained. “‘Thick Girls’ wasn’t intended to leave the other thick-baes out, but it could sound exclusive,” she added, acknowledging power in the gender spectrum.

Beyond music, Ledbetter dabbles with skincare and candlework in her home apothecary; and recently launched the “Thick Girl World” podcast, which wrapped its first season with a second seaon underway. “I wanted to provide a safe platform for plus-size baddies to talk about life, love, lust and all things in between,” she said of the show, noting the importance of shared stories and experiences beyond her own.

Ledbetter’s skincare line stems from experimenting for her own sensitive skin issues, while her candlework honors ancestors as she develops her skill. “I’m a baby candlemaker so until I learn the ropes, it’s just all about investing intention and care.”

Though she feels her musical intentions are best translated on stage, Ledbetter recently appeared on tracks from Bengy Cinco and G tha King; and is proud to have hosted a MUSEP livestream concert over the summer, and videos for the LGBTQ Centers of Raleigh and Durham Pride celebrations.

“I love having a live audience that I can engage in real time, so it’s hard performing for a screen,” she admitted of digital performances, “I miss being able to hug people and hear about their day. I just keep imagining what it’ll feel like when I can do that again and that keeps me motivated.”

Hugs may not be on the table at the Carolina Theatre, but it’s a start.

Beyond the Ghostlight show, SunQueen Kelcey and the Soular Flares are hosting a Halloween masked-party concert, though Ledbetter still hasn’t decided on a costume.

”I need to think of something quick,” she laughed. ”We’ve been waiting to create an outdoor show and share the stage with our closest friends. It’s a costume party with some of our favorite Black artists like T Walker, Chasyn Sparx, Kiiba, Bengy Cinco, Katie Blvd, and others,” she explained of the event and intentionally Black lineup. “I want a safe space for my friends to show up and be embraced with love and care.”

SunQueen Kelcey and the Soular Flares return to the stage with Sonny Miles as part of the Ghostlight concert series at the Carolina Theatre on Oct. 24; followed by MASK ON!, an outdoor Halloween concert on Oct 31.

Check out the links to the event pages for Ghostlight Show and MASK ON!