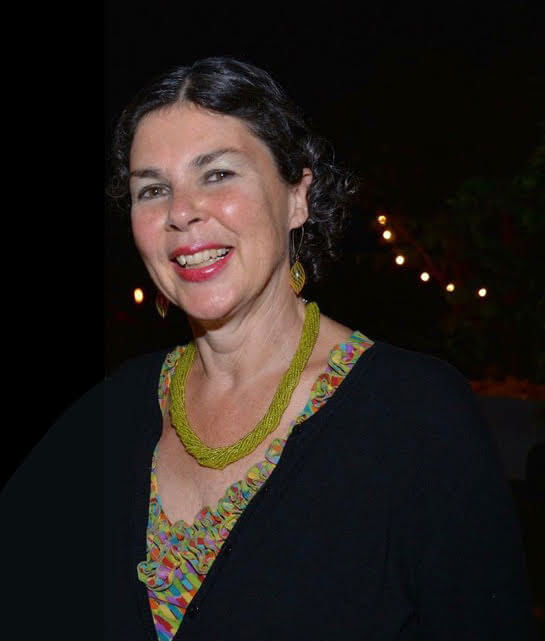 Folk singer Pete Seeger was born a century ago last May. A concert will be held at the New Garden Friends Meeting  Sat., Mar. 7, to celebrate Seeger’s music and his life-long efforts on behalf of peace, justice, and the earth.

The concert will feature folk performer and song leader Annie Patterson, the co-creator of the best-selling songbook Rise Up Singing, and Mary Witt of the swing/Motown band The O-Tones, in a spirited evening of uplifting group singing and performance.

Seeger was one of the great song leaders of all time, igniting the hearts of those who sang with him. During a portion of the concert, the audience will have the chance to join their voices together using of a new songbook If I Had a Hammer, which contains 50 of the best songs that Seeger led audiences in at his own concerts. Patterson & Witt will also be performing several songs off their recently released CD “Fearless: Celebrating Women Singers”.

The concert is a benefit for the earthcare ministries of New Garden Friends Meeting.

Seeger passionately believed that singing together not only built community but could help heal our planet. Toward the end of his life he liked to say that if there’s still a world a hundred years from now it would be in large part because of people singing with each other.

Pete Seeger was the master of group singing. Audiences all over the world came to watch him perform and sing along with him, often in languages they had never even heard before. He used his singing as a way of reaching into the hearts of the people in his audiences and getting them to look at themselves, at people different from them, and at the world in fresh ways. Many lives were changed just by listening to Pete Seeger’s music or singing along with him in settings large and small.

Around 1940 Seeger dropped out of Harvard as a freshman to hit the road as an itinerant musician and activist. Woody Guthrie (seven years his senior) took him under his wing. They hitchhiked and rode the rails, singing with union members on the picket line, migrants, and hobos across the West. Seeger went on to mentor or inspire countless other musicians including Joan Baez, Judy Collins, Bob Dylan, Peter Paul & Mary, Dar Williams, Bruce Springsteen, Billy Bragg and many others.

Springsteen released an album of Seeger’s songs in 2006 and then took the album on the road on his “Seeger Sessions” Tour. A star-studded group of musicians took part in his 2009 90th birthday concert at Carnegie Hall including Emmylou Harris, Dave Matthews, John Mellencamp, Springsteen, Baez, and many others.

Seeger went briefly to the top of the hit parade for 13 weeks as a member of the Weavers in 1950. Their single “Goodnight Irene” sold an astonishing (for the day) two million copies. After a brief moment of commercial success, the Weavers were blacklisted for their left-wing connections. Seeger was called to testify about those connections by the House Un-American Activities Committee in 1955. He refused to discuss any of his friends or fellow musicians’ political beliefs or activities and was sentenced to a year in prison for contempt of Congress. For several years his family fully expected him to be imprisoned, but his conviction was eventually thrown out on appeal.

Pete Seeger spent his whole life using music to help create a better world. He sang on picket lines in the 40’s and 50’s. He was the first person to sing “We Shall Overcome” to Martin Luther King, Jr. at Highlander Center in 1957. In the summer of 1964 Seeger took part in the Mississippi Freedom Summer. At Dr. King’s invitation Seeger and his wife Toshi took part in the historic 1965 Selma to Montgomery March. He was a regular fixture at mass rallies against the Vietnam War in the 1960’s. CBS censored his performance of a satire about Lyndon Johnson on national TV in 1968. Pete and Toshi Seeger co-founded the Clearwater organization in 1966, sailing a sloop (often filled with school children) up and down the Hudson River to clean up the river. At a tribute concert in 2014, Harry Belafonte said “For all the world’s turmoil, Pete never blinked on the question as to whether or not our humanity had enough love in its power to triumph over our addiction to our inhumanity.”

Above all, perhaps, Pete Seeger was one of the great song leaders of all time. He was able to get concert halls and stadiums full of people singing with him. When he was blacklisted from radio and commercial venues in the United States, he traveled the world performing in places as far-flung as China, Japan, India, Spain, Australia, and the USSR.

For more information about the Seeger centennial generally: www.riseupandsing.org/seeger-100th

Performer information. Annie Patterson isthe co-creator (with Peter Blood) of the best-selling songbook Rise Up Singing, which Studs Terkel called a “play-work-fight-freedom hymnal.” She led singalong concerts across North America and abroad building “hope & change through song.”  She is well-loved for her stunning vocals, old-timey banjo playing and her harmonies with the band Girls From Mars. She is featured with Seeger in a new documentary film “We Began to Sing” on the power of shared song to create change. www.riseupandsing.org/annie

Mary Wittis a terrific vocalist and bass player. Her award-winning swing and soul band The O-Tones is based in Western Massachusetts. From singing in the Southern Baptist Church as a teen in NC to the halls of the Kennedy Center her voice rings out with joy and honey. www.theotones.com