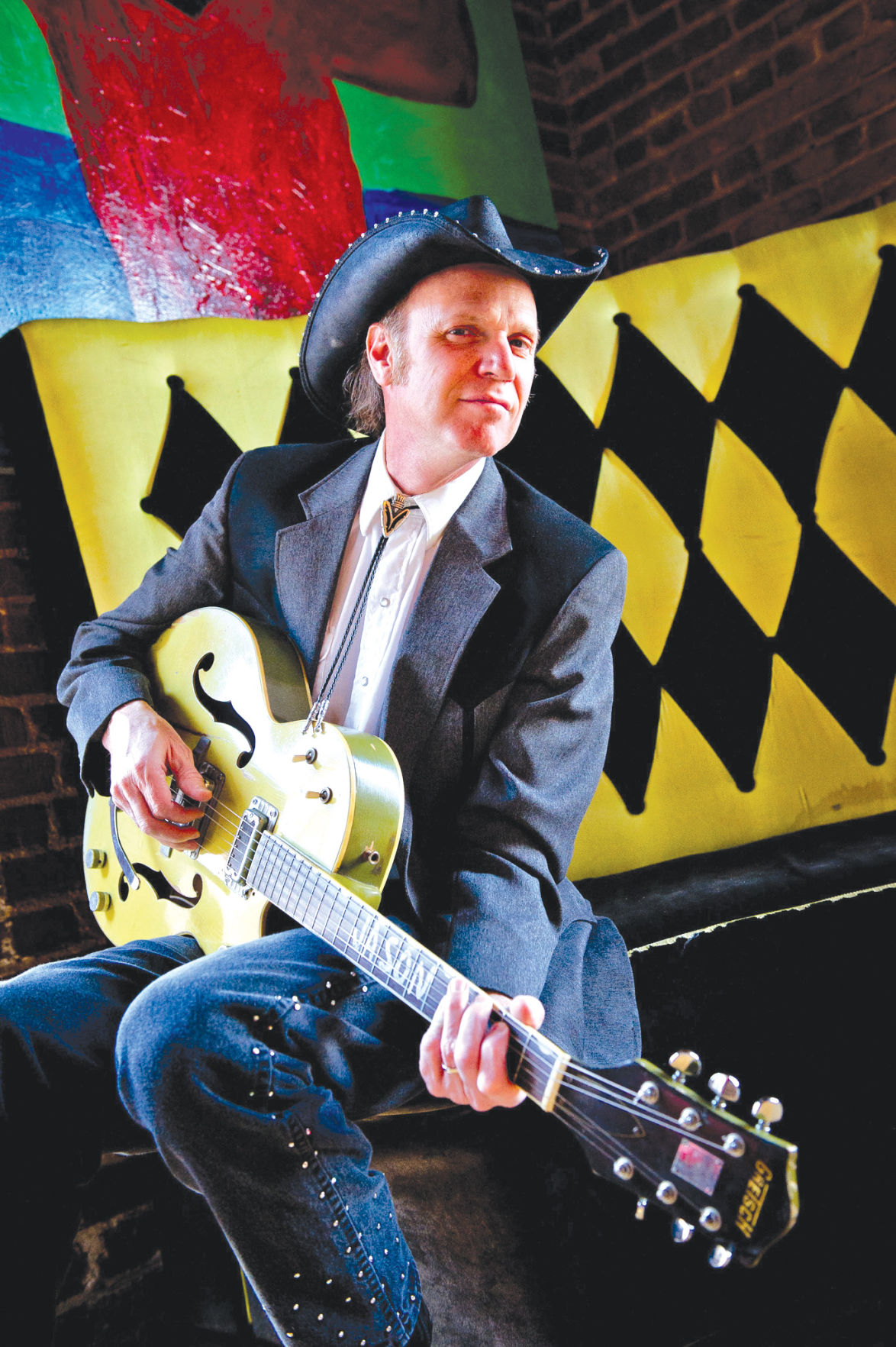 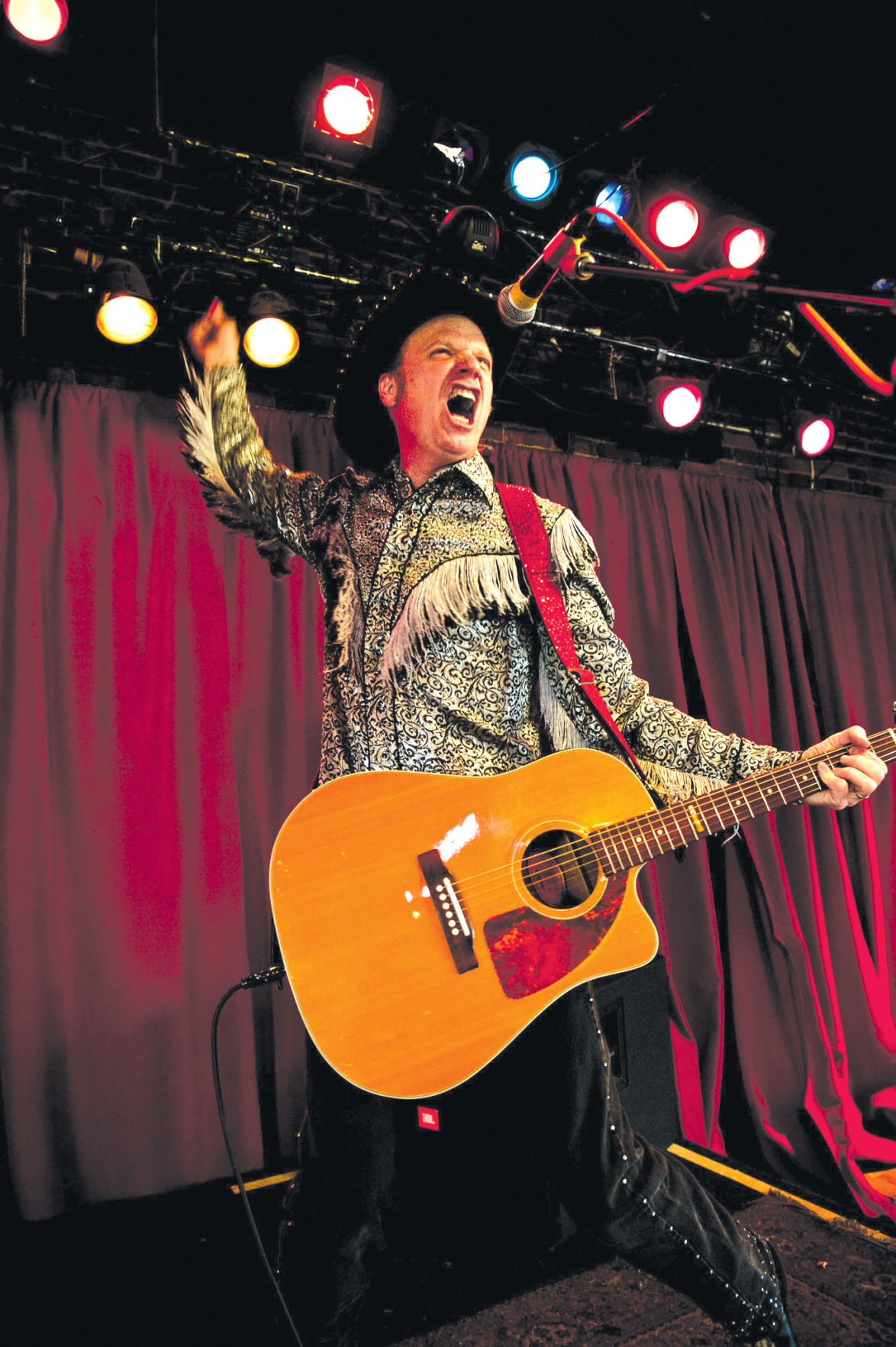 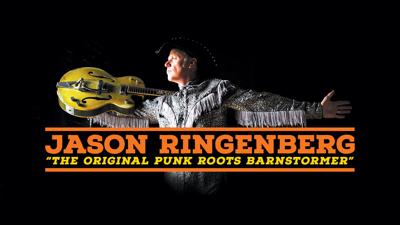 *Editor's note: After this week's issue went to press, the writer noticed that there was a typo in the spelling of the drummer's name. It has been corrected in the online version. There was also an ambiguous attribution to a quote that has also been fixed online.

On July 24, from 7-11:30 p.m., Rizzo’s in Clemmons will be one of three clubs bringing, “An Evening with Jason Ringenberg – The Original Roots Punk Barnstormer” to their outdoor stage this summer. Singer-songwriter, Ringenberg, of Jason & the Scorchers, was on tour in celebration of his fifth solo CD, Stand Tall, when the “rock ‘n’ roll cowpunk legend” had to cancel two European tours— one in May, and one in July due to the COVID-19 pandemic. He is known for a variety of genres that include country rock, alt-country, Americana, and cowpunk.

According to his website, “Ringenberg is known globally for marrying high-energy punk with traditional country music in his former fiery band, Jason & the Scorchers that reigned as one of best bands though out the ‘80s and ‘90s... In 2002, Ringenberg created a children’s music character called Farmer Jason and won numerous awards, including an Emmy for his PBS video program, It’s a Farmer Jason. He has been known to perform a kids show in the daytime, and a Jason Ringenberg concert at night in the same city...In 2008, Jason & the Scorchers were awarded the Americana Music Association Lifetime Achievement Award for Performance. In 2019, The Times dubbed him, ‘One of the most exciting performers of his generation.’” That same year, Ringenberg joined the Cosmic Honky Tonk Revue with lauded songwriters/artists Chuck Mead and Jim Lauderdale.

Illinois-born Ringenberg said he is foraging “new territory” during this pandemic.

“These last three shows in North Carolina, South Carolina, and Georgia may be it for a while, as I’m not so sure about the Texas shows in August,” he said. “I’m a rarity right now in playing these three clubs that I really wanted to keep, but I’m not faulting anyone who doesn’t want to come out, but for those that do, I’m going to do a good show, and I urge everyone to be as safe as possible.”

The joint will be jumping outside with some serious socially distant precautions, and only 60 tickets will be sold at $20 each, said host Dale Cole, who was contacted by Lee Huber of Atomic Music Group to book this event.

Cole’s band, The Revelators, would open with some old-school rock ‘n’ roll, and return to the stage at the end of Ringenberg’s set to join him in two Jason & the Scorchers’ songs: “White Lies” and “Broken Whiskey Glass.”

Before booking this show in April, Cole said he had done a lot to be sure it was possible, including getting Winston-Salem Mayor Allen Joines’s approval.

“I am positive this show will go on,” said Cole on June 26. “Gov. Cooper’s extended order for North Carolina bars expires on July 17.”

Cole said, according to the fire marshal, Rizzo’s has a capacity of 750, and they plan to keep it under 10% capacity to maintain social distancing in a 4,500 square-foot outdoor space with tables and chairs—which are available on a first-come, first-serve basis. Additionally, people can bring lawn chairs.

“Ticket sales are only through Eventbrite, and after 60 tickets have been sold, the link will shut down,” Cole said. “We will have all required precautions mandated, and in place for this show, including hand-sanitizing stations, and whatever else the State of North Carolina and Forsyth County require at the time of the show.”

Ringenberg said he was looking forward to returning to North Carolina, where his song, “I’m Walking Home,” originated.

“It’s always good to talk to a fellow survivor of the ‘80s,” Ringenberg said. “I so rarely get to meet people from Friday’s (formerly on Tate Street in Greensboro). I fondly remember playing Friday’s Club. It was such a small group of people and a wonderful place. I have great memories of that place. They had a lot of great bands like REM, Violent Femmes, and the club had such an element of gentility. It was so funny, even when Black Flag played; there wasn’t any violence in the mosh pits like in the Los Angeles punk rock clubs. It was always amazing at the good vibes there.”

Ringenberg remembers playing at Ziggy’s (now The Ramkat) and said he really loved playing at The Garage in Winston-Salem. All of these Triad clubs have since closed. He also mused about how sacred music was to him while growing up.

“Old-school people I grew up with listened to music differently than how my college daughters and their friends do,” Ringenberg said. “To us, music was a religion, and we had this bond—we talked about music a lot. It was a very communal experience, and new music was very hard to find. It took work, and you couldn’t just text messages like you can now. We cared about the sequencing of a record. In our generation, when we got a new CD, we would sit and listen to it while reading all of the notes. We wanted to know who wrote the songs, who played guitar, who played bass, drums, all of it— and even who produced it, and how it was marketed. To us, reading the album or CD covers were a part of the total experience of the ‘whole record package’ that was so very important to us.”

Ringenberg said he plans to play some throwback Jason & the Scorchers’ tunes at the concert, as well as some of his new songs.

“You can expect a lot of storytelling because I love to talk about the old days and the history in the songs.”

Ringenberg said he did a reunion album with the Scorchers, with one original band member/guitar player, Warner E. Hodges, along with a new drummer and bass player in 2011, and the band just completed a tour of the United Kingdom last year.

Ringenberg said Hodges and former band member/bass player, Jeff Johnson, still perform independently of each other, but that original drummer, Perry Baggs, passed away in 2012.

Ringenberg usually plays “Harvest Moon” off of their 1993 Fervor LP (the first of 13 albums). Fervor was given a 4-star review in Rolling Stone, and was a recipient of the New York Times’ “EP of the Year award.” However, he said his main focus on this tour would be on his newest songs from Stand Tall, which was written in 2017 and released in 2019.

When he was invited to be artist-in-residence in a month-long program for the National Park Service at Sequoia National Park, he said he thought he was just going to do a few park concerts and talks and was thoroughly surprised at what happened.

“I hadn’t been writing songs in a long time, but just being in that environment was spectacular, and a floodgate of activity opened up when I was out there,” Ringenberg said. “It is a whole different world. I stayed in a real cabin (not the modern-day Jacuzzi cabins) with no power or Internet at 9,000 feet.

I could walk up into the beautiful Sierra Nevada Mountains, or drive down into the Sequoia Groves. I had a smorgasbord of choices to explore and experience there. I felt so inspired, songs just started pouring out, and I started writing again. I knew I had to make a record out of these songs, and my album Stand Tall is what came from this.”

Some of the songs on his new LP include “Stand Tall,” “God Bless the Ramones,” “John Muir Stood Here,”  “Many Happy Hangovers to You,” “Looking Back Blues,” and “I’m Walking Home.”

Ringenberg said he was in North Carolina driving to a show when he began having ideas for the song “I’m Walking Home.”

He said he sang it at every show since he finished writing it in the Sequoias. This powerful upbeat, yet haunting ballad combines military drumming and “cowpunk” music that tells the tale of Will Tucker of Tennessee who was taken off his family farm at age 16 in 1862, with the lyrics:

“Drafted into Confederate service for the army of Tennessee... to fight for a cause I just couldn’t see... I hated slavery and all who stood for it...This musket is heavy, but I’m walking home.”

“Listening to music while staying at home has created a mental and spiritual outlet, and a lot of musicians have sent out personal messages,” Ringenberg said.

“Music will certainly change; I would imagine next year’s records will be much darker.”

He has made a personal Triad contribution of his song, “I’m Walking Home” to Dale Cole & The Virtual Village’s Volume 2 Compilation CD (Beyond the Mask “Resurgence,” a Virtual Village Compilation #WINSTONSTRONG”) that contains covers of several local musicians’ original songs (as done on the first CD) to raise money for COVID-19 displaced service workers in Winston-Salem.

“‘I’m Walking Home’ kind of hits home for me," Cole said of Ringenberg's song. "My great, great grandfather, Ishom Dalton, fought with General Lee and was with him when he surrendered at Appomattox. They took his weapons and allowed him to walk home to the mountains of North Carolina. He was the area blacksmith, and his wife was the local midwife. My wife’s aunt’s relative, Thomas Nelson Page, signed the Declaration of Independence.”

This show is also a celebration of Ringenberg’s 39th Fourth of July anniversary, marking the day he set out for Nashville (his present home) to pursue his dream of “making a band that could kick American roots music into the modern age!”

Since then, he has made history in fulfilling this dream.