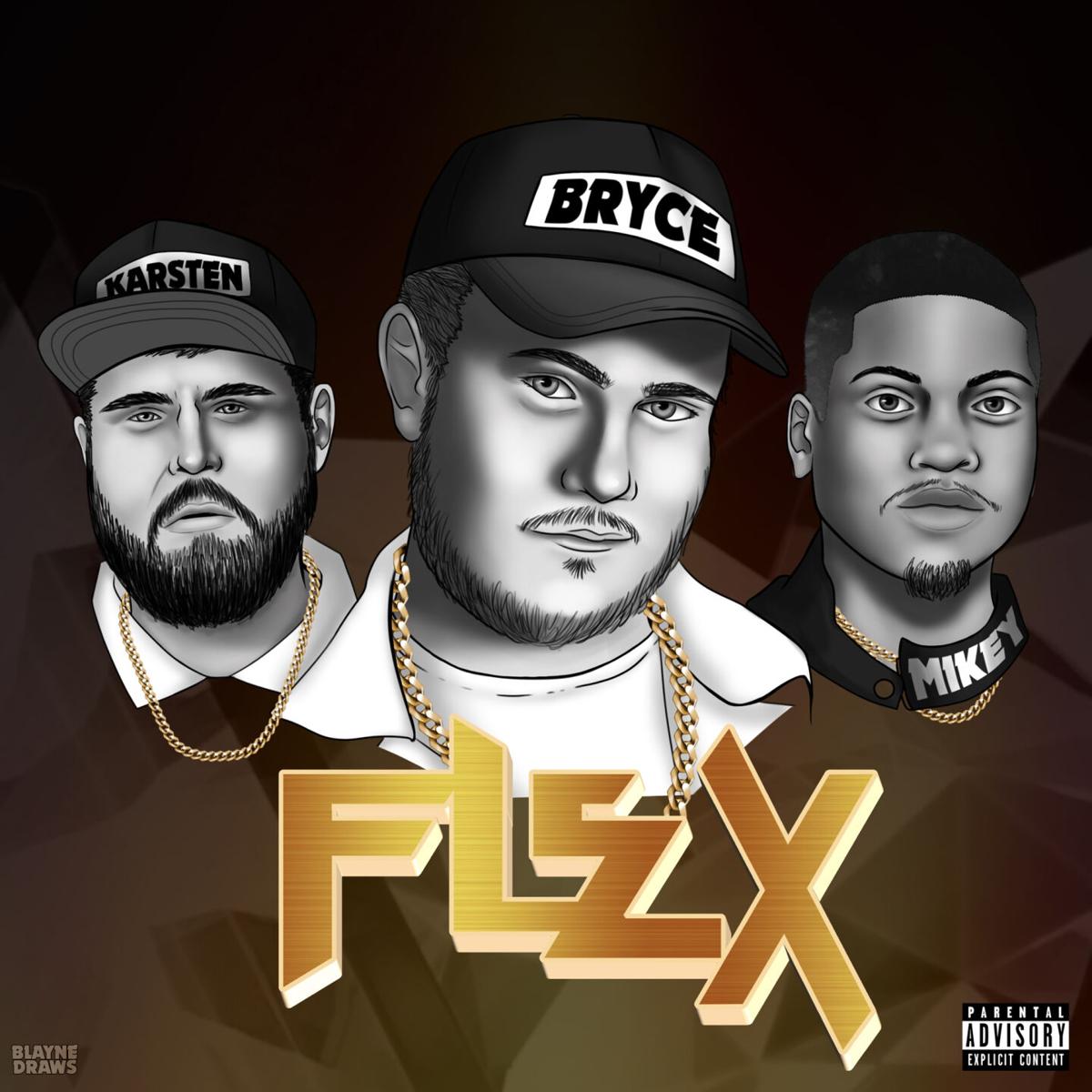 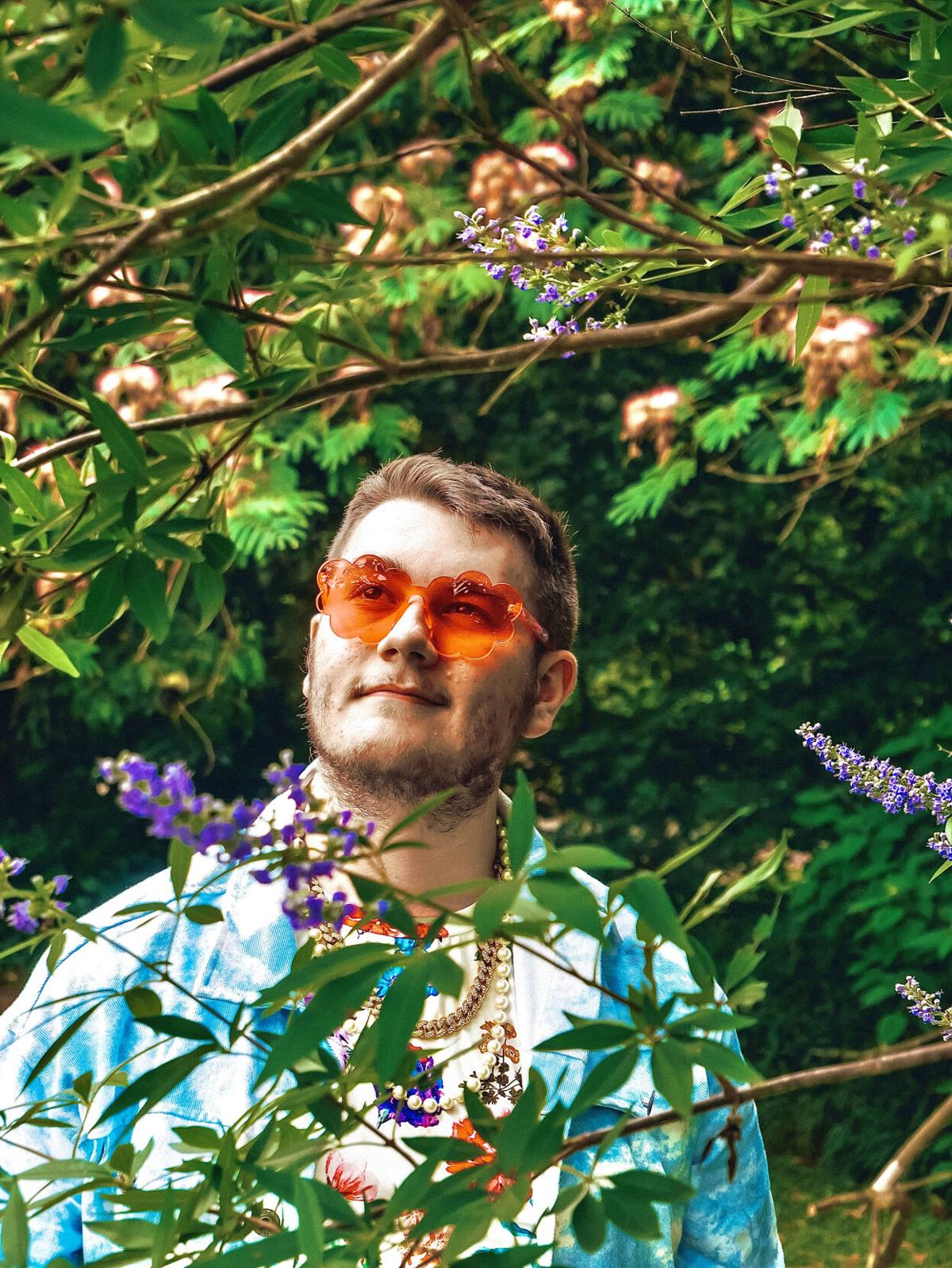 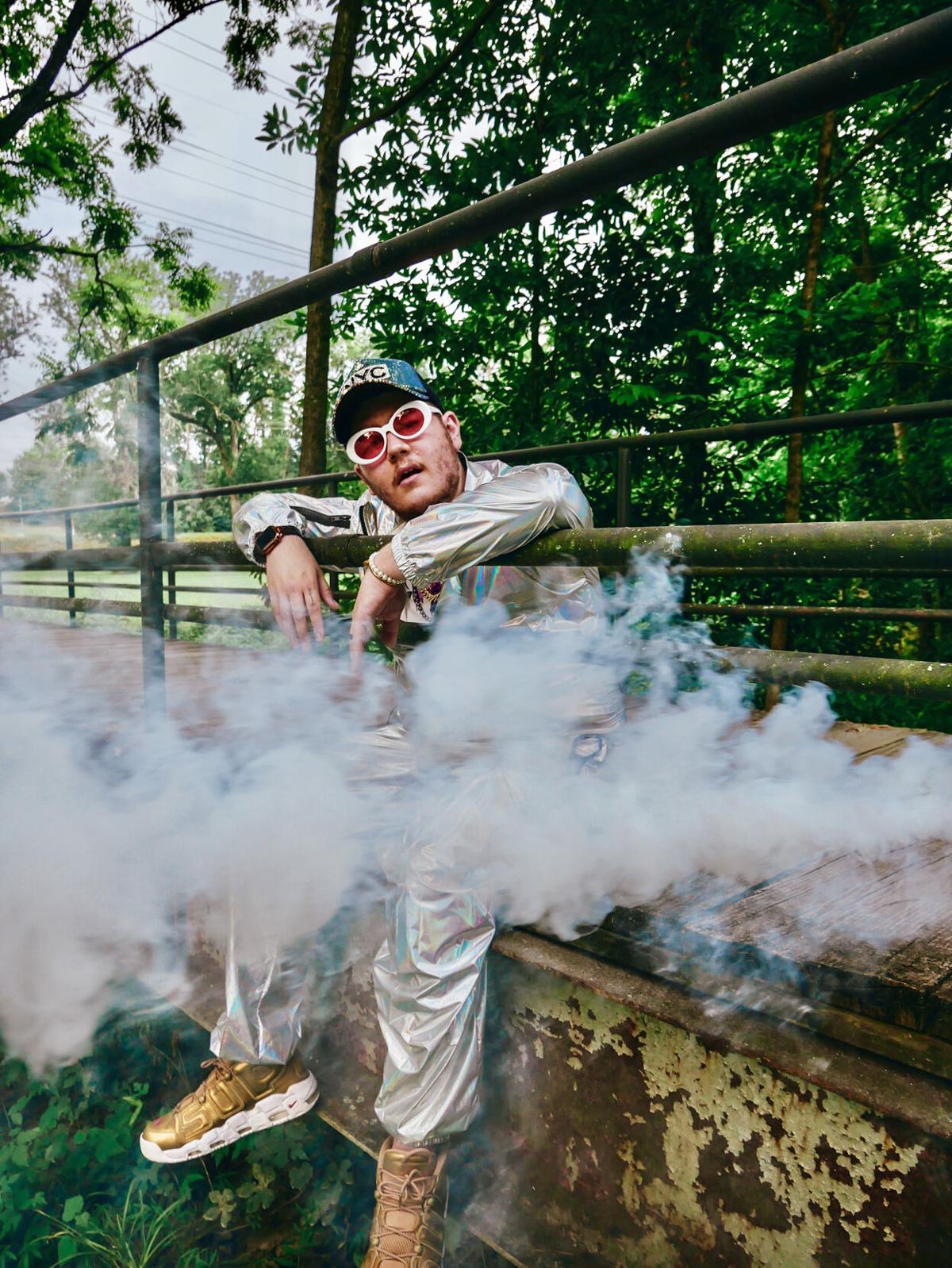 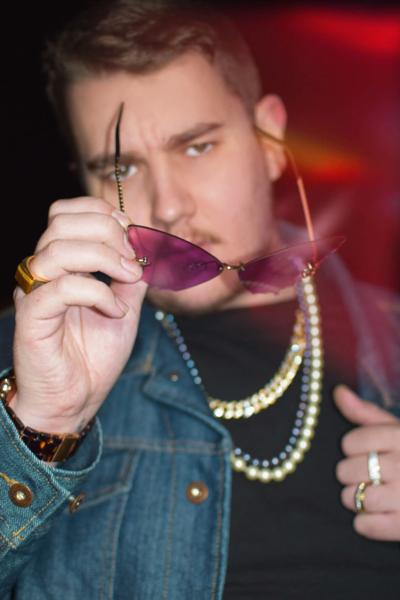 The final chapter in his “American Queer Trilogy,” a mixtape collection that plays like a compendium guide for coming into one’s queerness and artistry, “Third Times a Charm,” references Quartz’s three-fold experience of coming out.  “It’s ultimately about feeling yourself,” Quartz said.

Looking back, “‘Volume One’ is messy,” he explained, “it’s angry and sad, but it’s hopeful for the future. ‘Volume 2’ is like when you come out, and you can finally say what you want to say—and do what you wanna do. And ‘Volume 3’ is like that part of your adulthood where you start to figure out who you really are—start to love who you are—no matter what.”

As expressed in the first two singles: “Game Over” and “Flex!,” “Volume 3” is Quartz, “finally finding myself, and doing what I do best,” he said. “It’s about being confident, standing up, having fun, and living in the moment.”

Using music as both a journey and a mission, Quartz’s idea of living in the moment is woven into looking back along the way.  “My whole idea around “Flex!” was me showing my haters how successful I am without them,” he said. “It’s kind of a diss at anyone who’s crossed me because I hope they see me now and get angry at themselves for not being my friend. Regardless, I’m gonna keep being me no matter what, and I’ll stay happy doing it, so this song is a testament to those who keep my name in their mouth out of jealousy or hatred.”

And it was those hard times that cemented his impetus to rap.

“Music definitely saved my life,” Quartz explained. “In late 2017, I didn’t know who I was or what I wanted—and was listening to BROCKHAMPTON in the middle of a breakdown, when I heard Kevin Abstract rap about being gay, and it just kind of clicked.”

Afterward, Quartz started writing beats and experimenting with production. “It felt like I finally had a purpose,” he said, “it gave me a reason to wake up every day, and now it’s become so much more than me. I’m doing this for all the young Queer people who feel alone. I want to be living proof you can be gay and proud and a successful artist from Randleman.”

Thus, the “American Queer” trilogy was born. “Writing about my family in my first mixtape, and writing about Trump and Liberty University in my second mixtape, was a huge way for me to overcome the trauma associated with those experiences,” he explained. “Writing it out, rapping it, and then releasing it was like therapy. I’ve been able to archive parts of my life I didn’t like and turn them into something I do—and now I never have to look back.”

In the “F.U. (Falwell University)” single from “Volume Two,” Quartz flips the script on his former life as a Liberty University student. He returned to campus in 2019 to shoot the “F.U.” music video, including footage of him incinerating his student ID on Jerry Falwell Sr.’s eternal flame memorial—which resulted in a lifetime ban.  “I had so much fun,” he said of the shoot, “I even smoked cigarettes between takes on campus trying to test LUPD because they fine students like $500-1,000 if you get caught.”

Quartz has a knack for using theatrics to turn anger on its head, often surprising even himself. “If you told me back then, I wouldn’t believe you,” he said of how impossible his current life would seem to his younger self. “I was recently featured in a Top 15 list from Bear World Magazine, next to Big Dipper, one of the first gay rappers I ever knew about,” he noted, “it’s surreal.”

Looking back on the roads which led to a rap career, Quartz’s comments on his first release, in 2018, are humble: “I hate it, don’t listen to it,” he jested, drawing parallels between coming out to coming into one’s artistry. “‘Volume One: Reloaded’ is just a huge mess, but so was my childhood being stuck in the closet,” he said. “I had no idea what I was doing, I was self-taught everything, and all my equipment was bought from a tax refund.”

“I understood more about my direction,” Quartz explained, “I was heavily inspired by Rico Nasty and A$AP Ferg’s aggressive flows and angry voice projection.” As opposed to the personal nature of “Volume One,” Quartz used “Volume Two” as a platform and work of “modern Queercore.”

“I wanted to show I’m here to make statements,” he said, “I switched directions and stopped rapping about family problems, to saying what we all want to say as gay people, but don’t.” Through this period, Quartz’s “Lil Cub” persona came to light. “When I rap in a cocky, aggressive way, that’s Lil Cub coming out,” Quartz explained, “I see him as a part of me artistically. But he’s so much different than the calmer or more reflective Bryce Quartz. Lil Cub just wants to talk shit, party, and have fun. That’s not always what I rap about.”

Putting the cub on the shelf, Quartz considers “Volume Three,” his most rewarding effort to date. “I learned what works best for me and mastered it,” he said, noting heavy influences from early Jack Harlow, Jaden Smith, Lil Nas X, and Megan Thee Stallion. “Being proud of my work and having fun doing it is the best way to keep paving the way for others,” he explained of what he considers the boldness in his material. “My music isn’t all about me being Queer—it’s for anyone who appreciates hip-hop,” he said, “but being Queer is certainly a huge part of who I am, and that’s the focus of Volume Three.”

From closeted reflections to bold proclamations, Quartz’s trilogy plays as his full circle foundation. “I feel like I’m finishing the puzzle to my beginnings as an artist,” he said, “from here, I have better direction and clarity. I’ve laid out the groundwork, and I’m ready for what the future holds.”

And with that, Quartz holds good company. His latest single, “Flex!,” features Atlanta’s GodIsMikey and Norwegian rapper Big Daddy Karsten (whom Quartz considers a “rap dad.”) Kids of the Karate Dungeon will hear the familiar voice of Duke Stamina on an upcoming track.

Canadian artist KeyAno mixed and mastered “Volume Three,” as well as the “You Vote, Brita Kay,” track on which Quartz appeared with KayKay Lavelle and RuPaul’s Drag Race contender, Brita Filter. “It’s actually one of my first clean songs,” Quartz said, adding it’s a clear message of “positivity, fun, and getting people out to vote!”

Released as a voter-engagement single in October, the music video received more than 40,000 views in less than 24-hours. The track also features Quartz’s boyfriend, KayKay Lavelle. “She’s my beautiful bearded legend, and I’m blessed to have her in my life,” he said. “We’re a power couple in the Queer entertainment scene: he’s a bearded drag Queen professional on the rise to stardom, and I’m an openly gay musician that’s on the rise, too. I love what he does with his drag, and it’s part of the reason I love him.”

Part of that drag includes Lavelle’s work as an ambassador of the “Drag Out the Vote” initiative. It’s a topic also close to Quartz’s heart, and he’s proud to have registered folks to vote at every showcase hosted before the pandemic. During the election, the pair worked as poll-greeters for Brandon Gray.

For Quartz, activism and art intertwine. “Organizing is a part of the end goal, too,” he said, referencing the honor of being on the board for High Point Pride. “I want to serve my LGBT+ community,” he said. “It’s what I love to do; I just want to see my people happy.”

Concern for that community culminated in Quartz hosting a monthly performance showcase, currently paused by the pandemic. “It’s a safe space platform for Queer people to perform their original music in a supportive environment,” he explained. “I had begun expanding into Charlotte and Raleigh, and now, I’m just hoping the venues still stay open!”

Though Quartz is in talks with Twist Lounge to resurrect the showcase once the pandemic subsides, he remains cautious. “I don’t feel comfortable encouraging crowds of people right now,” he said, emphasizing plans to hit the road once live shows return. “I REALLY want to go to different cities all across the US, and talk to venue-owners, as well as local Queer artists, and try to help start their own monthly Queer music showcase.”

Regarding recording plans, “let’s just say that everything I’ve worked so hard on since late 2019 will start to be released,” he said. “I’ve got so many features, singles, and surprises planned! You never know what to expect next.”

Fans can expect videos and a merchandise release to go along with “Volume Three,” along with an animated remix of “Game Over,” and collaborations involving big names he can’t yet mention.

While closing out the trilogy opens new doors and a new chapter, Quartz isn’t in a rush to a full-length release. “I have some evolving to do as an artist that I hope to accomplish through singles and EPs,” he said. “I also have an entire album vaulted about my coming-out story that shows a more reflective and serious side—you won’t see Lil Cub on that project!”