This female run festival will be held at The Piedmont Dragway in Julian, NC. This large-scale ticketed event welcomes all ages. Located between Burlington and Greensboro, NC. The site offers camping reservations as well. Camping will be open to RVs, campers, cars, and tents and will be all primitive style camping with no hook-ups.

This mother-daughter run festival's intention is to revel in the simple act of being together again celebrating music, art and life. Nineteen year old festival co-founder, Olivia Williams said her intention with creating this festival was “Hoping to bring the community together again safely.”

Acts featured are a collection of local NC and regional artists, such as 49 Winchester, Whiskey Foxtrot, DownTown Abby & The Echoes, Crenshaw Pentecostal, Jive Mother Mary, and John Howie Jr. and The Rosewood Bluff. Our headliner will be Them Dirty Roses, a hard hitting country/rock band from Alabama.

There will be plenty of room at the Piedmont Dragway on the tarmac for the car & bike enthusiasts from the region to display all of their rides. Throughout the day awards will be given to best in show, farthest distance etc. 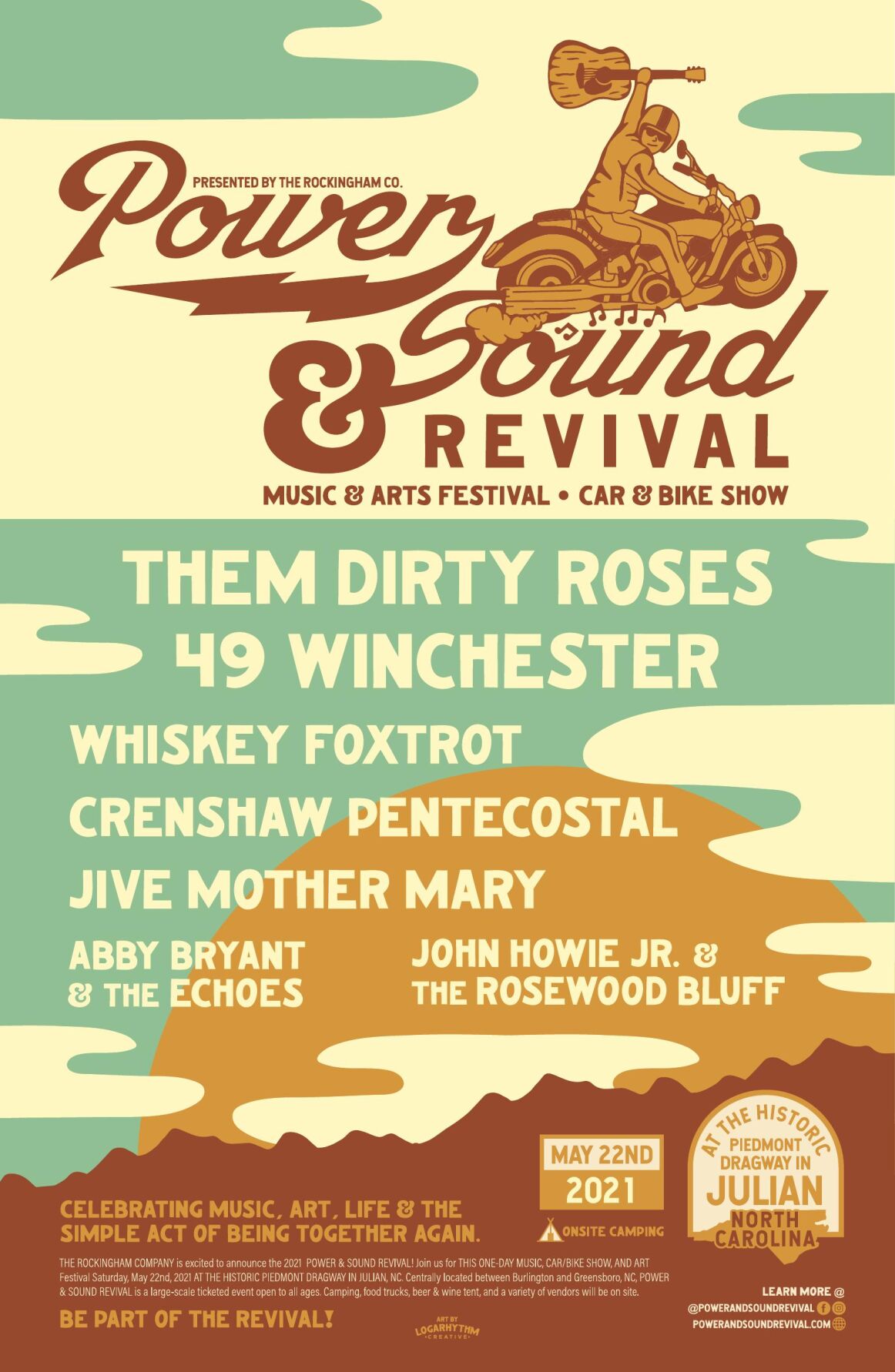 *Covid safety is a top priority. Guest are encouraged to social distance, and wear masks when moving about the festival*

Want to join in on the revival? For more information email therockinghamcompany@gmail.com or visit us at https://www.powerandsoundrevival.com/ and on our facebook and instagram.