WINSTON-SALEM, N.C. (February 18, 2021) – The Winston-Salem Dash announced their 2021 season today, marking a return of professional baseball to Truist Stadium following the cancellation of the 2020 season due to the COVID-19 pandemic. The full 120-game schedule is below. 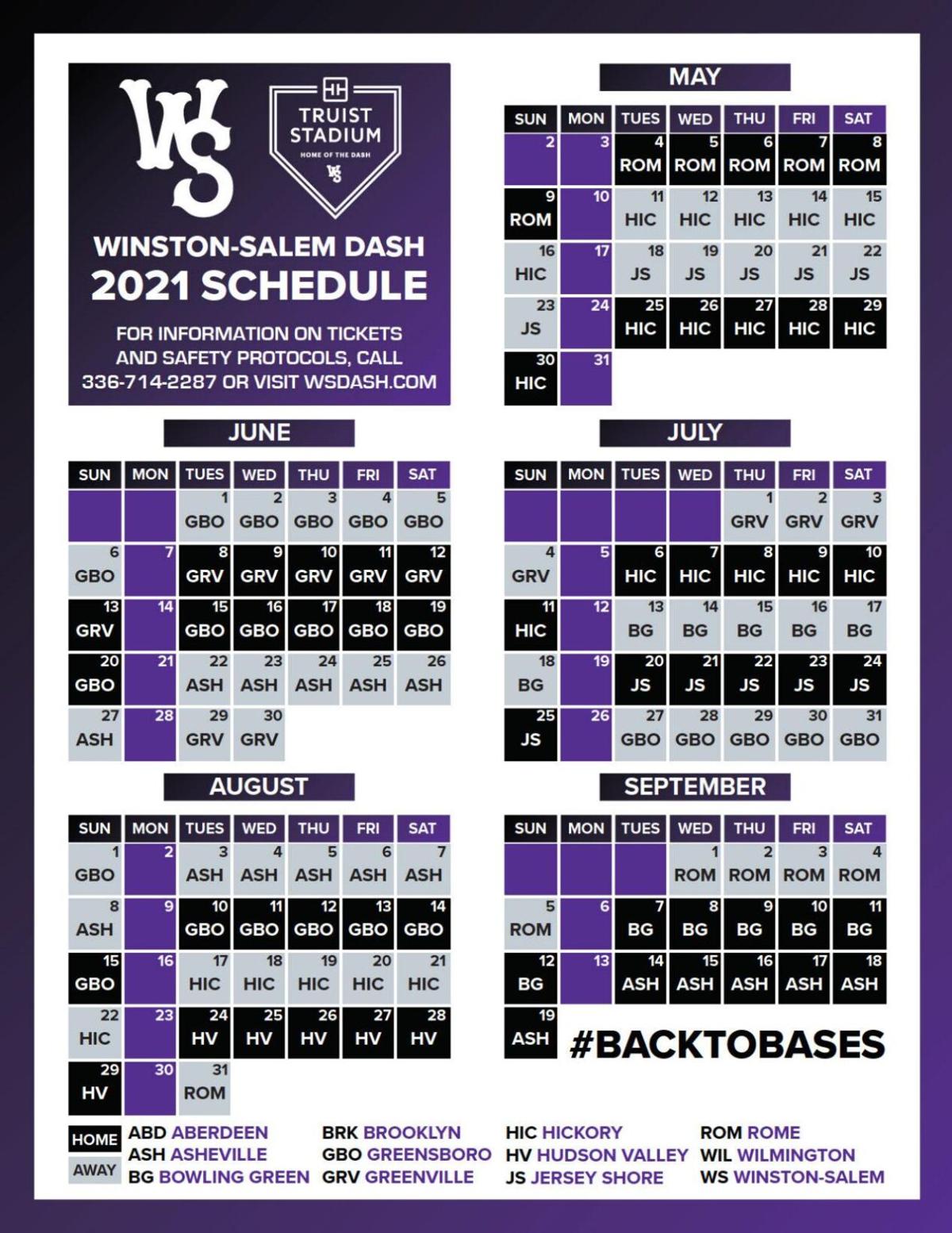 Game times will be announced at a later date. The Dash will be playing in the newly formed High-A East League. The league includes (MLB affiliation in parentheses):

Asheville, Greensboro and Hickory previously were members of the Low-A South Atlantic League and have not competed against Winston-Salem in several decades. Located just 30 miles apart, Winston-Salem and Greensboro have not met on the field since 1968.

The Dash will welcome the Rome Braves on Tuesday, May 4 to start the 2021 slate. All series this season will be six games, running from Tuesday-Sunday. Half the Dash home games will be weekend games. The season concludes at home on Sunday, September 19 versus the Asheville Tourists.

Winston-Salem led all 30 High-A teams in attendance in 2019 and have entertained 2,978,563 fans during ten seasons at Truist Stadium. The Dash will welcome their three millionth fan in 2021.