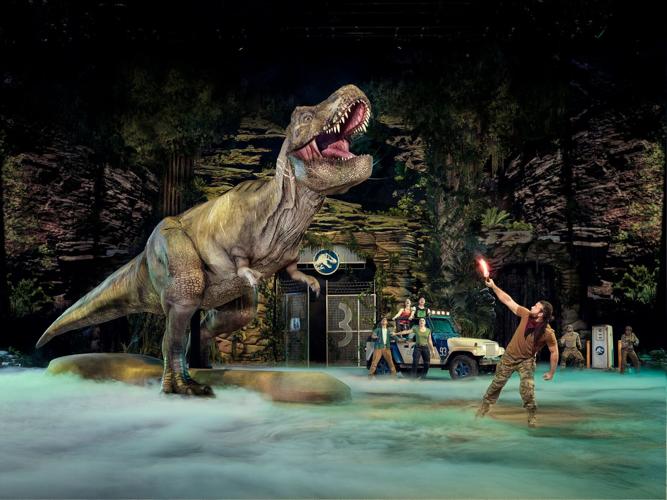 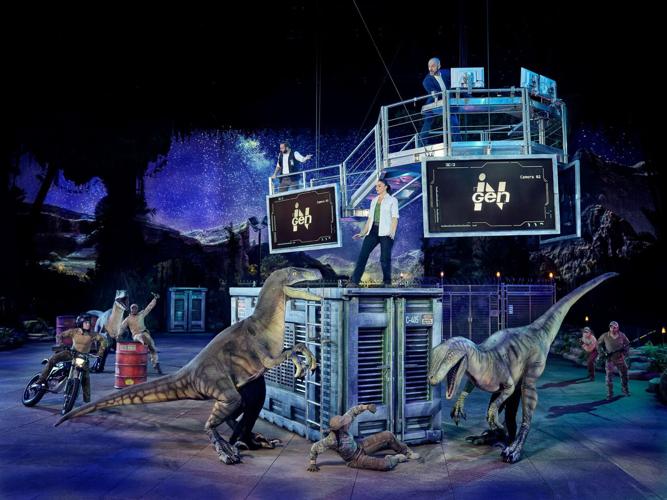 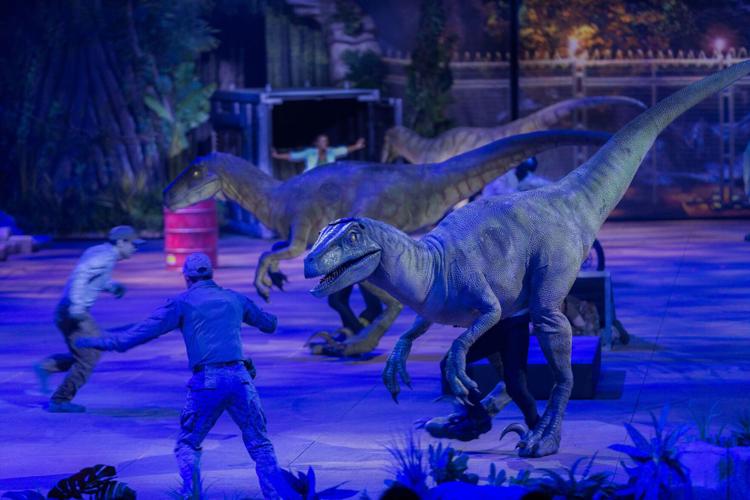 With unrivaled arena production quality, Jurassic World comes to life against a backdrop of captivating scenery where dinosaurs from the iconic franchise, including fan-favorite Velociraptor Blue and a Tyrannosaurus rex more than 40 feet in length, take center stage. The production features more than 24 film-accurate, life-sized dinosaurs, with scale, speed and ferocity, operated by animatronics and performers.

Jurassic World’s unmistakable score combined with projection and practical scenery transforms the arena into the dense jungles of Isla Nublar, where real Gyrospheres roll through the valley and scientists work to unravel a corrupt plan and save anew dinosaur from a terrible fate. With pulse-pounding stunts and an original, authentic storyline, this show is guaranteed to make memories that will last another 65 million years.

All seats are reserved; tickets available through www.ticketmaster.com or the venue Box Office. *Ticket prices are subject to change; additional venue/ticketing fees may apply.

About the JURASSIC WORLD Franchise

From Universal Pictures and Amblin Entertainment, Jurassic World immerses audiences of all ages in a new era of wonder and thrills where dinosaurs and humankind must learn to coexist. Jurassic World is more than a film franchise. At every turn, this $5 billion film series delivers a larger-than-life destination for exploration, discovery, and epic adventure. Dinosaurs live again and they live in Jurassic World. Jurassic World Dominion debuts in theaters June 2022.

Universal Live Entertainment partners with best-in-class entertainment companies to bring today’s most popular stories, characters and adventures to life in a city near you. From larger-than-life touring shows to immersive, walk-through exhibitions and family entertainment centers, Universal’s world-class entertainment brands are delivered across the globe for families, friends and people of all ages to enjoy. Productions include Jurassic World Live Tour, Jurassic World: The Exhibition, A Minions Perspective, DreamWorks Animation: The Exhibition, Trolls LIVE!, film to live orchestra concerts and more.