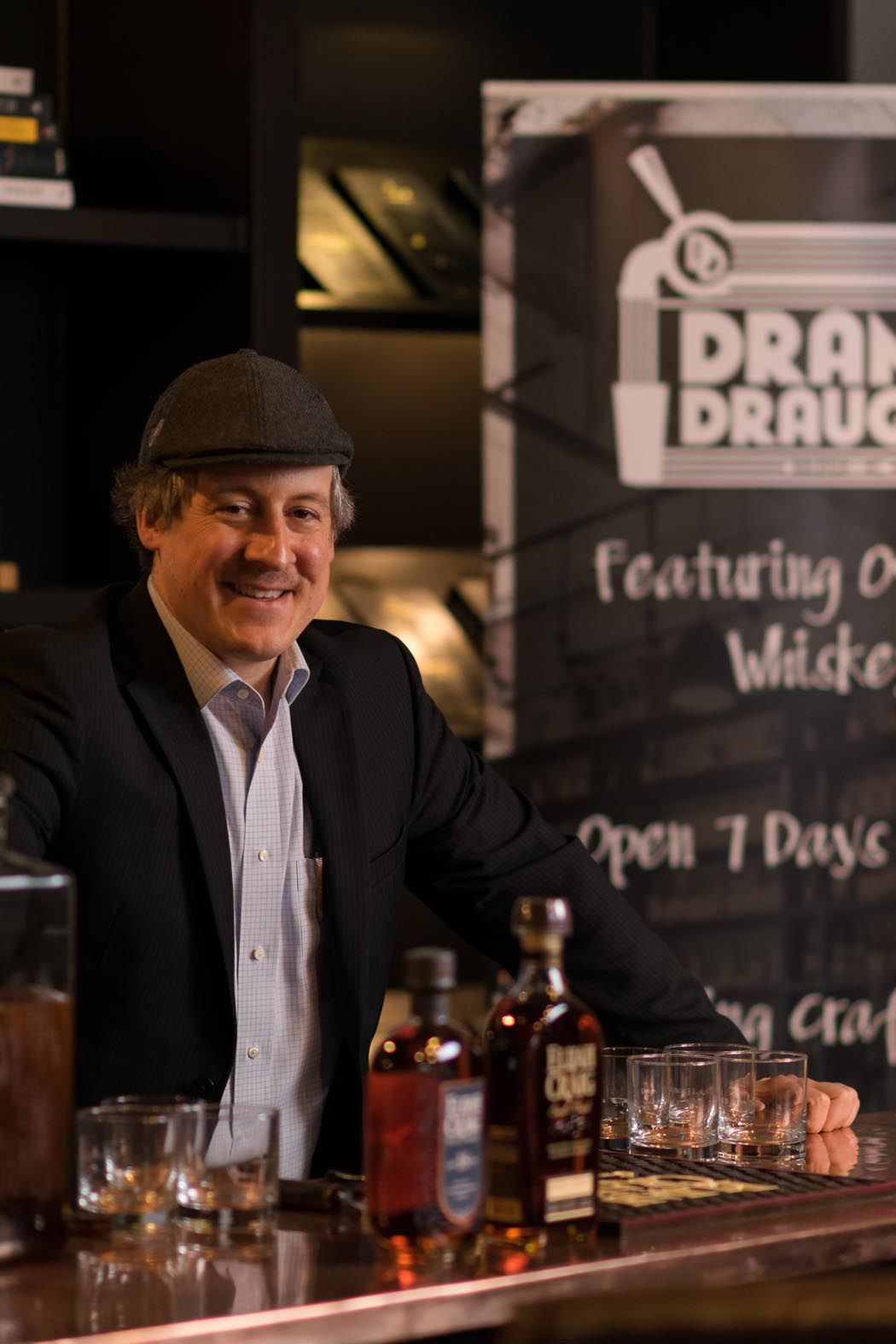 It’s all about craft. Smooth, well-aged bourbons and whiskeys, signature cocktails made with fresh ingredients and local craft beers all blend into a Raleigh-based bar called Dram & Draught. D & D is expanding its vision of a well-crafted neighborhood bar with construction on the second location in Greensboro, and hope to be open in the spring of 2018. Large patio space for outdoor drinking will combine with a designed remodel of an old gas station at West Gate City Boulevard and Eugene Street, similar to the atmosphere of the original location in Raleigh.

Proprietors and North Carolina natives, Drew Schenck and Kevin Barrett, both love whiskeys from around the world; Kentucky, Scotland and Japan, just to name a few. So, the whiskey-loving duo decided to create the bar out of love for the drink. The standard concept of a neighborhood bar would have a variety of these products, but D & D has concentrated more on the idea of antique whiskey products.

“[An] unique thing that we offer that only a few places in the country offer, is we have a selection of antique bourbons,” Barrett said. “We have Dillon Hill from the mid-1940s, we have Old Grand Dad from the 1960s, we get the hard to get whiskeys. And we have antique bourbons that nobody gets.“

One barrel, in particular, is Buffalo Trace, a single barrel select, and it serves as the pour point for a 1940s-era drink that has aged in special barrels. The flavor gently seeps from the wood into the drink and creates different flavors each time it’s tasted.

“Anything out of a barrel will continue to age,” Barrett said. “So, if I drink it today, and drink it a week from now, it will have changed ‘cause it’s sitting in the barrel, aging.”

The “Draught” in the name comes from the additional emphasis on craft beers.  Twelve taps are in both locations, with a variety of styles and flavors.

Local brews, Barrett said, are definitely on the menu because there are so many breweries in North Carolina. Barrett said D & D is category-specific, and want the best beer of whatever flavor profile or category.

“I’m a huge fan of Foothills,” Barrett said. “We have Foothills on 95 percent of the time, and see no reason to change that in Greensboro; we’ll take a look at more local beers around Greensboro and pay more attention to them also.”

The plan will be for the brews on tap to present the range of flavors for every person, such as IPA’s, pilsners, tripels and stouts.  The variety will always include a dark beer, but the selections will regularly be mixed so that both the regular visitor and beer connoisseur will have new potential taste possibilities.

As more producers are creating quality whiskey products, it can only enhance D & D’s selection of quality alcoholic drinks from around the world. The new Greensboro-based bar will be taking advantage of additional product lines with over 300 whiskeys from around the world,  with drinks for the newbie drinker, as well as the more experienced.

“You know, we have over 300 whiskeys from around the world, but we don’t have the super low-end stuff, there’s no reason for that,” Schenck said. “There has to be a certain level of quality.  If there’s more of those [super ones] out there, that’s great.”

A third idea in the craft concept is that of fresh ingredients.  When asked about the various expressions of whiskeys that have been created in the past several years, Schenck said their selection would not include “flavored whiskeys like Jack Daniels Cherry or Honey.”

Ordinary cocktails are part of a standard bar, but D & D’s cocktails are composed of ginger, spices such as sage and other different and unique ingredients, Schenck said.

“They’re doing things nobody else is doing,” he said. “It’s not every corner bar that’s doing what Kevin is bringing to the drink. He has a great reputation, [and] not in just the local market.”

The various elements in the mix have been a winning combination for the D & D in Raleigh.  Greensboro will soon be able to add to the downtown scene with a new neighborhood bar with crafted selections of antique bourbons and whiskeys, beers and signature cocktails, with a planned opening in the spring of 2018.