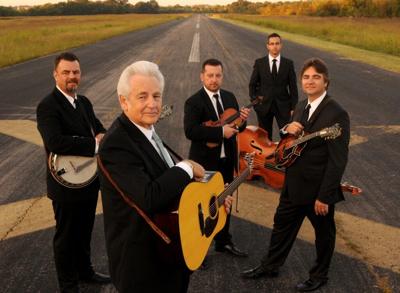 “After a successful pivot to a virtual event in 2020 due to the pandemic, we are thrilled to be able to return to hosting an in-person festival in downtown Greensboro that will provide a welcoming, celebratory environment for all members of our Greensboro and North Carolina community to enjoy,” said Amy Grossmann, President and CEO of the North Carolina Folk Festival. “Thanks to the support of our presenting sponsor, TowneBank, and our close partnerships with Guilford County and the City of Greensboro, we will present a festival that our performers, staff, supporters, and audiences will be able to safely enjoy.”

The North Carolina Folk Festival also announced that the legendary bluegrass musician Del McCoury will perform with his band on the festival’s opening night, Friday September 10, 2021. Regularly performing for audiences that number in the tens of thousands, Del McCoury is a living link to his bluegrass roots that charmed hardscrabble hillbilly honky tonks, rural schoolhouse stages, and the crowning glory of the Grand Ole Opry, to the present-day culture-buzz of viral videos and digital streams. Now helming the Del McCoury Band, with sons Ronnie and Rob, the ensemble carries forward a loyal, growing musical tradition as peerless torchbearers in the canon of Bluegrass music history.

Del McCoury has been recognized by the music industry with 14 GRAMMY nominations, including 2 wins for Best Bluegrass Album in 2013 with “The Streets of Baltimore, and in 2005 with “The Company We Keep.”

Announcements of additional performers and event details will be provided in the coming weeks. To stay up-to-date with festival announcements follow the North Carolina Folk Festival on social media @ncfolkfestival or visit www.ncfolkfestival.com.