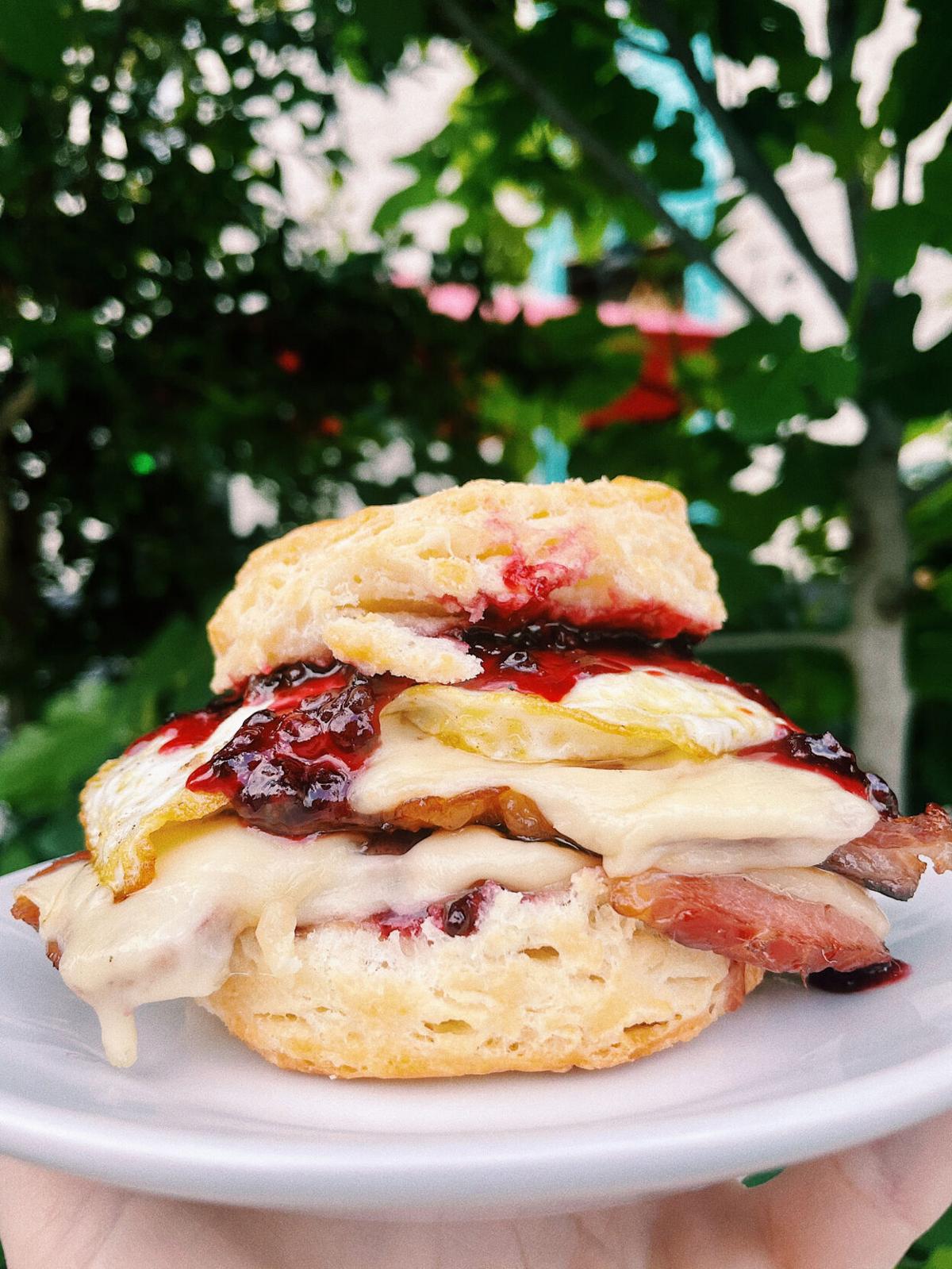 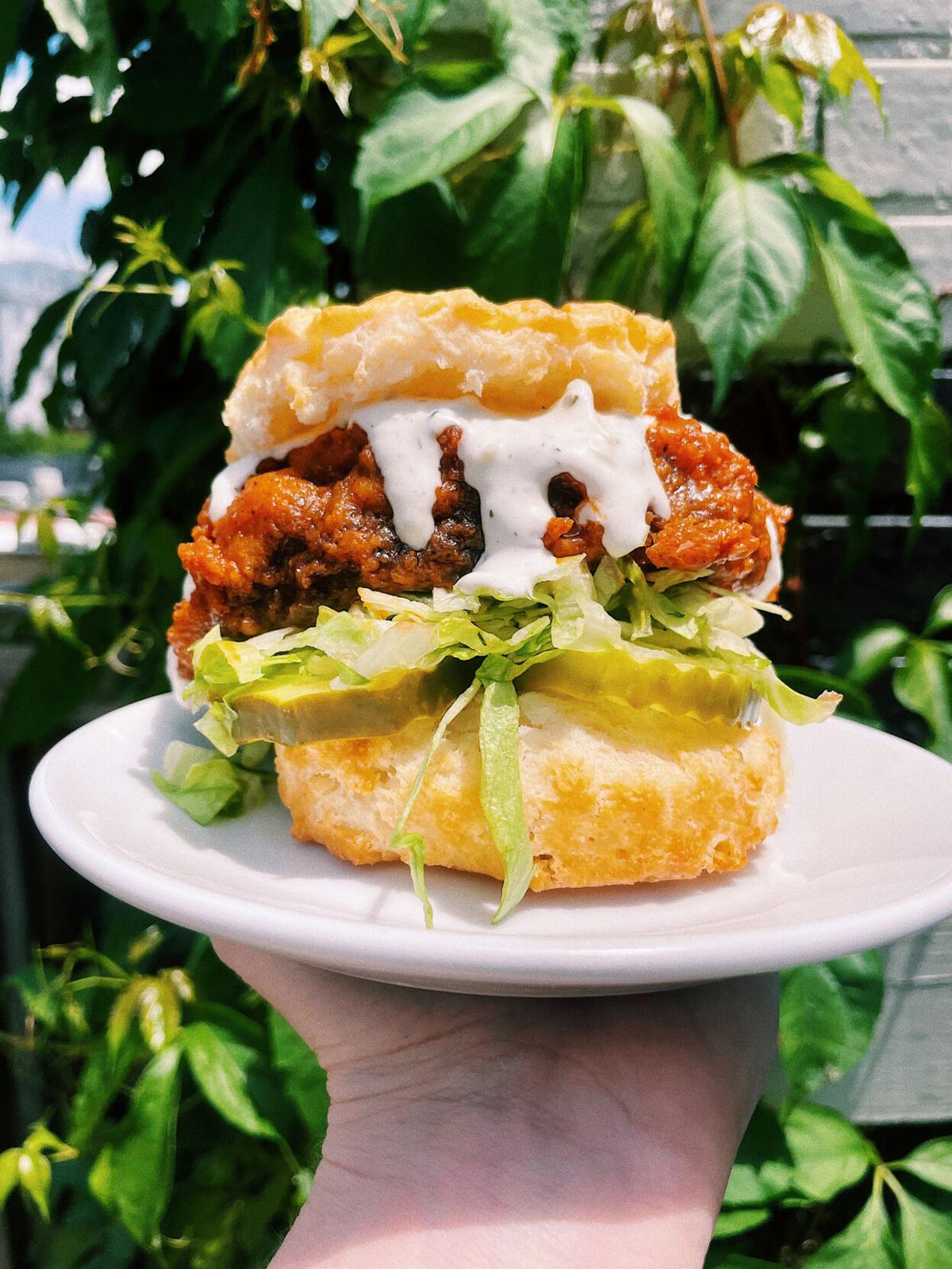 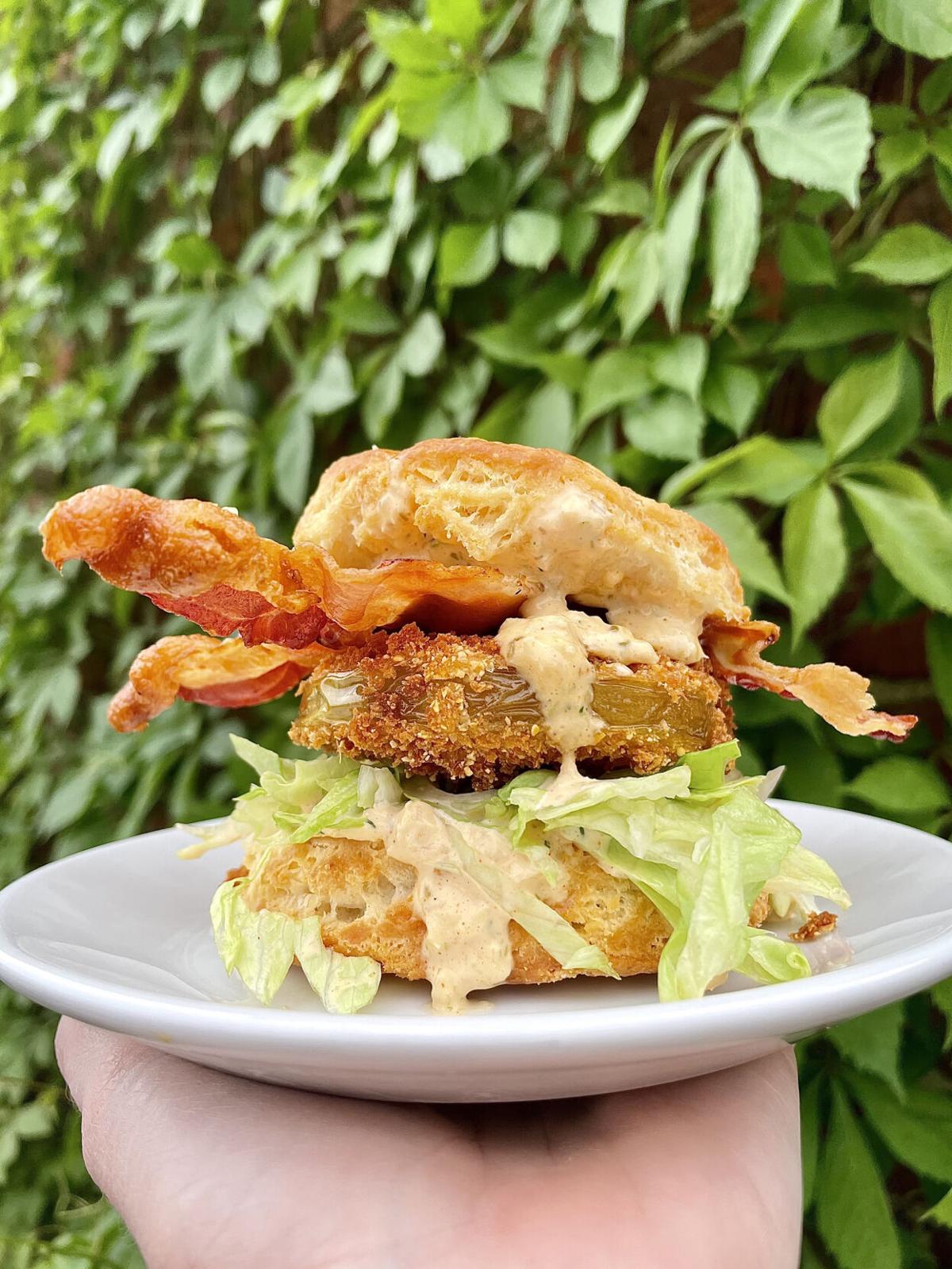 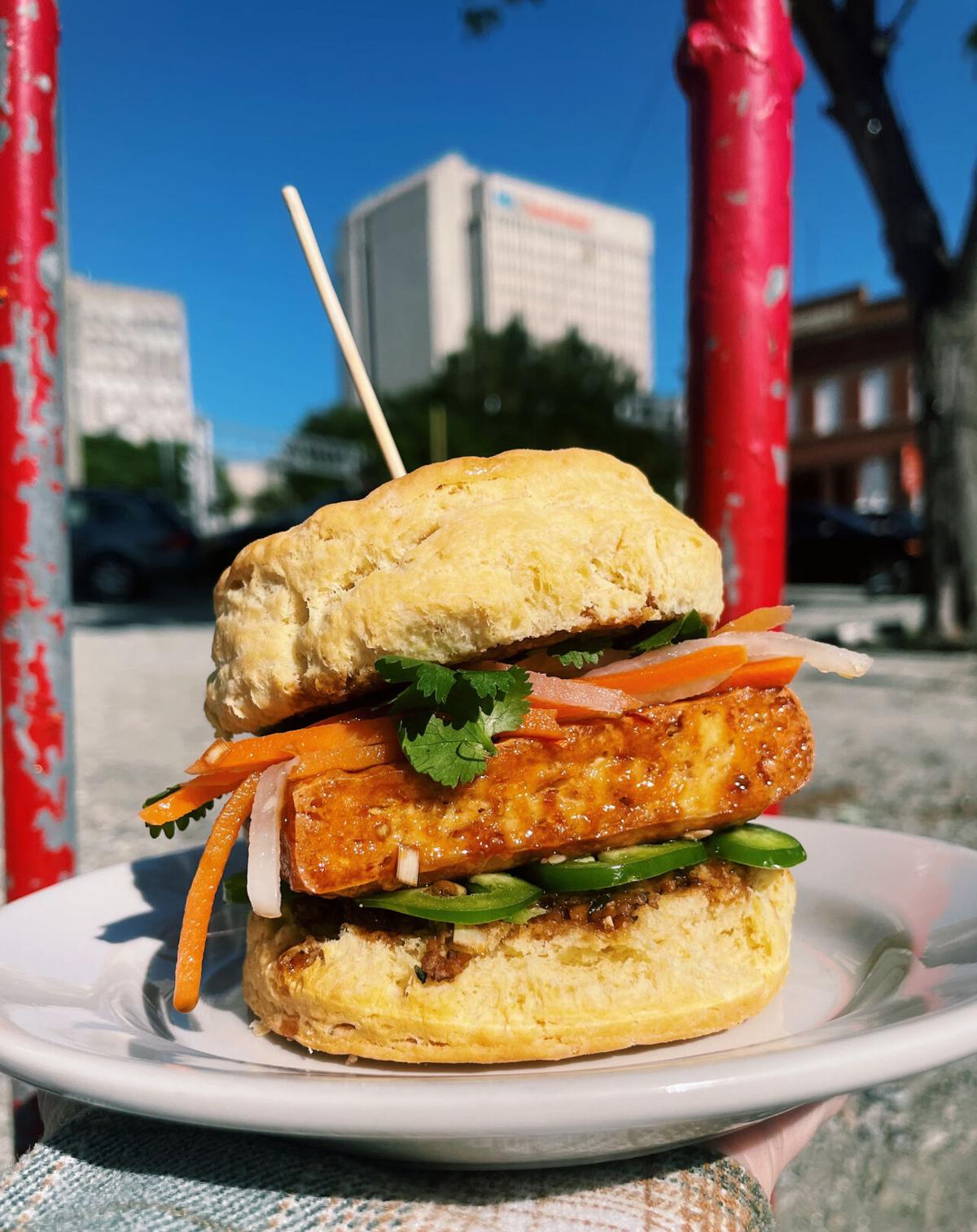 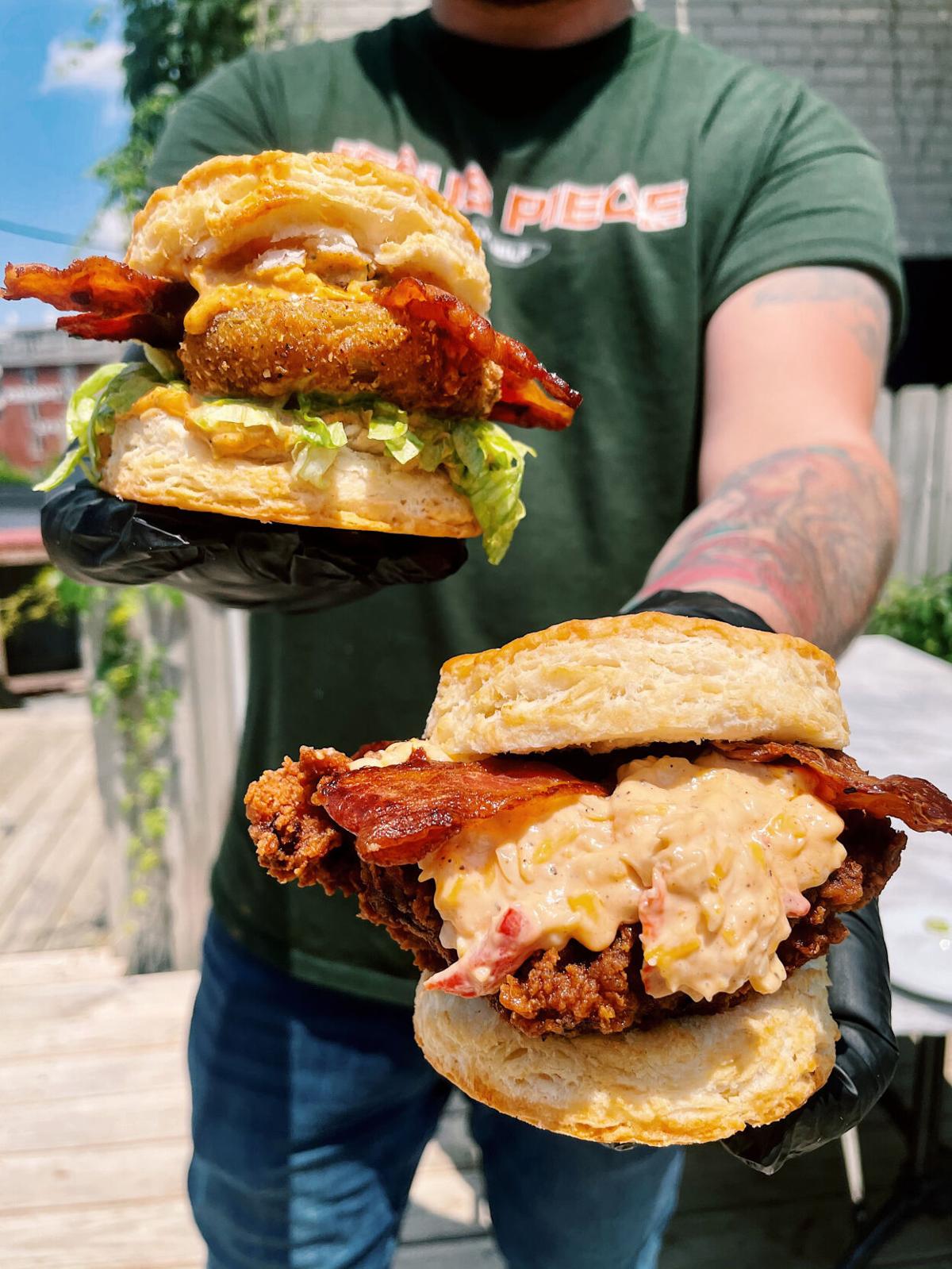 The Old Dutch and the Dirty Bird 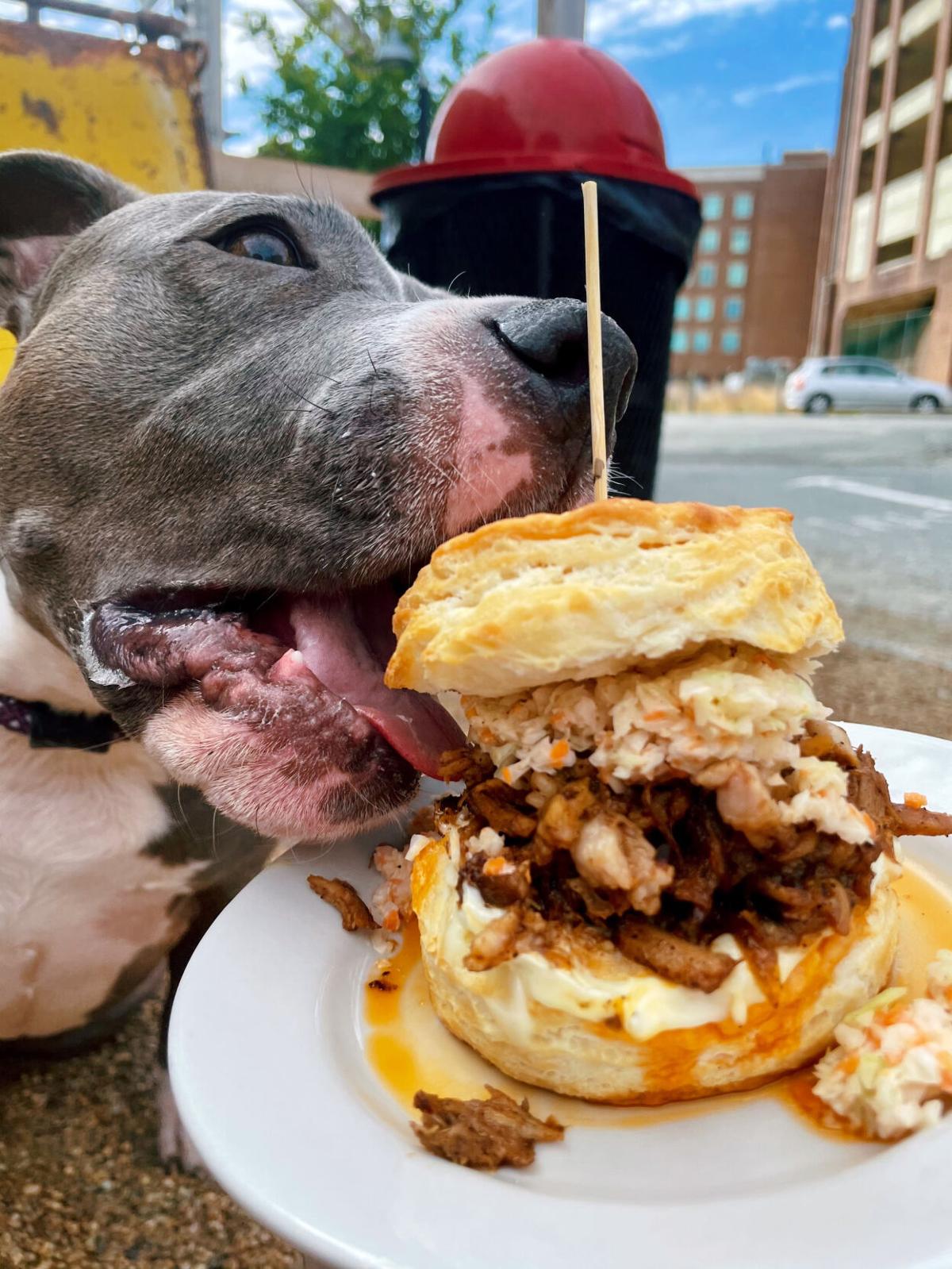 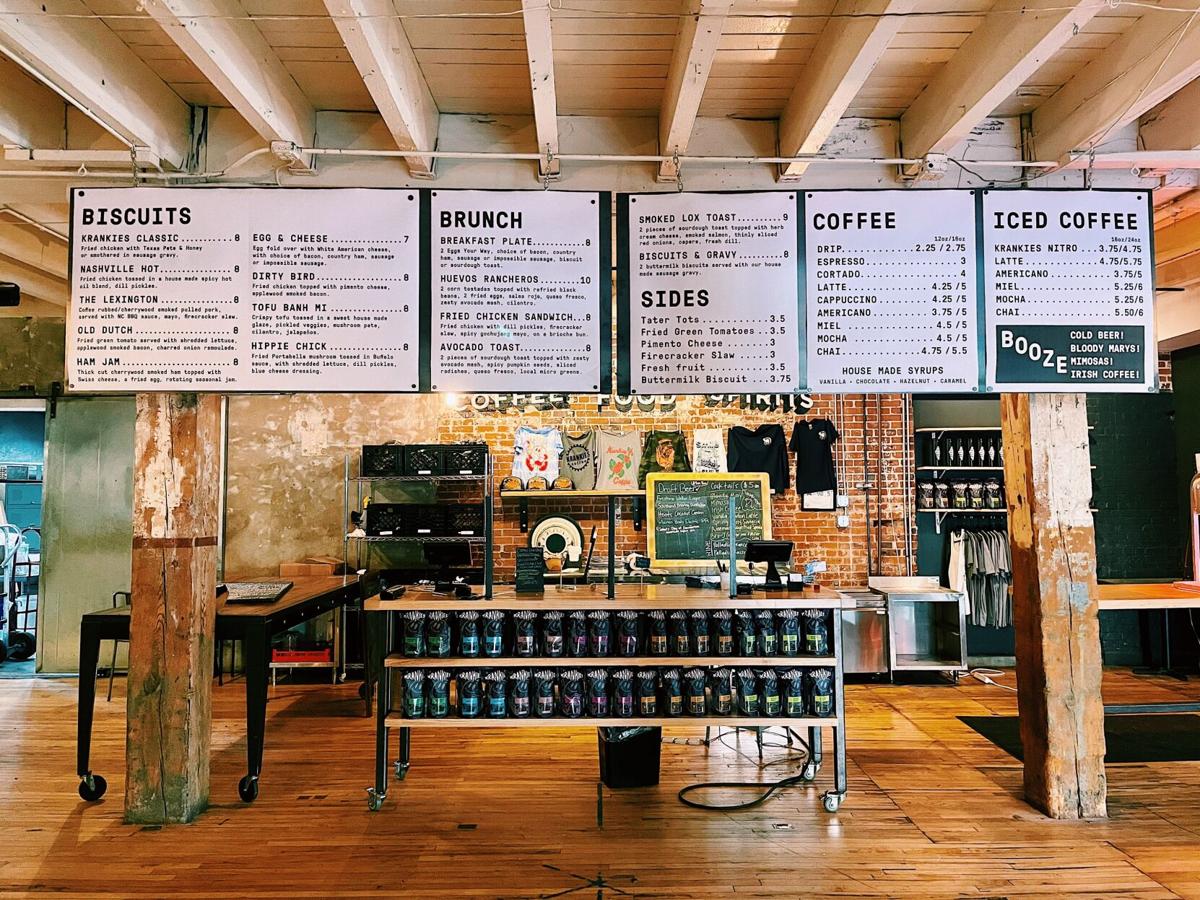 Newly named head chef Justin Webster strolls into his domain at Krankies Coffee in Winston-Salem, located at 211 E. 3rd St., refreshed and excited. He has just returned with his wife, Heather, and 4-year-old son, Levi, from the beach - his first vacation in over a year.

The 29-year-old father was given the reigns as head chef at the local favorite on April 1. But he has made sure, while making his mark at Krankies, that customers know this is no April Fool’s Day joke.

“The new menu launched today (June 1, 2021). One thing I had always thought is that the menu lacked direction. We had some really good items. But not really a vision, so my goal with this menu is just to hyper-focus on what we are good at, which is biscuits, specialty biscuits, and signature brunch items.”

Over the past year and a half as sous chef, Webster said he came up with many of the successful specials on the menu, but was running sandwiches and plate specials. The previous menu had two biscuits: the Krankies Classic: with fried chicken with Texas Pete & Honey or smothered in sausage gravy and the Egg & Cheese.

Before being named head chef, Webster said he created and added the Nashville Hot, featuring fried chicken tossed in a house-made spicy hot old blend and a dill pickle.

“Once I got the head chef role, I really took the time to think, ‘hey, what does Krankies want to be going into the future?’ and it just made sense to be a biscuit restaurant and to be the best.”

The newly added biscuits include:

“We had a soft launch the other week and every biscuit sold pretty much the same amount,” Webster said. “Which is such a good indicator. But as we run specials throughout the summer and see what sells really well, maybe in the Fall, we could potentially swap out some (menu) spaces. The menu is not static. I think it’s going to be an evolving menu.”

Webster said his goal with the new menu was to create something well balanced and have something for everyone.

“We have a really strong vegetarian option with the Hippie Chick,” said Webster. “And the Tofu Banh Mi is for vegans. That actually comes on a vegan biscuit. So we try to keep it well rounded, and anyone that comes here should be able to find something that they will like.”

Webster admitted that one of the hardest things with a biscuit restaurant is that it is more of a meat, dairy-centric kind of food item. So, it could be harder for some vegetarians to find something agreeable with their dietary restrictions. The Tofu Banh Mi biscuit tastes similar to cornbread.

On being a chef, he proudly said, “It’s fun! It’s really fun. You know you have to really pay your dues when you are a chef. You have to work the line and really earn your way to ‘chef-hood.’ But when you get there, it’s super fun and creative.”

General Manager Candice Parsons, who runs all the social media, catering, specials events, and front of the house, is also very excited to be a part of the new things taking place at Krankies.

“We are super stoked about being able to have options for everybody,” said Parsons, who joined the Krankies team in January 2020. “It’s not just southern food. There are dietary options and things for vegans, vegetarians, gluten-free items.”