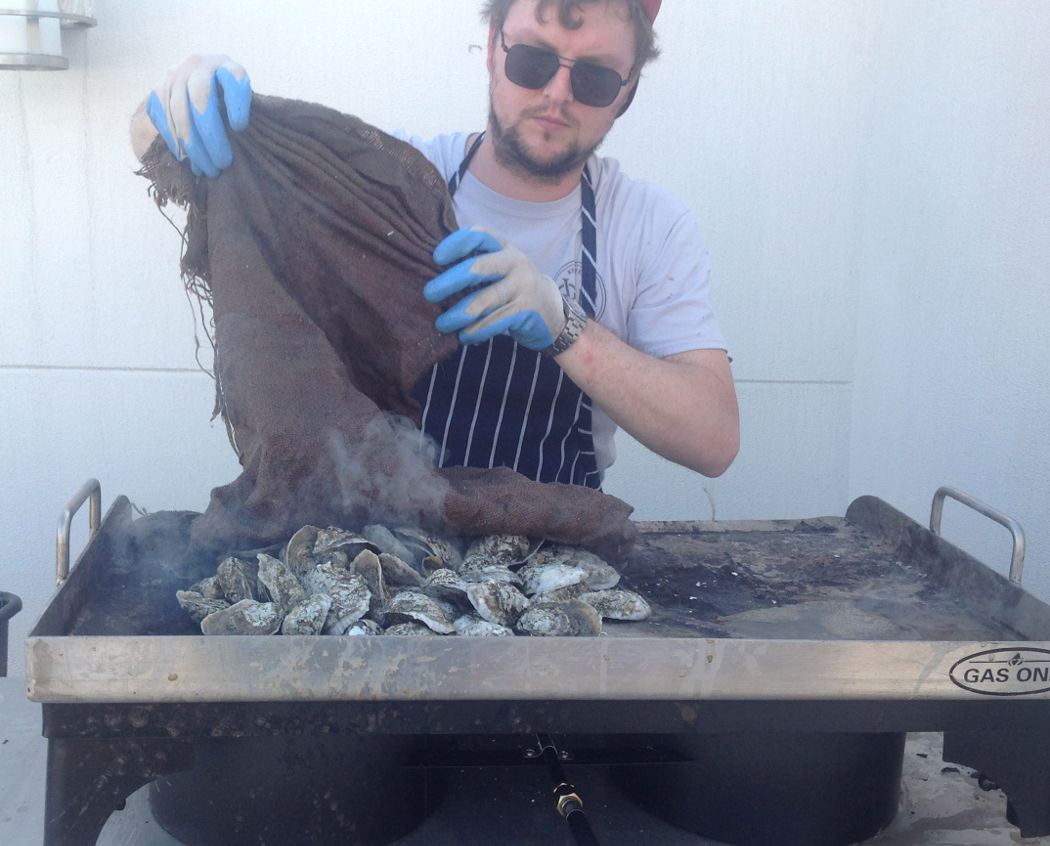 LaRue Elm owner Trey Bell works the oysters at a recent event on the restaurant’s patio. Another oyster roast is planned for March 4. 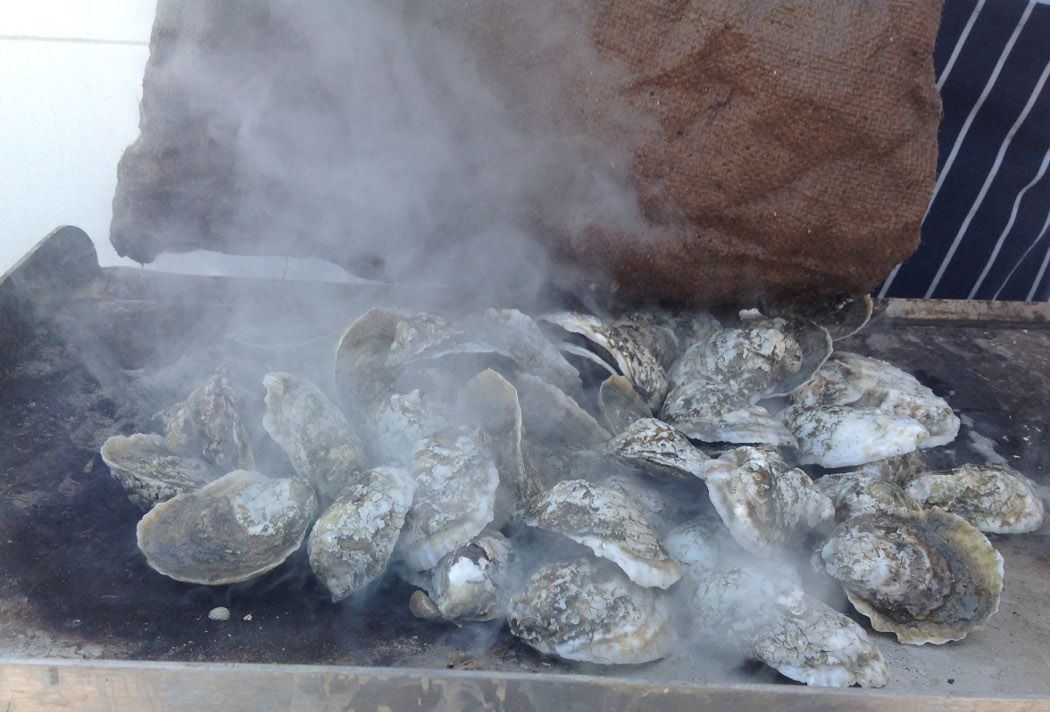 LaRue Elm owner Trey Bell works the oysters at a recent event on the restaurant’s patio. Another oyster roast is planned for March 4.

“There is some good in the miserable Britons after all, as their barbaric island yields the best oysters,” wrote the Roman historian Sallust in 50 BC. Transport Sallust to 21st Century Greensboro and he might say something similar about us, judging from the succulent bivalves LaRue Elm executive chef Trey Bell roasted on his restaurant’s patio at 423 N. Elm Street last Saturday, under a blustery sky as blue as ancient British war paint.

I love all oysters, but my favorite has long been the raw variety, about which Hemingway famously wrote something I’ll quote it at the end of this article. But Trey’s expert roasting has given these marvelous mollusks a subtle but irresistible hint of smoke, and now I find myself reevaluating. Do I like these better than the best raw ones I’ve found in the Triad, the ostiones en su concha at San Luis? At a $1 each, I can afford to order another dozen while I decide.

Either LaRue Elm announced this oyster roast with little fanfare, or I wasn’t paying attention, as I only saw a brief post on their Facebook page saying they’d be doing it Saturday, February 25th, beginning at noon and continuing until they ran out. I had missed the live scallops they’d served right before Christmas, which had run out of in a couple of hours. I wasn’t going to miss this.

And you haven’t either, as Trey says he’s going to do it again this Saturday, March 4th, again beginning at noon. I ask him what he looks for when procuring them. The keyword, unsurprisingly, is local.

“Nothing farther away than Virginia,” he says as he lifts wet burlap from another bushel on the grill, producing a delicious smelling cloud of smoke and steam. “Everything is from between North Carolina and Virginia. Nothing from the Gulf, all Atlantic and as close as I can find. Whenever I order oysters, I ask for the nearest ones they have at that time, and I get what I get.”

He asks me what I think of the smaller ones, which are from North Carolina, compared to the larger Virginia ones. I say both are excellent, but the smaller are the best, with a sweeter flavor. He says he’ll concentrate on the North Carolina ones in the future, beginning this weekend. If you come to LaRue Elm [www.larueelm.com] on Saturday, you can either head straight up to the patio and get them directly from him, or order them at a table or the bar. The patio is quicker, and there are fixings like condiments and crackers available there, but I scarf mine down as is. Somebody else got the last available shucking tool, but I easily open most of them with my fingers, and the stubborn ones yield to a bread knife.

Here’s what Hemmingway famously wrote in A Moveable Feast:

“As I ate the oysters with their strong taste of the sea and their faint metallic taste that the cold white wine washed away, leaving only the sea taste and the succulent texture, and I drank their cold liquid from each shell and washed it down with the crisp taste of the wine, I lost the empty feeling and began to be happy and make plans.”

There’s no metallic taste to these, and my only cool liquid is the Fosters I wash them down with, but as I eat 27 of them, I know the contentment that Papa H felt at that Parisian Cafe. I’m more about taking a Saturday afternoon nap than making plans, but I’m damn happy.