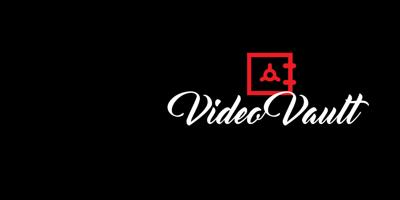 Luxembourg and Norway pass remarkably well for the Scottish Highlands, the setting of this tantalizing tale, in which a squadron of soldiers is deposited to engage in a training mission for the Special Air Service (SAS), Britain’s legendary crack commando unit. Their training hasn’t quite prepared them for what they’re about to face – rampaging lycanthropes that don’t require a full moon to transform.

With confident enthusiasm, Marshall sets up the narrative in shrewd fashion, and displays a knack for orchestrating mayhem with snatches of black comedy, intriguing twists and turns, and splashes of gore. The squeamish, understandably, are forewarned, but fans will devour it gleefully.

THE BAD GUYS (DreamWorks/Universal Pictures Home Entertainment): Pierre Perfiel makes his feature directorial debut with this light-hearted, elaborately produced adaptation of Aaron Blabey’s best-selling series of children’s books, detailing the misadventures of the titular crew of miscreants (voiced by Sam Rockwell, Marc Maron, Awkwafina, Craig Robinson, and Anthony Ramos) forced to undergo “rehabilitation” at the hands of a pompous scientist (voiced by Richard Ayoade) who has other, nefarious plans in mind for them. A few jokes will appeal to grown-ups, but this is primarily directed toward kids – and none the worse as a result, available on DVD ($17.96 retail), Blu-ray ($22.96 retail), and 4K Ultra HD combo ($44.98 retail), each replete with bonus features including audio commentary, behind-the-scenes featurettes, and more. Rated PG. ***

LOVECUT (Omnibus Entertainment): In their award-winning debut feature, writer Iliana Estanol and writer/producer Johanna Lietha co-directed this credible but fragmented drama focusing on three aimless couples in modern-day Vienna as they indulge in thievery, casual sex, and hedonism in an effort to combat boredom and their own immaturity and inadequacies. Flaws and all, it’s worth a look. In German with English subtitles, available on DVD ($24.95 retail). **½

“NCIS: LOS ANGELES” – THE THIRTEENRTH SEASON (CBS Home Entertainment/Paramount Home Entertainment): Chris O'Donnell and LL Cool J are back on the case in the City of Angels, in all 22 episodes from the 2021-'22 season of the award-winning CBS crime series (the first NCIS spin-off), with Eric Christian Olsen, Daniela Ruah, Medalion Rahimi, and Gerald McRaney rounding out the regular cast, available in a five-disc DVD collection ($39.99 retail) including such bonus features as behind-the-scenes featurettes, deleted and extended scenes, and gag reel.

OLGA (Kino Lorber): Writer/director Elie Grappe’s award-winning feature debut stars Anastasiia Budiashkina (in her feature debut) in the title role, an exiled Ukrainian gymnast and Olympic hopeful living in exile in Switzerland whose family is caught up in the Maidan Revolution in her homeland. Real-life gymnast Budiashkina had to flee her native Ukraine during the recent turmoil there, lending this even more relevance and credibility. In French, Russian and Ukrainian with English subtitles, available on Blu-ray ($29.95 retail).

SAMIRA’S DREAM (IndiePix Films): Filmmaker Nino Tropiano spent over a decade filming this award-winning documentary feature in which he trained his cameras on Samira, a modern-day Zanzibari woman, following her academic ambitions to become a teacher and other events that occurred in her life during that period of time. Both a compassionate, in-depth character study and a persuasive depiction of contemporary life in Africa. In English and Swahili with English subtitles, available on DVD ($24.95 retail), replete with audio commentary and deleted scenes. ***

SHRIEK OF THE MUTILATED (Vinegar Syndrome): Mere words can hardly describe this ultra-cheap, ultra-sleazy 1974 shocker edited and directed by Michael Findlay, starring Alan Brock (in his only feature) as a college professor who investigates the legend of the Abominable Snowman on a weekend expedition with his graduate students, only to see it turn into a gruesome nightmare for all concerned – including the viewer. Nevertheless, this played drive-ins and grindhouses for years after its initial release and boasts a fervent cult following. The limited-edition (!) Blu-ray ($42.98 retail) includes audio commentary, retrospective interviews, and more. Rated R. *

SUMMER HEAT (Kino Lorber Studio Classics): There’s trouble down on the farm when lonely Lori Singer embarks on a torrid affair with field hand Bruce Abbott, much to the mounting consternation of her husband (Anthony Edwards), in screenwriter/director Michie Gleason’s dour, dullish 1987 adaptation of a Louise Shivers novel, set in North Carolina during the Great Depression and featuring Clu Gulager (who died earlier this month), Noble Willingham, and Kathy Bates in support, available on Blu-ray ($24.95 retail). Rated R. *½

THE TENTH MAN (Kino Lorber Studio Classics): The Blu-ray bow ($24.95 retail) of director Jack Gold’s 1988 adaptation of Graham Greene’s novel, originally broadcast by CBS as a “Hallmark Hall of Fame” presentation, starring Anthony Hopkins as a survivor of World War II who returns to Paris to make amends for the prisoner who traded identities with him in captivity, only to fall in love with the man’s sister (Kristin Scott Thomas) and encounter a mysterious stranger (Derek Jacobi) who knows his secret. Jacobi copped the Emmy Award for Outstanding Supporting Actor in a Mini-Series or Special.

TERROR CIRCUS (Code Red/Kino Lorber): The Blu-ray bow ($29.99 retail) of the tacky, trashy, low-budget 1973 psychological shocker (also released as Nightmare Circus and Barn of the Naked Dead) in which three showgirls (Sherry Alberoni, Gyl Roland, and Manuella Thiess in her final feature to date) headed for Las Vegas are waylaid by sadistic, irradiated rapist Andrew Prine (who later claimed this was the one film he regretted making). This was director Alan Rudolph’s feature debut, although he denies it … and who can blame him? Bonus features include retrospective documentary. Rated R. ½