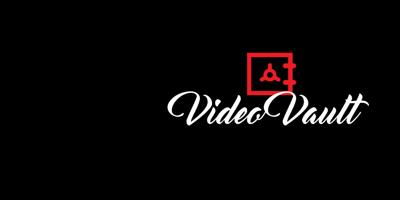 EVENT HORIZON (Paramount Home Entertainment): When the James Cameron’s Titanic (1997) went over-schedule, Paramount Pictures needed a big movie for the summer season – and hastily slotted this sci-fi shocker in its place, much to the consternation of director Paul W.S. Anderson, who had to rush post-production. Yet despite negative reviews and disappointing box-office, it may be Anderson’s best film, replete with a fervent cult following that has only grown over the years.

The titular spaceship vanished on its maiden voyage in 2040, and when a belated distress signal reaches Earth seven years later, the Lewis & Clark is dispatched on a rescue mission, the crew members unaware that they’re the ones who’ll need rescuing. As befits the genre, they’re heading directly into an inter-stellar nightmare. A solid cast lends heft to stock characters: Laurence Fishburne, Sam Neill, Kathleen Quinlan, Joely Richardson, Sean Pertwee, Jason Isaacs, Richard T. Jones, and Jack Noseworthy. Needless to say, some of them aren’t around – or intact – at the fade-out.

Derivative yet entertaining, Event Horizon doesn’t make a lot of sense – nor does it need to – but succeeds in repeatedly spooking the viewer with a palpable sense of dread, excellent special effects, some surprise plot twists, and an appropriate splattering of gore, although some of the more frightening ideas are left to the audience’s imagination.

APPLES (Cohen Media Group/Kino Lorber): Writer/producer/director Christos Nikou’s award-winning debut feature (originally titled Mila) is a timely, satirical parable is set during the aftermath of a worldwide pandemic in which the victims suffer amnesia, starring Aris Servetalis as a middle-aged everyman who attempts to recover his memories while helping others do likewise, which brings him into contact with potential love interest Sofia Georgovasili. In Greek with English subtitles, available on DVD ($19.95 retail) and Blu-ray ($29.95 retail), each boasting bonus interview and trailers.

BATTLE OF THE WORLDS (The Film Detective/Cinedigm): Antonio Margheriti (under his usual pseudonym “Anthony M. Dawson”) directed this 1961 sci-fi thriller (originally titled Il Pianeta degli uomini spenti) in which a rogue planet, controlled by an alien intelligence, is headed on a collision course with Earth, causing panic and disaster. Clunky but interesting, this benefits mightily (and amusingly) from the presence of a slumming Claude Rains – whose next film was Lawrence of Arabia (!) -- as a cantankerous scientist determined to decipher the aliens’ purpose. Both the DVD ($19.95 retail) and Blu-ray ($29.95 retail) includes audio commentary, original essay, and the documentary A Cinematic Outsider: The Fantastical Worlds of Antonio Margheriti. **

CATCH THE HEAT (Kino Lorber Studio Classics): Some 20 years after both winning Academy Awards for In the Heat of the Night (1967), Rod Steiger and executive producer/screenwriter Stirling Silliphant were unceremoniously reunited for this innocuous 1987 shoot-‘em-up (originally titled Feel the Heat) designed as a showcase for Silliphant’s wife Tiana Alexander, cast as government agent “Checkers Goldberg,” who goes undercover to bust heroin kingpin Steiger (wearing one of his worst hairpieces) in Buenos Aires. Alternately played straight or for laughs, the result is a mess that wastes David Dukes (miscast in a rare big-screen lead), Brian Thompson, Brian Libby, John Hancock, and the ever-imposing Prof. Toru Tanaka, available on Blu-ray ($24.95 retail). *

EL CORTEZ (Kino Lorber): Stephen Purvis produced and directed this contemporary, R-rated 2006 film noir (originally titled Three for the Devil)stars Lou Diamond Phillips as an autistic man who is released from an asylum and takes a job as the clerk at the titular Reno hotel, where he becomes ensnared in a byzantine scheme by a host of colorful underworld characters, with associate producers Glenn Plummer, Bruce Weitz, Tracy Middendorf, James McDaniel, and Peter Onorati on the guest list, available on Blu-ray ($29.95 retail), boasting behind-the-scenes featurette, deleted scenes, and theatrical trailer.

“EMMA”: SEASON THREE – BOWTIFUL! (Wiggles/Kino Lorber): Emma Watkins co-created, directed and stars in this selection of episodes from the popular Australian children’s series spun off from the long-running Wiggles franchise, in which she sings, dances, and teaches children about problem-solving, available on DVD ($14.99 retail), including photo gallery.

THE ENORMITY OF LIFE (Bayview Entertainment): Writer/producer/director Eric Swinderman’s award-winning comedy/drama stars Breckin Meyer as a suicidal man who, after unexpectedly receiving an inheritance, embarks on an unlikely but eventful road trip with eccentric single mother Emily Kinney and her young daughter (Giselle Eisenberg), who has an unhealthy fascination with mass shootings, available on DVD ($14.99 retail) and Blu-ray ($19.99 retail).

HOT SEAT (LionsGate): Kevin Dillon and Mel Gibson topline director James Cullen Bressack’s R-rated cyber-thriller, the former as a reformed computer hacker blackmailed into engineering a high-tech heist and the latter as a veteran bomb-squad officer seeking the blackmailer before he blows Dillon to kingdom come, with Shannen Doherty, Sam Asghari, and Lydia Hull caught in the crossfire, available on DVD ($19.98 retail) and Blu-ray ($21.99 retail).

MID-CENTURY (LionsGate): Sonja O’Hara directed and appears in this R-rated supernatural thriller starring Shane West (also an executive producer) and Chelsea Gilligan as a couple who rent a mid-century modern house designed years before by demented architect Stephen Lang (also an executive producer) – only to experience strange occurrences indicating that the spirits of the dead are restless, with Sara Hay, Mike Stern, and Bruce Dern on hand, available on DVD ($19.98 retail) and Blu-ray ($21.99 retail).

NATHALIE … (Cohen Media Group/Kino Lorber): The Blu-ray bow ($29.95 retail) of writer/director Anne Fontaine’s 2003 drama, starring Fanny Ardant as a middle-aged gynecologist so enraged by husband Gerard Depardieu’s philandering that she hires prostitute Emmanuelle Beart to seduce him in an effort to turn the tables on him – only to see her scheme backfire and threaten to destroy them all. In French with English subtitles.

SEXUAL DRIVE (Film Movement): Tateto Serizawa plays a mysterious stroke victim who encounters a variety of characters whom he’s encountered in the past to tease and torment them with his philosophy about culinary and sexual obsession in writer/director Kota Yoshida’s episodic, semi-satirical character study. Well-made and certainly offbeat, but is overly consumed (no pun intended) with its fetishistic quirkiness, although Matsumoto Akira’s score is a standout and cult status is likely. In Japanese with English subtitles, available on DVD ($24.95 retail). **

YOU ARE MY SUNSHINE (TLA Releasing): David Hastings wrote, produced and directed this award-winning tearjerker detailing the 50-year relationship between two gay men in Britain, beginning in the 1970s when they were teenagers (played by Steve Salt and newcomer Jack Knight) and concluding with them in the current day (played by Charles O’Neill and Ernest Vernon) dealing with the infirmities of old age. Occasionally heavy-handed and long-winded but kept afloat by sincere, heartfelt performances. The DVD ($24.99 retail) includes audio commentary, interviews, and bloopers. ***