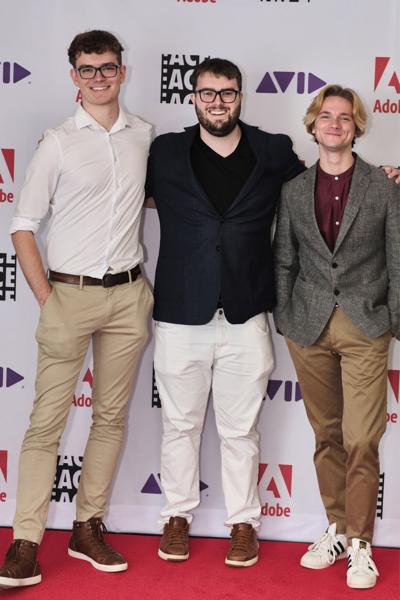 Variety, the entertainment industry trade paper often cited as “the show-biz bible,” has once again published its list of the top 50 film-school programs in the world for 2021. And, once again, the University of North Carolina School of the Arts (UNCSA) School of Filmmaking has made that list.

Each year, Variety examines the attributes that set film schools above the rest, noting that “students at these schools will likely emerge to become the superstar creators of the TV series’, indie films, and tentpole movies of tomorrow.”

Among said attributes are UNCSA’s ongoing relationship with the RiverRun International Film Festival, and because “students are firmly connected to the entertainment industry” via the annual trip to Los Angeles for fourth-year students, “setting them up for life, post-graduation.”

“We are thrilled to again be included in Variety’s list of top film programs around the world,” said Dale Pollock, interim dean of the School of Filmmaking and, years before his academic career, a reporter for Variety. “With our all-star faculty, top-of-the-line facilities, industry connections, and tremendous value with both lower tuition than other top programs and complete financing for all student films, UNCSA should be at the top of any prospective film student’s list.”

UNCSA chancellor Brian Cole seconded Pollock’s sentiments. “Important rankings like this one from Variety show how valuable UNCSA is to our state as well as to the world,” he said. “Accolades from leading publications read by industry insiders are a great validation of the hard work by our faculty, staff, and students – particularly this year when they were forced to be more creative than over amid limitations of COVID-19.”

During the COVID-19 pandemic, the School of Filmmaking maintained in-person instruction and has continued producing student films using industry-standard safety protocols and employing safety monitors. The film students were still able to make more than 130 films.

The recognition by Variety is not the only reason for celebration at the UNCSA School of Filmmaking, as three students swept the Student Eddie awards, sponsored by American Cinema Editors (ACE), and two School of Filmmaking alumni worked on films that won best-in-category awards.

Sam Bailey of the United Kingdom won the coveted Anne V. Coates award for Student Editing, having been a finalist last year. The other finalists were Kendall Best of Kernersville and Conor Callahan, who hails from Juno Beach, FL. All three are third-year students in the School of Filmmaking’s Picture Editing and Sound Design program.

The UNCSA School of Filmmaking earned its first Eddie nomination in 2015 and became the first school to sweep the nominations the very next year. This year marks its second sweep.

“The School of Filmmaking has a strong history at the ACE Student Editing awards, which is an important benchmark for our students and their faculty mentors,” said Pollock. “It is no small fear to have your work judged alongside that of your peers across the nation. We congratulate Sam, Kendall, and Conor for their best-in-class work.”

Student competitors were asked to edit a scene with footage (dailies) and script notes from a professionally produced film or television project.

The Eddies were presented last Saturday in a virtual awards ceremony, which took place at the Beverly Hilton Hotel in Los Angeles. Noted writer/producer/director Aaron Sorkin (The Trial of the Chicago 7, The Social Network, TV’s The West Wing) presented the student award.

Two School of Filmmaking alumni were also acknowledged in acceptance remarks for their work on winning films: Kaitlyn Ali (Class of ‘18) was an editorial production assistant on The Trial of the Chicago 7, which won best-edited feature film, and Eric Barker (Class of ‘11) was an assistant editor on Soul, winner of the best-edited animated film.

“Alumni of the School of Filmmaking, in all disciplines, are working on projects that are celebrated by industry insiders, critics, and the public,” Pollock said. “We’re proud to have our editing program so well represented at the ACE Awards.”