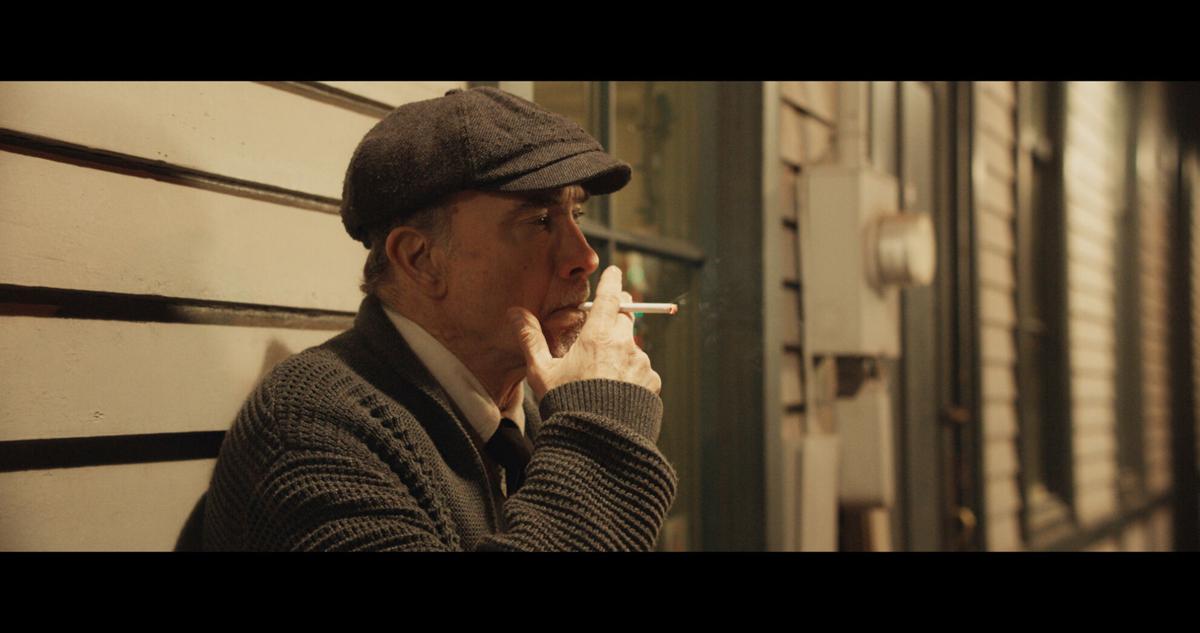 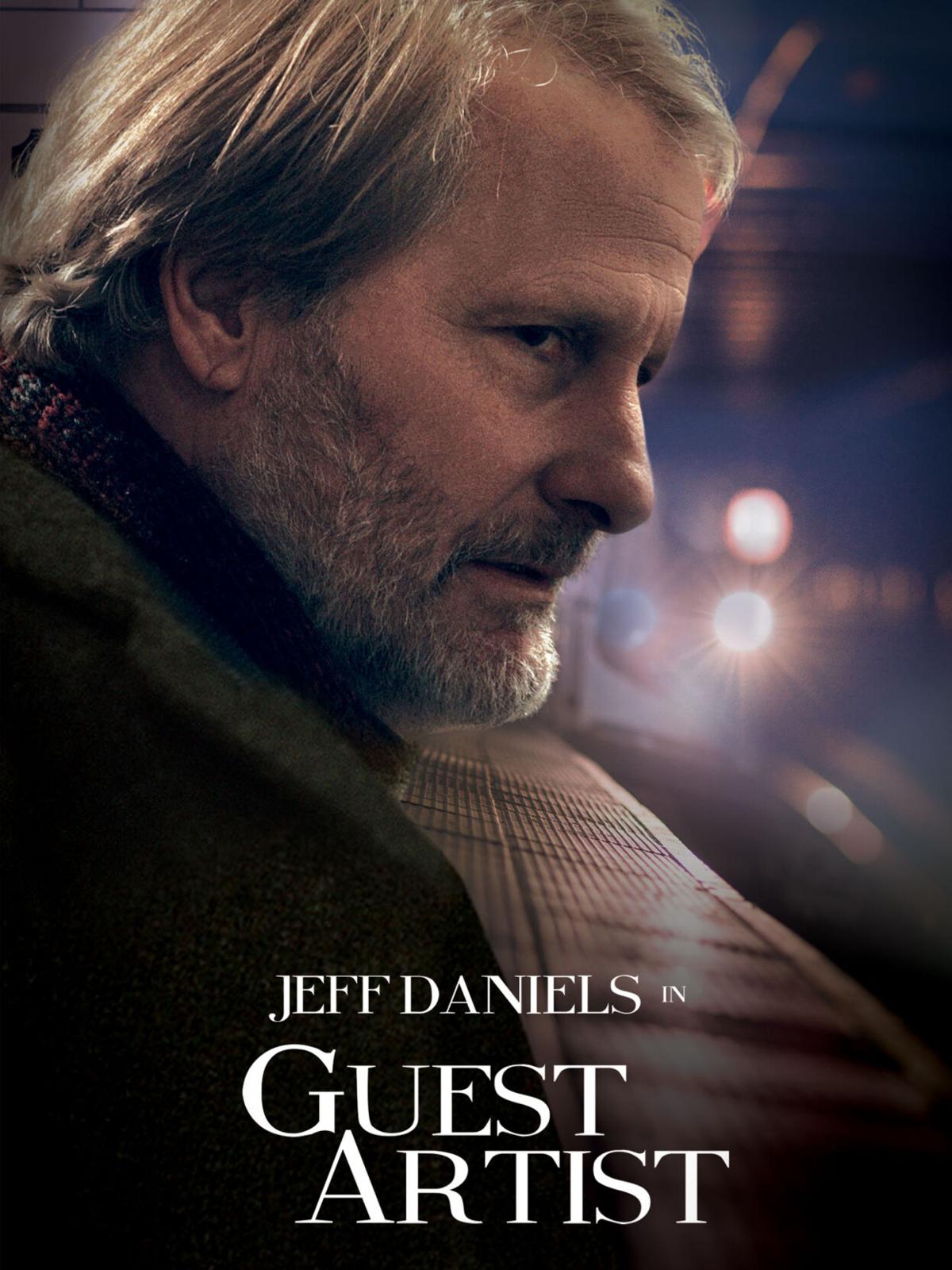 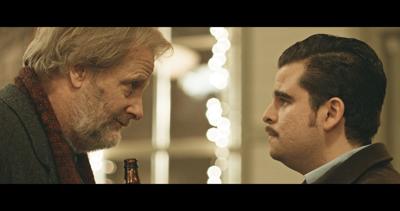 Several familiar, friendly names are associated with Guest Artist, starting with producer and leading man Jeff Daniels, who wrote the script – as well as the play upon which it was based. Timothy Busfield, best known as an actor (Field of Dreams, thirtysomething), makes his feature debut as director, as well as being a producer with actress/wife Melissa Gilbert.

Adding to the familial vibes is that Busfield’s son, Wilson, is the cinematographer, and Daniels’s son Ben makes his feature debut as the film’s composer. For the most part,this is one project that’s kept all in the family.

Guest Artist, a comedy/drama/character study, is steeped in the milieu of contemporary theater, and is  billed as being “based on an incident which became a play which became this film.”

Daniels’s Joseph Harris is something of a familiar archetype: A shambling, hard-drinking, self-loathing artist – in this case a playwright – muddling through the twilight of his career, consumed by bitterness and cynicism. Nevertheless, Daniels revels in the role, which is a showy one. Then again, he did write it.

His Broadway career at a standstill, Harris consents to act as “guest artist,” presenting his latest play at a community theater in Michigan during the Christmas season. Daniels himself hails from the Wolverine State, so there’s also a homey vibe here. Indeed, the play had its world premiere at the Purple Rose Theater Company in Chelsea, which Daniels founded. The company is named after the 1985 Woody Allen film Purple Rose of Cairo, which gave Daniels a big boost early in his screen career. (Besides, it sounds better than the Dumb & Dumber Theater Company.)

During the early scenes, there’s an attempt to open things up a bit, with a colorful, panoramic overview of modern-day Broadway during the holidays. Once Harris arrives in Michigan, however, Guest Artist’s theatrical origins become more evident, since much of the action is confined to the neighborhood train station, where Harris arrives (having refused to fly). Not only is he drunk, but he’s determined to take the next train back to New York.

That’s the situation facing Kenneth Waters (newcomer Thomas Macias), the apprentice assigned to mind Harris during his stay. An aspiring playwright himself, Kenneth is awe-struck to be in the presence of one of his heroes, but his admiration quickly sours as he contends with Harris’s vitriolic mood swings, and his admission that he hasn’t written a new play.

Not surprisingly, it’s the relationship between Harris and Kenneths – and Daniels and Macias – that forms the backbone of the film, but it’s not altogether surprising how things resolve themselves. Harris is going to get a little tough love – and an ego boost – from Kenneth, and Kenneth is going to get a first-hand primer into the difficulties of being an artist.

Kenneth is written as being obsequious and fawning, and Maciac – in a role that would seem tailor-made for Josh Gad — occasionally overdoes it, which threatens to turn Kenneth into a caricature. Sometimes it’s hard not to empathize with Harris when he insults and belittles the younger man. Nevertheless, Maciac and Daniels develop a reasonably appealing rapport.

In smaller roles, Richard McWilliams (in his screen debut) provides poker-faced back-up as the glumly observant station master, who’s not above brandishing a baseball bat when Harris or Kenneth act up,  and Erika Slezak (fondly remembered for her 32-year stint on the daytime drama One Life to Live) makes a sharp, if all-too-brief, appearance as Harris’s practical and pragmatic agent, whose had her fill of his bellyaching but still evinces genuine affection for him. She’s so good that one almost wishes she’d accompanied him on his trip.

Thanks to the likable cast and trim running time (under 80 minutes), Guest Artist kills time easily enough and provides a modestly engaging diversion, but it follows something of a “safe” formula: Everyone’s going to learn a few lessons – about themselves and each other. Everything’s going to work out in the hand. Christmas will be merry after all. All’s well that ends well.