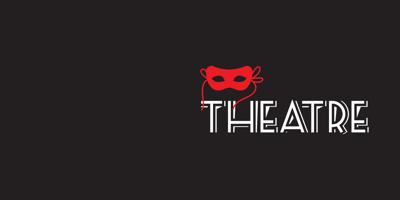 On April 22, the University of North Carolina of the Arts (UNCSA) in Winston-Salem will present the world premiere of Waiting in the Wings, a new dance film choreographed by the noted award-winner Larry Keigwin, which was filmed entirely in downtown Winston-Salem and on the UNCSA main campus.

The production, which premieres during UNCSA’s annual Next/New Scholarship Benefit, will be held virtually at 8 p.m. April 22, and then will be available on-demand the following day. Tickets for the benefit, which includes the full presentation, exclusive behind-the-scenes footage, special gifts, and treats, are available for $250 per household and can be purchased here: https://www.uncsa.edu/giving/events/nextnow/index.aspx.

“Larry Keigwin brought forward-thinking vision and energized optimism to our dancers and crew with his masterful direction and visually stunning choreography,” praised Jared Redick, interim dean of the UNCSA School of Dance. “His skills as a dance maker for film make him one of the leading voices in the digital space, and the School of Dance is proud to have his original commissioned piece serve as a capstone for our graduating class of contemporary dancers.”

For theater buffs, the title “waiting in the wings” is a common one for performers just before they make their entrance in the performing space. Keigwin also likens it to the current situation of citizens living in a pandemic-era world. “Waiting in the Wings is really the excitement and anticipation of the performance, (and) I also think it’s a nice metaphor for our lives now,” he said.

He also has the highest regard for the dancers he worked with. “I never saw them as students,” he said. “They were like company dancers. They have really given 100% of their focus. Just as much as this (Zoom) is a new medium for me, it is for them as well. They’re on an exploration, and it’s fun to watch that and to learn together with them.”

Following its April 22nd premiere, Waiting in the Wings will be available the next day at UNCSA On Demand: https://www.uncsa.edu/performances/on-demand/index.aspx.

For more information about current and upcoming events at UNCSA, visit the official website: https://www.uncsa.edu/.