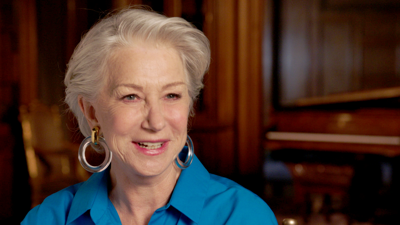 “We are so happy to be offering another brand new, not-yet-released RiverRun film at our drive-in,” said Marketplace Cinemas manager and projectionist Zack Fox. “On Broadway was one of the first movies ever mentioned as a possibility for a RiverRun Drive-In showing, and as a lover of New York Broadway, I was personally very excited to see this film in the original 2020 festival line-up. I think it’s a great film for fans of not just Broadway, but anyone who loves the stage, music, or even just the movie screen – especially since Hugh Jackman, Mandy Patinkin, Helen Mirren, Lin Manuel Miranda, and so many other talents appear in this film.”

“Every year millions of people travel thousands of miles and spend billions of dollars to come to one tiny neighborhood of New York City along a street called Broadway and sit in the dark to watch a show,” said Jacoby, who was an Oscar-nominee for the documentary short subject Sister Rose’s Passion (2004). “Back in the 1970s, when I was growing up in Manhattan, this whole thing almost came to an end. Broadway was on the verge of bankruptcy, and there was talk of tearing down the theaters to make room for parking lots. As a life-long New Yorker, I was drawn to the surprising story of how an industry and art form on the verge of extinction not only avoided collapse but managed to reinvent itself in astonishing ways.”

“We’re delighted to be bringing On Broadway to the big screen at the Marketplace Drive-In,” said Rob Davis, RiverRun executive director. “This is one of the documentaries we had planned to feature in our 2020 festival, and it’s a great film which looks at how the Broadway theaters came back from the brink of disaster thanks to innovative work, the spirit of inclusivity, and a balance – sometimes uneasy – between art and commerce. Anyone who loves (live) theater will love this film!”

“While making On Broadway, I was given an extraordinary chance to interview actors, directors, producers, and playwrights who are the heart and soul of the American theater,” Jacoby said. “They told us the inside story of the remarkable changes they’ve witnessed over the past 50 years, which have turned everything around.”

“We’ve really enjoyed working with Marketplace on our drive-in screenings,” Davis said. “Zack Fox and his team run an incredibly professional operation and place top priority on projection and sound quality. We had done a few year-round programs at Marketplace, and it was going to be a 2020 RiverRun venue … and in actuality, that’s exactly what it’s become as we’ve shown several festival films there; it’s just that neither Marketplace nor RiverRun imagined they would be drive-in screenings!”

Needless to say, “2020 has been a challenging year for RiverRun, but we have weathered the storm so far,” Davis added. “We’ve been encouraged by the response from our audiences, donors, and sponsors and are looking forward to more screenings in the coming months. We are currently receiving film submissions for 2021, and we are encouraged at the number of submissions and the quality of the films.”

Gates open at 5 p.m., with the screening scheduled to begin at 5:30 p.m. Tickets are $15 and are available online. For more information about RiverRun International Film Festival, visit the official website.