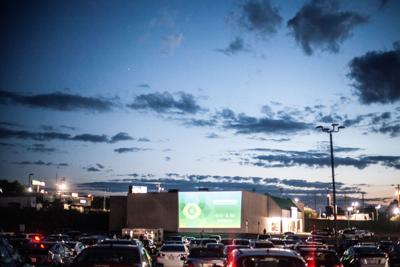 The 22nd annual RiverRun International Film Festival didn’t happen last year. The 23rd festival, which concluded May 16th, did happen this year – and it went off without a hitch.

This year’s festival, which combined virtual screenings with socially distanced outdoor and drive-in screenings, boasted 134 films representing 24 different countries. Almost 3,500 tickets were sold during this year’s festival, which includes one ticket for each car at a drive-in screening and one ticket for each virtual presentation. Obviously, there were often additional people in each vehicle, and it’s impossible to ascertain how many people watched a virtual screening on one ticket.

Therefore, said RiverRun executive director Rob Davis, “this is a festival different from any other, but our attendance was very good and actually exceeded our expectations in terms of geographic reach.”

The festival saw virtual sales in 33 states as far away as Hawaii, British Columbia, and Ontario in Canada, Puerto Rico, Spain, Switzerland, Israel, and the United Kingdom. It could accurately be said that this was the most “far-reaching” festival in RiverRun’s history.

“It has been a treat for us to see that RiverRun had such a far reach this year – across the country and beyond,” Davis said. “As always, we are grateful to everyone who makes this festival happen and to all of those who support our mission.”

In addition, “we have had a great deal of positive feedback from audience members as well as filmmakers,” he said. “By the time of (this year’s) festival, audiences were used to streaming content and purchasing tickets online, so the comments have largely centered on how convenient everything was. Additionally, we provided a great deal of documentation on how to access tickets and films, and I’ve personally received many positive comments on how thorough our instructions were and how much that was appreciated.”

Despite having presented some virtual and drive-in screenings in lieu of the festival last year, any concerns that the RiverRun staff and volunteers might be a little rusty this year were quickly dispelled, according to Davis. “The RiverRun team has adapted, adjusted, and revised our business model over the course of the last year, and we were all back in the ‘groove’ come opening night!”

The winners of the 2021 RiverRun jury awards were announced at the close of the festival, with Best Film going to Fires in the Dark and the Peter Brunette Award for Best Director to Dominique Lienhard for that film. Lienhard turned the hat trick by also winning the Best Screenplay Award. Philippe Kress (Best Cinematography) and Marco Perez (Best Editing) won for A Beautiful Curse, Shein Mompremier won Best Actress for Ludi, and Best Ensemble went to the cast of Events Transpiring Before, During, and After a High-School Basketball Game.

The RiverRun festival is an Academy Award qualifying festival for Best Documentary Short, and this year’s Best Documentary Short was won by director Jimmy Goldblum’s A Broken House, while Atomic Café, co-directed by Akira Boch and Tadashi Nakamura, received an honorable mention. RiverRun is also an Academy qualifying festival for Best Animated Short, and this year’s winner was The Source of the Mountains, while The Winter copped a special jury award for Student Film. The Reel South Award went to director Lydia Cornett’s Bug Farm.

Another winner was actress-turned-writer/producer Finnerty Steeves, whose comedy/drama before/during/after was to have had its world premiere at last year’s festival. When the festival was canceled, RiverRun arranged for a special outdoor screening at the Marketplace Cinemas Drive-In in August. This year she brought the film back to be shown at RED Cinemas in Greensboro, where she was also presented with the Emerging Master Award.

“I had an incredible time,” Steeves said. “The staff and volunteers at RiverRun are the best – the best. The screenings were well-attended, and I feel like everyone was so dang happy to be having a shared experience with other people. It made the viewing all the more special. I sat there with my husband and daughter and just took it all in: All of the giggles. All of the love. All of it.”

“I think next year’s festival will retain some sort of virtual component as it provides great exposure for the RiverRun brand, even though more of next year’s festival will hopefully be in-person,” Davis said. “We were just so grateful to be able to be back in a creative fashion. Thank you to everyone who was a part of this year – from filmmakers and directors to patrons and staff. Being a part of this community is such a gift to RiverRun.”