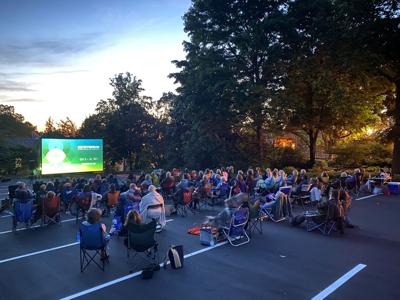 WINSTON-SALEM, NC (MAY 18, 2021)— The RiverRun International Film Festival today announced the Jury Awards for the 2021 Festival. This year’s festival ran May 6-16 and was a hybrid festival of virtual screenings and safe, outdoor and drive-in screenings. The festival this year presented 134 films representing 24 countries.

“We had an impressive slate of films this year, from both emerging and established directors. It was not easy for the juries to make their final decisions,” said Rob Davis, RiverRun Executive Director. “This year’s festival was of course a bit different than in traditional years, but we were just so grateful to be able to be back in a creative fashion.  Thank you to everyone who was a part of this year – from filmmakers and directors to patrons and staff.  Being a part of this community is such a gift to RiverRun.”

Best Film:  Fires in the Dark directed by Dominique Lienhard

Peter Brunette Award for Best Director:  Dominique Lienhard for Fires in the Dark

Best Screenplay:  Dominique Lienhard for Fires in the Dark

Best Ensemble:  The cast of Events Transpiring Before, During and After a High School Basketball Game

RiverRun is pleased to be affiliated with Reel South. Reel South SHORTS, the digital hive of the PBS series Reel South, showcases the best in Southern short-form and is built on partnerships with the South’s regional film festivals. The Reel South SHORT Award honors the best in Southern short-form. The winning documentary short receives a cash prize and distribution in Reel South’s digital platforms. The winner of this year’s Reel South Award from RiverRun is Bug Farm directed by Lydia Cornett. The film is about four distinct women in Central Florida who bond over working with crickets, superworms, and roaches on an insect farm in the small town of LaBelle.

The 10th annual RiverRun Pitch Fest was held with college students from six colleges from North Carolina and Virginia pitching their documentary film projects to a panel of judges in hopes of winning cash prizes. First place was awarded for America vs. Herself directed by Kiersten Houser from UNC Wilmington. Second place was awarded to The Subway directed by Gannon La Croix of James Madison University.

The sponsors of the 2021 RiverRun International Film Festival help sustain the organization's mission to foster a greater appreciation of cinema and a deeper understanding of the many people, cultures, and perspectives of our world through regular interaction with great films and filmmakers. Festival sponsors include:

The RiverRun International Film Festival is a non-profit cultural organization dedicated to the role of cinema as a conduit of powerful ideas and diverse viewpoints. Founded in 1998, RiverRun is a competitive event that annually showcases new films from both established and emerging filmmakers around the world. Each spring, RiverRun screens new narrative, documentary, short, student and animated films, offering both audience and jury prizes in competition categories.