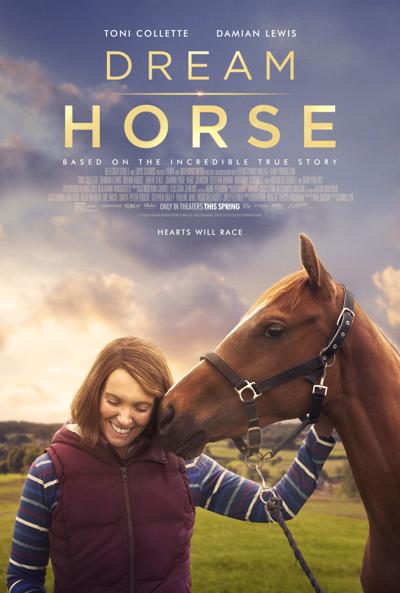 Around this time each year, the RiverRun International Film Festival traditionally hosts a launch party touting the films and special guests scheduled to be a part of the festival. Circumstances being what they are during the COVID-19 pandemic, the RiverRun International Film Festival’s traditional kick-off event will be virtual this year, taking place April 7 and will be broadcast on the festival’s website: https://riverrunfilm.com/.

A specific broadcast time has yet to be determined but will likely be around 7 p.m. Tickets will be available for purchase by members on April 8 and by the general public on April 12. The complete schedule will be accessible through the RiverRun website, as are ticket sales.

The 23rd annual RiverRun festival will be held May 6-16 of this year and marks the 18th year since the festival migrated east from Brevard to Winston-Salem. Back then, the festival ran only four days. It has become one of the most popular annual events in the region and a major component of the arts scene here, attracting filmmakers and film fans alike from far and wide.

Much like the actual launch party, this presentation will include remarks from Rob Davis, the festival’s executive director, and Winston-Salem Mayor Allen Joines, among others, as well as a highlight reel showcasing this year’s film offerings and the announcement of special guests who will be attending the event.

In addition, it will include a detailed description of Elevant, the virtual screening system RiverRun will utilize this year, as well as the outdoor screenings and other special events the festival has in store.

Despite having to cancel last year’s festival, RiverRun’s ongoing series of virtual and drive-in screenings proved successful last year, and that will be the format for this year’s festival. The festival received over 1,500 submissions and selected 132, encompassing 41 features and 91 shorts, representing 24 countries.

Davis believes that this year’s line-up is one of the strongest ever and admits to being surprised – pleasantly so – by the submissions’ overall quality. As popular as RiverRun has become over the years, having earned a deserved reputation as an audience- and filmmaker-friendly event, he also lauds filmmakers’ determination and tenacity to make their films under such adverse circumstances as COVID-19.

“We had no idea how many submissions we’d receive given the strange circumstances in which we’ve all been operating, but I’m thrilled to say that the overall quality of films was exceptional,” he said.

Davis is not one for picking favorites, but there are some films he’s anxious to see how audiences react to, including The Dry, a complex murder-mystery starring Eric Bana set in the Australian Outback, based on Jane Harper’s best-seller, which Luke Buckmaster of The Guardian hailed as “gripping, tough, and psychologically intense … a very gripping and polished film, commandingly performed and directed, with an airtight sense of tonal cohesiveness.”

Another film, which was originally scheduled as last year’s closing-night film, the fact-based comedy/drama Dream Horse, starring Toni Collette and Damian Lewis, will instead be screened at this year’s. Reviewing the film at last year’s Sundance Film Festival, Nick Allen of rogerebert.com wrote: “This is the kind of unabashed crowd-pleaser that was made with care,” and Corey Bulloch of UK Film Review observed, “It’s the impassioned down-to-earth performances from the ensemble which gives an infectious pride to the whole affair … an uplifting, charming true story filled with inspirational warmth for all the dark horses and dreamers out there, wonderfully told through the heartwarming performances from Collette, Lewis and (Owen) Teale.”

The film’s distributor, Bleecker Street Media, believed so strongly in its potential that it opted not to release it on-demand and instead wait until more theaters had opened. Thus, Dream Horse rides again at RiverRun.

There will also be retrospective screenings, including one of the 1969 Disney comedy classic The Love Bug, starring Dean Jones, Michele Lee, and the inimitable Buddy Hackett (as “Tennessee Steinmetz”), which became one of the studio’s most beloved live-action franchises.

Many of the outdoor screenings will be of films made in North Carolina, both to showcase the talents of the state’s filmmakers but also because filmmakers might be more inclined to attend screenings not far from home. The films that will be screened outdoors will also be made available for virtual viewing shortly thereafter.

“We’ve put together a line-up which I can honestly say can be enjoyed by everyone,” Davis said.

For more information, call 336.724.1502 or visit the official RiverRun website, which is regularly updated: http://riverrunfilm.com/.