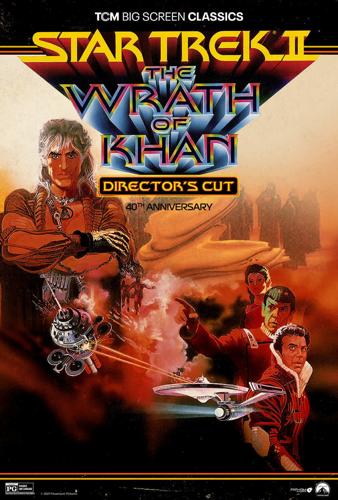 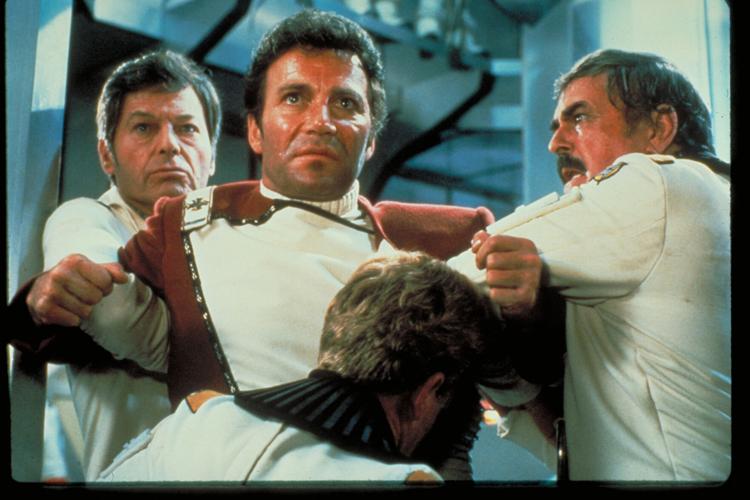 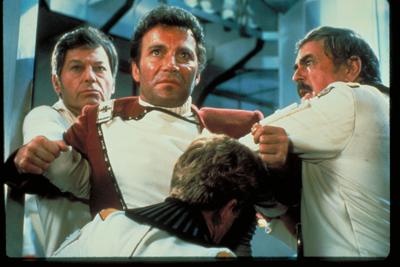 I’ll admit it: In my wayward youth, I was a huge Star Trek fan. Call me a “Trekkie” or “Trekker,” but I loved the television series and was totally jazzed for Star Trek: The Motion Picture in 1979. Unfortunately, despite spectacular special effects and an Oscar-nominated score by Jerry Goldsmith (still my favorite composer), the film fell short.

Whatever my concerns for the franchise were, when I saw Star Trek II: The Wrath of Khan in 1982 (on opening day – of course!), those concerns were laid to rest. It was everything a Star Trek movie should be, and that sentiment was shared by a vast majority of fans, who ensured its ongoing status as a profitable franchise, on both the large and small screens.

Now, Fathom Events has teamed up with Turner Classic Movies and Paramount Pictures to bring the director’s cut of Star Trek II: The Wrath of Khan to the big screen in honor of the film’s 40th anniversary. Of the hundreds of theaters nationwide offering this special presentation, two are here in the Piedmont Triad: The Regal Greensboro Grande Stadium 16, 3205 Northline Ave., Greensboro, and the Regal Palladium Stadium 14, 5830 Samet Drive, High Point.

Nicholas Meyer, who made his feature directorial debut with Time After Time (1979), assumed the directorial reins for The Wrath of Khan, which reunited the entire cast from the series: William Shatner, Leonard Nimoy, DeForest Kelley, James Doohan, George Takei, Walter Koenig and Nichelle Nichols, joined by Paul Winfield, Bibi Besch, and newcomers Kirstie Alley and Merritt Butrick. But the most important element was the return of Ricardo Montalban as Khan, the genetically enhanced super-human introduced in the 1967 Star Trek episode “Space Seed.”

While on a routine training mission, the crew of the U.S.S. Enterprise is confronted by Khan, who has commandeered the U.S.S. Reliant and has come into possession of the Genesis Project, which can turn lifeless moons into thriving planets. In the wrong hands, however, Genesis can be a tool for unspeakable destruction, which is precisely Khan’s intent as he wreaks vengeance against his old nemesis, Admiral James T. Kirk (Shatner). The film was controversial even before it opened when it was revealed that a major character would not survive, which only fueled curiosity and interest.

The film earned plaudits from the critics and set an opening-weekend box-office record, grossing over $14 million. Needless to say, the record has since been broken numerous times, but back then that was a clear indicator that Star Trek was still a very viable franchise. Shatner won the Saturn Award for Best Actor and Meyer the Saturn Award for Best Director. Some fans still consider it to be the best in the series. Star Trek II: The Wrath of Khan is rated PG.

For those who want to “keep on Trekkin’,” September 6th has been designated “Star Trek Day,” and Paramount Home Entertainment will commemorate this landmark by releasing all six of the original feature films in a 4K Ultra HD combo: Star Trek: The Motion Picture retails for $30.99, while Star Trek II: The Wrath of Khan, Star Trek III: The Search for Spock, Star Trek IV: The Voyage Home, Star Trek V: The Final Frontier, and Star Trek VI: The Undiscovered Country (also directed by Nicholas Meyer) each retail for $25.99, and each boast bonus features. Paramount is also releasing “Star Trek: The Original Motion Picture Collection” ($94.96 retail).

In addition, an upcoming issue of Shock Cinema magazine (https://shockcinemamagazine.com/) will feature an in-depth interview with Nicholas Meyer written by yours truly in which he discusses his career, including the Star Trek films.

There have been recent reports that Regal Cinemas chain, which is owned by Cineworld Group, is possibly on track to declare bankruptcy due to falling revenue initially brought about by lack of in-theater attendance during the COVID pandemic. Nevertheless, Fathom Events has a number of special screening events scheduled throughout the month of September, including Kevin Smith’s Clerks III, Ever After Happy (the latest in the popular romantic series based on Anna Todd’s best-seller), and the 10th-anniversary commemorative screening of Pitch Perfect. For updates on the status of the Regal Cinemas chain, you can visit the official website: https://www.regmovies.com/.

Yes, it’s true: At the end of Star Trek II I did shed a tear or two, and it’s also true that I attended Star Trek conventions when I was a kid, but I never went dressed in a Starfleet uniform or as an alien. What am I, a geek? Well, actually …