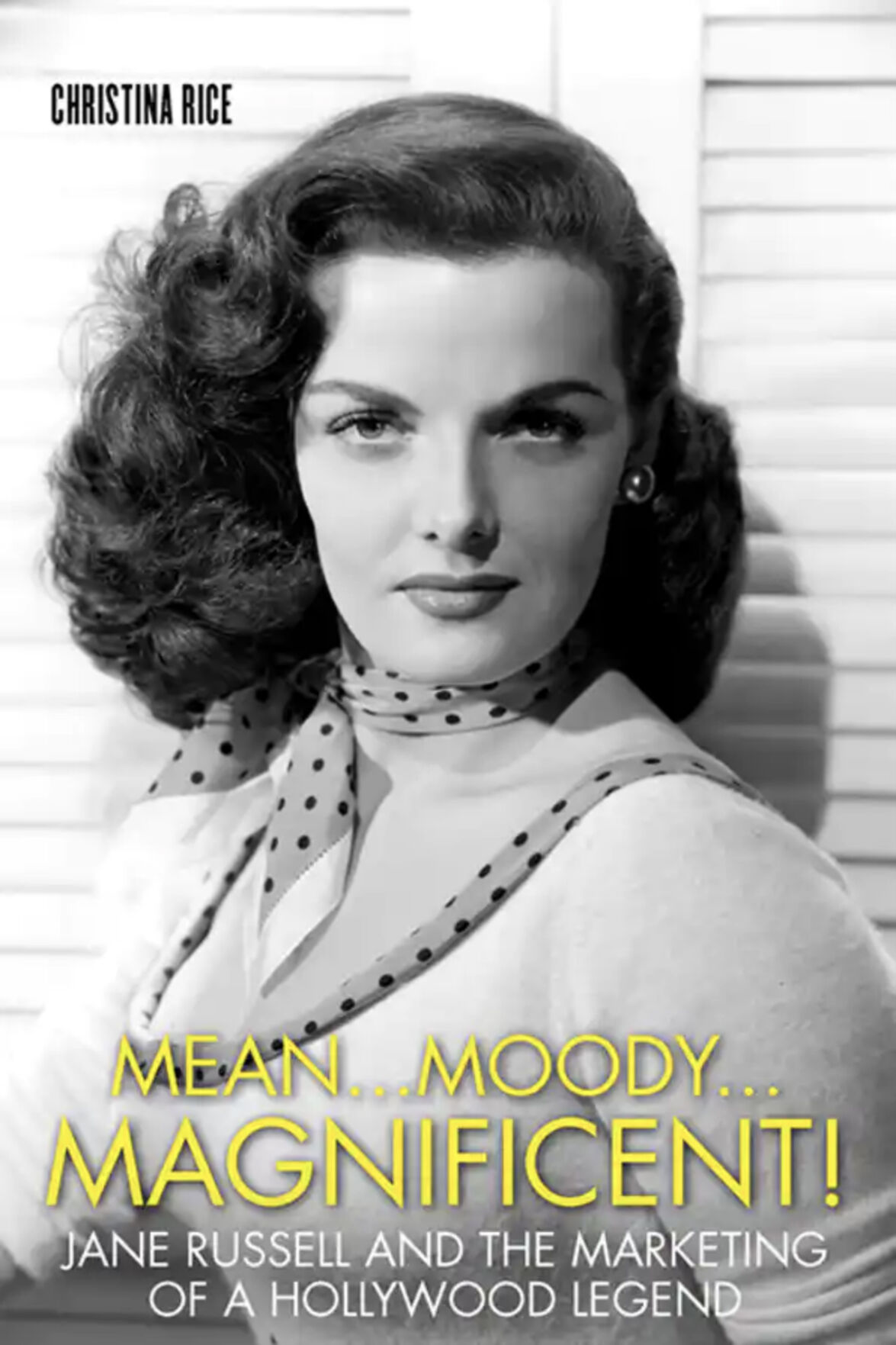 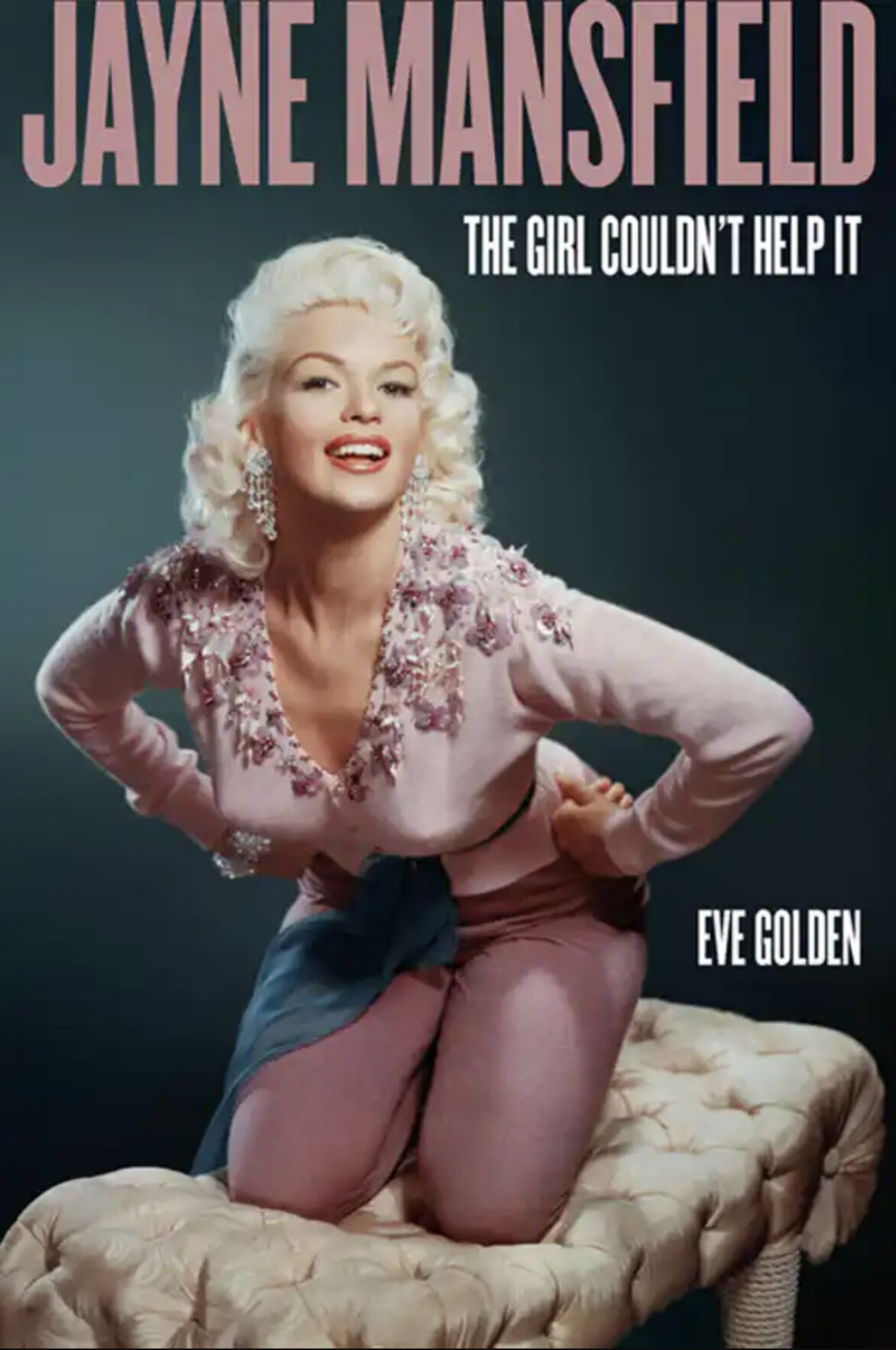 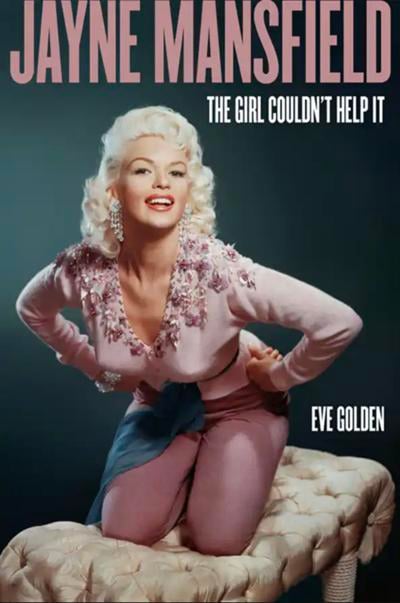 In terms of celebrating vintage Hollywood, The University Press of Kentucky’s ongoing “Screen Classics” series has itself been cause for celebration, consistently delivering first-class, first-rate, highly informative, and entertaining show-biz biographies that are frequently the definitive volumes of those whose lives and careers they chronicle.

Now, two of the most prominent sex sirens of American cinema, Jane Russell and Jayne Mansfield, have each received what some would consider an overdue honor in their respective new biographies: Christina Rice’s Mean … Moody … Magnificent: Jane Russell and the Marketing of a Hollywood Legend (372 pages, $29.95 retail) and Eve Golden’s Jayne Mansfield: The Girl Simply Couldn’t Help It (502 pages, $34.95 retail). Each biography is thoroughly researched, written with insight, candor, and compassion. Fans couldn’t ask for better.

There are distinct parallels in the lives of Russell and Mansfield: Both were “manufactured” as stars – Russell as the quintessential ’40s sexpot and Mansfield in the ’50s as the “next Marilyn Monroe.” Both of their careers were launched on the basis of their physical attributes, which were considerable. Both endured tumultuous romantic relationships and bouts with alcoholism. Both were devoted to their families. When film work dried up, both enjoyed success performing at nightclubs.

Both attracted more than their fair share of headlines, but while Russell parlayed her celebrity status and resultant attention into promoting her tireless efforts on behalf of the IAA (International Adoption Agency), which she founded in the 1950s, Mansfield was simply interested in headlines. Good or bad – and it was often the latter – Mansfield craved the spotlight, even to the detriment of her career and personal life.

Jane Russell earned instant fame – and notoriety – with her very first film, The Outlaw, a “scandalous” Western that now seems remarkably tame, albeit strange. This is entirely due to Howard Hughes, who not only produced the film but directed it as well (replacing no less than Howard Hawks). The film was completed in 1941, but Hughes, as was his wont, waited two years to release it, then kept it in release for several years afterward.

Russell’s relationship with the mercurial, increasingly eccentric Hughes was periodically punctuated by sparring, but there was mutual respect. As for rumors of romantic involvement, it doesn’t seem likely, and to the end, Russell always spoke highly of the mysterious Mr. Hughes.

Russell was also one of the first female stars to launch her own production company, Russ-Field Productions, in collaboration with her first husband, NFL legend Robert Waterfield. Later in life, she had no problem being recognized chiefly as the celebrity spokesperson for Playtex bras. (Indeed, for some people, that may be all they know about Jane Russell!)

She could be contradictory. As a fervent and outspoken Christian conservative, she occasionally made statements that could be described as “politically incorrect.” She spoke out against homosexuality, yet she also embraced her gay following.

At a retrospective screening of one of her best-known films, Gentlemen Prefer Blondes (1954), at the Castro Theatre in San Francisco, the audience was primarily LGBTQ, and there were concerns she would be offended by female impersonators who mimicked her act. On the contrary, she even insisted they pose for pictures with her.

The title Mean … Moody … Magnificent! notwithstanding, there’s no doubt that Jane Russell had a big heart. Yes, she sometimes had a big mouth, but as tough as she could be, she was perhaps toughest on herself.

Jayne Mansfield, on the other hand, wasn’t tough enough on herself. She was hell-bent on becoming a star from the get-go, and this obsessive determination remained unabated.

By that point, the thrice-married Mansfield was only 34 years old, and her career was in steep decline. The majority of publicity she was receiving at this point were reports of drunkenness, public brawls, and infidelity. She had gone from pin-up to punchline and had become her own worst enemy.

But author Golden treats Mansfield with respect and sympathy. It delves deep into her life, past the gossip and (increasingly desperate) publicity stunts that so dominated her career, to reveal the insecurities that truly dominated, and eventually decimated, her life.

In addition to these new releases, the University Press of Kentucky has reissued some of its earlier books in paperback:

—Michael Curtiz: A Life in Film (712 pages, $30 retail) by Alan K. Rode – which was originally reviewed in this very column.

—The official University Press of Kentucky website is https://www.kentuckypress.com/.