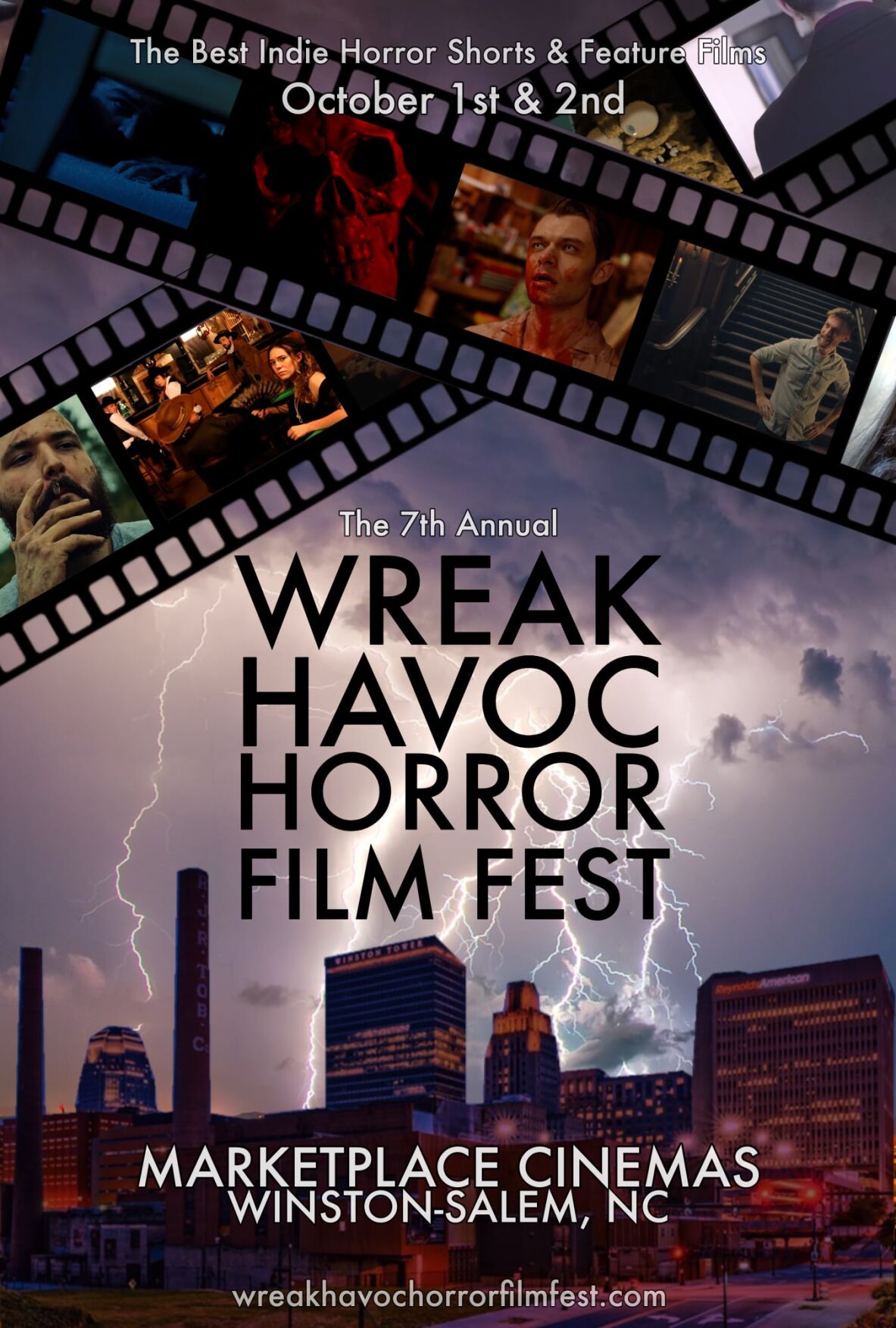 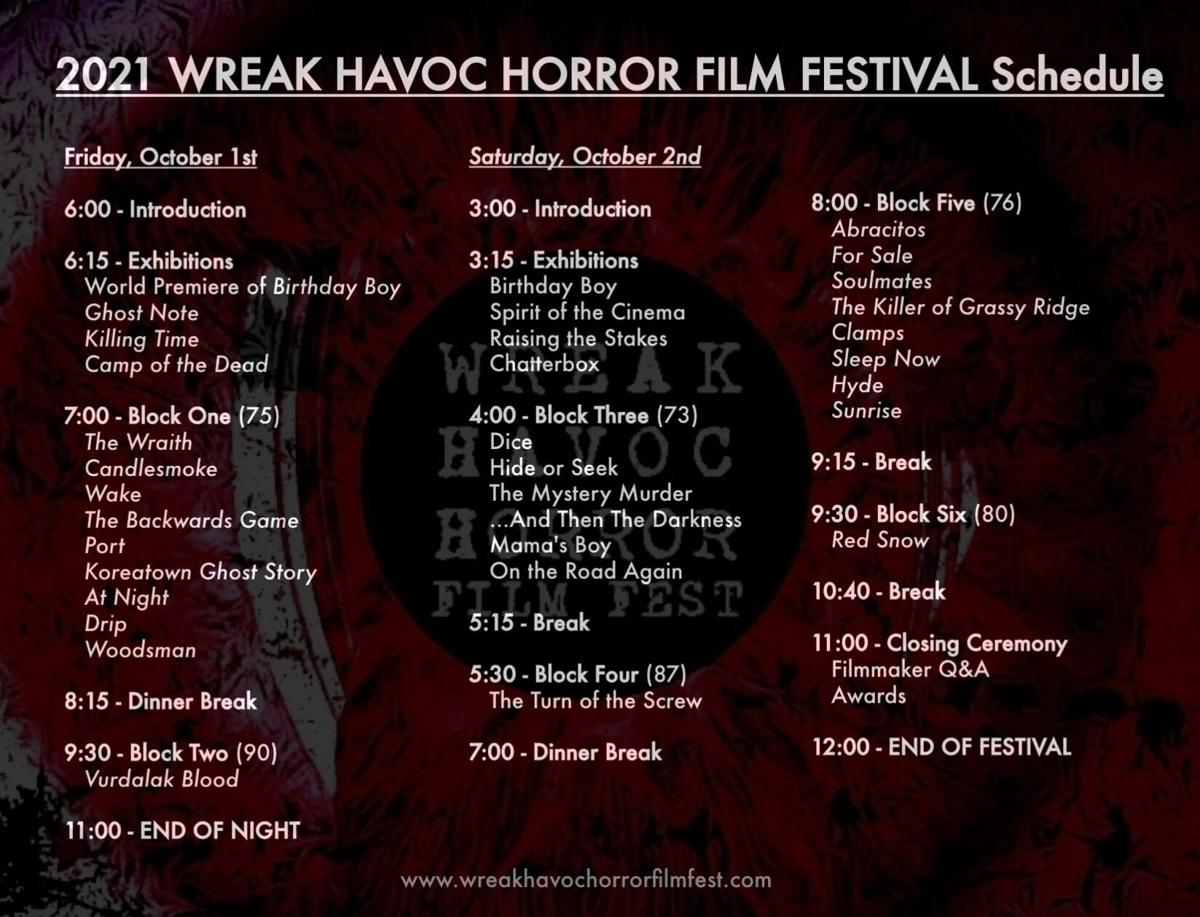 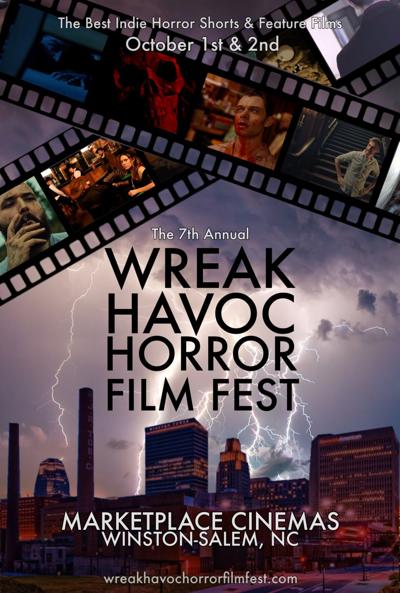 The festival will run from 6 to 11 p.m. Friday and 3 to 11 p.m. Saturday. Tickets are $15 for one day or $25 for both days and can be ordered here: https://www.mpcws.com. As the festival takes place indoors this year, in accordance with local mandates, audience members will be asked to wear masks unless eating or drinking. That said, however, if there’s one film festival in which wearing a mask was appropriate, Wreak Havoc is that festival.

According to festival director Dan Sellers, “last year’s film festival went wonderfully. We weren’t sure how our audience would respond to the drive-in format, but they came out, and we all had a blast.”

Zack Fox, general manager of Marketplace Cinemas, concurred and was eager to re-team with them this year. “After the great success of last year’s Wreak Havoc Festival at our drive-in cinema, we are so excited to have them back,” he said. “This year, the festival will be indoors so the fun, shared experience of watching horror films can be lived to the fullest.”

Following introductions and exhibitions, the festival opener is the world premiere of the latest Wreak Havoc production, Birthday Boy, written by Al Julian and produced and directed by Sellers, followed by several exhibition films.

The festival continues Saturday at 3 p.m. with a screening of exhibition films followed by the second block of horror shorts at 4 p.m.: Dice, Hide or Seek, The Mystery Murder, And Then the Darkness, Mama’s Boy, and On the Road Again. The 5:30 p.m. feature being screened is writer/producer/director Alex Galvin’s contemporary adaptation of the Henry James classic Turn of the Screw.

Following a dinner break, the final shorts program will begin at 8 p.m.: Abracitos, For Sale, Soulmates, Clamps, The Killer of Grassy Ridge, Sleep Now, Hyde, and Sunrise. The 2021 festival will conclude with a feature screening of executive producer/writer/director Sean Nichols Lynch’s award-winning horror satire Red Snow at 9:30 p.m., followed by an informal Q&A with the filmmakers in attendance.

Not surprisingly, there were fewer submissions to this year’s festival, but in terms of quality, Sellers was very satisfied.

“Submissions were noticeably decreased this year, and we predicted as much due to the lack of films being made in 2020,” he said. “It’s totally understandable, and we fully expect submissions to increase next year, but I will say that the quality of our submissions has not diminished. We still received the very best that the local, U.S., and international indie horror scene has to offer! It’s amazing what filmmakers managed to come up with during the pandemic.”

As a result, “there was absolutely no hesitation about doing the film festival this year,” said Sellers. “We had another great and successful year last year, and now with the (COVID) vaccine available and the precautions being taken at Marketplace Cinemas, we feel like we can meet safely in-person and share in some communal frights.”

In addition to being a filmmaker, Sellers also hosts the Wreak Havoc Film Buffs Podcast (http://www.wreakhavocproductions.com/) with partner Sammie Cassell, as well as producing the Carolina Haints Podcast, which explores strange and bizarre phenomena right here in the Tarheel State.

“The Wreak Havoc Film Buffs Podcast has slowed down a bit during the pandemic, but during the month of October should be the exception, as Sammie and I will be discussing a plethora of horror movies leading up to Halloween,” Sellers said. “The Carolina Haints Podcast just started its fifth season, and that show’s popularity and listenership has dramatically increased over the past few seasons.”

Indeed, it has proven so popular that podcast host Jeffrey Cochran and Sellers have collaborated on a new book, Carolina Haints: Folklore and Mysteries of the Old North State, which will be published just in time for Halloween.