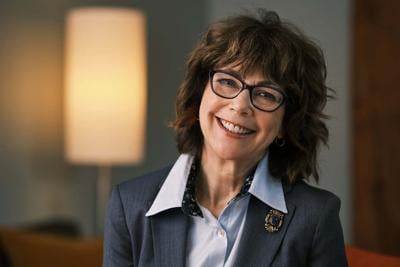 Late last month, it was announced that Deborah LaVine would be the next dean of the School of Filmmaking at UNCSA (University of North Carolina School of the Arts) in Winston-Salem, succeeding interim dean Dale Pollock, who in turn succeeded interim dean Henry Grillo last year.

LaVine will assume her duties July 1, and lead the conservatory’s film program, one of the most illustrious and renowned in the nation, having repeatedly been named among the best film schools by Variety, The Hollywood Reporter, and other industry publications.

LaVine was previously the program director for the graduate-level film-directing program at the California Institute of the Arts (CalArts), where she developed an international exchange program between the directing program and the RISEBA University of Business Arts and Technology in Latvia, the German Film and Television Academy Berlin (DFFB), and the Film and Television School of the Academy of Performing Arts (FAMU) in the Czech Republican. In addition, she developed the CalArts Guest Artist Workshop, which hosted such industry luminaries as Oscar winner Alfonso Cuaron, Darren Aronofsky, Ewan McGregor, James Mangold, Winston-Salem native Ramin Bahrani, and Chloe Zhao, the recent Oscar-winning director, and producer of 2020’s Best Picture Nomadland.

LaVine is also a working filmmaker, directing such acclaimed short films as Prairie Sonata (2011), Lost Music (2014), and the award-winning 2016 feature film Wild Prairie Rose, starring Tara Samuel and Troy Kotsur. Most recently, she was the executive producer and director of the short film Dancing With Shadows. LaVine has also directed numerous stage productions, including the much-praised Deaf West Theater’s Los Angeles production of the Tennessee Williams classic A Streetcar Named Desire, presented in English and sign language. She is currently working with Kotsur on a film project they intend to co-direct.

“As a respected working director, producer, and award-winning filmmaker, Deborah has a passion and enthusiasm for the craft,” said UNCSA Chancellor Brian Cole. “She has an out-of-the-box collaborative style that will provide UNCSA students with the skills to navigate the changing entertainment landscape, and better position them for successful careers in the film, television, and streaming-content industries.”

“I could not be more thrilled to welcome Deborah to an all-star team of leaders at UNCSA who will take our conservatory into the next era of cinematic storytelling,” added Executive Vice-Chancellor and Provost Patrick J. Sims. “Her background in telling diverse stories as well as her ability to be a powerful role model for the entire student body in the School of Filmmaking will be invaluable. Deborah’s collaborative and enthusiastic approach and willingness to dream big will serve as the perfect complement to the amazing work of our talented faculty.”

“It’s an exciting time to be at the UNCSA School of Filmmaking,” LaVine said. “From day one, the school offers students a hands-on approach to learning through innovative programs and utilizing state-of-the-art facilities. I am especially excited by the juxtaposition of experimental art and creating a sustainable future for students. There is a unique opportunity at UNCSA with five arts conservatories on one campus for cross-collaborative experiences that mirror the way the industry is evolving. We’ve seen more disruption in the filmmaking space than ever before, and students must be prepared to think differently and find new ways to tell stories. I’m inspired by the creative possibilities at UNCSA and honored to lead the program.”

LaVine is the second female dean of the School of Filmmaking, following Susan Ruskin, who served as dean from 2013 until 2019. As dean, LaVine will serve on the board of directors of the RiverRun International Film Festival in Winston-Salem and the advisory board of the UNCSA Media and Emerging Technology Lab (METL).