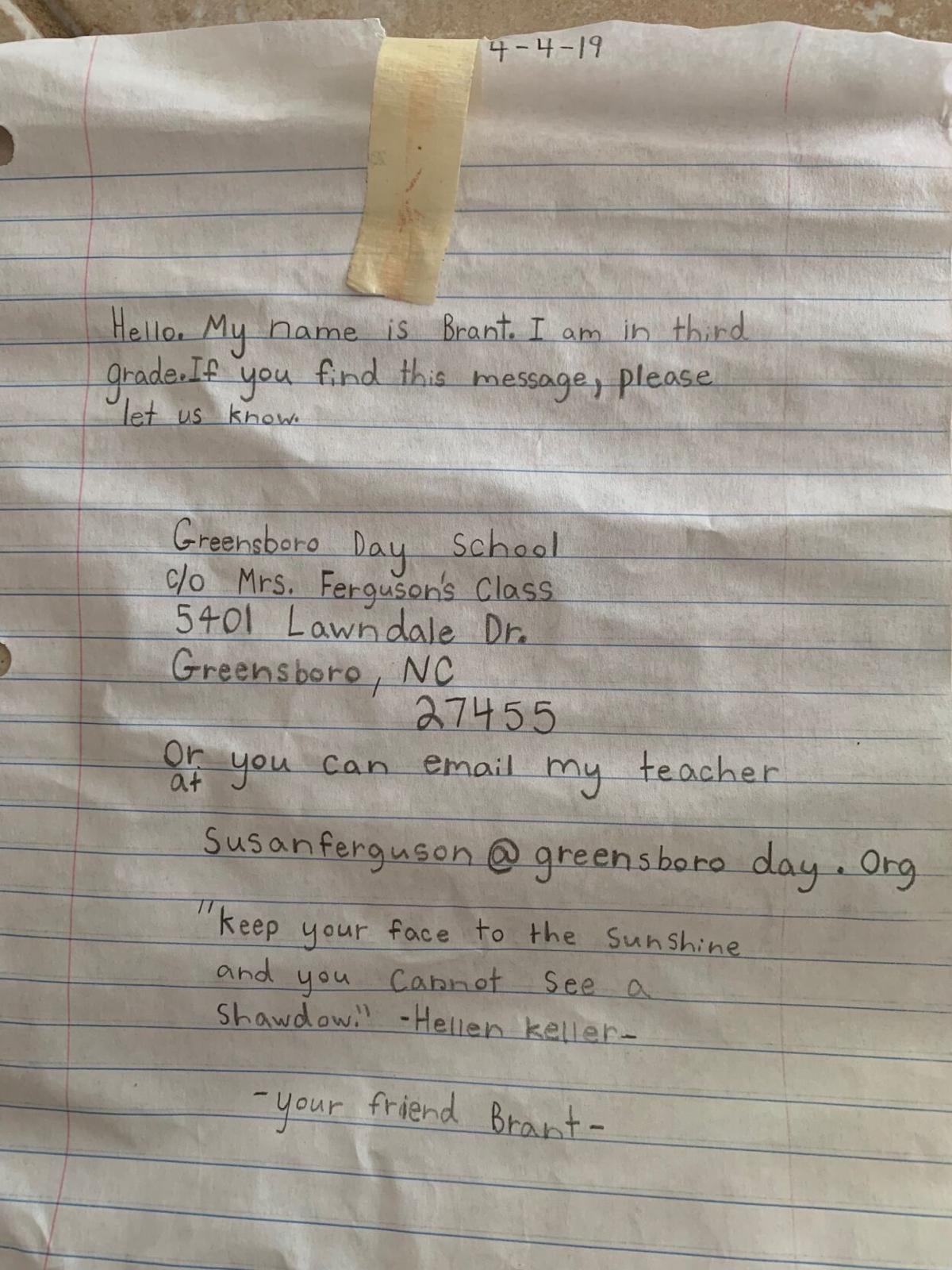 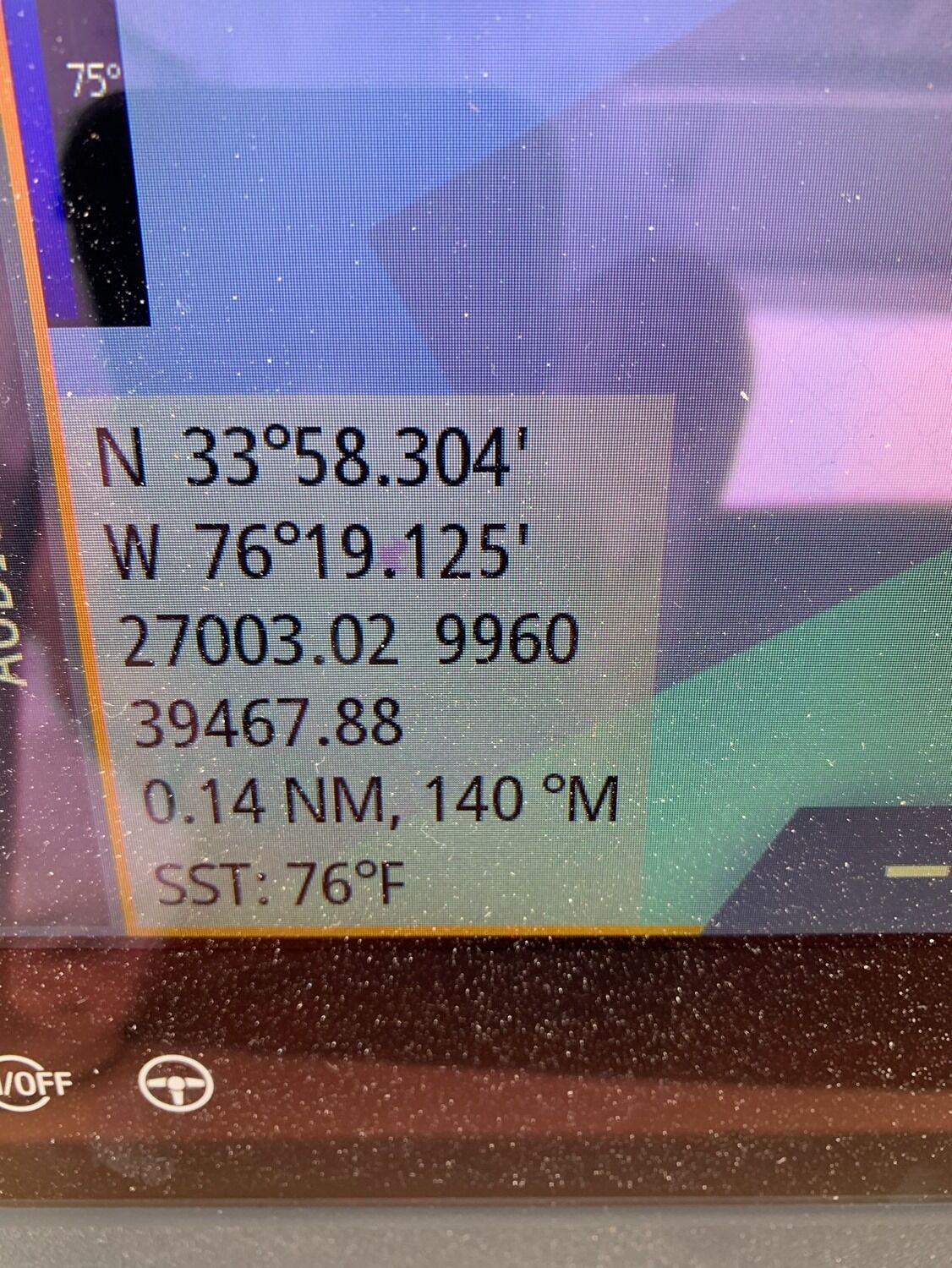 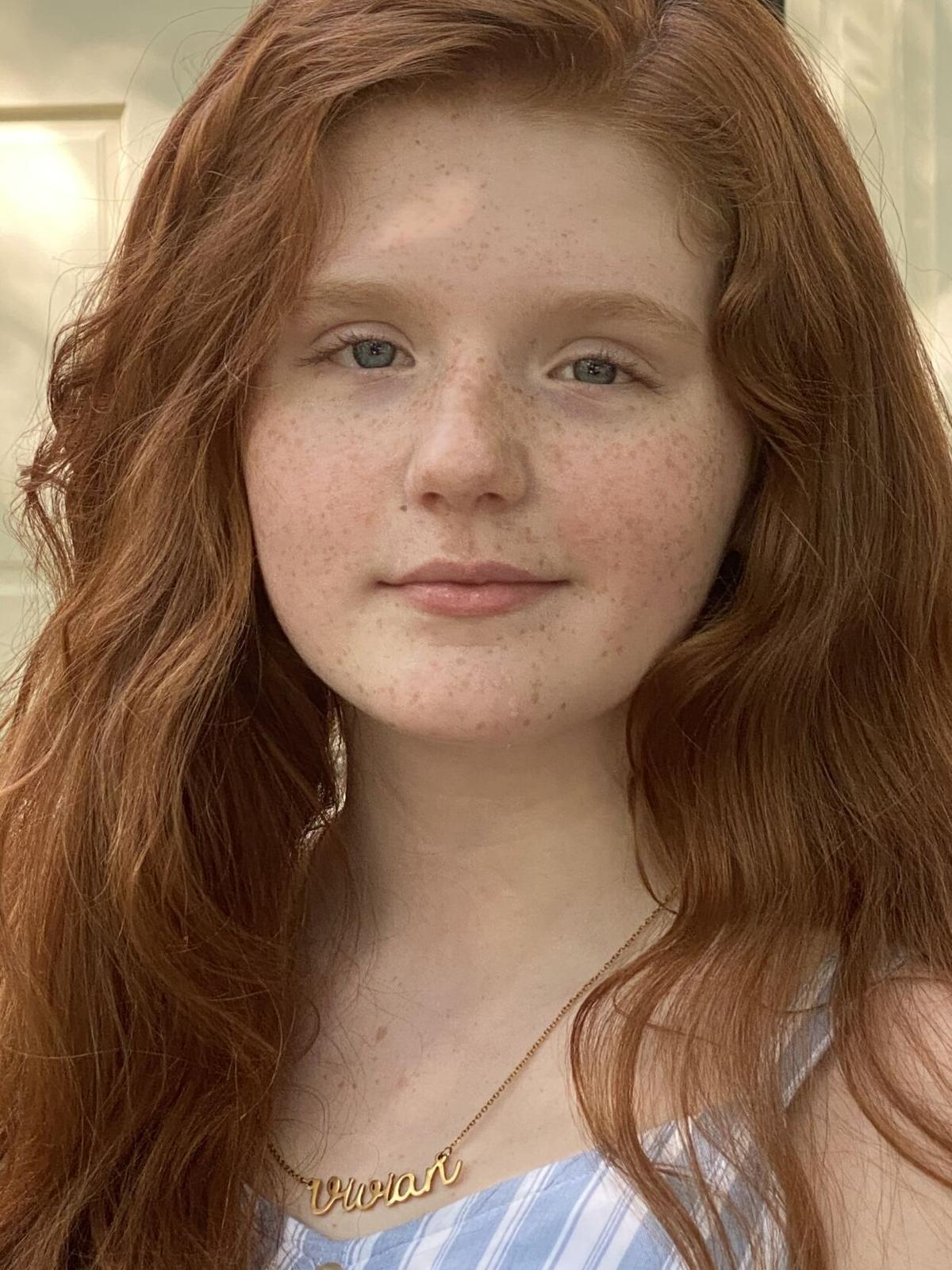 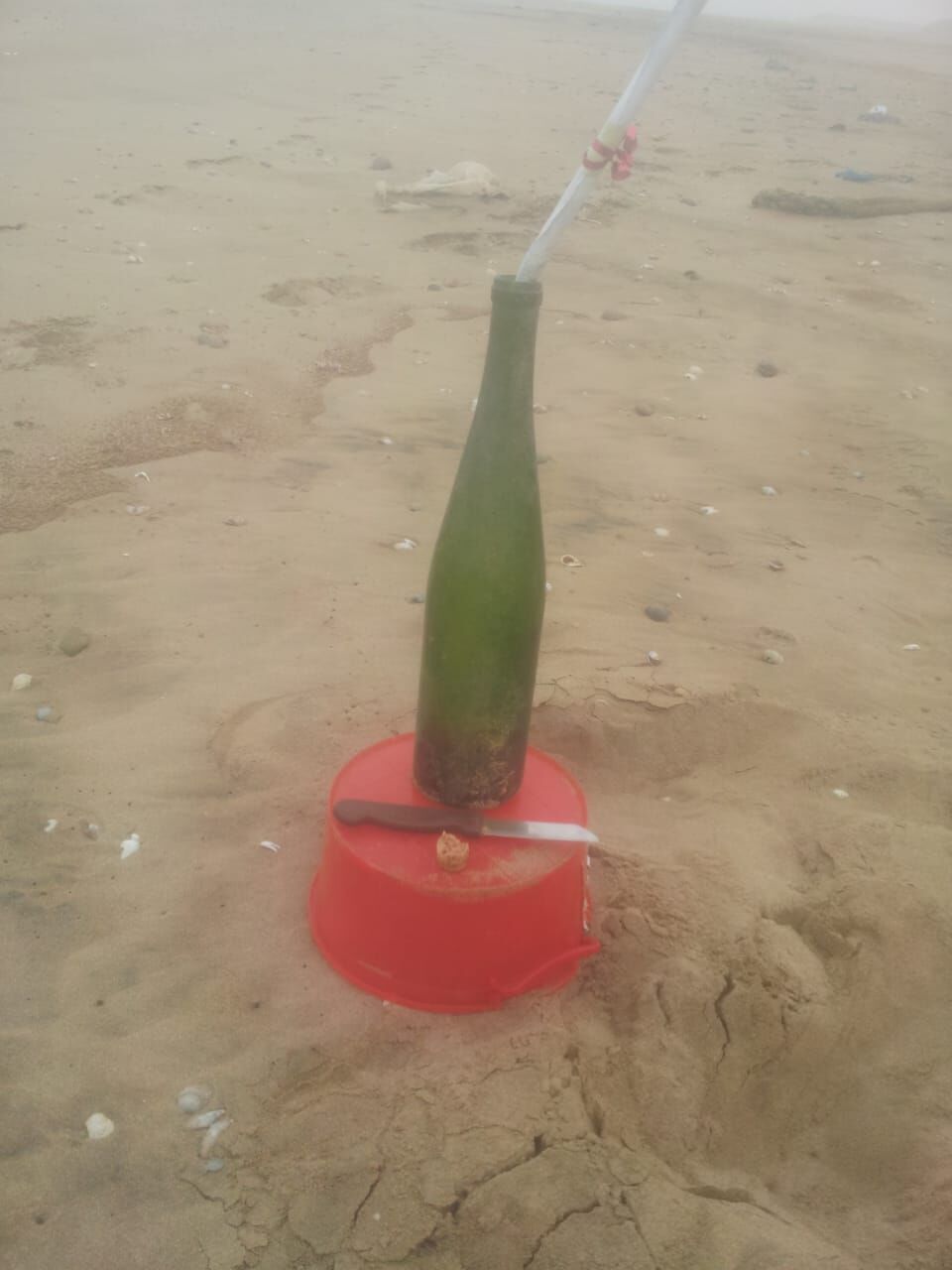 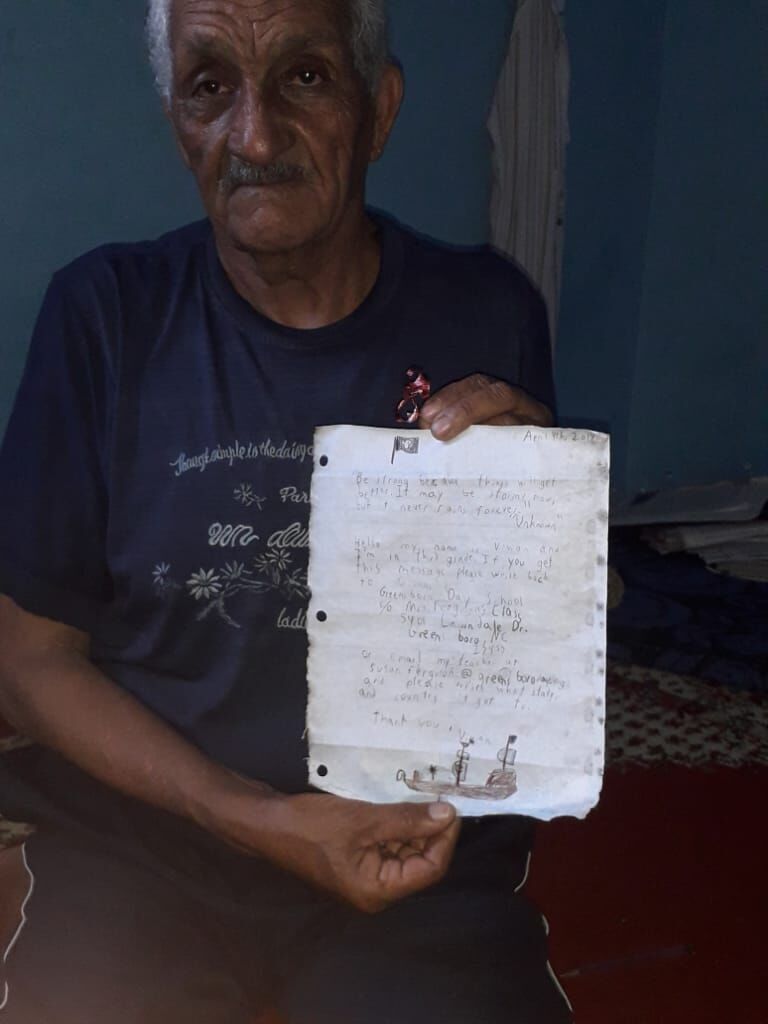 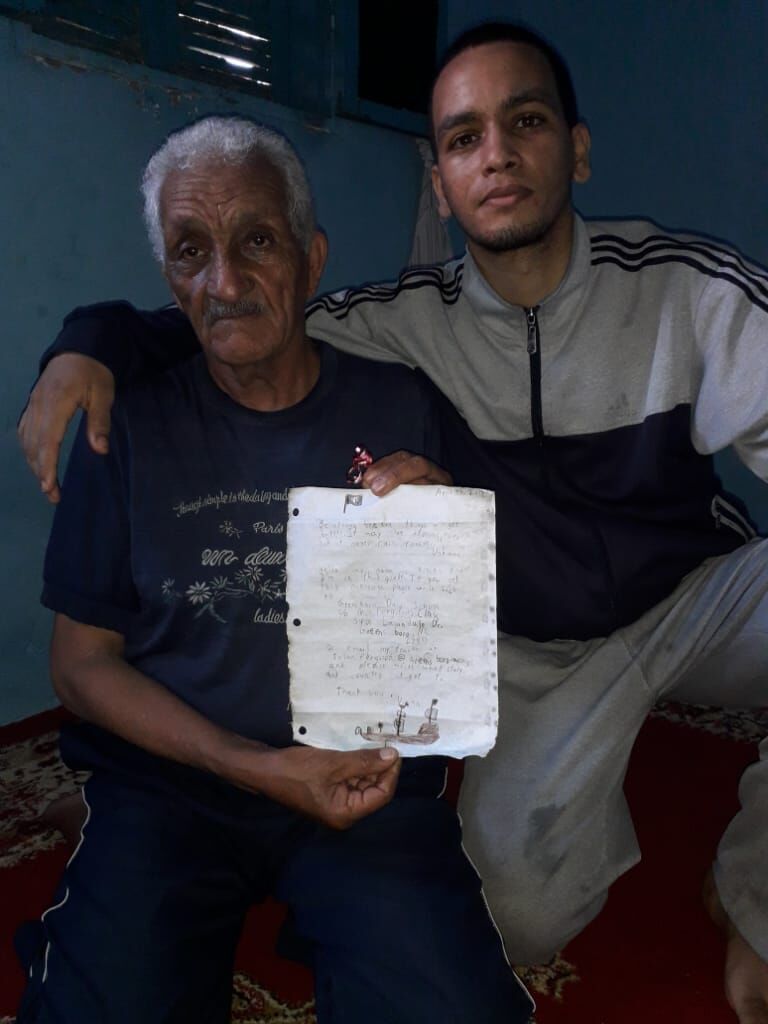 (Greensboro, NC) - In April 2019, Mrs. Susan Ferguson taught Greensboro Day School third graders about the Coastal Plain of North Carolina and the Gulf Stream that resides off the coast. For part of the unit, each student wrote a letter and placed it into individual glass bottles. The bottles were cast into the Atlantic Ocean, requesting a response if found. The activity was part of the “Pirate Day” festivities.

Tyler Richardson, the father of student Brant Richardson, offered to cast the bottles into the Atlantic Ocean when he participated in the annual Reelin’ for Research fishing tournament benefiting UNC Children's Hospital and childhood cancer research. One bottle was “caught” soon after the tournament in May 2019 by Carterican Sportfishing.

More than a year later, Mrs. Ferguson received a second email from a man in Morocco. He responded to let her know that the letter was found intact on White Beach, near Guelmim in Morocco. A fisherman found the bottle, and the man’s nephew translated the letter from student Vivian Byerly, now entering fifth grade.

“While we hoped to receive a response, we know the likelihood of it happening is slim. I was shocked to open my email to find an email with photos.” stated Susan Ferguson, third grade teacher. “I have been in touch with our students, and they were excited to learn about this news. Vivian responded to the fisherman’s family and has received a response from more than 4,000 miles away. I hope we can make this a part of our NC unit for years to come. ”

About Greensboro Day School: Established in 1970, Greensboro Day School is a Pre-K – 12th Grade independent school serving the Triad region of North Carolina. The school enrolls over 750 students, 28% students of color, and has a student-teacher ratio of 7:1. In 2020, the school awarded $2.5 million in financial assistance. Greensboro Day School's mission is to develop the intellectual, ethical, and interpersonal foundations students need to be constructive contributors to the world.